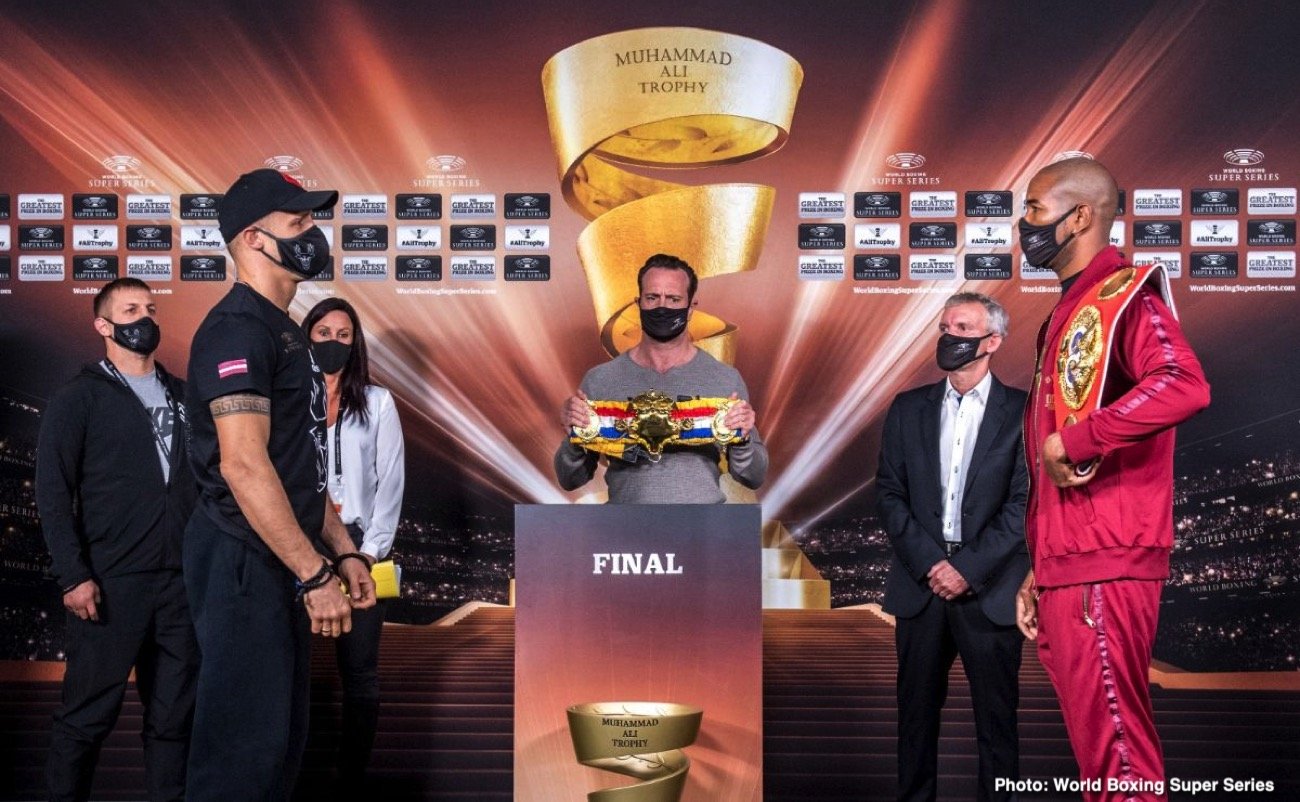 “A Spectacular Fight“ – Briedis & Dorticos Make Weight in Munich – Watch Yuniel Dorticos vs Mairis Briedis live on DAZN in the U.S. & Canada, Sky Sports in the UK, and Bildplus in Germany.

Mairis Briedis and Yuniel Dorticos both made weight ahead of tomorrow’s WBSS Cruiserweight Ali Trophy final at the Plazamedia Studios in Munich.

At the same time, the finalists faced off for the final time and gave their final statements before the battle in Bavaria for The Greatest Prize in Boxing.

“We have done a tremendous job at training camp,” said Briedis. “We truly believe we will show a spectacular fight.”

“I can’t wait for tomorrow night it’s going to be fireworks!” said Dorticos. 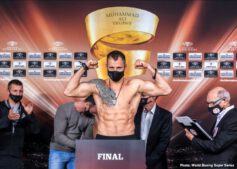 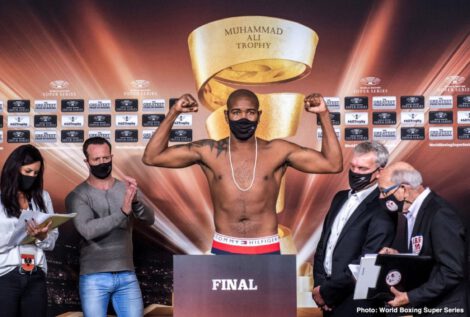 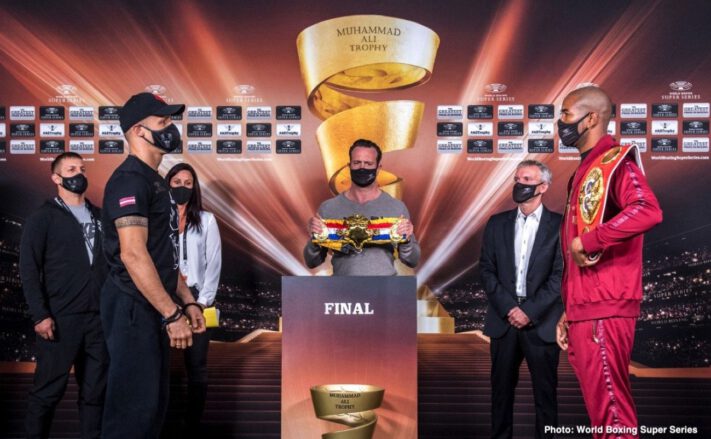 “I am happy we are fighting in such a big boxing country as Germany,” said Briedis. “I trust my team, and I believe they and I have done a fantastic job preparing for this fight. So for Saturday, we should be ready. I can’t wait!

“Hopefully we can bring the fans a classic on Saturday night, a fight that people will remember and talk about for a long time.”

Dorticos told that he will be fighting in the spirit of Muhammad Ali who fought in Munich in 1976.

“I am fighting on behalf of Muhammad Ali’s legacy, we have a special connection to him in our team,” said Dorticos, the Miami-based Cuban holding the IBF title.

“44 years ago Muhammad Ali fought Richard Dunn here in Munich and he produced the last KO win of his career, and I am here to show why I am called ‘The KO Doctor’ and take home the Ali trophy, and become greatness just like the greatest of all times.

“Everybody knows that I come to give it my all, that’s what fighters do, that’s what champions do. To all my fans in Miami and worldwide I give you my love and support, and on Saturday night I will perform at the highest level possible.”

Said Kalle Sauerland, Chief Boxing Officer: “Boxing is back, big-time boxing is back. Live from the Plazamedia Studios this Saturday night in Munich it’s the final of the World Boxing Super Series, the cruiserweight division, the best versus the best. We have seen it this season already with Inoue vs Donaire, Prograis vs Taylor, the number ones against the number twos, and on Saturday night we have an absolute barnstormer!”

The final will be shown live on DAZN in the U.S. & Canada, Sky Sports in the UK, and Bildplus in Germany.

The Road to Munich:
Maris Briedis, tournament No. 1 seed, qualified for the final through wins over Noel Mikaelian (UD) and Krzysztof Glowacki (TKO3), while Dorticos, No. 2 seed conquered Mateusz Masternak (UD) and Andrew Tabiti (KO10) to enter the 200 lbs decider.