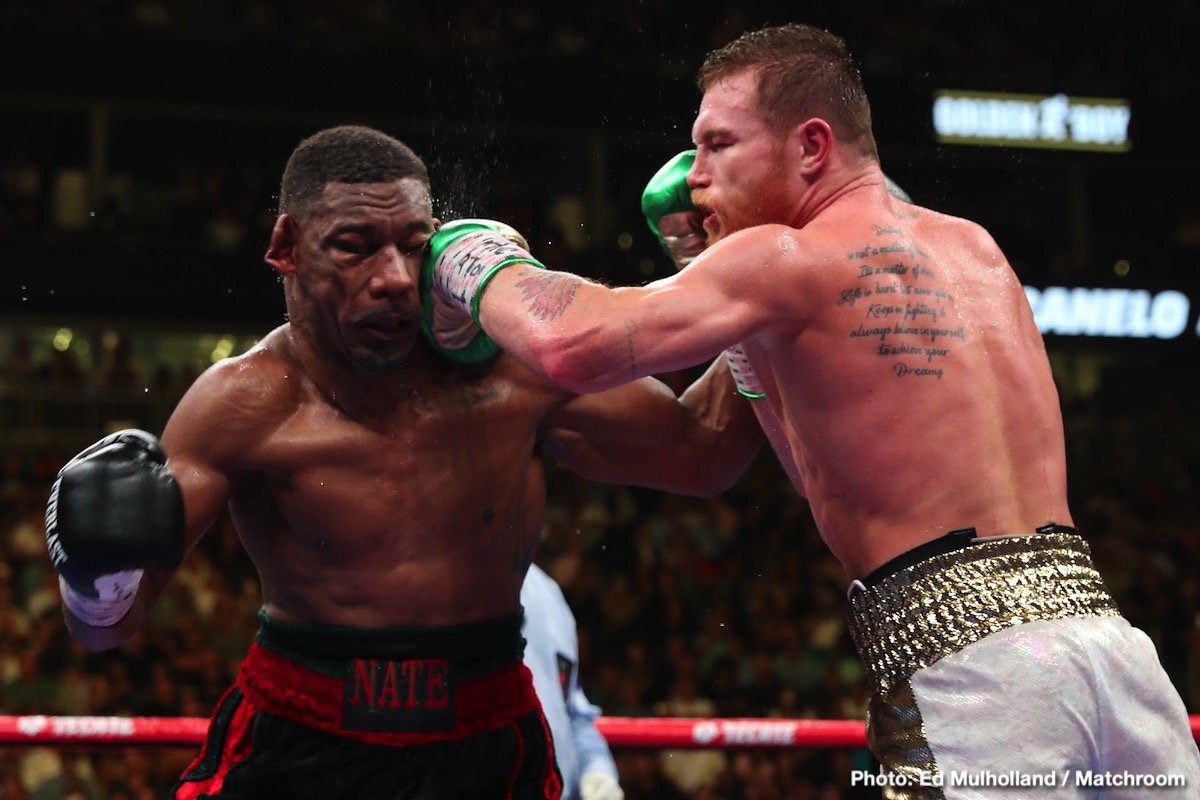 By Dan Ambrose: Daniel Jacobs will be fighting near the end of 2020 against potentially John ‘The Gorilla’ Ryder or Gabriel Rosado on one of Matchroom’s cards on DAZN. It’s believed that the 34-year-old Rosado, who fights at middleweight, will likely be the one that Jacobs (36-3, 30 KOs) faces.

Rosado (25-12-1, 14 KOs) is better known to American boxing fans than Ryder, as he’s fought a lot of top contenders and some champions during his 14-year pro career. Unfortunately, Rosado loses when he faces acceptable opposition, and that’s why he’s a high-level journey type of fighter.

Jacobs is being a wily fox in moving up to 168, as the division only has a tiny handful of talented guys. It’s a weight class where Jacobs can thrive and not worry too much about getting beaten.

The best thing of all is Canelo Alvarez fights at 168, and Jacobs would obviously like a rematch with him. If Jacobs keeps winning long enough against soft opponents like Rosado and Ryder, for example, he’ll eventually get a rematch with Alvarez.

Rosado’s record in his last 13 fights is 4-7. That’s not even a 50-50 record, and it would be shocking if Jacobs were given the green light by DAZN to face Rosado instead of one of the talented, super middleweights. 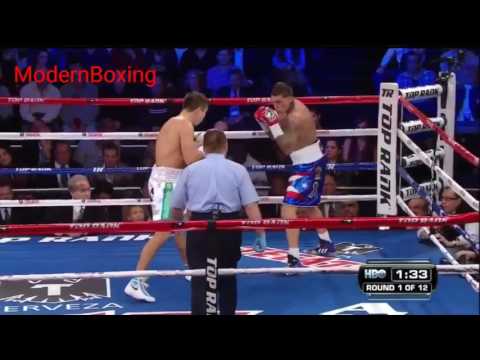 If DAZN does view the unbeaten Billy Joe Saunders or Callum Smith as being premier fighters for Canelo, then what do they think of Rosado with his 25-12-1 record?

Would anyone abject if Jacobs fought one of these fighters on DAZN in the fall?

Ryder (28-5, 16 KOs) is the more talented fighter than Rosado, and he’s rated highly at #6 with the WBA. He lost his last fight to WBA super-middleweight champion Callum Smith by a controversial 12 round unanimous decision on November 23 in Liverpool, England.

Jacobs already made it abundantly clear recently that he wants to fight Rosado due to the trash-talking he’s been doing. However, #11 WBC middleweight contender Rosado would have virtually no chance of beating Jacobs, and the subscribers to DAZN would wind up seeing a poor fight.

Canelo Alvarez received criticism about Avnil Yildirim, David Lemieux, Anthony Dirrell, Callum, and Billy Joe Saunders being mentioned as potential opponents. But if you look at Jacobs, he would be doing far worse if his match against Rosado winds up taking place.

Jacobs would be getting another easy money fight if he faces Rosado, and it would be surprising if DAZN agrees to this mismatch. In Jacobs’ last battle, he defeated over-the-hill Julio Cesar Chavez Jr by a fifth-round knockout on December 20 last year.

Jacobs to fight before the end of the year

“Daniel Jacobs is tentatively back on the calendar for Matchroom before the end of the year,” said Chri Mannix to SI Boxing Podcast.

“It seems like there are two options. Gabe Rosado, the 154, 160-pound world title challenger when he fought [Gennady] Golovkin at 160, against the other options there is John Ryder. Two guys. John Ryder is the more established 168-pounder and had a tough fight against Callum Smith.

“I don’t disagree that the build-up [for Jacobs vs. Rosado] would be much more interesting [than Jacobs-Ryder] because there would be an incredible amount of trash talk. You’d have the quasi-phony separating them at the press conference, and weigh-in and all that stuff would build up.

“But I loved Gabe at 154, and I liked him a little at 160. I just don’t know what he is at 168. I mean, I was in the empty arena in Phoenix when he fought in front of nobody after the venue was emptied because Chavez quit in that fight against Jacobs, and everyone was cleared out. He [Rosado] won, but I didn’t walk away thinking, ‘He’s built to fight at 168.'”

Jacobs is coming off of a win over Julio Cesar Chavez Jr last December. That was a soft touch for Jacobs, and it was a horrible fight to watch. Chavez Jr looked like the shell of the fighter he was in 2012 when he fought Sergio Martinez.

Even if the build-up for the Jacobs vs. Rosado fight is attractive with its pseudo-theatrics, the battle itself will be one-sided. Rosado is a natural 154-pounder fighting Jacobs at 168. For boxing fans hoping to see a good fight, Jacobs vs. Rosado won’t meet that criterion.

“Maybe Maybe I’ve seen too much of John Ryder lately. I was at his last couple of fights. At least his one against Bilal Akkawy where he knocked him out in that fight. He looked good in that fight, and his last four wins have been by knockout. 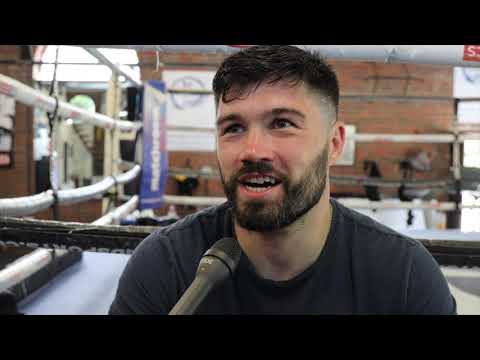 “Maybe I’m just being too much recency bias in my mind. But I look at Ryder vs. Jacobs. I favor Jacobs, but Ryder can fight, and he might be able to pull off an upset. I don’t see Gabe Rosado’s path to victory against Jacobs.”

Ryder isn’t much of a puncher, and he’s short and slow. He probably won’t be able to deal with Jacobs’s size, speed, and power. Jacobs should fight Ryder than Rosado, but the British fighter isn’t well known in the States. He’s not a good option because of that.

Jacobs has got it easy right now with the fighters that are being offered to him. It would be nice to see Danny face  Benavidez, Plant, or Edgar Berlanga, but he probably will steer clear of those dangerous fighters.

“Well, that’s my only issue, and Danny Jacobs has said publically that his goal in these fights as he prepares for a world title shot is to get used to fighting 168-pounders,” Mannix continued. “Well, he’s not going to fight a true 168 against Rosado. Rosado would just be at 168 to fight Daniel Jacobs. I don’t think that fulfills what Jacobs has publically said was his desire in his next fight at super middleweight.

“Maybe a rematch with Chavez Jr [for Jacobs]. Unfinished business. That was a wild scene. I was fortunate not to get hit [when the fans rioted after Chavez Jr quit in the Jacobs fight]. I’ll never forget Keith Connally, the manager for Daniel Jacobs, standing in the ring next to me with a ring card, swatting away the beers being thrown at Jacobs.

“Why was anybody throwing anything at Jacobs is beyond me. But there was a bunch of guys, including Keith, swatting half-filled beer cups going in my direction. Chavez is another one.”

It goes without saying that Rosado won’t help prepare Jacobs for the 168-pound vision, but that’s the path Danny wants. Is Jacobs just fighting for money now, and not looking to test himself?

I see Jacobs as having goals that are opposed to one another. On the one hand, Jacobs is clearly interested in easy fights with him targeting Rosado after beating Chavez Jr., But on the other hand, Jacobs wants the big money fights against the likes of Canelo. 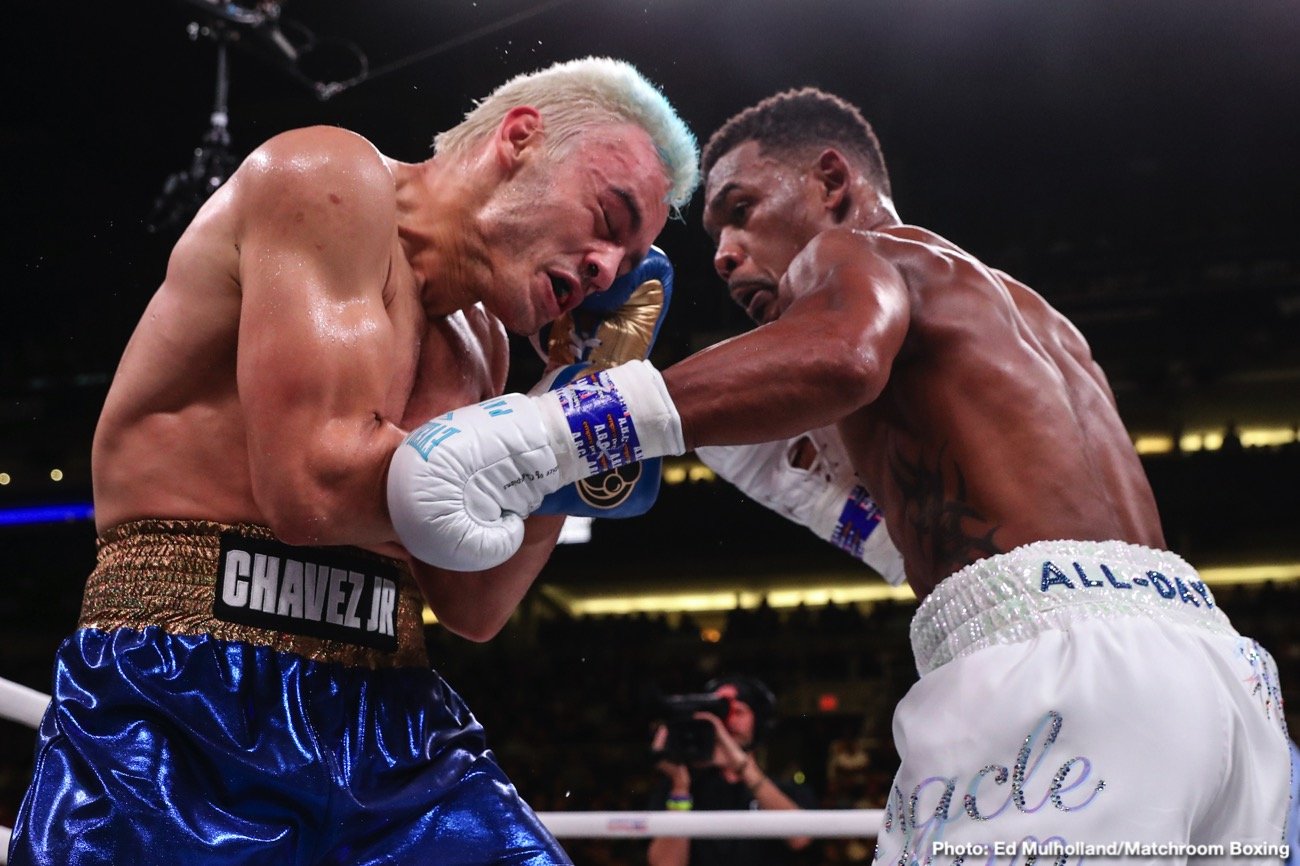 I don’t think Jacobs wants any part of Plant, Benavidez, Berlanga, Callum Smith, or Saunders. I don’t see Jacobs wanting to mix it up against Artur Beterbiev or Dmitry Bivol at 175.

“We don’t need to go too deep into this one, but Chavez is fighting later this month on his father’s card allegedly. His father is headlining with Jorge Arce in an exhibition match. As much as I hate to say it, I think we’re going to see Chavez back in a major fight in 2021.

“Chavez does numbers. That was 10,000, 11,000 paying customers in Phoenix there to see Chavez Jr. They were his fans at that fight. He definitely draws. I think if he wins this fight and gets another one under his belt, I don’t know who it’s going to be or what weight class it’s going to be at, but I think we’re going to see Chavez Jr back. Sergio Martinez?

“What weight will that be fought at? What did Jacobs say to Rosado? ‘I want to thank you for making me a million.’ I think that was his line. He was there available to fight at his last fight against Chavez Jr. So when Chavez Jr was overweight, he had to pay a $million to stay in the ring there. Wild boxing,” said Mannix.

That would be really bad if Chavez Jr and the 45-year-old Sergio Martinez were to fight a rematch right now. Martinez is obviously not the person he once was, and neither if Chavez Jr. There’s no demand for this fight, but it’s probably still going to happen anyway.


« Charles Conwell vs. Wendy Toussaint on October 7 on Showtime