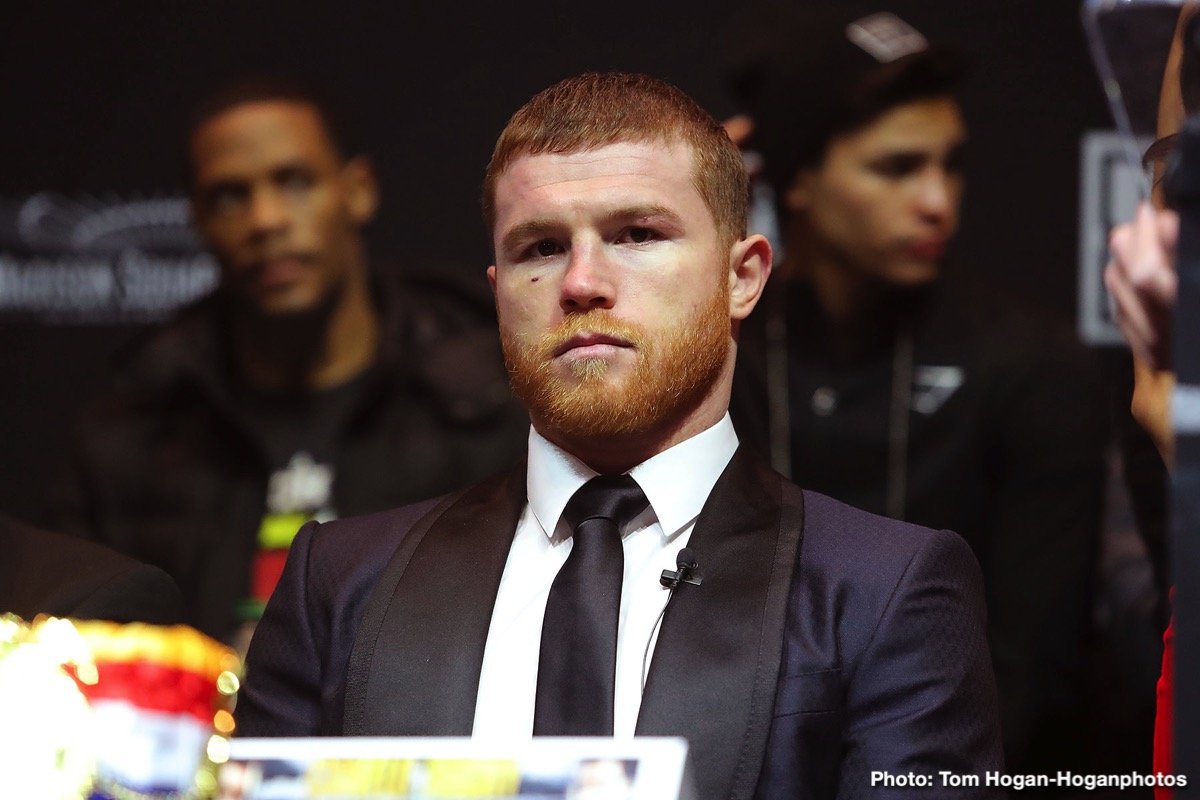 By Dan Ambrose: The former four-division world champion Canelo Alvarez and his promoters at Golden Boy Promotions are said to be having problems with DAZN over the money that they’re offering him for his next fight.

Canelo may not fight this year, which means DAZN might not be showing his match against Avni Yildirim. He’s the guy that has recently been mentioned as Canelo’s next opponent. What a disaster that would be for DAZN if they showed that match to the fans.

The major problem that DAZN has with Canelo’s promoters at Golden Boy, according to Coppinger, is that they feel the promotional company hasn’t “lived up its contractual obligation to deliver one premier Canelo Alvarez event per year.”

DAZN wanted to see Canelo face Gennady Golovkin in a trilogy match after they signed him two years ago. Canelo-Golovkin would bring in tremendous numbers in terms of subscribers to DAZN, but that’s failed to happen. 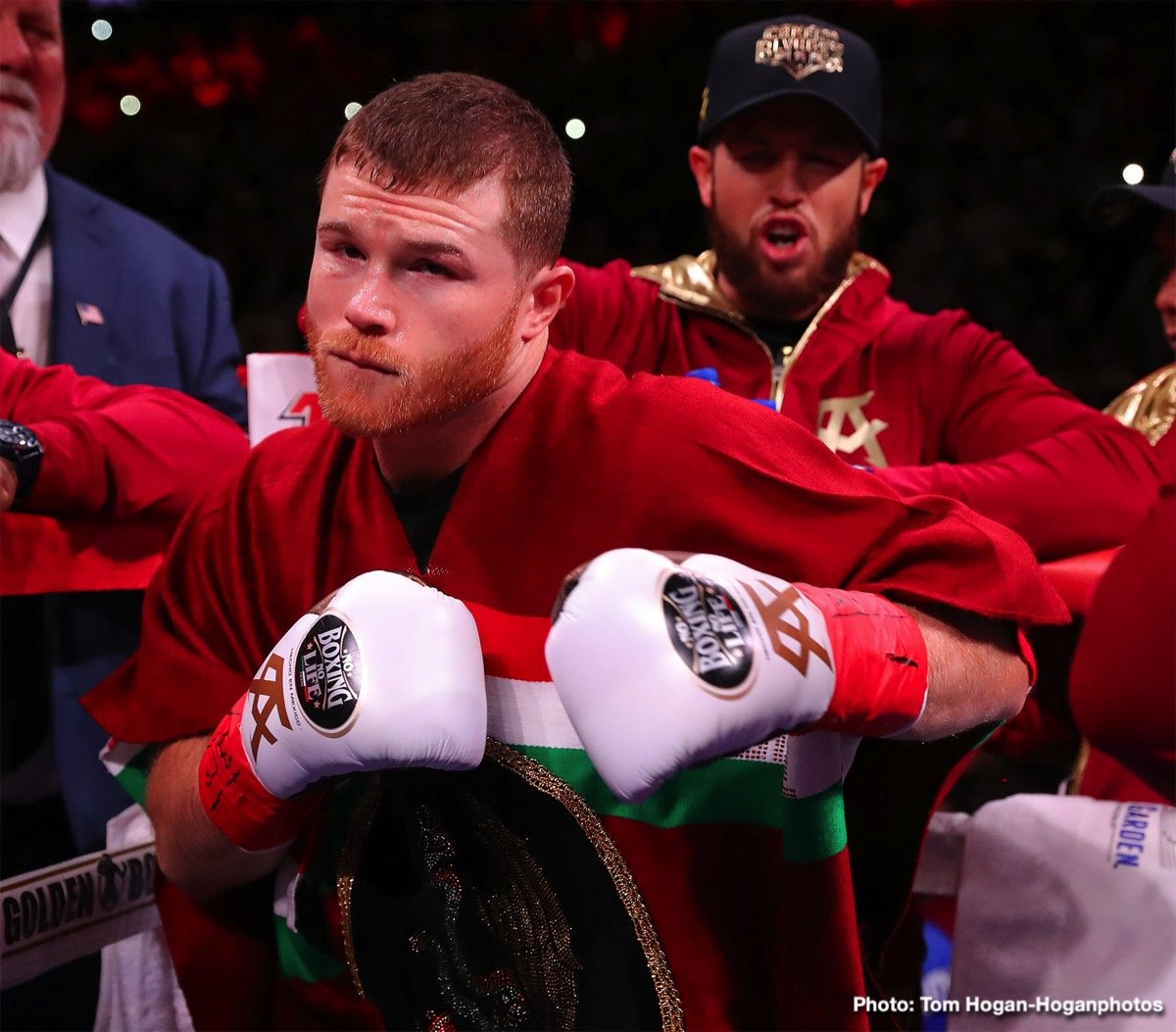 For whatever reason, Canelo has chosen to go in another direction than GGG (40-1-1, 35 KOs) in the last two years; the guys that he’s picked haven’t been hugely popular.

Since signing Canelo to an 11-fight contract in 2018, these are the fights that they’ve gotten out of him:

Jacobs is a good fighter, but he’s not super popular, and he was BEATEN already by Golovkin and Dmitry Pirog. The New York native Jacobs would have been a good opponent for Canelo to fight in the first match of his 11-fight contract, but he’s no substitute for Golovkin.

“There’s growing concern Canelo Alvarez won’t fight in 2020 with DAZN offering about half of the $35M guaranteed and neither side budging, sources tell @TheAthletic,” said Coppinger. “GBP and DAZN are at an impasse over contract language governing his opponents.

“And as outlined in the story, this isn’t about the pandemic and cost-cutting. This is about DAZN’s feeling that Golden Boy hasn’t lived up to its contractual obligation to deliver one premier Canelo Alvarez event per year.“

You can say that Golden Boy whiffed badly when the matched Canelo against Rocky Fielding in 2018. Canelo vs. Fielding is the opposite of a premier event. That was 2018. In 2019, Canelo fought Jacobs and Kovalev. Neither of those fights could be viewed as premier events either.

Canelo could fight Saunders or Smith in November

If Canelo had fought Kovalev back in 2012 when the Russian fighter was still in his prime, it would have been a premier event since then. Nowadays, Kovalev has been looking old, losing to Andre Ward x 2 and Eleider Alvarez. 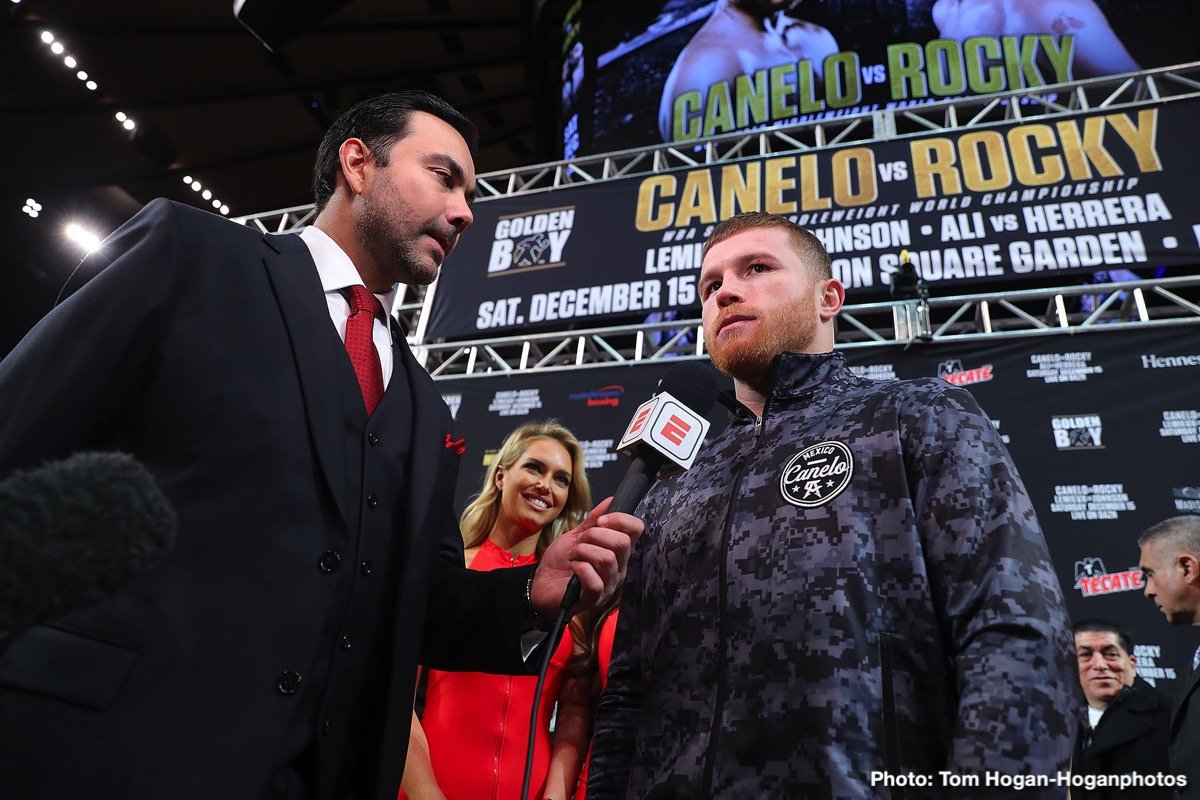 In Kovalev’s fight before facing Canelo, he went life and death with the inexperienced Anthony Yarde. The British fighter Yarde would have been lucky to last two rounds against IBF/WBC 175-lb champion Artur Beterbiev, and yet he came close to beating Kovalev.

Golden Boy should have understood that it wasn’t a good idea for them to match against Kovalev, Fielding, or Jacobs. If you’re trying to bring in subscribers to DAZN and kept them happy, you’ve got to give them the fights that they want.

So if they wanted Golovkin, then, by all means, Golden Boy should have given them that in their first fight. To make DAZN happy, Canelo should have fought Golovkin twice in 2019. If you know that DAZN wants Canelo to fight Golovkin, why wouldn’t you give them that?

“If there’s a sudden change in the coming weeks, which looks doubtful right now, one potential date for Alvarez’s return is Nov. 14, per sources, likely against Callum Smith or Billy Joe Saunders, the same options from earlier this year,” said Coppinger.

Alvarez should face the best

At this point, DAZN might need a more talented opponent for Canelo to fight than Callum Smith or Billy Joe Saunders. Those guys won’t move the needle in terms of bringing in subscribers in the United States.

Casual boxing fans in the U.S don’t know who Callum or Saunders is, and the hardcore variety isn’t impressed with either of them. Smith (27-0, 19 KOs) is coming off of a controversial 12 round decision against John Ryder last November.

Many people think Smith deserved a loss in that fight, as does this writer. Saunders was losing his final battle to little known fringe contender Marcelo Coceres last November when he pulled out an 11th round knockout. That was Saunder’s debut in the States, and he failed to impress.

If Canelo wants to wow the fans for his next fight, he needs to fight one of these guys:

Fans aren’t going to subscribe to DAZN in considerable numbers to see Canelo face Avni Yildirim, Saunders, or Callum Smith. Those are not going to do it. If you’re one of the top brass at DAZN, you can’t be happy with Canelo facing one of those fighters because they won’t attract enough interest from American fans.

Yeah, British followers of Saunders and Callum will be glad if Canelo fights one of them, but they’re not the ones subscribing to DAZN. They need U.S fans to subscribe, and they won’t do that if Canelo faces Smith or Saunders. Those guys are unknown to the average American. 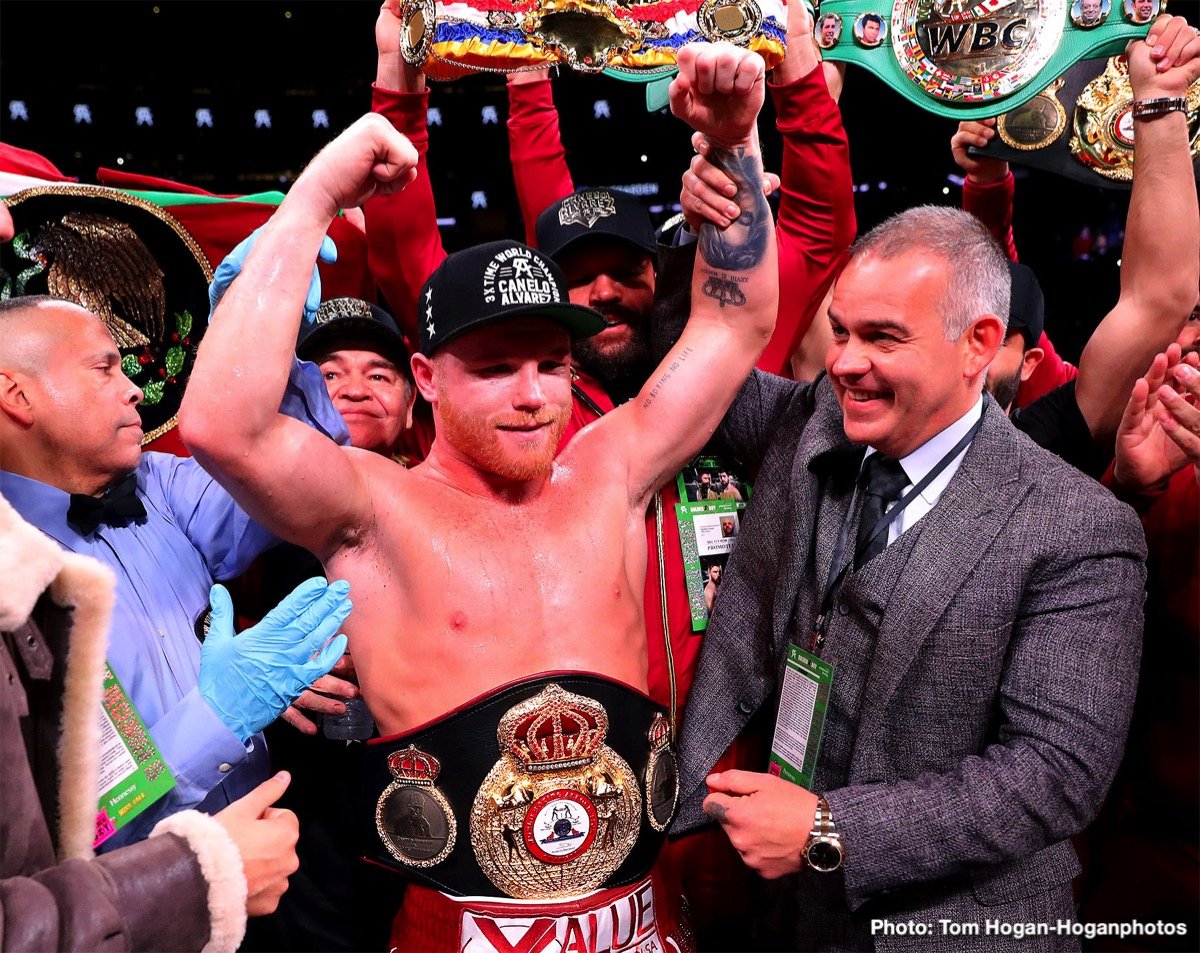 Someone from Golden Boy Promotions should have seen there being potential problems with DAZN a long time ago when Canelo started his contract with the streaming giant fighting Fielding. When you’re starting with a new client, you want to make a favorable impression right out of the blocks.

“The situation is growing messy, and at this juncture, the best-case scenario sees Alvarez return in November or December. At the moment, though, little progress being made toward a 2020 fight with sides far apart,” Coppinger said.

If Canelo is going to fight in November or December, then it’ll be not very helpful unless he faces someone good enough to beat him potentially. Fans want to see drama, and they’re not going to get that if Canelo faces Yildirim, Saunders, or Callum Smith.

Where’s the sense of obligation from Canelo and Golden is what I want to know. If you’re trying to impress your employer, you don’t do it by cherry-picking the weakest champions like Fielding, Kovalev, and Jacobs.

To impress DAZN, Golden Boy should have matched Canelo against this murders row in his three fights with them thus far:

Had Canelo fought those three fighters in his first three matches with DAZN, my guess is there would be no problems at all with the streaming giant. They would likely be quite pleased with how things have gone in terms of subscribers.

Of course, Canelo might have lost to all three of those guys, but he would have at least brought in a vast number of subscribers. It’s about keeping the client happy, and Canelo would have done that by giving DAZN value for their money.

In Canelo’s case, he did the opposite of that. He took on arguably the weakest of the champions at 168 at the time in Rocky Fielding. Things didn’t get better, unfortunately, as Canelo did the same thing in choosing to face IBF middleweight champion Danny Jacobs in 2019 and then WBO light heavyweight champion Sergey Kovalev.

Jacobs and Kovalev were both viewed as the weakest links in their divisions in the eyes of some fans. Jacobs wasn’t on the level of WBC 160lb champ Jermall Charlo or Golovkin. And Kovalev was viewed as below 175lb champs Artur Beterbiev and Dmitry Bivol.