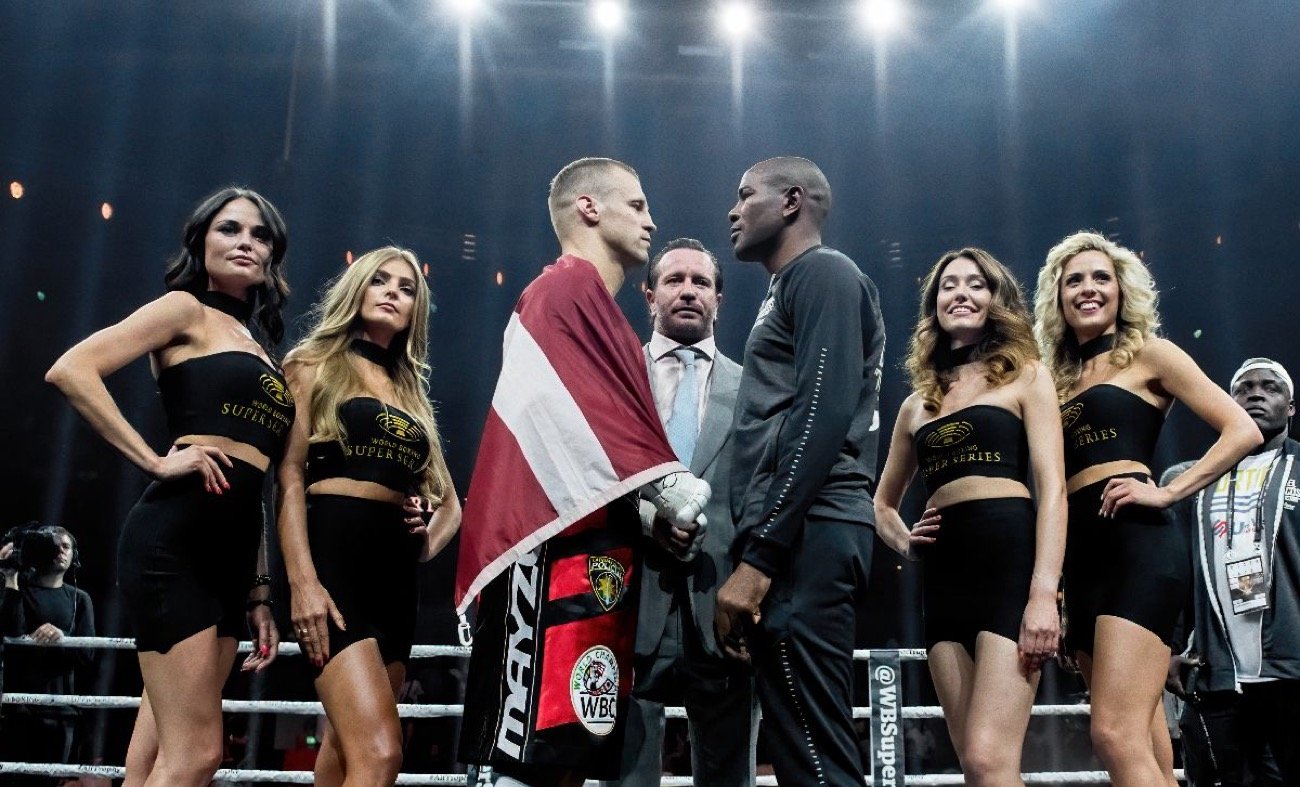 WBSS Cruiserweight Final to be shown LIVE on Sky Sports in the UK – Sky Sports, the UK’s premier sports broadcaster, includes the massive Mairis Briedis vs Yuniel Dorticos Ali Trophy showdown to its schedule on 26 September.

“We are delighted to be delivering another great final to the amazing UK fans,” said Andreas Benz, CEO of Comosa, the WBSS organiser.

“A final for the Muhammad Ali Trophy has proved to be something extraordinary. We have seen that it brings out the best in the boxers which reflects the DNA of our tournament as to deliver and continue to deliver boxing at its very best to fans of the sport.”

Previous WBSS Season II finals shown on Sky Sports – Naoya Inoue vs Nonito Donaire and Regis Prograis vs Josh Taylor – were consensus fights of the year 2019, and Mairis Briedis vs IBF champ Yuniel Dorticos has the same components for another fabulous final.

Said Kalle Sauerland, WBSS Chief Boxing Officer: “Briedis and Dorticos are both massive power punchers, they only move forward, and we’ve seen them both deliver before in the WBSS. So look forward to absolute fireworks on 26 September when the division’s number 1 and 2 clash for the Muhammad Ali Trophy!”

The final will be shown live on DAZN in the US and Sky Sports in the UK.

Shortly after Aleksandr Usyk vacated his IBF title it was claimed by Yuniel Dorticos through a devastating one-punch 10th round knockout of Andrew Tabiti in their semi-final on 15 June 2019. The final is Dorticos’ first defense of the title.

IBF titles have been contested on several occasions in the history of the WBSS, and in fact, the Ring belt has been involved in every final for the Muhammad Ali Trophy. The cruiserweight final is no exception. Mairis Briedis and Yuniel Dorticos are rated 1 and 2 by The Ring at 200 pounds.

Kalle Sauerland, Chief Boxing Officer of the WBSS, says: “The Greatest Prize in Boxing, a historic strap, and an IBF world title is the definition of boxing extravaganza, and it is an occasion not to be missed for boxing fans.

“It’s impossible to predict a winner, but whoever raises the Muhammad Ali Trophy and get those titles strapped around his waist, in the end, is a certified superstar of the sport.”

“When the Ali Trophy and Ring Magazine title is at stake, fight fans will be treated to boxing at its best,” says Gray. “The connection between the World Boxing Super Series and the Ring Magazine belt is that both sides are looking to crown the best fighter in each division.

“I think from what we have seen so far; if you just look at the fighter reactions. Whether it’s been Usyk or Callum Smith, or Josh Taylor or Inoue when they won their finals you can see that they have reached the end of the rainbow.”

The hotly-anticipated World Boxing Super Series Season II Cruiserweight Final will be held on 25 September in a television studio under Covid-19 rules and with no spectators at Plazamedia Broadcasting Center, a leading live sports production house in Munich.

The final will be shown live on DAZN in the U.S. Fans can visit DAZN.com or download the DAZN app to their preferred connected device.

The Road to Munich: Maris Briedis, tournament No. 1 seed, qualified for the final through wins over Noel Mikaelian (UD) and Krzysztof Glowacki (TKO3), while Dorticos, No. 2 seed conquered Mateusz Masternak (UD) and Andrew Tabiti (KO10) to enter the 200 lbs decider.

All tickets for the original Final date in Riga can be refunded until 30 September. Tickets bought through the www.bilesuserviss.lv web-shop will be refunded automatically to the bank accounts used to make the purchase. All other ticket purchasers are asked to contact Bilesuserviss at info@bilesuserviss.lv.