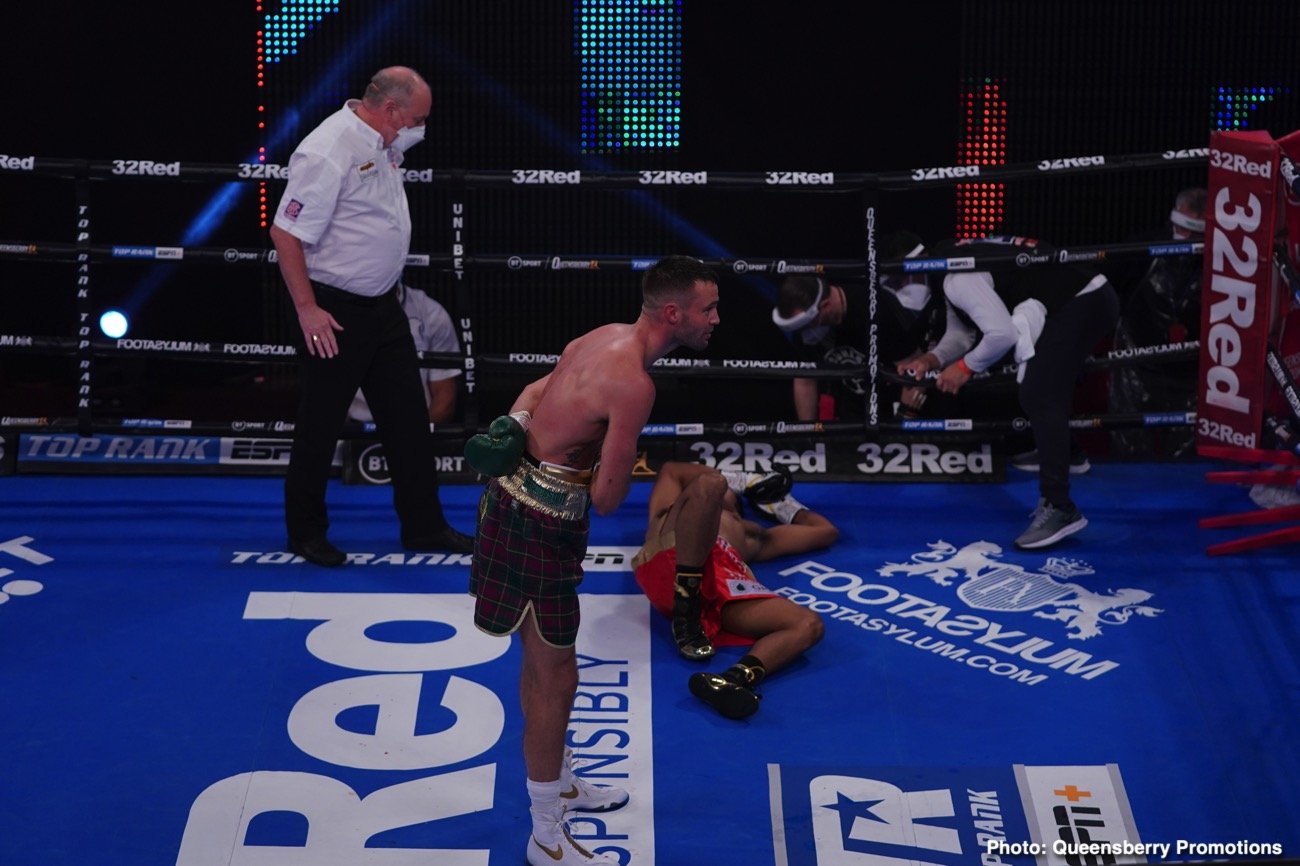 After an uneventful first two minutes of round one, Taylor, 29, suddenly unleashed a short left to the body that sent the Thai fighter Khongsong down on the canvas in agony. Once the referee Phil Edwards realized that Khongson wasn’t going to make it back to his feet, he waved it off. The time of the stoppage was at 2:41 of round one.

Khongsong, 24, was down for a considerable amount of time after the knockdown, and it’s easy to understand why. He was caught with a perfect shot to the liver while attempting to throw a right hand. He wasn’t ready for the punch, and Taylor had a lot of mustard. Joshua is an excellent inside fighter, and Khongsong wasn’t prepared for that type of a sneaky punch.

Earlier in the round, Khongsong landed some powerful right hands that got Taylor’s attempting, making him cautious. Taylor was bouncing around the ring, making sure that he wasn’t presenting a stationary target for the knockout artist Khongsong.

The two fighters came into a clinch near the end of the round. Once they were broken apart, Taylor tagged Khongsong and then pushed forward to attack him on the ropes. It was there that Taylor connected with a nice body shot that flattened Khongsong. The punch took the air out of the Thai fighter’s tires, leaving him deflated on the canvas.

With the victory, Taylor will now meet up with WBC/WBO champion Jose Ramirez in a fight that will likely take place in early 2020. Given how easy this fight was tonight for Taylor, nothing is stopping him from fighting Ramirez in December.

Edwards moved up two weight classes to take the fight, and he looked good in outboxing Williams and showing some nifty moves. Edwards didn’t display any punching power, which is something he’s going to need for him to compete with the top upper echelon level 118-pounders. 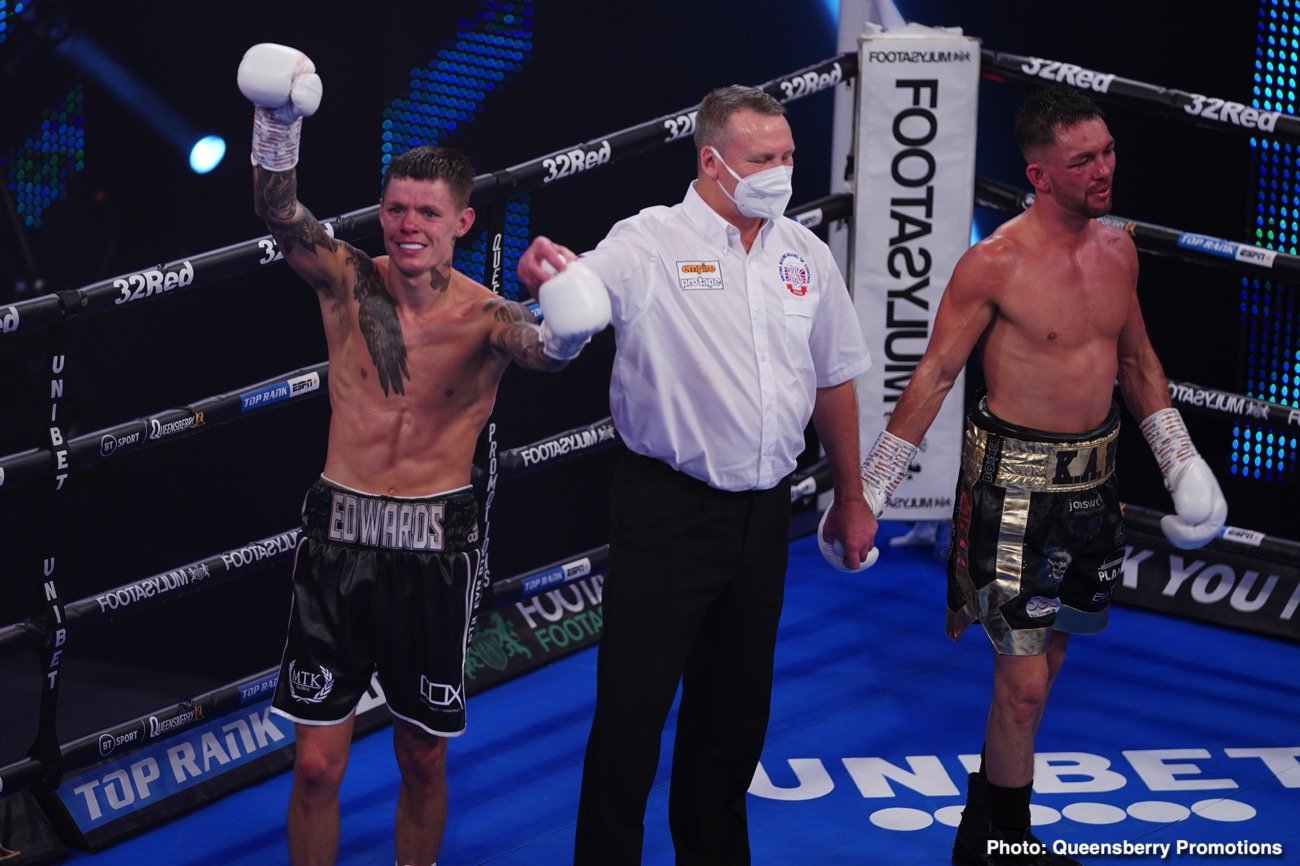 Ionut Baluta (14-2, 3 KOs) pulled off a big upset in defeating WBO European super-bantamweight champion Davey Oliver Joyce (12-2, 9 KOs) by a third-round knockout. Joyce should have realized what he had in front of him, as he was blown out in round three when Baluta suddenly turned on the gas and dropped him with a peak of a left hand.

After Joyce made it back to his feet, Baluta tore into him to finish him off.