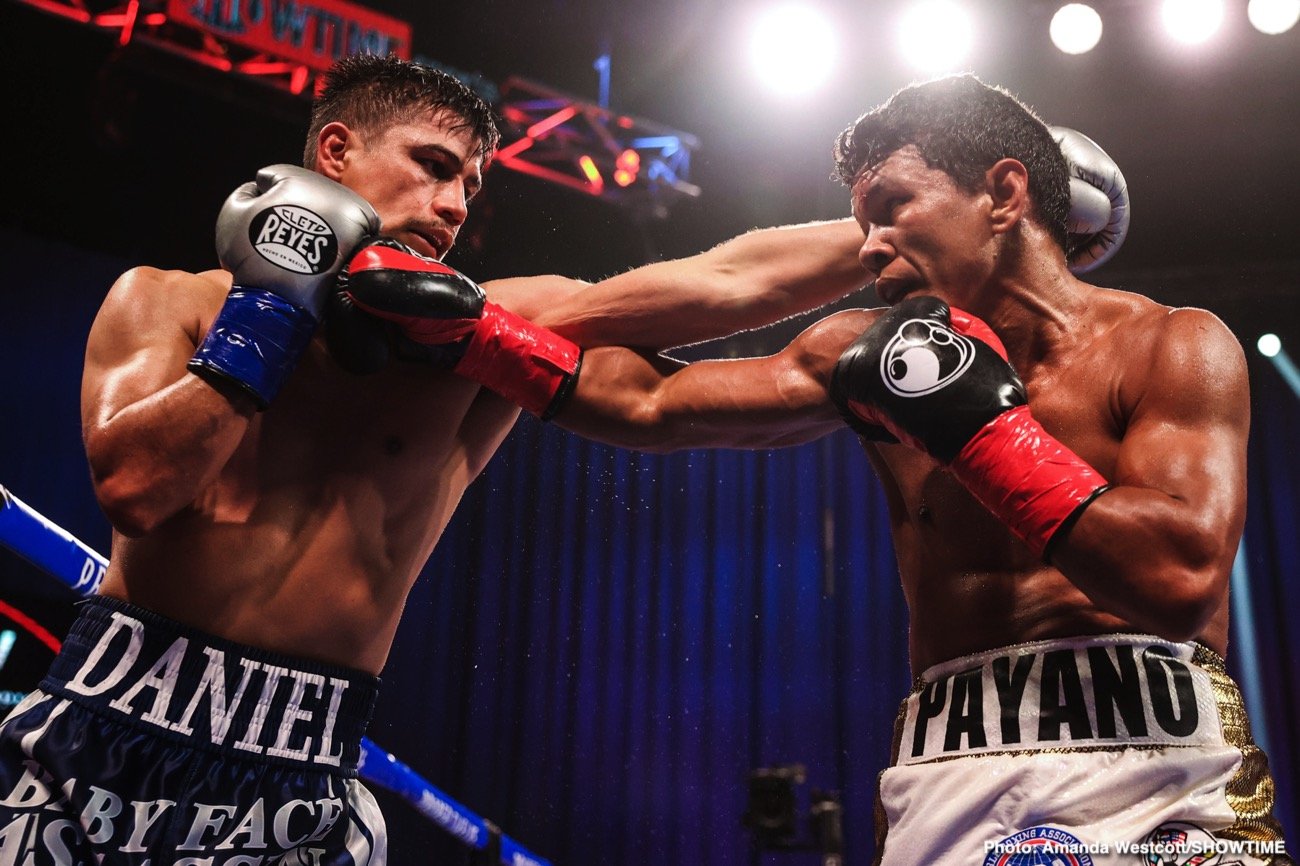 The 36-year-old Payano fought like he’d discovered the fountain of youth along the way in taking the fight to the younger fighter Roman and getting the better of him at times. Payano forced the 30-year-old Roman to have to fight hard for his victory.

In the 12th round, Payano was knocked down by Roman, but he wasn’t given credit. Payano landed a lot of shots on Roman, but they lacked the power to sway the judges.

For Roman, he got back to his winning ways after losing his previous fight against Murodjon Akhmadaliev last January in a 12 round split decision defeat in Miami.

With the win over Payano, Roman is now n the position to fight for the WBC 122-lb title soon.

It wasn’t a good sign that Roman had many problems beating Payano tonight because this was supposed to be a much easier contender. Payano is still a very talented fighter despite his age creeping up on him. If this had been a prime version of Payano tonight, he would have given Roman something to think about.

Making his first defense of his WBO bantamweight title, champion John Riel Casimero (30-4, 21 KOs) destroyed previously unbeaten challenger Duke Micah (24-1, 19 KOs) in the third round of a scheduled 12 round fight.

Casimero, 31, knocked Micah down with a massive shot in the second round. In the third round, Casimero went after Micah in pounding him with shots until the referee Steve Willis stepped in and stopped the fight. The official time of the storage was at 0:54 of round 3.

“I worked hard and got the win tonight,” said Casimero after the fight. “In the first round, I saw the body shot hurt him and thought I could get him out right away, but he’s a good boxer who was undefeated for a reason.

“I’m the real monster. Naoya Inoue is scared of me. You’re next. I would have knocked out anyone today.”

Inoue vs. Casimero would be an excellent fight. Hopefully, Top Rank can make that match before Casimero ages out and is too old to make a fight of it.

Last year in November 2019, Casimero surprised many people in stopping WBO bantamweight champion Zolani Tete in the third round in Birmingham, UK. Going into that fight, fans felt that Tete would be too much for Casimero, but the Filipino warrior pulled off a shocking knockout.

Inoue would be a really big test for Casimero, and it’ll be fun to see which of the two warriors win that match.

The fight was a lot closer than what one judge scored it with his 118-110 score. That is way too lopsided in Nery’s favor, and the fight was much closer.

Nery’s new trainer Eddy Reynoso is trying to tinker with his fighting style, turning him from being a slugger to that of a boxer. That’s not a good idea as we saw tonight. If Nery continues to fight the way he did against Alameda, it’s only a matter of time before he loses.