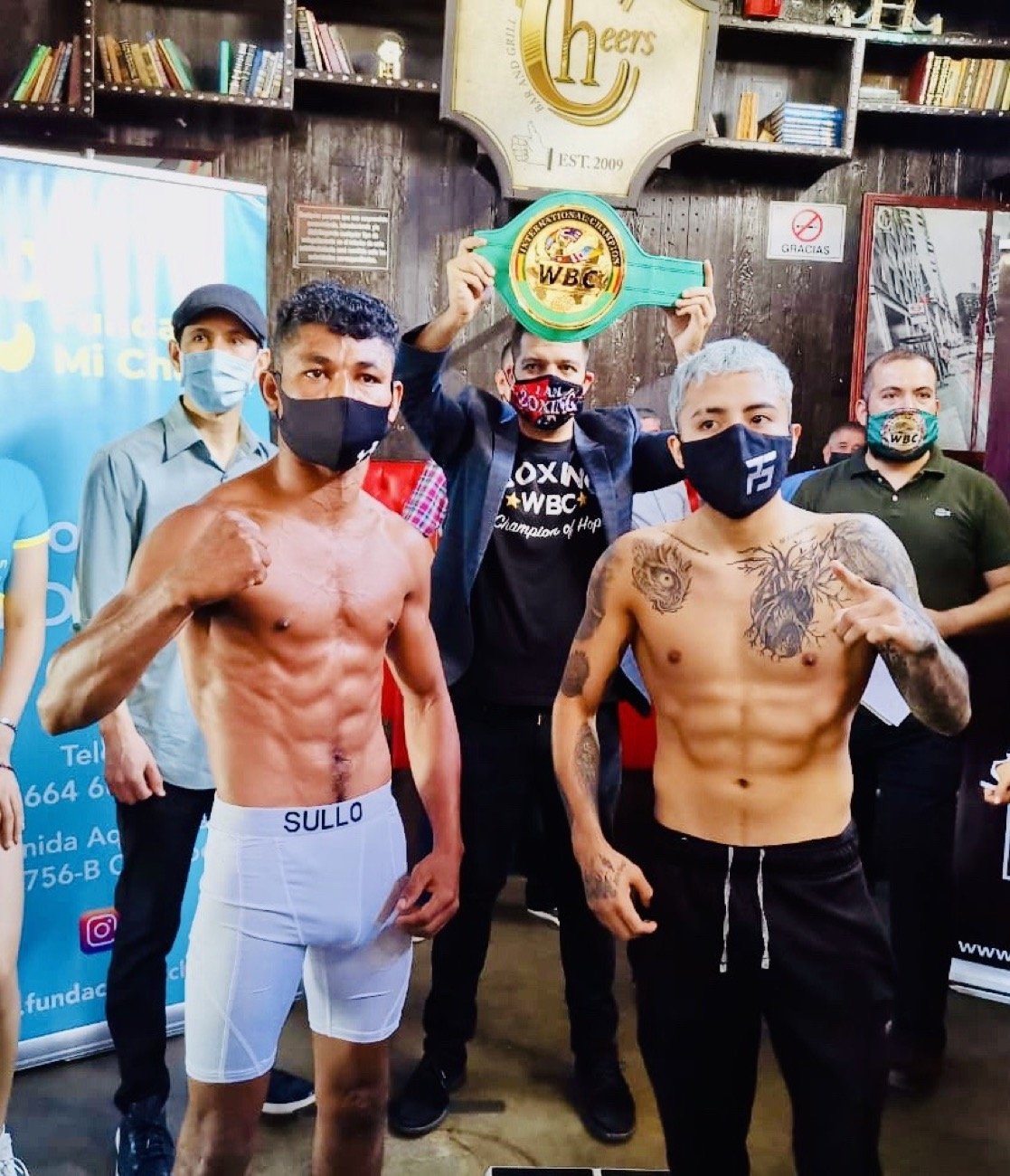 Promoter Paco Damian of Paco Presents promised a night of action and delivered in spades last night (Monday, September 21, 2020) in Tijuana as he, Don Chargin Productions and Fabrica De Campeones presented their “SANTIAGO VS. GARCIA” event via livestream on FITE.TV and Global Sports Streaming (GSS).

Known for pulling off surprising upsets against heavily favored opposition, Santiago quickly found himself in danger of suffering the same kind of loss against the free-swinging and apparently tireless Garcia. Staying poised, Santiago (22-2-5, 11 KOs) picked his shots and was able to do the more effective work in a majority of the action-packed rounds.

Despite his now 10-4-1, 5 KOs record, Garcia, of Copala, Guerrero, Mexico, made a strong account of himself. Throwing non-stop wild haymakers from awkward angles for all 10 rounds, he made the world-rated Santiago earn his pay. By the final round, Santiago was cut above one eye and marked up around the other.

To his credit, Santiago made adjustments throughout and put together eye-popping combinations several times per-round.

In a thrilling co-main event war, Victor “Chucky” Sandoval of Tijuana moved his impressive record to 34-3 (22 KOs) with a last-second tenth-round TKO of a determined Kevin Villanueva (16-3-3 (12 KOs).

Moving in and out skillfully, Sandoval was able to unload bomb after bomb against the seemingly impervious Villanueva.

Guasave, Sinaloa’s Villanueva walked through the hellacious fire to land bombs of his own in an attempt to pressure and wear down his more technically gifted opponent.

With Sandoval seemingly cruising to a comfortable, but not easy, decision victory, he finally broke through the iron jaw of Villanueva, trapping him in the corner and unloading the finishing volley with 10 seconds left in the fight.

Cruz, the son of former IBO and IBF Featherweight Champion Cristóbal “Lacandón” Cruz, utilized his hand and foot speed to move in and out of danger while throwing hard combinations. He dropped Aleman twice while cruising to an 80-70, 78-72 and 79-71 verdict.

23-year-old Cruz got off to a rough start in his career but looks to have done the homework needed to become a legitimate prospect at super feather.

In the opening bout of the night, Los Mochis, Sinaloa’s Bryan Luna moved to (6-0, 3 KOs) with a unanimous shutout decision over Ensenada, Baja California Felipe Ayon (now 1-1-1, 1 KO). The scores were 40-36 from all three judges in a bout that was more exciting than the scores indicate.

Dana White has plans for boxing event, will make announcement in a couple of weeks »