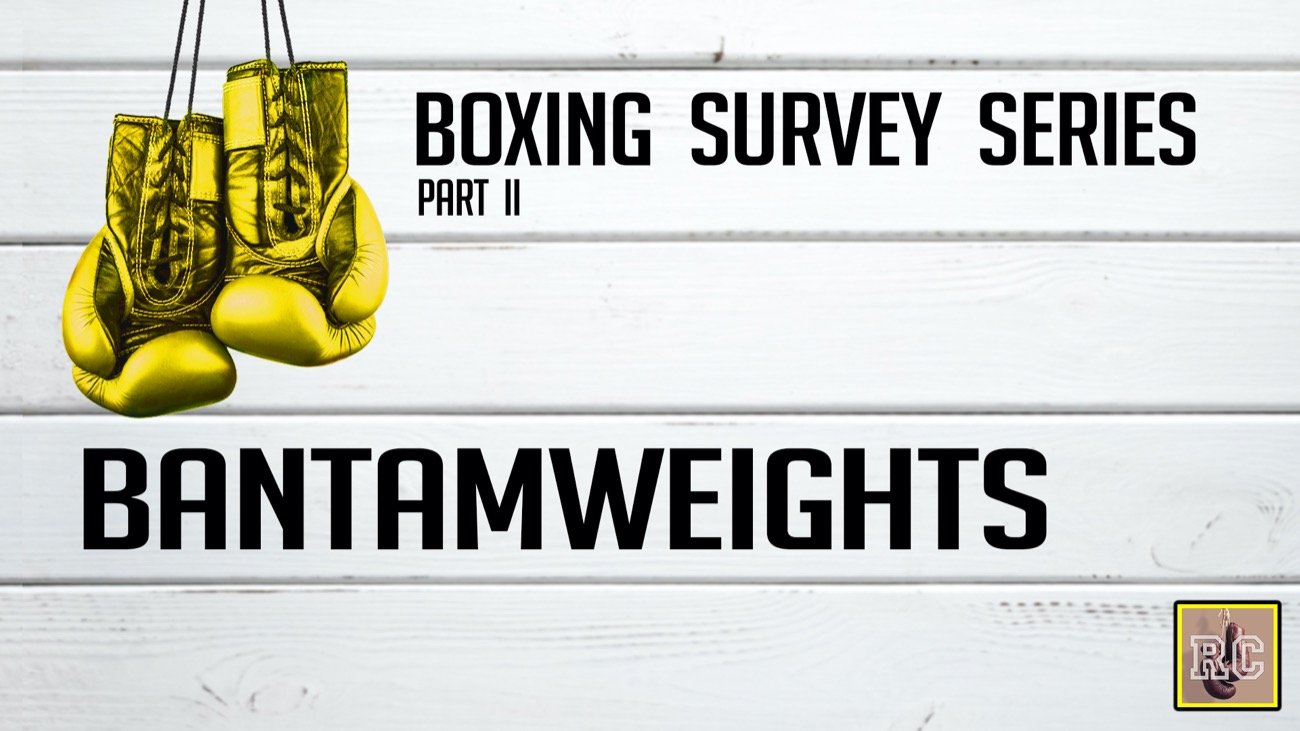 Rummy`s Corner: Welcome to Part 2 of the Boxing Survey Series. This edition is focused on the Bantamweight division in an attempt to rank the greatest Bantamweight boxers of all time.

The Boxing Survey Series is an attempt to rank the greatest boxers of All Time. 24 participants were surveyed in total, with each being required to supply and submit nine total lists. Each participant provided a Top 15 list for each of the traditional eight weight classes – flyweight, bantamweight, featherweight, lightweight, welterweight, middleweight, light heavyweight and heavyweight. Each participant also submitted a Top 25 list of the all time best boxers during the long rich history of the sport. No ties were allowed, just straightforward lists numbered sequentially. The participants are those who generally express great interest in the realm of learning more about the wonderful history of prizefighting. In an attempt to help create an element of surprise, the scoring system was not revealed to the participants during the period when the open survey was underway.

The bantamweight limit of 118 pounds was established a hundred years ago, but the division’s history runs back even further. George Dixon is widely credited as being the first bantamweight world champion in the early 1890s. Since that time, there have been many outstanding Hall of Fame boxers who made a name for themselves in the bantamweight division, including names like Carlos Zarate, Eder Jofre, Panama Al Brown, and Fighting Harada just to name a few. So who was the best Bantamweight of all time? This survey attempts to provide an answer to that question, while also exploring a deeper look into historical bantamweight rankings.

This edition of Rummy’s Corner is the 2nd of 9 parts in the new Boxing Survey Series, which will review scoring system while also going through the Top 10 point tallies among Bantamweights, while examining some of the survey data. Please watch and enjoy the video for the results of Part 2 of the Boxing Survey Series – the Bantamweight division.