By Chris Williams: Terence Crawford needs to build his name up a little more before a unification match between him, and Errol Spence Jr can take place. Spence is fighting Danny Garcia (36-2, 21 KOs) next on November 21, and if he wins that fight, Manny Pacquiao could be next in line.

By the time Spence gets around to face Crawford in 2021 or 2022, there’s going to be an imbalance between them. If Spence takes Danny, Pacquiao, and then Keith Thurman’s scalps, Crawford will be lucky to get a 30% cut of the revenue for a fight with Errol.

Unless Crawford can keep up with Spence by facing superb opposition, he’s not going to be anywhere near the same level as him his star status.

With a massive imbalance between them, Spence can give Crawford a 70-30 take-it-or leave-it offer. If Crawford refuses the offer, then Spence can put him on ignore for two or three years until he sees the light.

The only question is, does Top Rank promoter Bob Arum want to put Crawford in with talented opposition to build his name up before looking to make the Spence fight in 2021?

Thus far, you can’t say that Arum has wanted to chance-it by putting Crawford in with live bodies. Why would he?

Arum has done a great job of maneuvering Crawford like a chesspiece his entire 12-year pro career, and he’s seemingly dodged a lot of dangerous opponents.

While it would be a smart idea for Arum to stick ‘Bud’ Crawford in with three top-level fighters before matching him against IBF/WBC welterweight champion Spence next year, it goes against the grain of how he’s matching the Nebraska native.

“I think we might see that fight [Spence vs. Crawford]. I think if Spence beats Garcia, and Crawford gets a few more wins, I think it’s not out of the question,” said DiBella to Secondsout. “And I think you obviously have the different sides of the street problems. 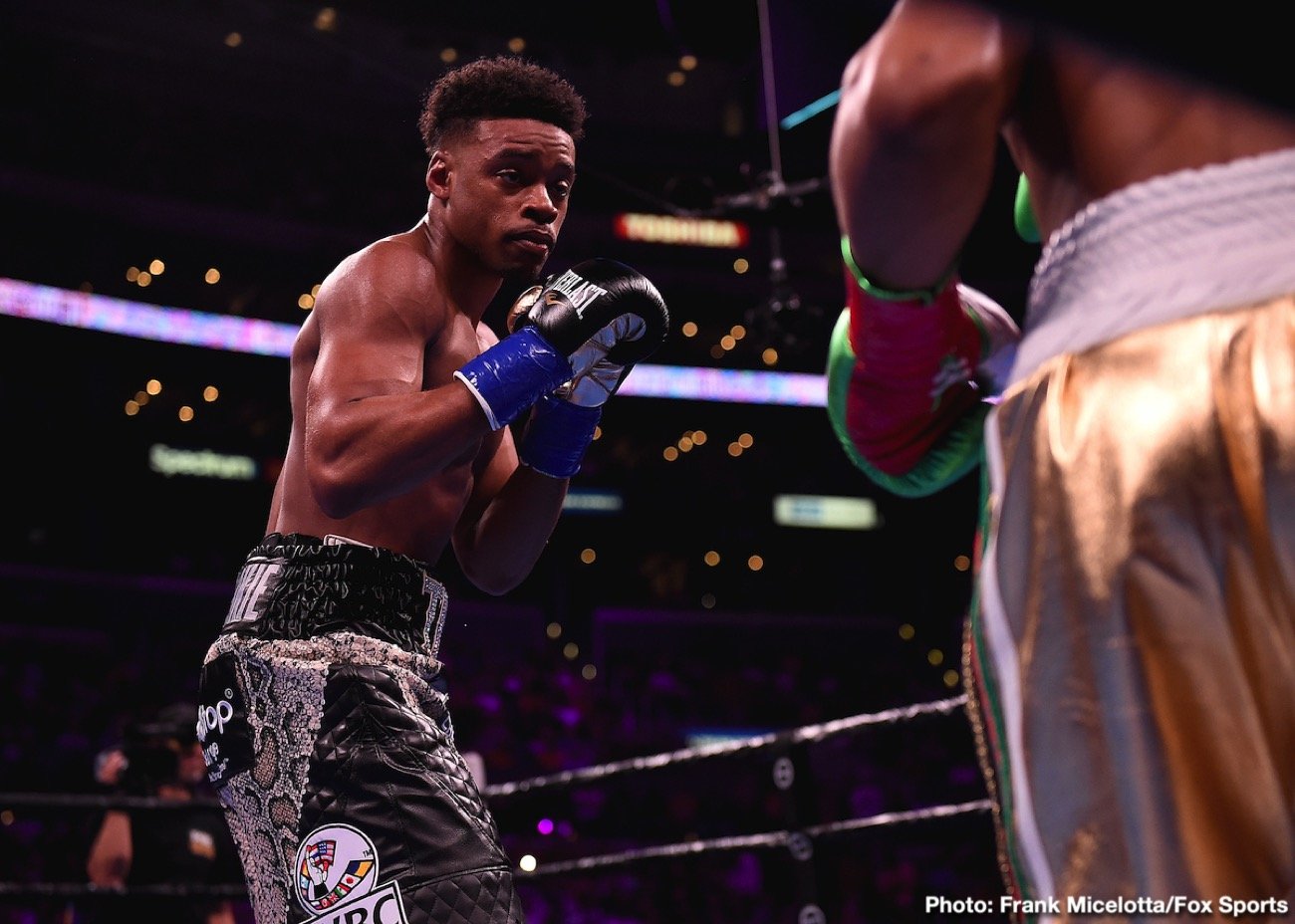 “Honestly, Spence has more alternatives [than Crawford], you know? There’s still Manny Pacquiao out there. At some point, Bob Arum and Top Rank are going to make deals to allow Crawford to fight the top competition.

“I think that’s inevitable. So I expect that you could see Spence and Crawford in 2021 at some point. I wonder if you’re going to see Spence and Garcia this year. I still wonder. Only because I think they’re leaving a lot of money on the table.

“That’s a big gate fight. I think it would do well at the gate. Spence and Garcia have already proven that they can draw. But I’ll tell you what.

“It’s a good enough fight for it to even in an empty room to make economic sense because if that gets put on the calendar in my mind, it’s right there as the first fight I want to see on pay-per-view,” said DiBella.

Spence has so many options available to him after his next fight against Danny Garcia. Errol could face Pacquiao and Keith Thurman in 2021, while Crawford winds up likely facing the likes of Sergey Lipinets and Kell Brook.

Even a fight against Brook is a longshot for Crawford because Arum hasn’t seemed eager to make that match. It could be that he knows it would cost a lot to get Kell to agree to the Crawford fight.

Crawford not as big a star as Spence

“Spence and Garcia, and I’d like to see Lomachenko and Lopez,” DiBella continued in talking about fights he wants to see in 2020.” Those are the two I’m most excited about in the fall.

“I think the Charlo doubleheader is also interesting. Two very, very good fights. I love Charlo-Derevyanchenko, and I like the other battle with his brother also.

“And I also think that I like the idea of doing multiple fights in the afternoon and your pay-per-view subscriptions still last that night and you get numerous matches at night. I think that’s a big bang for the buck.

“In terms of God-given ability in the ring, they both have tremendous abilities, so it probably goes into that top category,” said DiBella in comparing Spence vs. Crawford to big fights in the past like Oscar De La Hoya vs. Felix Trinidad.

“So I don’t think it’s a monumental fight that gets the world’s attention, but it’s a fight that would certainly get the attention of the hardcore boxing fans everywhere on the planet,” DiBella said.

If Arum can’t or won’t match Crawford anyone good in his next three fights, then he needs to put him in with these fighters:

What’s troubling is all the time that Arum is wasting by name dropping Pacquiao’s name, saying that Crawford could fight him. That fight has no chance of happening in 2020, and likely in 2021 or 2022. Pacquiao has options, and the last thing he wants is to

“Storylines outside of the ring do bring attention to it, but you don’t want to have a 150 mph crash in a Ferrari to get bigger, but it certainly put a lot of attention on his story and his journey,” said DiBella about Spence.

“Don’t underestimate. I promoted a lot of those Brooklyn Boxing and PBC shows on Fox network on prime time, and those were very powerful platforms in the States. 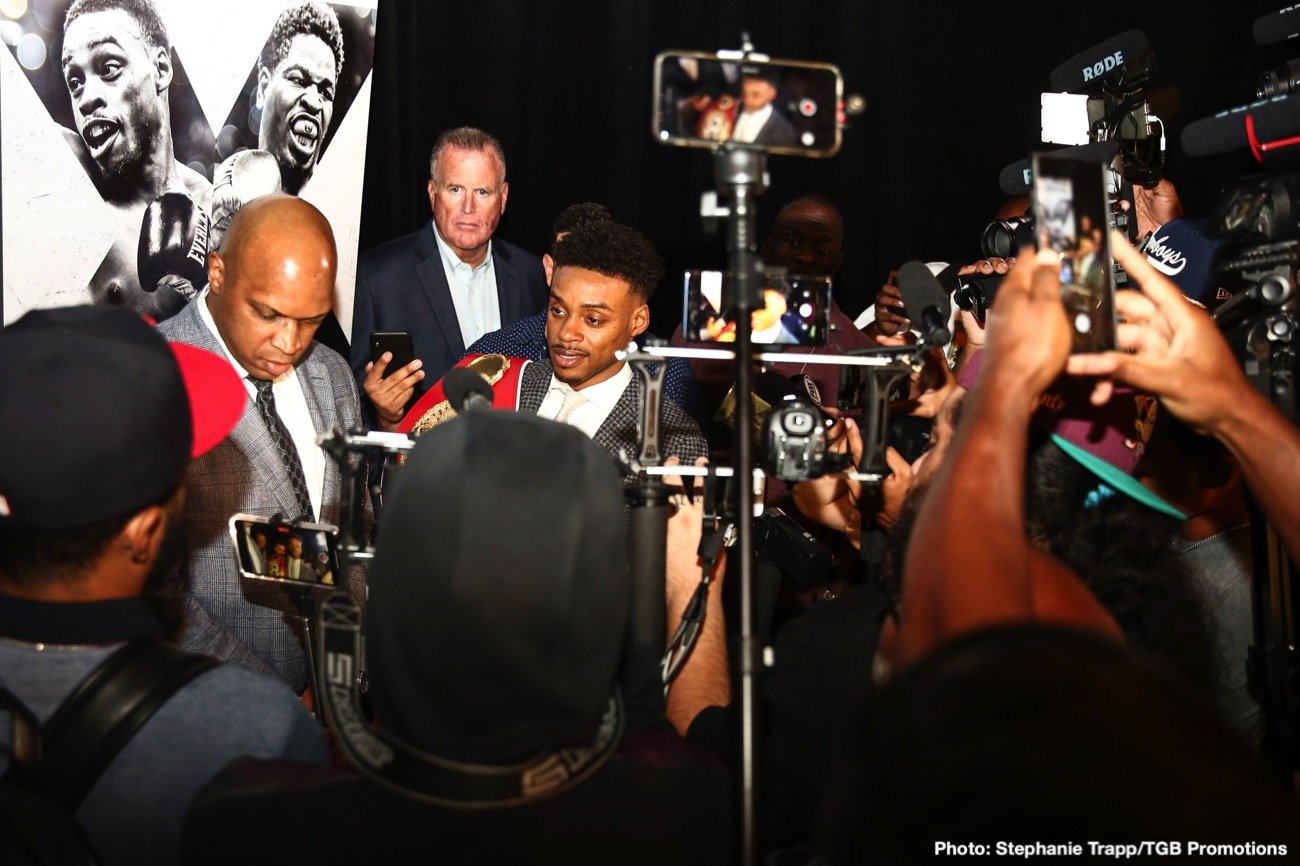 “You’re talking about multiple times the number of viewers that a normal boxing show gets that’s not on network TV on primetime. So also you’ve got to remember that Spence fought the kid from Italy, Bundu.

“He fought Bundu, and the match was coming right out of the Olympic basketball game, and that fight did one of the biggest viewership in the history of boxing in the United States.

“It literally was five million, six million people watched it. So that’s the kind of. Crawford has never had that kind of audience on video. Never. So it’s just empirical.

“He’s [Spence] has fought in front of more people, he’s fought on bigger shows, and he’s fought better competition. And you’ve got the TMZs, the National News, the ESPNs and every one covering the accident he had and his recovery,” said DiBella in talking about the coverage Spence has gotten.

It’s a given that Spence is a bigger star than Crawford right now, and the sad thing is, that’s not going to change.

In theory, Crawford could be turned into a star at the same level as Spence if he fought the guys that Chris Williams has on his above list. But we know that Crawford wouldn’t take a dangerous fight against Charlo, Rosario, Hurd, Lara, Porter, or Ugas. That’s not happening.

“Now also you have millions of people that knew he had that traumatic accident, wondering how he’s going to look in his first fight back,” DiBella said. “I’m a big Spence fan, and I think at the moment his star shines brighter than Crawford’s. But that can change after they fight.

“I’m a heavyweight fan, and as the heavyweight division goes, so goes boxing. Even though it doesn’t involve an American, if I could pick a fight and put it in the ring so I could sit there and have some good scotch on Saturday night and enjoy myself, I’d probably want to see Fury and AJ.

“So if I could make any fight, it would probably be that. I’m probably more excited for Spence and Crawford as I would be for Canelo and GGG again.

“In a smaller type of thing, I’d like to get the deal done for the Junior Fa fight against Joseph Parker in New Zealand. I do think that for the people in New Zealand, that would be a tremendous event, and right now, no one can get in or leave.

“It’s ready to do that fight, and I want to see it happen on a selfish level. If I was looking for a match that’s the biggest for boxing,

“I would probably force the issue and see Joshua against Fury or let me rephrase that; Fury against Joshua. The number one guy goes first. Until proven otherwise, I have Fury as the #1 heavyweight,” said DiBella.

The management for Crawford and Spence needs to let that fight marinate more so that casual boxing fans know who Terence is because right now, they don’t know him. Arum needs to take some chances with Crawford by throwing him into the deep end.