Terence Crawford can’t afford to be picky for next fight 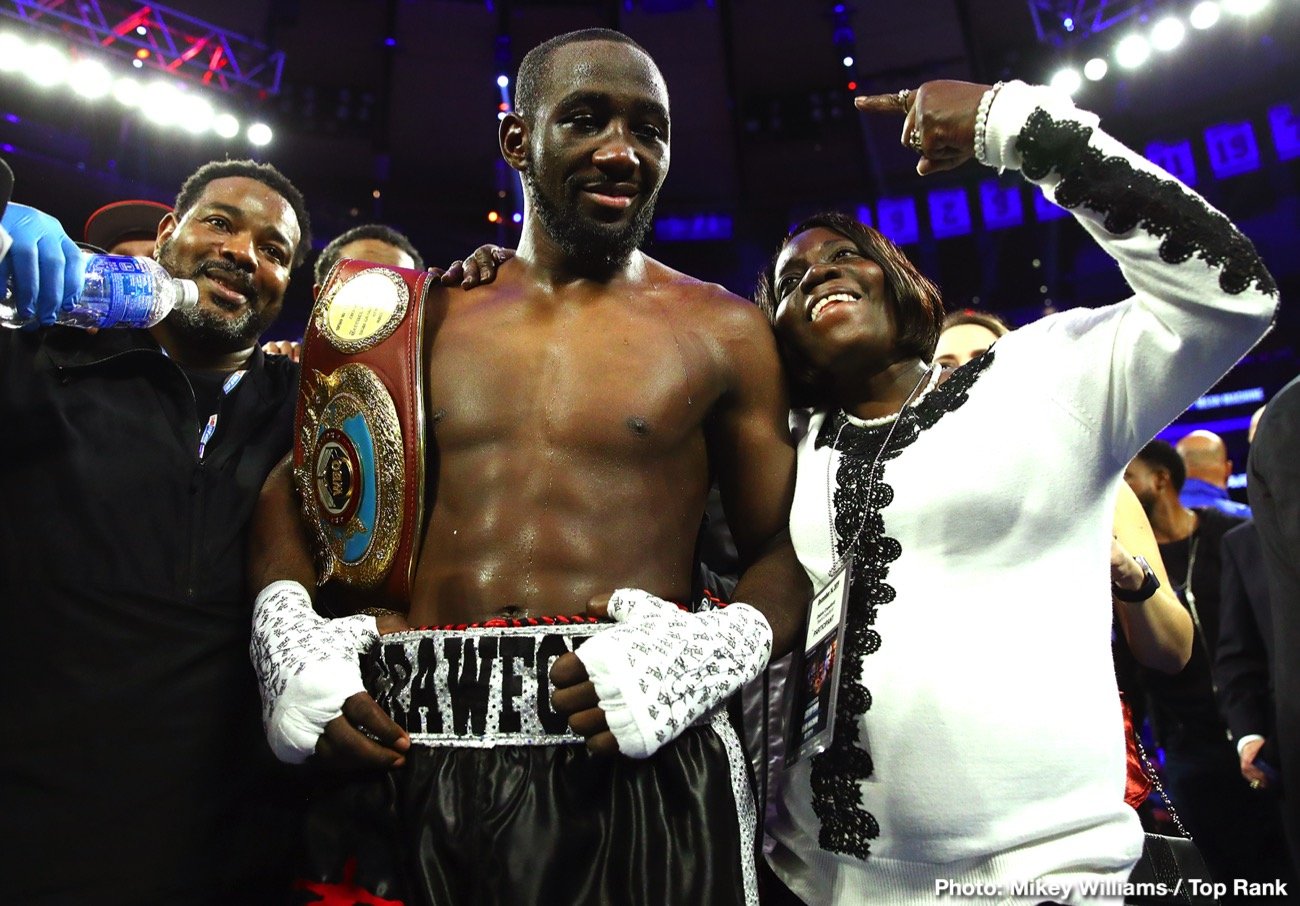 By Matt Lieberman: Terence Crawford wants a high-profile level fight for 2020, but he doesn’t have many options due to the absence of crowds for boxing events. He’d like to fight Manny Pacquiao and the other top PBC fighters, but it’s not going to happen.

That’s got to be painful for Crawford to watch IBF/WBC welterweight champion Errol Spence Jr lining up a fight against Danny Garcia for Fox pay-per-view. Crawford has no one comparable to fight this year, and if he’s not careful, he might not fight at all.

Ray Robinson has volunteered to be Crawford’s next opponent, and he’d been an excellent choice. Robinson beat Crawford in the amateurs, and he seems to understand how to fight him, unlike the other guys that have failed.

Robinson should have been given wins over his last two opponents Josh Kelly and Egidijus Kavaliauskas. He outworked both of those guys and was stuck with a draw for his efforts. The way that Robinson fought Kavaliauskas, he should have been the one that challenged Bud last December.

Does Bud only want easy fights?

“Terence Crawford is undefeated as a pro boxer, but the last man to defeat him as an amateur has called him out,” said Chris Mannix to DAZN. “Fellow welterweight Ray Robinson has mentioned Crawford repeatedly in the last few months, saying ‘Bud only wants the easy fights.’ Is this criticism of Crawford fair or foul?”

“It’s foul. He [Robinson] shouldn’t be criticizing arguably the best fighter on the planet,” said Sergio Mora about Ray Robinson taking shots at Crawford for facing a lot of weak opposition during his 12-year pro career.

“Look, Ray Robinson reminds me of a boxing version of a mad rapper. He’s always mad at success, the guys at the top, the guys with the shiny jewelry and the fancy cars and the pound-for-pound best boxers in the world.

“Ray Robinson has two draws and one loss in his last three fights. Is he a tough Philly fighter? Absolutely but is he world-caliber like Bud Crawford? Absolutely not. I don’t know what he’s talking about.”

“To me, I think it’s foolish because I don’t think that Crawford wants only the easy fights, I’m also not convinced he’s doing enough to get the big ones,” said Mannix. “I mean, every time Crawford is interviewed, it’s about why these big fights haven’t happened are often redirected at Top Rank. You know, ‘why can’t these fights happen?”

Crawford would love to fight a top guy this year, but since there are no fans, it means the gate money isn’t there for Top Rank to lure anyone worth fighting. That’s why Crawford can’t afford to be picky this year if he wants to stay busy. He either fights someone like Robinson, or he doesn’t fight at all.

Crawford is too complacent

“The PBC, they can come fight me over here,'” continued Mannix in talking about Crawford what he’s been saying. “I go over there, but nothing really ever comes of it. Crawford, as a fighter, has more power than he’s using. I think Crawford could do more to force these big fights to happen, and he’s not necessarily using it.

‘In a way, he’s almost complacent when it comes to taking some of these easier fights. I don’t think Ray Robinson is a great fighter, but I think you’re giving him a little bit too little respect.

“Just because he’s not been able to come away with a win, I think Ray Robinson is a decent fight for Terence Crawford because I don’t know who Crawford fights if he wants to fight in 2020.

“He’s got a built-in storyline with Robinson being the last guy to beat Crawford. Robinson has done decently in his last couple of fights. I say make the fight and let the trash talk flow from there.” 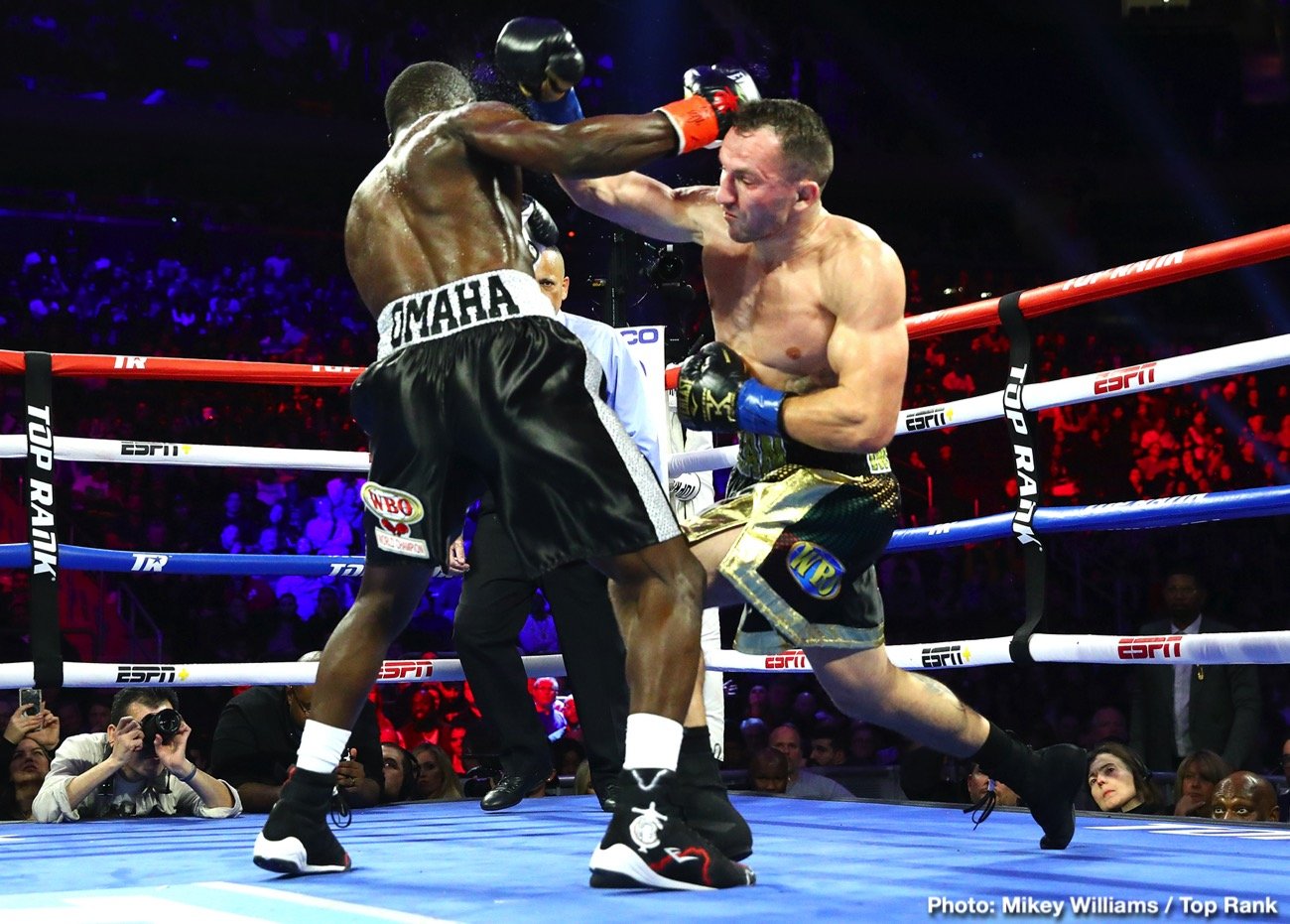 “If Canelo Alvarez were to fight a guy with two draws and a loss in his last three fights, you’d be pooping all over this fight,” said Mora. “All of a sudden, you’re backing up Ray Robinson for a Bud Crawford fight?

During the pandemic, Crawford has nothing going for him to make himself a guy that other top fighters would want to face.

Terence deserves to fight the elite

“No, man. Bud Crawford deserves the elite, the best of the best,” said Mora. “If he can’t get those fighters right now because of the pandemic, then look for somebody else, somebody with a winning record, someone that brings something to the table, whether its name, a resume or a fantastic knockout victory in his last fight.

“They need something they can sell and promote. You can’t promote Ray Robinson other than his namesake, the great Sugar Ray Robinson.”

Crawford does deserve to fight the elite, but this is 2020, and he’s not going to get an elite fighter to agree to fight him without a crowd.

Aside from the payday that a good fighter would get from facing Crawford, they’re not going to want to fight him. He’s a southpaw counter puncher, who moves a lot. That’s strike one, two, and three.

“Okay, if not Ray Robinson, who?” asked Mannix.

“I don’t know. I’m not a matchmaker, and I don’t work for Top Rank,” said Mora. “I tell you one thing; it won’t be Ray Robinson [that winds up as Crawford’s next opponent].”

“Okay, but there aren’t a lot of contenders out there for Crawford to fight,” said Mannix. “All the top guys at 147 are booked. Bob Arum has made some noise about making a fight between Crawford and Manny Pacquiao, but if Manny Pacquiao wanted that fight before, wouldn’t he have taken it a few years ago when he was still aligned with Top Rank?

“I don’t believe that fight is going to happen, especially with fights in the Middle East not being on the table. That’s where some good money could come in. As far as a site fee goes, that’s not possible, at least for the rest of this year.

Crawford will be stuck with a lower-level fight

“It’s going to be a lower-level fight for Terence Crawford his next time out,” said Mannix. “At least, Ray Robinson, you can sell it a little bit. He’s a slick fighter. He had some good moments against good opponents, and he’s got the background when it comes to fighting Terence Crawford.

“I just don’t want Bud Crawford to be fighting a fighter that hasn’t won in the last year and a half or two years. Ray Robinson is a good B-side, and he’s a tough Philly fighter. He’s like one of those fighters like Hanky Lundy and Gabriel Rosado, who are always going to shed blood and give you everything they have, but they’re not A-side.”

Crawford’s promoter Bob Arum has only been mentioning Manny Pacquiao as a guy that he’s hoping to schedule for Bud, but that’s a pipe dream. Arum likely doesn’t believe he can get Pacquiao, but for some reason, he keeps mentioning him.

The real options for Crawford in 2020:

It’s academic that Robinson deserved the victories over Kelly and Kavaliauskas. The fight was both scored as draws, but Robinson was the better man.

The alternatives aren’t there

“They’re a good quality B-side, but they don’t deserve these big fights unless there’s a pandemic,” said Mora. “During the pandemic, maybe, but I don’t like the fight. You can find someone else in the top ten that can actually fight Bud Crawford.” 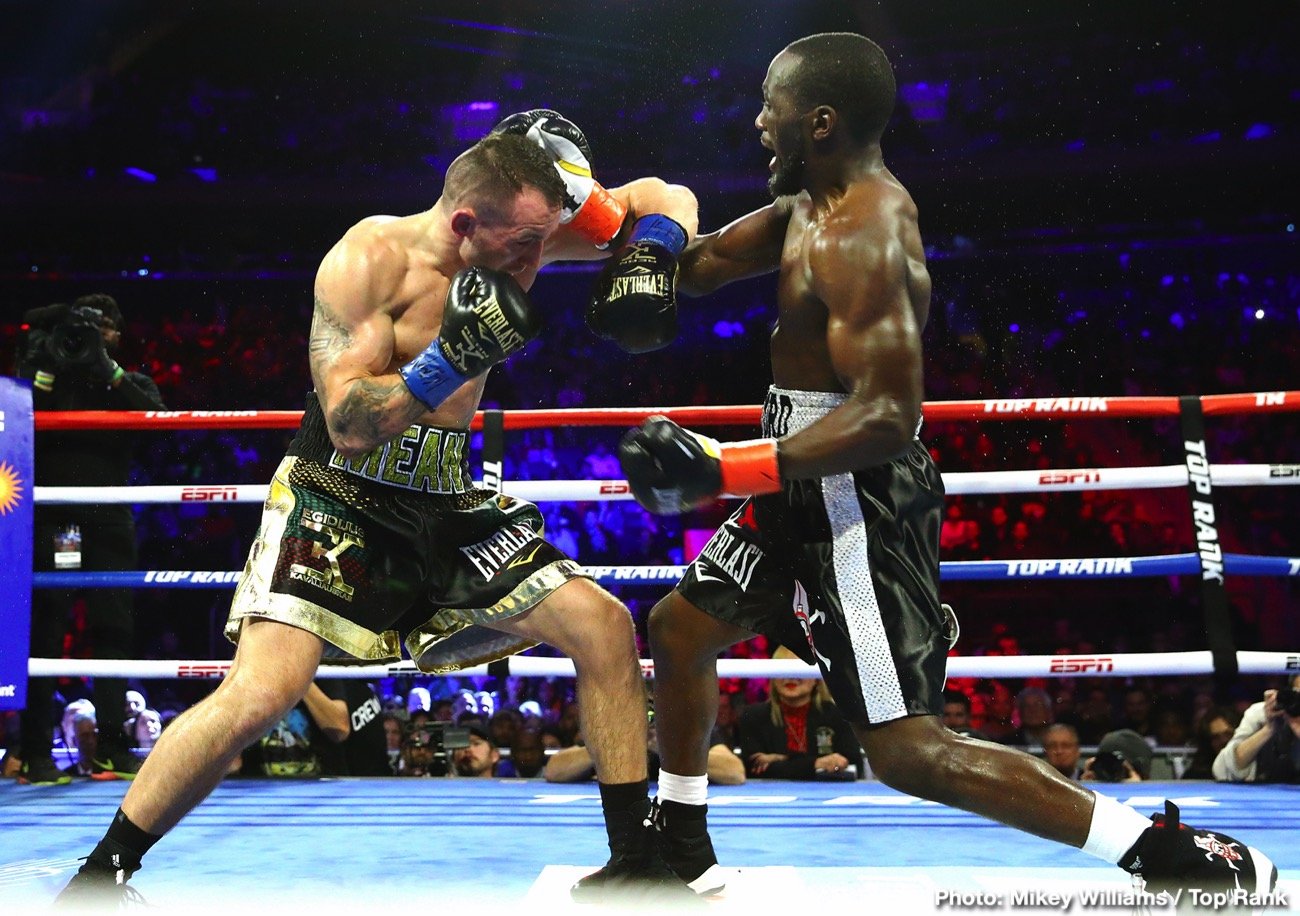 “Once again, who?” asked Mannix.

“You do it. You’re the one that’s saying this fight [Crawford vs. Robinson] can’t happen,” said Mannix. “Name the names, and by the way, you talk out of both sides of your mouth.

“Because we’re trying to sell this on Mexican Independence Day, which is September 12, which is less than six weeks away,” said Mora on Crawford’s next fight. “That’s a tradition, a boxing tradition.

“I’m trying to salvage that. Bud Crawford is not known for fighting on Mexican holidays. So if you can push that fight away to get a suitable opponent for October or November or maybe even December, but get a suitable that’s a good B-side. I don’t like Ray Robinson, but if you’re trying to sell him, good for you.”

“I’m not trying to sell him. I’m simply saying that the alternatives aren’t out there, and who cares about the Mexican Independence Day because we both know that’s not going to happen for Canelo Alvarez,” said Mannix.

The fight that Robinson gave Josh Kelly and Egidijus Kavaliauskas showed that he’s not only an admirable option for Crawford, but he’s arguably better than anyone he’s faced as a pro.

PBC has the best options

“These fighters have to look at the best options on the table right now, and unfortunately for Terence Crawford, most if not all of the top options are over on the PBC side of the street,” said Mannix.

“So if Ray Robinson is a makeable, affordable, the second word, affordable, matters because Top Rank is already having problems making Lomachenko vs. Teofimo Lopez fight.”

“A guy like Crawford makes even more money than those of those two guys. Maybe more than both of them combined on his purses. You’ve got to look at the economics of it.

There isn’t anybody else out there that Top Rank can match against Crawford in 2020 that would be a better option than Robinson. Crawford isn’t going to get any of these fighters to face him during the pandemic: