By Charles Brun: Oscar De La Hoya took to social media last Friday to voice his frustration at the glacial negotiation process for the Ryan Garcia vs. Luke Campbell fight, and he’s NOT happy.

Without naming names, the Golden Boy Promotions boss De La Hoya told everyone to stop bleeping around and get the fight done. Fans on social media are already pointing fingers at King Ryan, believing that he’s the reason why the negotiations aren’t moving along.

Like a good promoter, De La Hoya wants to get the Ryan-Luke fight done so that they can start marketing the match on DAZN.

There’s already a massive amount of interest from boxing fans on both sides of the Atlantic about the fight, and they’re going to be hopping mad if Oscar doesn’t get it made.

Campbell’s promoter Eddie Hearn doesn’t understand why De La Hoya hasn’t come back with an offer from their side to host the fight. Hearn says that Golden Boy turned down his offer, but didn’t come back with their own offer.

“I don’t understand because I made an offer to Ryan Garcia, which is a chunky offer, and they’ve turned it down, which is fine, and they’ve asked for more money than I want to pay,” said Hearn to IFL TV.

“They can make an offer as well. We both have a contract with DAZN. They can stage Garcia-Campbell on their show or we can. 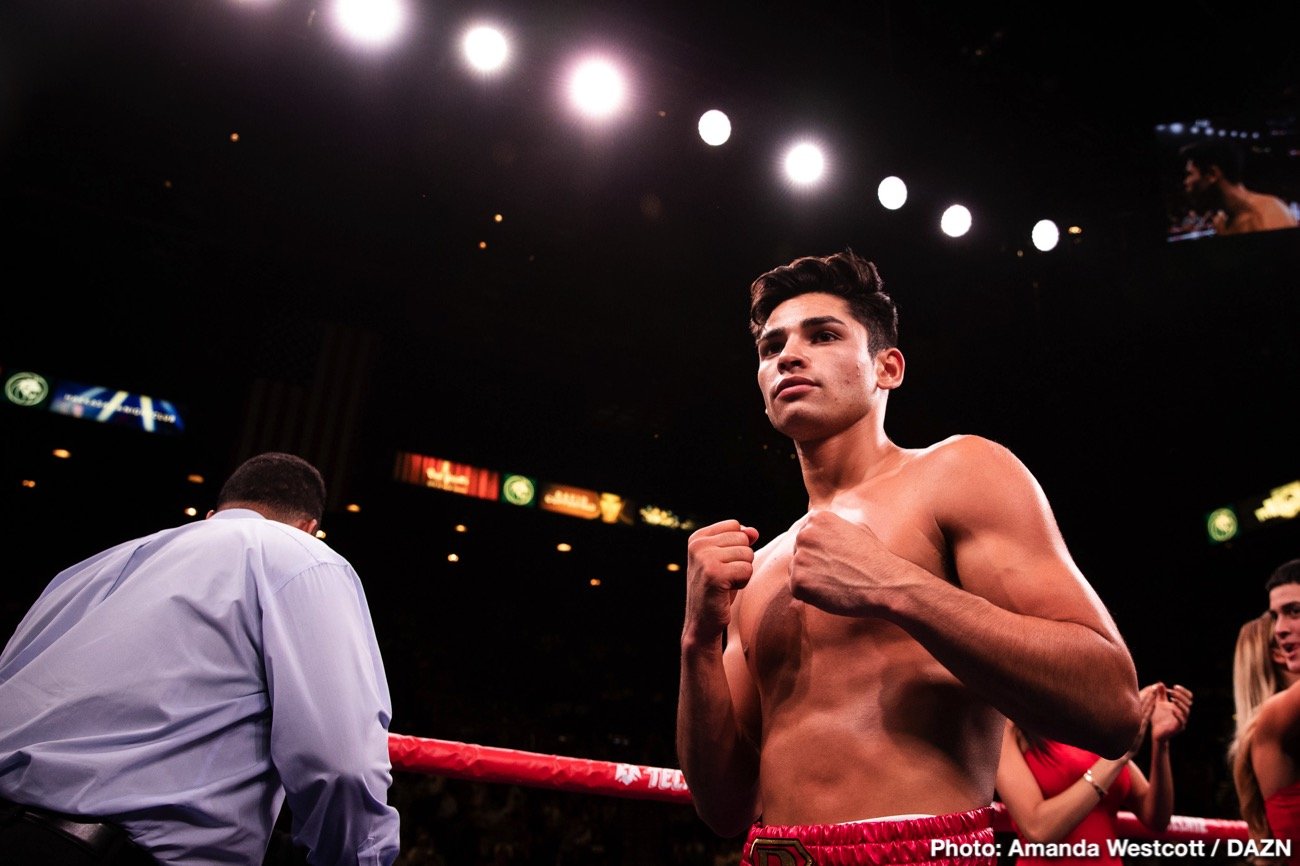 “Actually, for us, it’s outside of our original plan of September or December. It’s a bit more difficult, but we can do it, no problem. But I don’t know what the message is behind that Tweet [from De La Hoya].

“I don’t think it was a pop at me, but if they want to make the fight so badly, they’re more than welcome to make the offer to Luke for that fight.

“But I guess they want us to stage the show, which we would be weighed to do because it’s a fantastic fight. The purse bids are next week, so we’ll see what we get to,” said Hearn.

If the talks implode predictably, Campbell could blame it on Ryan’s side.

Golden Boy president Eric Gomez said to Boxing Social this week that the Garcia-Campbell fight will be taking place in October or November, and he sees it as the match that the young 21-year-old Ryan needs to take his career to the next level. 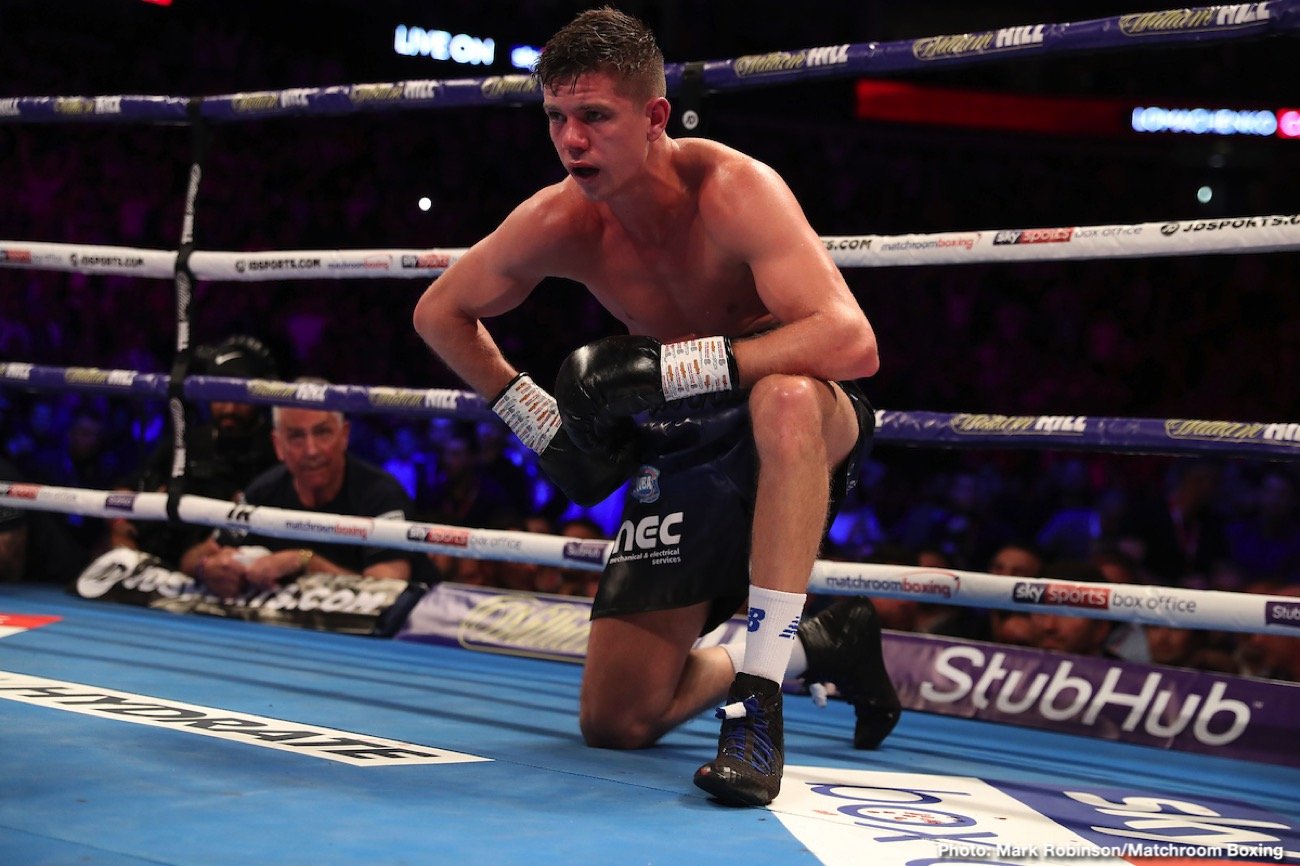 You have to realize that the 32-year-old Campbell has already been beaten three times in his seven-year professional career, and if he loses to Garcia, that could be the final straw that ends his career.

Campbell got a pass from boxing fans for his defeats to Yvan Mendy, Jorge Linares, and Vasiliy Lomacheno because those were guys in their 30s.

But if Campbell gets beaten by the 21-year-old upstart Ryan Garcia, that’s a different story. The fans wouldn’t give the 2012 Olympic old medalist Campbell a pass, and he would need to look in the mirror and realize that he’s not going to be a world champion.

“I’m in the position where the public is demanding I fight somebody when I’m 21, and I’m not even a world champion. I’m fine with that, and I want that,” said Ryan Garcia to ESPN. “I know I have it in me.

“I have speed, talent, and power. It’s not like I’m barely beating these guys I’m supposed to beat. I’m obliterating them in one round. So I want my chance to prove the world and shock the world that I am what I say I am.

“But if you look at all the other prospects and world champions, when they don’t fight nobody and when, they say, ‘Oh great, you’re the best.’ But for me, you can hear it in my voice that I’m frustrated and irritated by all of that,” said Ryan Garcia.

“I think that is an outlet for them and a way for them to start their bitterness and hate-ness because I don’t see any other reason they would have to hate other than saying I’m not fighting nobody,” said King Ryan.

“It’s time to show them what I’m made of. Are you guys ready! He says he is going to knock me out. We shall see 👀 thank you to all my supporters who have been supporting me since day one time to get to 21-0,” said Ryan Garcia on Instagram about Luke Campbell.

Beating Campbell won’t necessarily show boxing fans what King Ryan is made of, but it’s a decent start. Ryan isn’t going to shock the world by beating the likes of Campbell because he’s not a super talent.

Campbell is just another one of the many examples of Olympic gold medalists that have failed to produce at the pro level.

If Luke Campbell loses to Ryan, it’s his third strike

“With Ryan Garcia, the WBC officially announced his fight with Luke Campbell,” said Chris Mannix to DAZN. “While Eddie Hearn says this fight isn’t finalized, all signs about this fight suggest that it’s happening in the near future. What can we learn about Ryan Garcia in a fight against Luke Campbell?”

“A lot because we’re finally going to get Ryan Garcia with a fighter with a pedigree,” said Sergio Mora. “With the boxing ability of Luke Campbell, who won a gold medal for his country in the 2012 Olympics. 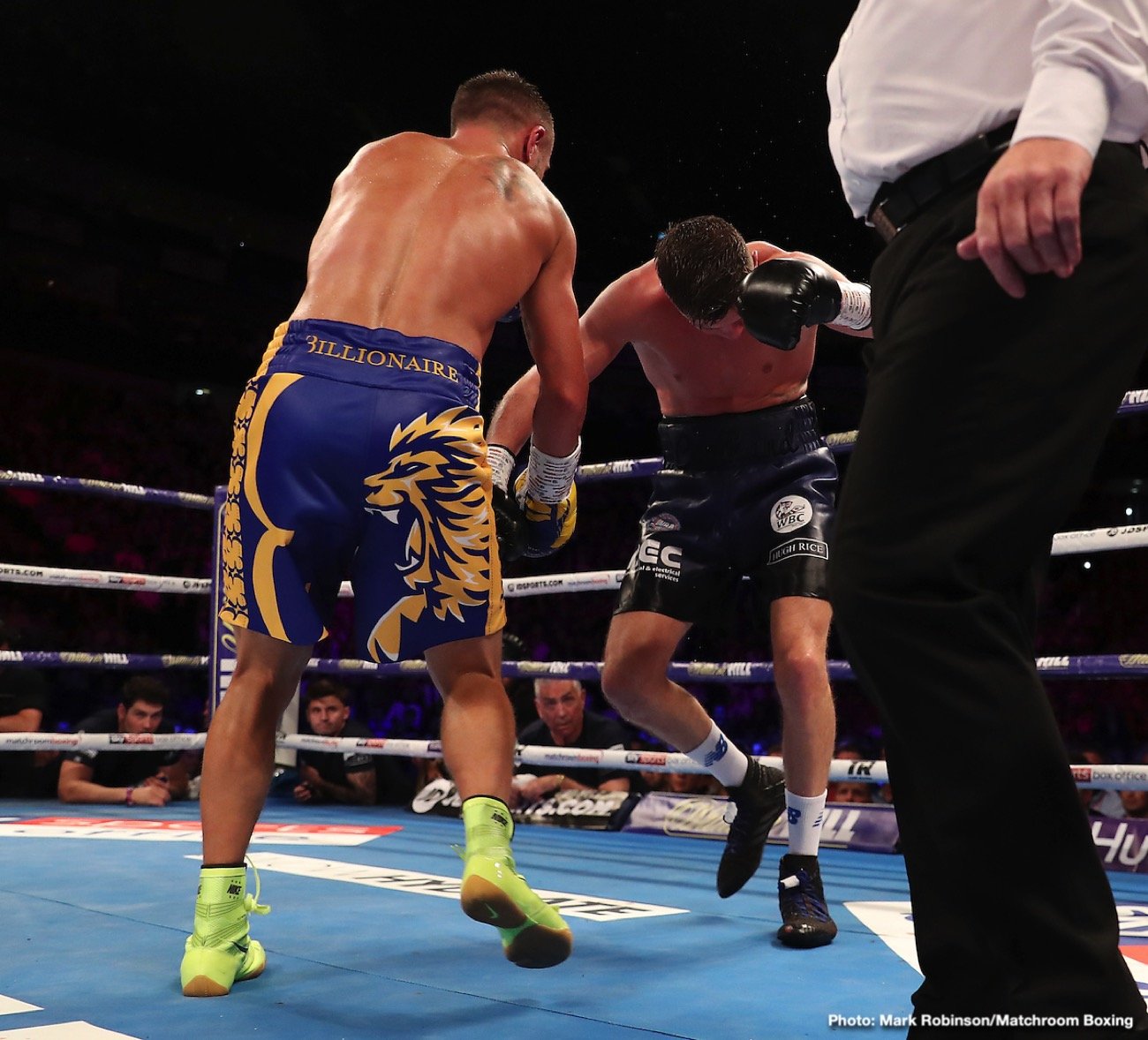 “Not anybody can win a gold medal, but here’s the thing where Luke Campbell may be suffering. There’s a lot of gold medalists that never shine as professionals. That’s what we see with Luke Campbell.

“I don’t see Luke Campbell coming back after that with him being in his 30s. All that boxing ability or not, it’s just three strikes, and you’re out.”

A defeat for Campbell against Ryan would be his FOURTH strike, not his third since he’s already been beaten three times. I’m just saying.

If you back to Campbell’s fights in the 2012 London Olympics, some feel that his razor-thin wins over Vittorio Parrinello (Italy), Detelin Dalakliev (Bulgaria) and John Joe Nevin (Ireland) were all controversial.

In some ways, you can say that Campbell should have never won a gold medal in the first place in the London Olympics in 2012. But that was a strange event. We saw Anthony Joshua also win a controversial gold medal for England in the same 2012 Olympics. Is it just a coincidence?

Campbell is a stepping stone for Ryan

“I think Luke Campbell is the perfect opponent for Ryan Garcia, and I think that he’s better than even Jorge Linares,” said Mannix.

“That was a fight that I was excited about when it was first floated back in February when Ryan Garcia picked up that knocked of [Francisco] Fonseca and Linares fought on his undercard as well.

“I think Luke Campbell is a step up because of his age, he’s been in with some tough fighters as well in recent years and won them and showed even better. He showed a better chin has in some of his more high profile fights.

“And for Ryan Garcia, Luke Campbell can be a stepping stone to bigger fights. We know that Ryan Garcia is not afraid to put his undefeated record on the line. He wants to fight Devin Haney right now.

“He wants to fight Tank Davis right now, but if you’re his promoter, you want to see him take that bridge fight first. Luke  Campbell is that bridge fight. He’s a talented B+ level fighter.

“If Ryan Garcia beats Luke Campbell in anywhere close to the convincing way in which he beat Romero Duno and Francisco Fonseca, Ryan Garcia is going to be ready for primetime in 2021. So this [Campbell] is his final exam before he enters the big leagues.”

You hate to say it, but, yeah, Campbell is a stepping stone for Ryan Garcia. Campbell is the sacrificial lamb being brought in for Ryan to beat so that it can take his career to the next level.

It’s up to Campbell to show whether he’s got it in him to avoid the inevitability of that happening. Once Ryan takes Campbell’s scalp, his next move will be to take on WBC lightweight champion Devin Haney to try and achieve stardom.

Campbell fight will show if Ryan is for real or not

“Final exam, I like that,” said Mora. “I was about to say ‘measuring stick,’ but ‘final exam’ works with me. We noted this with Duno, and we said this with Fonseca. We keep saying,

‘This is the biggest test of the young Ryan Garcia’s career, and that’s the truth. Luke Campbell is the hardest and the most challenging opponent that he faces because of his pedigree, and he’ll be the best name on his resume.

“He needs to take care of Luke Campbell, and that fight needs to be made to see exactly what we have with Ryan Garcia.”

Campbell is the perfect gatekeeper level opponent that will show the boxing world whether Ryan has got the goods to move forward towards world honors. Losing to Campbell will show that Ryan has significant deficits in his game that he’ll unlikely overcome.

Let’s face it; Campbell lacks the talent ever to win a world title, and if Ryan can’t beat him, then you have to lump him in the same category.

Already, there’s a legion of boxing fans who believe that Ryan is just a hype job, a fighter that has become popular because of his social media preening. If that’s indeed the case, then Campbell will be the one to expose Ryan to the light of day. A loss to Campbell will effectively end the hype once and for all.