Naoya Inoue vs. Jason Moloney in the works for ESPN/ESPN+

By Kenneth Friedman: IBF/WBA bantamweight champion Naoya ‘Monster’ Inoue and contender Jason Moloney are in negotiations for a fight this year on ESPN or ESPN+. Top Rank Boxing is looking to finalize the fight.

Inoue-Moloney isn’t the match that fans were hoping to see between Inoue and WBO 118-pound champion John Riel Casimero, but it’s a decent one nonetheless.

Moloney has his work cut out for him against Inoue, and he’s going to need to get to him before he gets his offense in gear. It’s good news for Moloney that Inoue was recently in a brutal fight against Nonito Donaire last November, but that doesn’t guarantee him that he’ll do well against him.

The 29-year-old Australian Moloney (21-1, 18 KOs) has a four-fight winning streak since losing to Emmanuel Rodriguez by a 12 round split decision in October 2018. Moloney has mostly beaten lower-level opposition as of late, but he’s getting the job done and putting distance between him and his defeat to Rodriguez.

If Moloney can’t take power from the Japanese knockout artist, then he won’t last long. 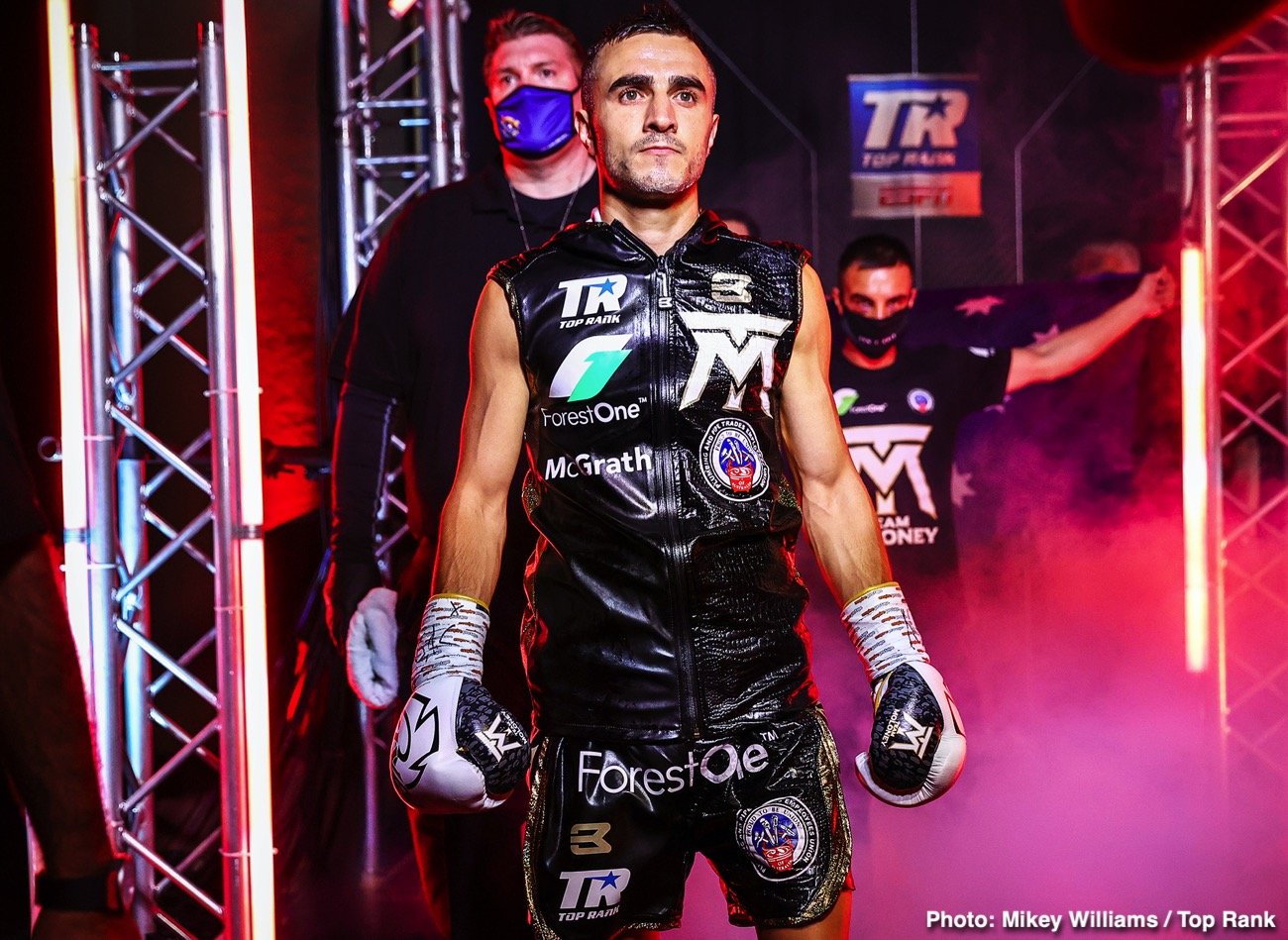 The best win of Moloney’s six-year pro career was against former WBA super flyweight champion Kohei Kono in May 2018. Moloney stopped Kono in the sixth round. This wasn’t an original version of Kono, however. By the time he met up with Moloney, he was on the downside of his career.

Naoya went to war with Donaire

Inoue, 27, is coming off of a hard-fought 12 round unanimous decision win over former four-division world champion Nonito Donaire last November. That fight was easily the hardest of an eight-year pro career, as he suffered a cracked orbital bone and a cut. Inoue was also stunned in the 8th round from a right-hand by Donaire.

There were many shots that Donaire threw that just narrowly missed their mark against Inoue. Had they landed, it likely would have been over.

At 37, Donaire still has the punching power, but his accuracy is missing on his shots. Earlier in his career, Donaire would have landed those punches, and Inoue would have been in trouble.

Donaire wanted a rematch, but Inoue is going in another direction after healing up from the injuries he sustained in their fight.