By Jeff Aronow: Manuel Charr is ready to defend his WBA ‘regular’ heavyweight title against former IBF/WBA/WBO champion Andy Ruiz Jr. The 35-year-old Charr (31-4, 17 KOs), who has yet to defend his WBA secondary title that he won against Alexander Ustinov in 2017.

Most fans would agree that Ruiz, 31, needs a better win than this to redeem himself after his embarrassing showing in his loss to Anthony Joshua on December 7 in Saudi Arabia.

Ruiz put in a poor effort in training for his rematch with AJ, and he was no match for him in losing a lopsided 12 round unanimous decision. Weighing 283 lbs, Ruiz was too slow on his feet to close the distance to get to Joshua to land his shots.

It’s unlikely that Ruiz (33-2, 22 KOs) would bother facing Charr because he’s not well known in the United States, and he hasn’t fought in three years since his win over Ustinov. Chris Arreola mentioned recently that there were discussions of him potentially facing

“I hope it’s serious because I talk to my promoter Erol Ceylan, and his partner is Al Haymon,” Charr said to Sky Sports.

“If any opponent gives you a chance for the world title fight, you say no or do you say yes? Make this fight happen, I’m ready for you. If you want, do this fight. I will risk my belt. I don’t need an easy fight. Fight me.”

Charr has past losses to these fighters:

Losing to Briedis, Klitschko, and Povetkin wasn’t a huge blow for Charr’s career, but his loss to Duhaupas put things in perspective. He’s just not very good.

Fighting Charr would give Andy Ruiz Jr a chance to win the ‘regular’ WBA title, but it wouldn’t do much to impress boxing fans both in the U.S and the UK.

Indeed, it would be viewed as a weak move on his part due to Charr’s inactivity and the route that he took to win the WBA secondary title. For example, Charr beat 40-year-old Ustinov for the vacant WBA title instead of fighting for the upper belt with the organization against Anthony Joshua.

Ruiz would gain more credibility taking on a better-known fighter in the U.S, and preferably someone that is younger and active with their careers.

Boxing fans would give Ruiz Jr a pass if he fought former three-division world title challenger Arreola (38-6, 33 KOs) because he’s still fighting at a high level despite his advanced age of 39. 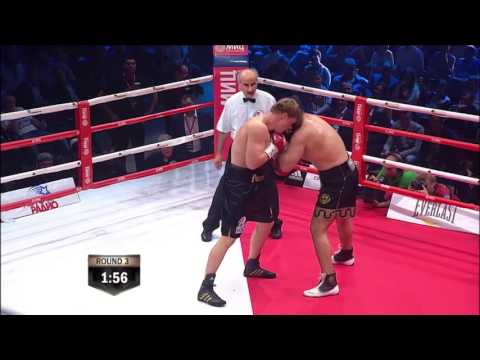 Even Arreola wouldn’t be a great choice for Ruiz if he wants to be taken seriously by fans. Ideally, Ruiz Jr needs to face one of these contenders if he wants to impress the boxing public to make them believe in him again:

The highly-rated former two-time world title challenger Luis ‘King Kong’ Ortiz would the perfect guy for Ruiz Jr to face, and the fans would respect Andy for taking that fight. However, it would be risky for Ruiz to face a fighter like Ortiz, who has power, size and boxing skills.

The talented Cuban Ortiz is someone that Ruiz couldn’t afford to lose to, as it would close the door permanently for him getting his badly wanted trilogy match against Joshua.

It’s unclear what had happened with Charr’s defense against Trevor Bryan, the interim WBA heavyweight champion. Those two were supposed to be fighting this year, but then nothing came of it.