Jorge Linares: Ryan Garcia is like a woman, posting selfies 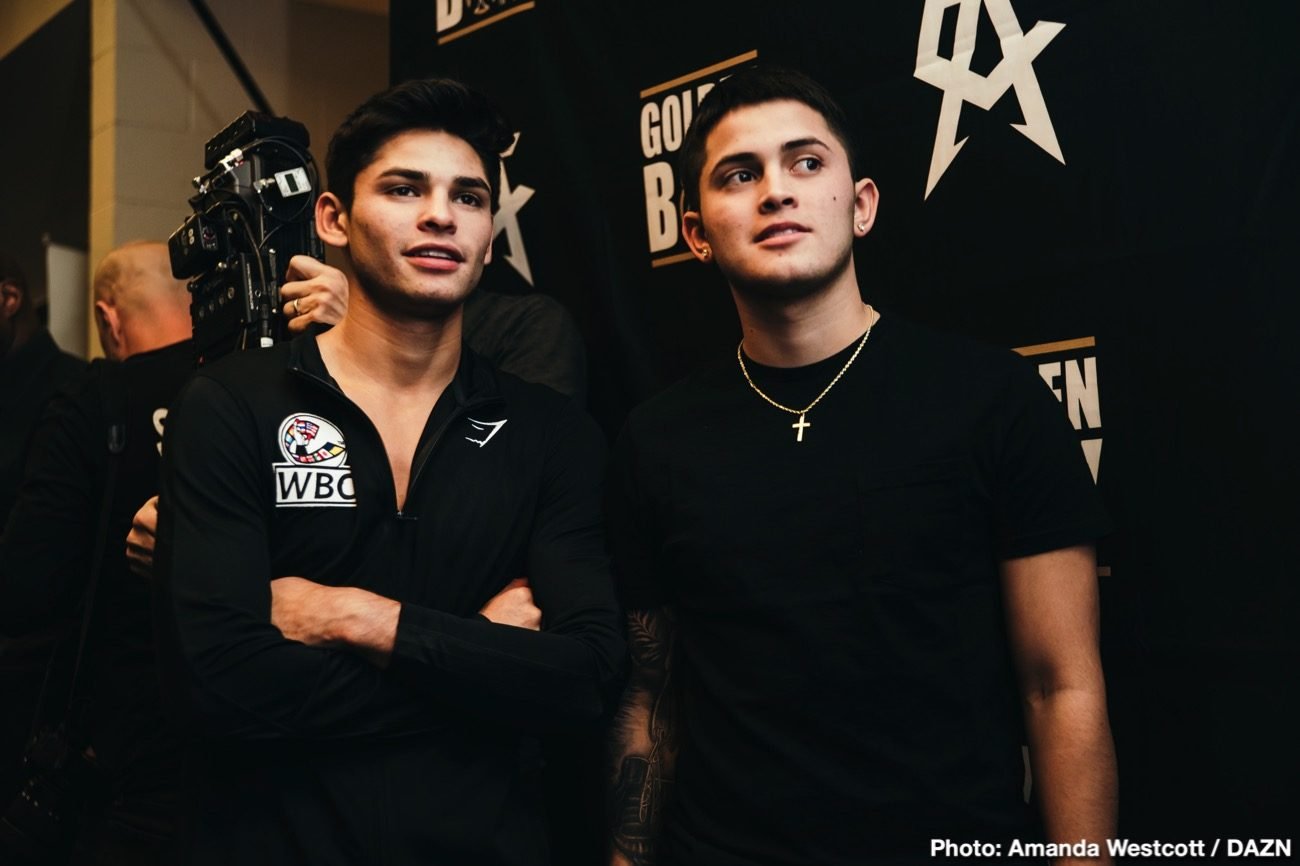 By Dan Ambrose: Jorge Linares doesn’t think much of all the preening and posing that highly ranked lightweight contender Ryan ‘Kingry’ Garcia does on social media.

The former three-division world champion Linares (47-5, 29 KOs), says he views the 22-year-old King Ryan as being like a woman posting selfies on social media for her followers.

The Golden Boy promoted Ryan was supposed to fight Linares next until he wiped out his former opponent Carlos Morales in four rounds last February.

After Linares demolition job of Morales (19-5-4, 8 KOs) on February 14, Ryan suddenly seemed to change his mind and decided to go in another direction for his next fight.

Morales is the same fighter that Ryan Garcia went life and death in beating by a questionable 10 round majority decision on September 1, 2018, at the Fantasy Springs Casino & Resort in Indio, California.

Boxing News 24 had Morales winning by six rounds to 4 scores. He had Garcia hurt on one occasion, an in distress from rounds six through ten.

Ryan makes money from his popularity

“It’s part of the game,” said Linares, 34, to Fighthub about him losing out on the Ryan fight. “He like that, he live with that. He makes money with that. Come on, six million followers, you know.

Linares was supposed to be fighting Javier Fortuna this month on August 28 on DAZN from the Fantasy Springs Resort, but tested positive for COVID-19 and was pulled from the fight.

For his part, Ryan Garcia is in negotiations with #2 WBC Luke Campbell to face him in November or December of this year. The World Boxing Council ordered Ryan and Campbell to fight with the winner to challenge WBC lightweight champion, Devin Haney.

No one knows how good Ryan Garcia is because he’s not been matched against substantial opposition by his promoters at Golden Boy. The criticism that hardcore boxing fans have about Ryan is the fact that he’s been carefully matched, and marketed in a way that suggests that he’s a hype creation and not the real thing.

It’s impossible to know if Ryan is a good fighter because his promoters haven’t matched him against quality fighters. If Ryan does face Campbell next, the public will see for the first time what he’s really all about. Campbell can fight, and he’s got the Olympic pedigree going for him.

Up until now, the only decent name on Ryan’s resume is Carlos Morales, and he arguably deserved a loss in that fight.

“The people [Ryan’s social media followers] like that, the people like drama from him. You can see all the posts where he posts. He posts all the posts something, not stupid, but very edited video. I can do that too, you know what I mean. But why can he not post something in reality life?” 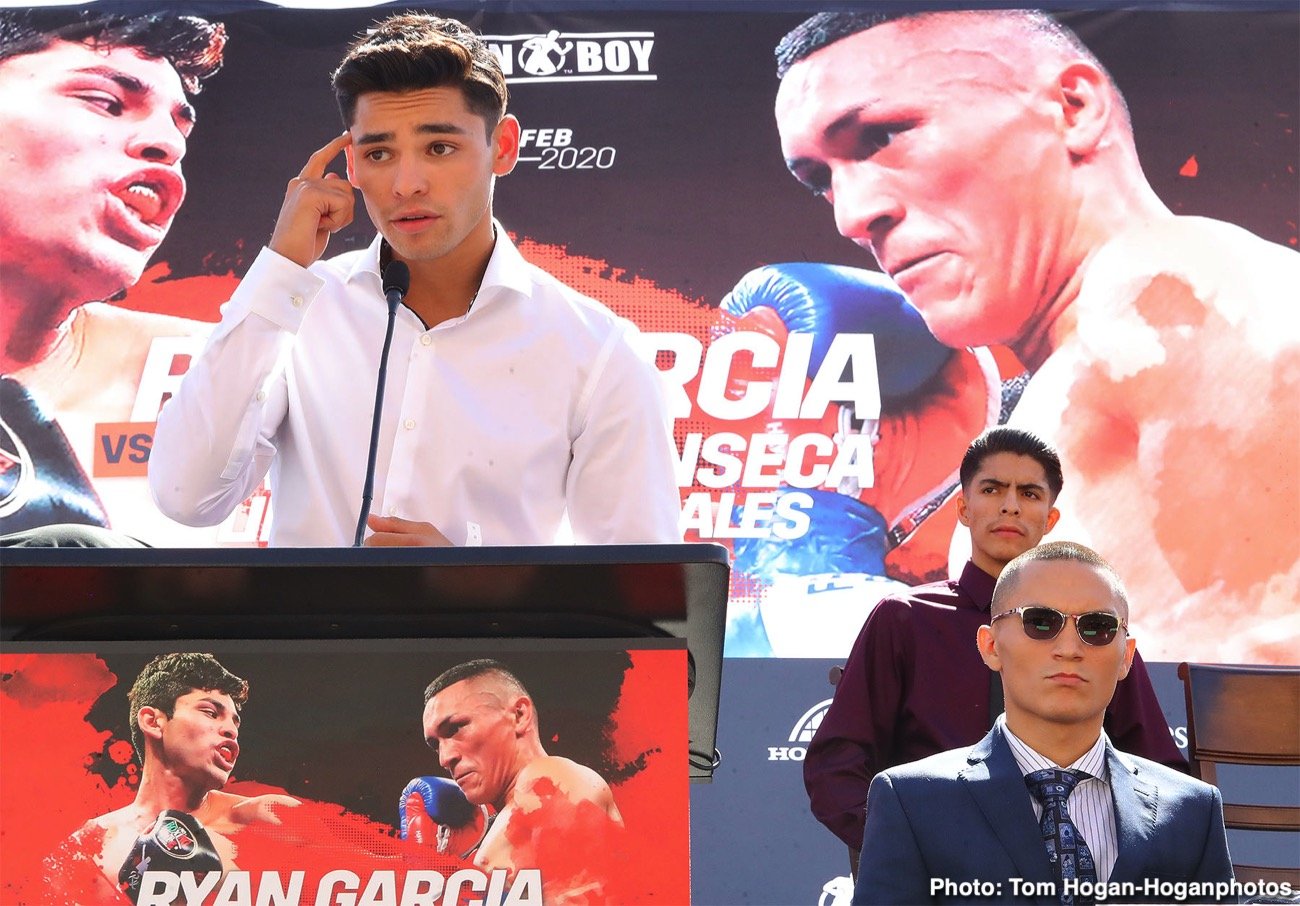 Some boxing fans would say that Linares is bitter about losing out on the Ryan Garcia fight, and so he’s choosing to criticize him in a kneejerk reaction. However, the things that Linares is saying reflects what a lot of boxing fans have been saying about Ryan as well.

They see him as a social media creation and a guy that has been carefully matched against soft opponents.

The way that Ryan has recently insisted that his promoters at Golden Boy start matching him against better opposition is putting them in a position where they need to test him against someone that is world’s better than the guys that he’s been facing. If Ryan is a creation of hype, Campbell will burst his bubble.

“I can’t imagine how many times he took to make the video. I don’t have any idea, like a woman when she wanna post a selfie. But it’s true!” continued Linares on Ryan Garcia.

“I can do that with anyone but come one, I’m not like that. I very different.”

If Golden Boy has doubts about Ryan’s ability to exist with a top contender or champion at 135, they must have huge reservations about letting him take on Luke Campbell. But it could be out of their hands at this point, seeing that Ryan feels he’s got the talent to beat Campbell and other top fighters at 135.

Golden Boy’s top brass Eric Gomez and Oscar De La Hoya likely have a good idea by now what they have with Ryan. Assuming they don’t believe in him, then this could be the Milli Vanilli moment for Ryan, where it all falls apart for him and Golden Boy.