Greg Vendetti on Erislandy Lara: ‘He’s right on the ledge and I’m the guy to push him’ 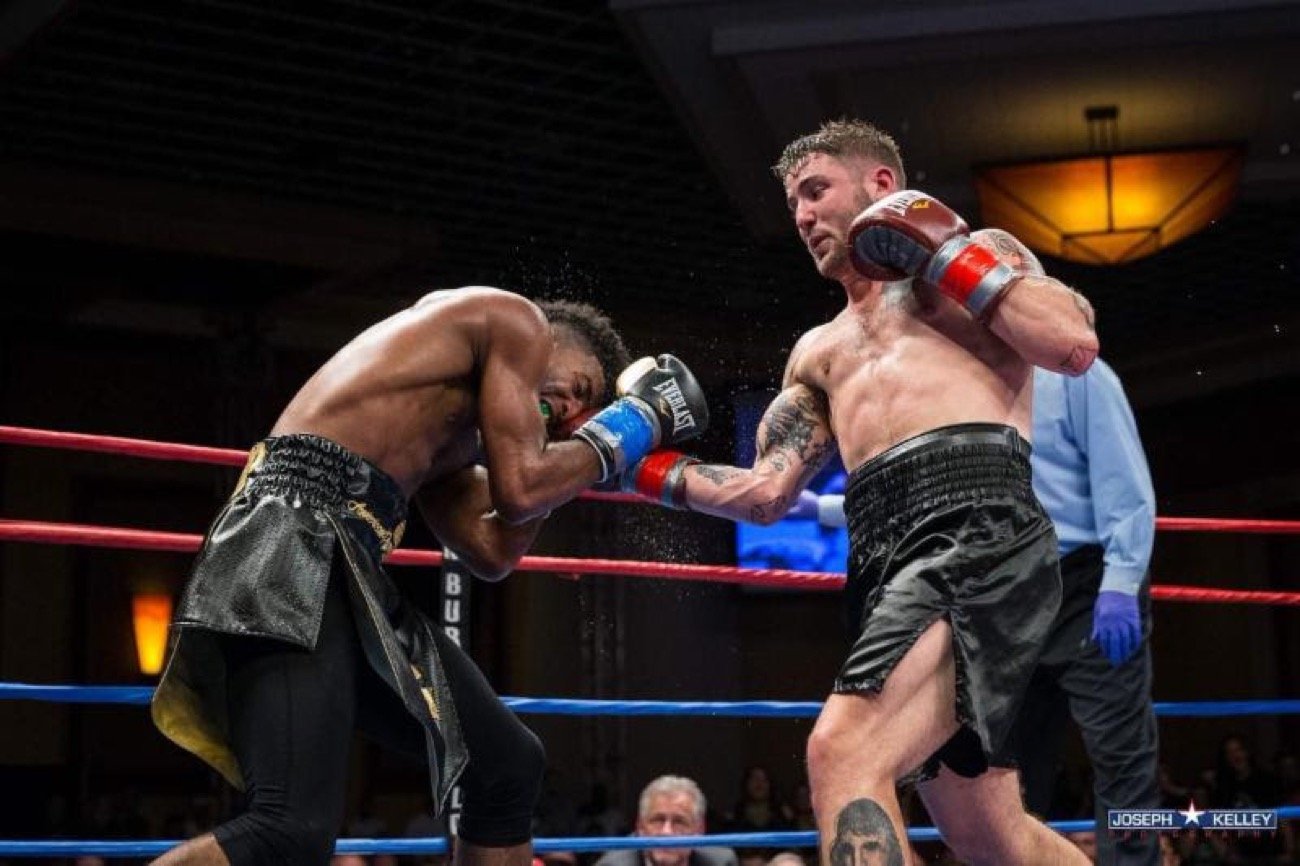 By Ian Aldous: “I wasn’t satisfied. There was more in me than that. I’m not calling it quits now, no way. I just had to ask myself a serious question: ‘Are you really a fighter or do you just like the idea of being a fighter?’.”

That was the troubling question Greg Vendetti (22-3-1) had to ask of himself following unexpected defeats in his sixth and seventh fights as a professional boxer.

“I was still working full-time for a plumbing company and after those losses; it was a short period of (thinking): ‘I gave it my best shot, but this isn’t for me’.”

After a short spell of reflection away from the hustle and bustle of the gym, the resident of Stoneham in the Boston suburbs just couldn’t walk away without leaving every stone unturned in his quest for glory.

“So, I quit my job and lived like a f*cking pilgrim (laughs) for a little bit,” the now thirty year-old explained to me. “I tried to give it everything I have – 100%. If I come up short, at least I can say I tried. I couldn’t just half-ass it and give it up. I wouldn’t be able to live with myself. Now I’m here fighting for a world title. It worked out.”

A single defeat in his subsequent nineteen pro bouts led to a somewhat unlikely shot at a Cuban legend and arguably the best 154lb fighter in the world, Erislandy Lara. This Saturday night on FOX, the vacant IBO World championship and Lara’s version of the WBA 154lbs strap will be the spoils for the victor. It’s the chance of a lifetime and Vendetti believes his golden opportunity has arisen at the ideal moment.

“It’s a perfect time for me to fight this guy. I’m made for him, you know? I put a lot of pressure on guys, I come forward and I’m active,” Vendetti said. “He doesn’t like that. He doesn’t do well with pressure (fighters). He doesn’t do well backing up. With his age and everything – I think he’s right on the ledge and I’m the guy to push him.”

The slippery Cuban southpaw previously held the IBO World and WBA titles from 2015-2018 and has only been defeated by elite competition. Trained by Joe Ricciardi, Vendetti has the self-belief to conquer Lara and shock the boxing world.

“I’ve fought about four or five southpaws in my pro career and I beat all of them,” he boasted. “I have a lot of good quality southpaws in the area that I’ve been training with to get ready for this fight. I had a fight in April that got cancelled because of Covid and he was also a southpaw. When I got the call, it was kind of like another sign; perfect timing. I haven’t sparred an orthodox guy in a year-and-a-half!”

The behind closed doors bout could provide another shock. Several post-pandemic fights have resulted in away corner victories and Saturday night may well see another. Unfortunately, the fight will lack the emotion it would have otherwise garnered had it been staged with a crowd anywhere in the vicinity of Boston. It’s something the challenger is well aware of.

“I might miss out on it (the crowd) a little bit because if you win the world title – you’re gonna hear crickets after your hand gets raised!”

‘The Villain’s’ best win to date took place in 2018 on ESPN, which also doubled as his maiden bout on television. The teak-tough Yoshihiro Kamegai was pummelled into retirement by a brutal ten-round unanimous decision, a year after going the distance in a world title contest with Miguel Cotto.

“There was a point, I think it was in the fifth round, every time he threw to my body I just threw to his body as hard as I could and I think I caught his attention because he slowed down right away after I started catching him to the body. From then on, I just backed him up and basically outworked him. That was a sign for myself (that) I can beat good fighters. This was the guy as far as rough, tough guys go – he was the guy and I out-toughed and out-roughed the toughest guy! Maybe I can f*cking hang a little bit?”

“I went into that fight with the same mindset as I’m going into this fight. What the f*ck do I got to lose? Am I trying to be the best? I’ve got to take these shots. I’m excited to see how I stack up against someone great like Lara.”

As our phone conversation concluded, Vendetti opened up, with a large dose of honesty, on what the fans can expect this Saturday night, live on FOX.

“I’m in to win it. I ain’t going there just for a paycheck. I’m not going there to be on TV and say hi to my parents,” he says with a chuckle. “I’ve prepared to the best of my ability. I’m as ready as I could ever be. Is my best good enough to win? We’ll find out. I believe it is, to be honest, I really do.”

“Look at it like this: If I f*cking go down, I’ll go down swinging.” 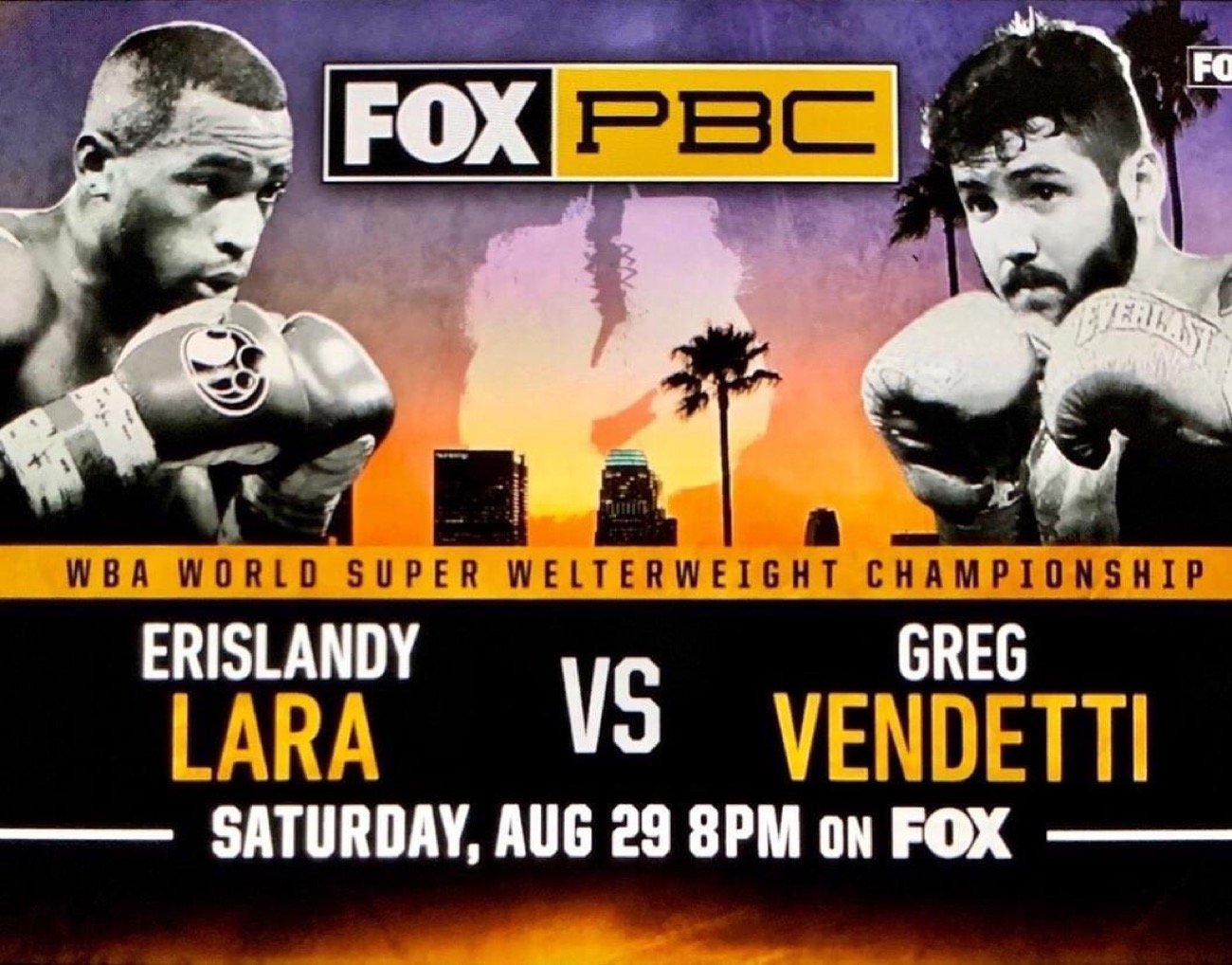 Whyte: I know I can beat Povetkin one million percent »