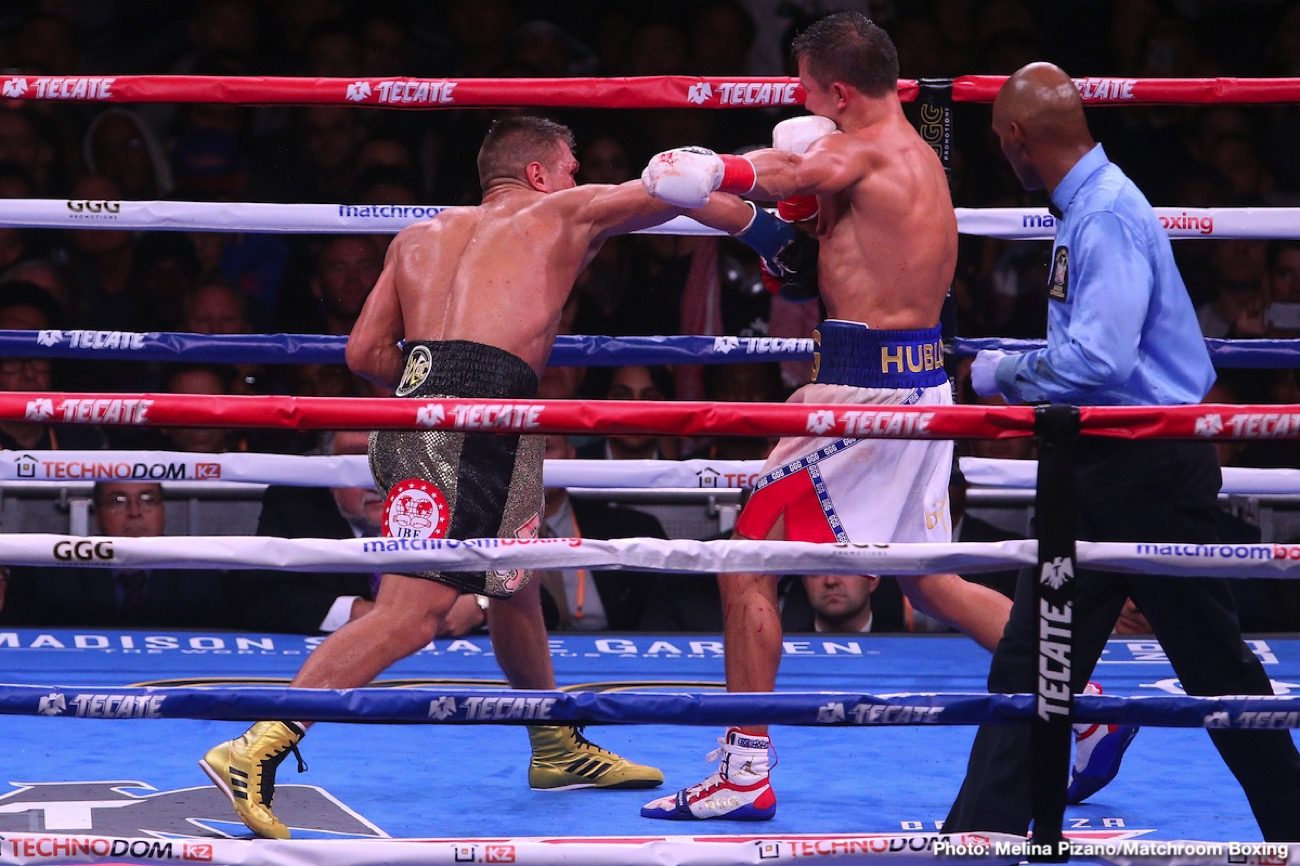 By Sean Jones: Eddie Hearn is looking for a date to schedule the middleweight title defense by IBF champion Gennadiy Golovkin (40-1-1, 35 KOs) and Kamil Szeremeta (21-0, 5 KOs). The pair would have fought months ago if not for the pandemic hitting, making it impossible for live crowds to attend boxing matches.

Top fighters like GGG are only going to be fighting once in 2020 because of the virus situation. They want to compete in front of a crowd if possible.

The only way that has a realistic chance of happening is to wait as long as possible until December, and then hope that the U.S government lets fans back in for Golovkin’s title defense against the 30-year-old Szeremeta.

The picture still looks bleak for all of 2020 as far as crowds go in the U.S, but one can always hope. Golovkin wants to get this fight against Szeremeta out of the way so that he can take on Canelo Alvarez in a trilogy match in May 2021.

Where there could be a problem is if GGG still hasn’t fought Szeremeta by the end of December, and that would bring the fight into 2021. To have time to train for the Canelo fight in May, Golovkin will need to recover from whatever injuries he suffers against Szeremeta.

“I’m trying to set a date for the Szeremeta fight,” said Eddie Hearn to IFL TV when asked what’s happening with Gennadiy Golovkin’s next fight.

“Most of these big names are only going to box once this year. AJ the same, and Fury the same. Canelo the same and Gennadiy the same. So you’ve just got to nail the date that works,” said Hearn. 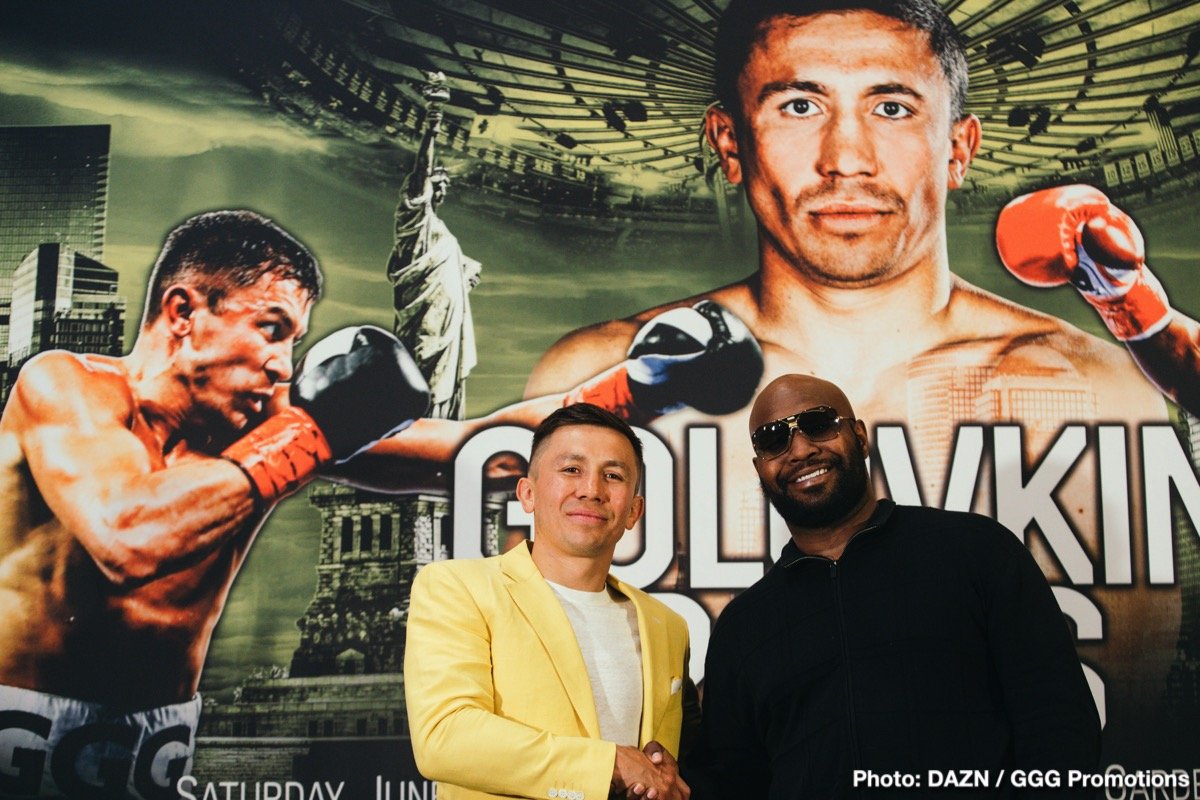 Golovkin could always wipe his hands of the Szeremeta and save him the troubles of what month to stage the fight by vacating his IBF 160lb title. Once that the IBF title is gone, Golovkin can steam straight into the Canelo fight in May.

DAZN likely won’t care if Golovlik elects not to face Szeremeta because American boxing fans have no interest in this fight, as they’ve never heard of the Polish guy.

It’s a contest that probably won’t bring in new subscribers to DAZN or motivate the fans to reactivate their suspended accounts. Where it gets interesting is if Golovkin decides he won’t fight at all this year and sit and wait until the pandemic ends.

At 38, Golovkin would be taking a risk if he waits too long, and then the vaccine doesn’t solve the problem next year.

“At the moment quite a few people are giving themselves time to see if the crowds will come back because it’ll make a big difference financially. That’s why we’re going in December with AJ,” said Hearn in giving his rationale for delaying some of the fights.

“You could go in October or November, but we want to give ourselves the chance to go to the O2. Yep and Thurman and those guys,” said Hearn when asked if he sees Kell Brook calling out Terence Crawford and Keith Thurman.”

Hearn makes it clear that Brook won’t be fighting WBO welterweight champion Terence Crawford in 2020 without crowds. The money that would be needed to pay Crawford and Brook’s purses isn’t there. That’s a fight that will need to wait until 2021.

“Good fights. I don’t see how they can happen at the moment. Look at the Teofimo incident. How are you going to give Terence Crawford five, six, or $7 million and Kell only $2 or 3 million? It’s impossible. 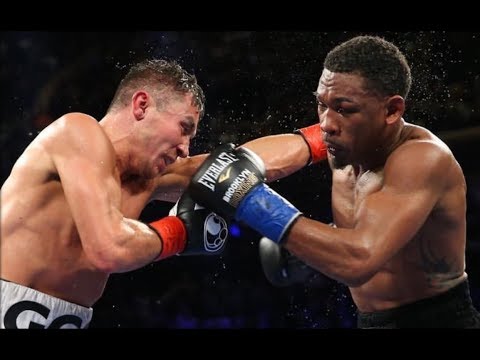 Top fighters will wait until 2021

“Until the crowds open up, it’s very difficult for someone like Kell Brook,” said Hearn when asked when Kell Brook will fight. “All the bigger named fighters that we represent. Callum Smith in the UK, Billy Joe Saunders, Kell Brook, Josh Warrington, Luke Campbell, Joshua Buatsi, but he’s fighting.”

There is a risk for the fighters that wait until 2021 to fight, as the pandemic may not end by next year. If the vaccine proves to be ineffective or if stubborn or afraid people refuse to take it, then this problem could stay with us for years.

“The guys that are championship level. How do you get them out and pay them the money that they want in this situation?” asked Hearn. “That’s the latest hurdle to overcome.

“When we talk about the Matchroom-Queensbury stuff, I’m open to that, but my immediate focus is getting through this period. It’s going to be very tough for all of us,” said Hearn. 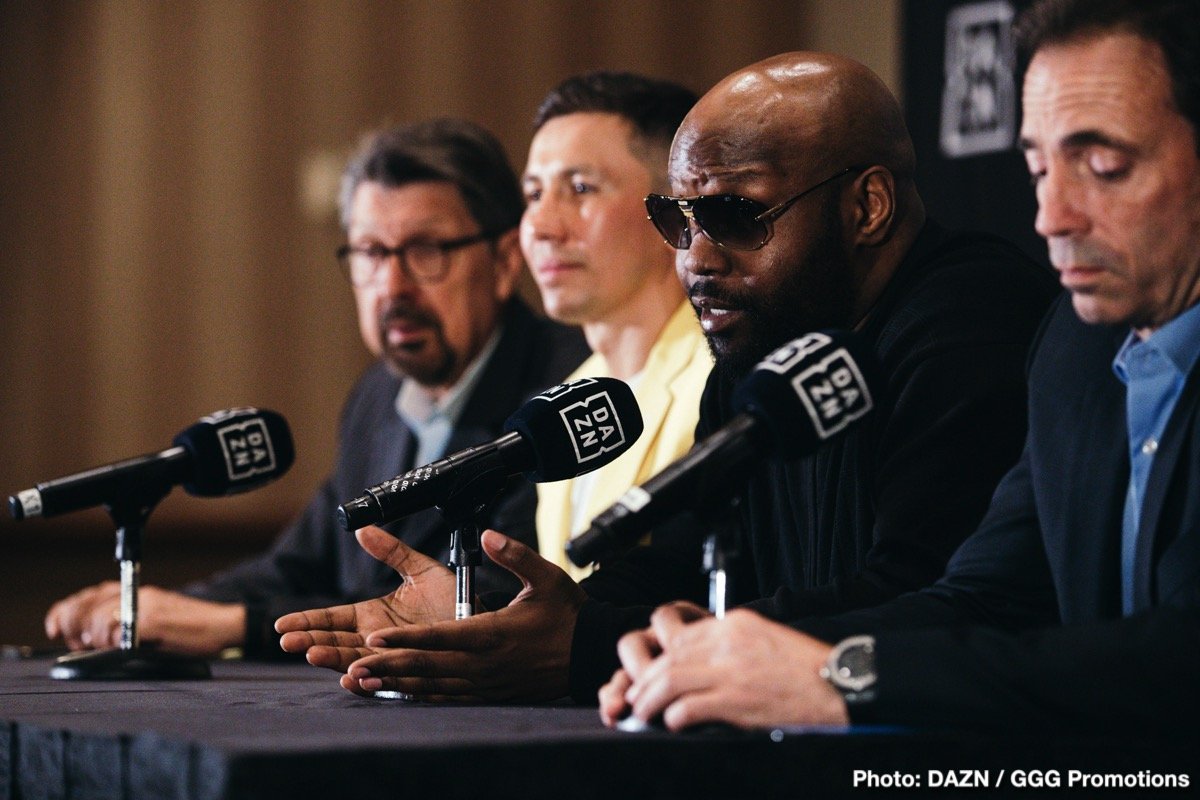 What Hearn is saying is that virtually all the exciting fights that boxing fans want to see won’t happen until next year. Some of the top guys like Anthony Joshua might be willing to sacrifice money to fight this year, but he’s of the view. With the funds Joshua has already made in boxing, he’s someone willing to take less to compete in 2020.


« David Benavidez vs. Alexis Angulo official for August 15 on Showtime