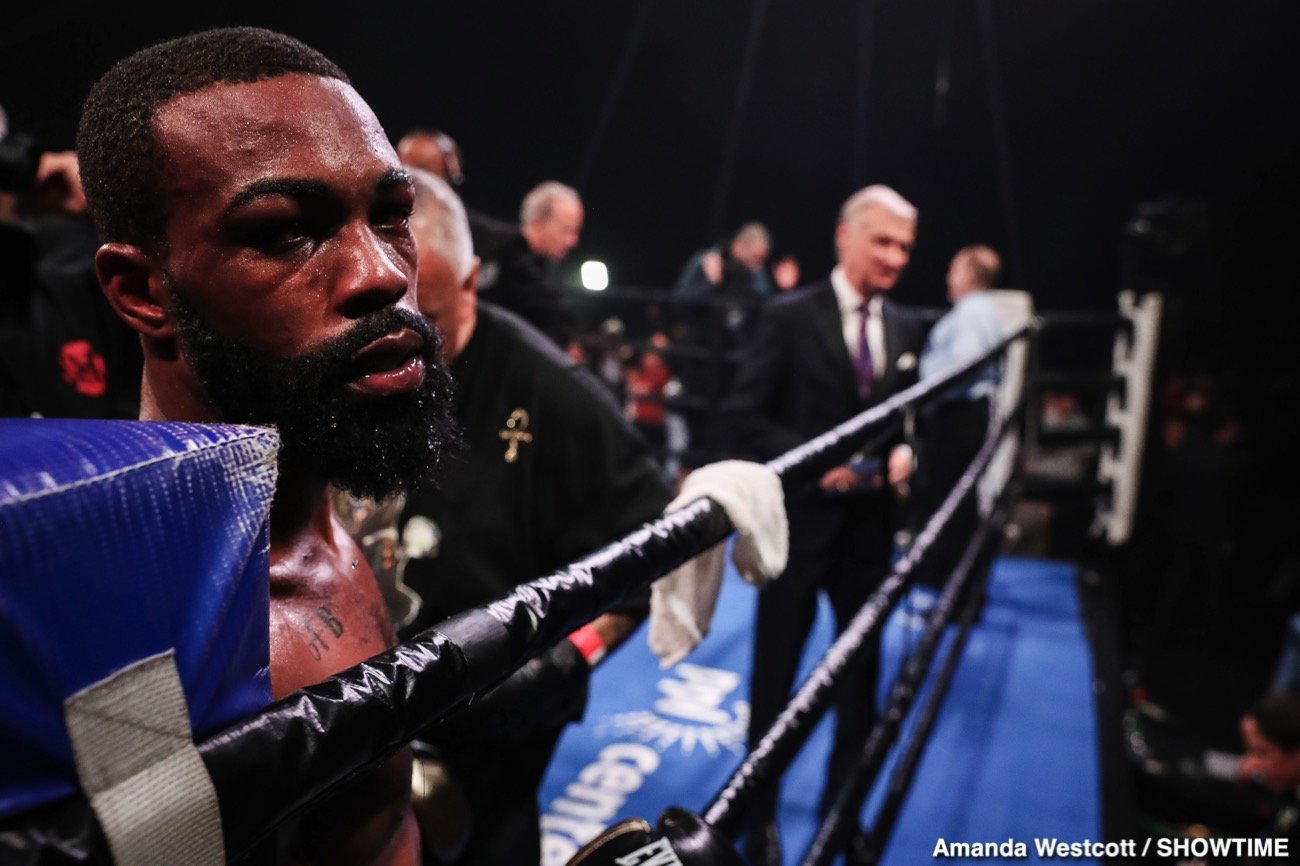 By Chris Williams: Gary Russell Jr revealed earlier today that his adviser Al Haymon sent an offer to Terence Crawford for a fight between them. The unbeaten WBC featherweight champion Gary Russell Jr (31-1, 18 KOs) is ready to move up four divisions to face the unbeaten Crawford (36-0, 27 KOs) for his WBO welterweight title, and all he has to do is accept the offer.

Gary Jr (31-1, 18 KOs) says if the contest between them fails to happen, it’s because of the 32-year-old Crawford. Russell Jr has been pushing Crawford to try and face him, but he’s had no luck thus far. It could be one of those situations where Crawford would have nothing to gain in meeting Russell.

If Terence loses, then his career would be pretty much over, and if he struggles to win, it would be the same thing. Crawford still hasn’t fought anyone good during his 12-year professional career, and no one knows how good he is.

They know Crawford can beat guys like John Molina, Amir Khan, and Hank Lundy, but that’s about it.

Crawford’s promoters at Top Rank still haven’t found him an opponent in 2020, and it’s starting to look like he might not fight at all this year.

Russell Jr says he socked Crawford in the mouth years ago when he started talking bold, and he didn’t do anything about it. Now years later, Russell Jr is giving Crawford a chance to show boxing fans what he would have done had he responded.

“The second conversation with Al Haymon about Terence Crawford. We officially made an offer, and it’s been sent to Terence Crawford,” said Gary Russell Jr on social media.

“Terence, let’s settle this s*** once and for all and show the fans what would have happened had you attempted to fight back if I punched you in the mouth.

“Let’s do this in front of everybody and showed what would have happened,” Russell Jr continued. “This is for real. All we’re doing is waiting for a response. If the fight doesn’t happen, I want all the fans and the punk a** haters and doubters to know that it didn’t happen because of Terence Crawford.

“He didn’t want to make weight point, blank, and period. The ball is in your court now. Make something happen, slim. As you can see, I don’t got no sauna suit or none of that s*** on.

Gary has looked sharp in dominating everyone he’s faced since he turned pro in 2009, aside from Vasily Lomachenko. That’s the only loss on Russell’s 11-year resume.

Keith Thurman tells Terence Crawford: Send the contract over and I’ll sign it »