By Charles Brun: Once again, WBC president Mauricio Sulaiman is saying that the winner of the trilogy match between Tyson Fury and Deontay Wilder must face mandatory Dillian Whyte by early 2020.

This isn’t anything different from what Sulaiman said last July about the Fury vs. Wilder III fight needing to face Whyte (27-1, 18 KOs), but he’s reminding the boxing fans about that.

It won’t be a shock to the boxing world if Whyte fails to fight the Fury-Wilder III winner. These are the things that can go wrong for Whyte:

Whyte has been bellyaching for ages about his title shot, but he undermined himself by delaying an agreement to fight in a title eliminator.

“The WBC has confirmed that if Whyte is triumphant against Povetkin, the winner of the upcoming Fury vs Wilder III bout, which is scheduled for Dec 19th, must face Whyte in the mandatory defense early next year,” said Sulaiman per Michael Benson.

With that said, just because Sulaiman is saying that the winner of the Fury-Wilder 3 fight must face Whyte doesn’t mean it’ll happen. Wilder or Fury could vacate the WBC title, and let Dillian battle it out for the vacated title with #3 Luis Ortz. 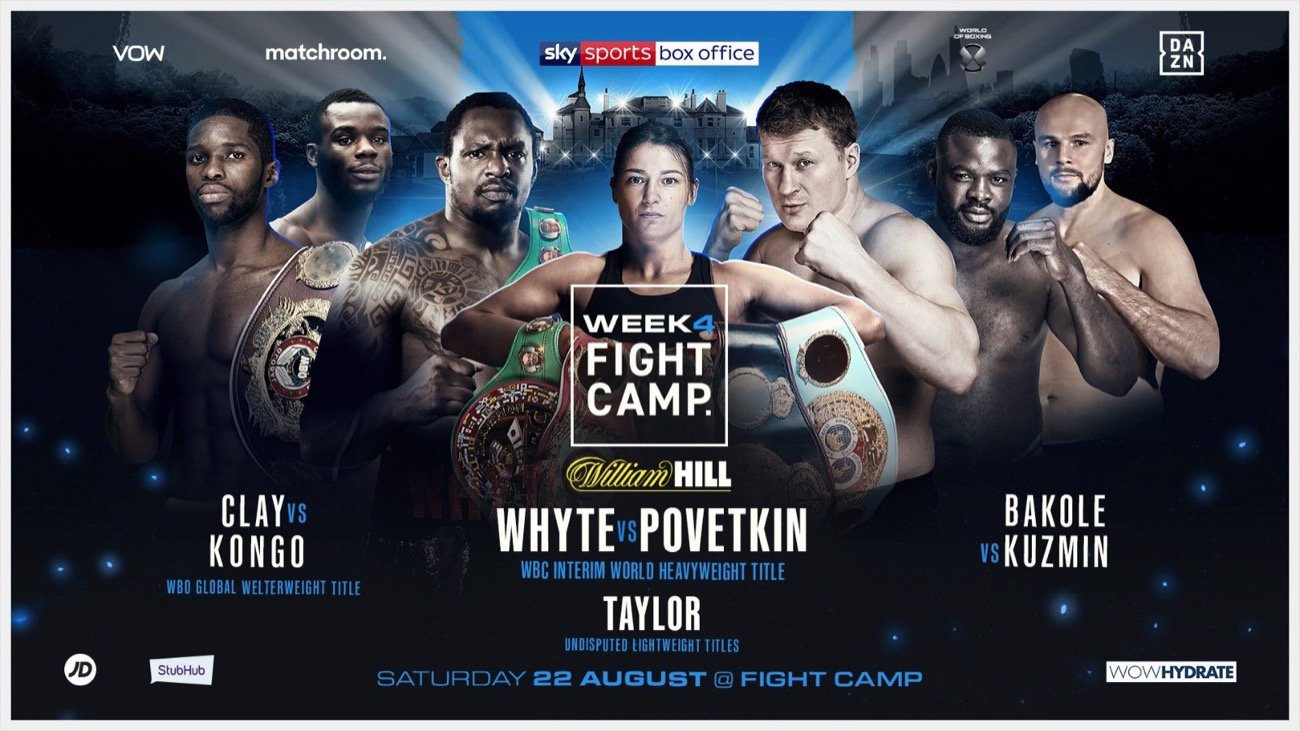 ‘King Kong’ Luis Ortiz is the same fighter that the World Boxing Organization ordered Whyte to face in 2018 in a title eliminator, and surprisingly, he chose not to face him.

Was Whyte afraid of the talented Cuban, or did he think the WBC would simply make him the mandatory without fighting? We’ll never know.

Whatever the case, Whyte blew it and caused a one-year delay before the WBC ordered him to fight in another title eliminator. This time against the far less dangerous Oscar Rivas and Whyte accepted it and beat him by a close 12 round decision.

Whyte has been given a lot of breaks with blown calls or no calls in his fights in the UK. He got credit for a head-butt knockdown of Parker in the second round.

The two-point deductions for Chisora in his rematch with Whyte factored into the outcome. In terms of officiating, Whyte has had it his way lately.

“We’re expected to have news shortly but we understand the complications,” said Sulaiman to Boxing Social on whether Fury will face Wilder in 2020.

“It’s a major fight, and we’re just waiting to hear from them in the near future. The WBC’s position is to sanction Fury-Wilder and the winner makes a mandatory [against Dillian Whyte or Alexnder Povetkin]. We have that set in stone. Everything else is variable,” said Sulaiman.

Dillian’s title shot is only set ni stone if he beats Povetkin and if Fury or Wilder don’t vacate the WBC title. They wouldn’t be showing fear in vacating the WBC heavyweight strap. Fury isn’t afraid of Whyte, and neither is Wilder.

The only reason why they would vacate the WBC strap is that it’s a useless anchor that is weighing the Gypsy King down from going straight into the far more lucrative fight against Joshua that the entire world wants to see.

Whyte should recognize that and agree to let the Fury-Joshua fight take place ahead of his mandated title shot in early next year.

Right now, Dillian is only thinking of himself in badgering the WBC, Fury, and Wilder for his mandated title shot. What Whyte needs to do is take the high road and let the Fury-Wilder winner take on Joshua.

Dillian must beat Povetkin on August 22

All this talk of Whyte getting the mandated title shot against Fury or Wilder could be pointless if Dillian doesn’t beat Alexander Povetkin on August 22. Whyte and Povetkin (35-2-1, 24 KOs) are fighting on Sky Box Office and DAZN at the Matchroom Fight Camp in Brentwood, Essex, UK.

Although Whyte’s boxing fans in the UK believe it’s a forgone conclusion that he’ll beat the 40-year-old Povetkin, it might not turn out that way. Whyte struggled to beat Mariusz Wach, Joseph Parker, Oscar Rivas, and Dereck Chisora.

But other than those two, Povetkin has shown that he has the talent to beat the B-level fighters, and that’s what Whyte is.

Povetkin is still a very good heavyweight despite his advanced age and his lack of size. At 6’2″, 225 pounds, Povetkin doesn’t have the same mass as the 6’4″, 250+ pound Whyte, but he has the power and the boxing skills to beat him.

Moreover, Povetkin is a lot more experienced than Whyte, and he knows what he’s doing inside the ring.

The guys that Whyte has been beating have been flawed fighters that lacked the ring IQ to beat him. They undermined themselves by making silly errors like over-swinging out of anger as we saw with Chisora or fighting timidly like Parker.