Errol Spence: Too many boxers calling themselves world champions 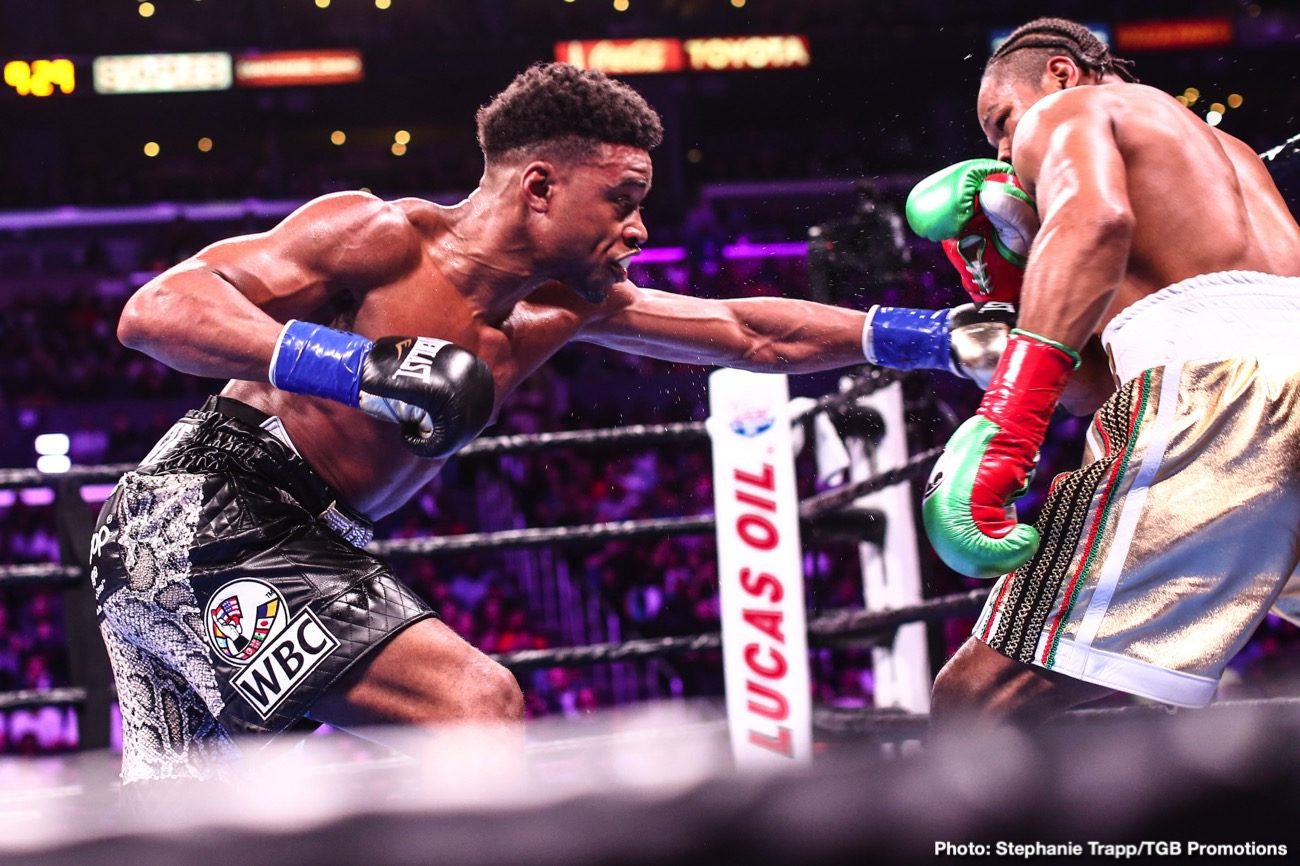 By Sean Jones: Errol Spence Jr says there are too many fighters calling themselves world champions in boxing, and he wants the sport to start eliminating all these belts.

Spence (26-0, 21 KOs) holds the IBF and WBC welterweight straps, and he’s considered one of the rare legitimate world champions today. Spence will be defending his two straps on November 21 against Danny ‘Swift’ Garcia (36-2, 21 KOs) on Fox pay-per-view.

There are too many titles

Unfortunately, the four major sanctioning bodies have littered boxing and watered down each division with their numerous world titles.

These are some of the titles that have arguably watered down the sport:

The sport of boxing should have only one champion per division instead of what we have now, which is a potential 11 champions in each division. You’re talking this kind of a mess: lineal, Ring Magazine, WBC, interim, Franchise, WBC Diamond, WBA regular, WBA gold, WBA Super, IBF, and WBO. 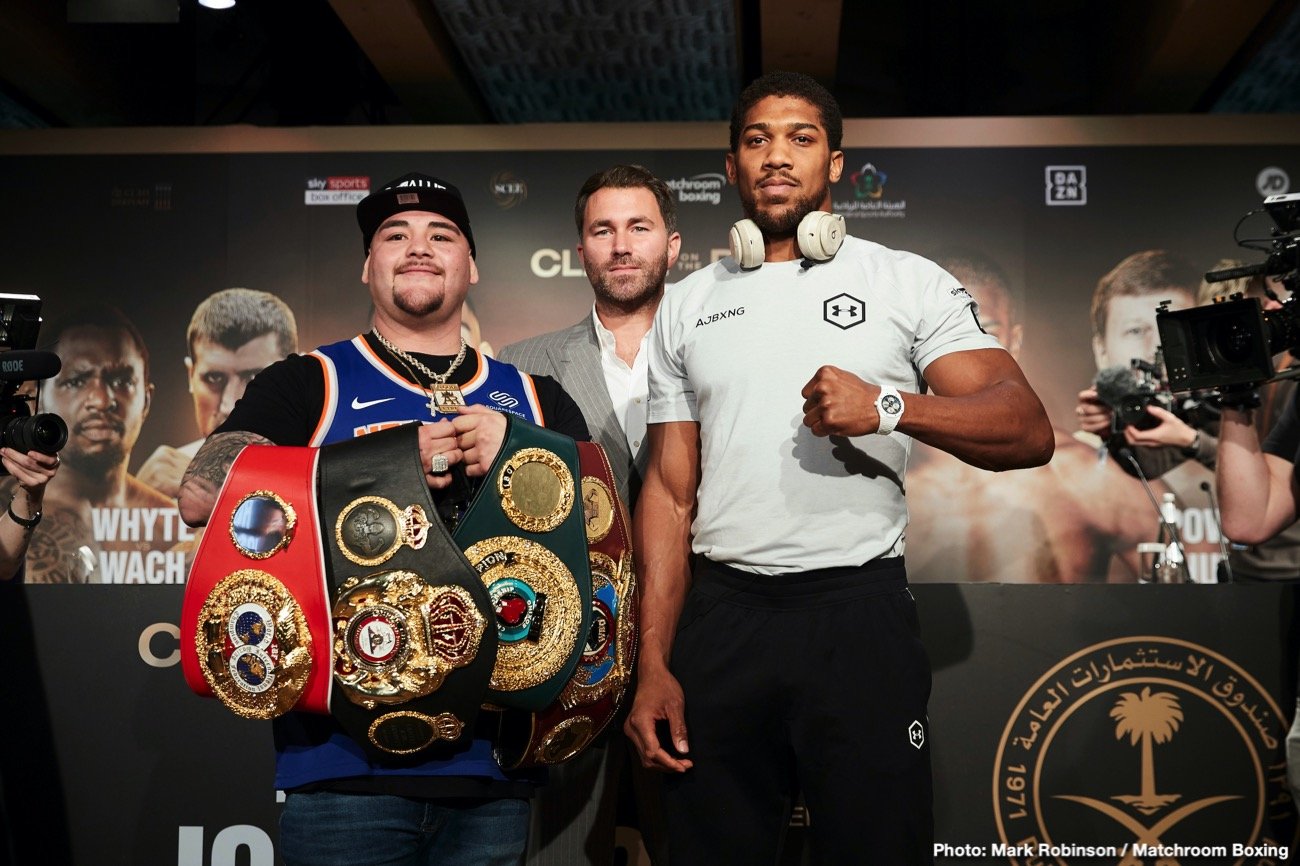 It’s a pure mess and the fans don’t know the real champions are, and that’s so sad. As such, when you hear a promoter like Eddie Hearn trying to pressure Tyson Fury to defend his WBC heavyweight title against his mandatory challenger Dillian Whyte, it doesn’t mean anything if Fury were to choose not to take the fight.

Fighters are empowering the sanctioning bodies

He loses nothing from fighting Whyte because it won’t matter to the boxing world if Fury vacates or lets the WBC strip him of his WBC title.  The fans won’t care, and Fury already holds the Lineal and Ring Magazine titles. It’s all redundant with Fury holding more times.

What further empowers the sanctioning bodies to continue to create new titles are fighters like Anthony Joshua, who is validating them by wanting to collect all the straps instead of saying, ‘The heck with these useless trinket titles. I’m tossing them in the garbage and coming up with my own designation.’

Although Spence isn’t saying anything about what has got him all worked up about the numerous titles, he might be upset at what happened last Saturday night with Rolando ‘Rolly’ Romero (12-0 10 KOs) winning a 12 round unanimous decision over Jackson Marinez (19-1, 7 KOs) to capture the interim World Boxing Association lightweight title.

The victory for the 24-year-old Romero was highly questioned with a lot of boxing fans believe it to be a robbery of the highest order. Romero vs. Marinez was shown on Showtime Championship Boxing and took place at the Mohegan Sun Casino in Uncasville, Connecticut. 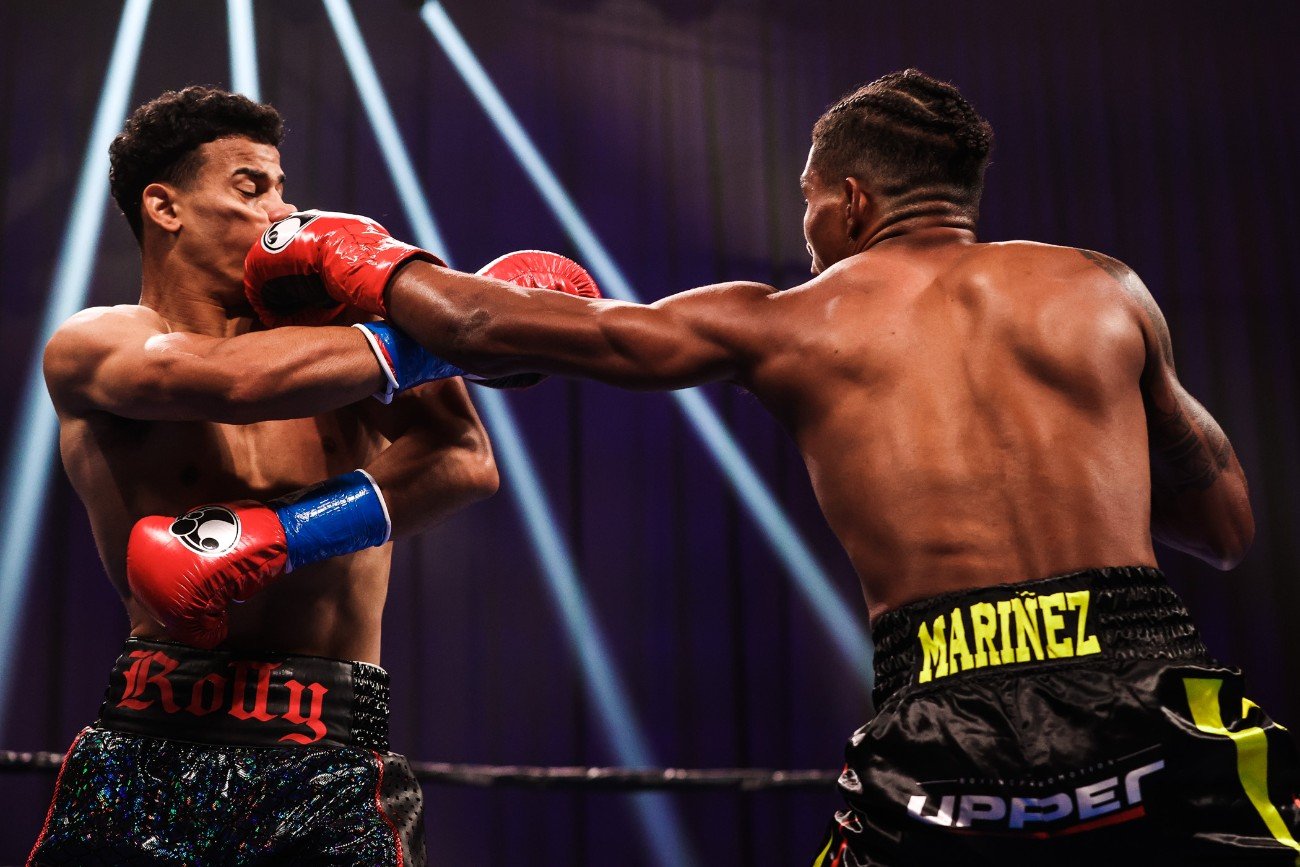 With so many boxing fans seeing the fight between Romero and Marinez, the results weren’t able to be swept under the rug due to the contest not being seen by fans. Romero vs. Marinez was seen by thousands of fans, and they’re furious about it, and they view Romero is an underserving WBA interim 135-lb champion.