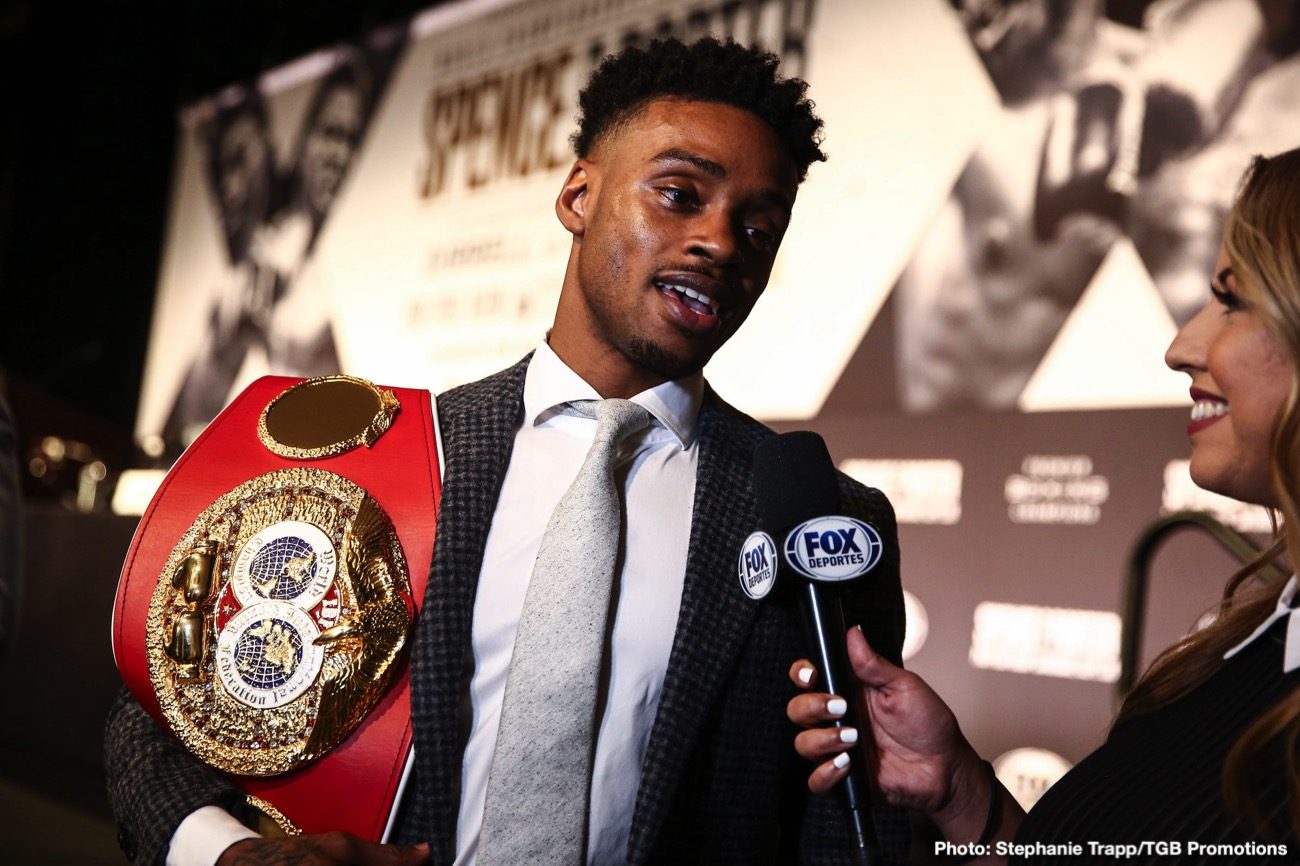 Acosta wants Spence to face 39-year-old former WBA welterweight champion, Luis Collazo, in a warmup fight. It’s not happening, though, seeing Spence has already made up his mind that he’s taking Danny Garcia without a tune-up. Spence is calling Danny his warmup fight, and he’s not worried about him at all.

Spence and Danny ‘Swift’ Garcia are fighting on Fox pay-per-view at a still to be determined location in November.

The chief concern that Acosta has is the car accident that Spence had on October 10 last year and the injuries that he sustained. Acosta doesn’t care that IBF/WBC welterweight champion Spence (26-0, 21 KOs) has been given a medical clearance to resume fighting.

He feels that there might be something unseen from the tests that will surface during the fight once Danny Garcia starts catching Spence with his big shots.

Acosta says that if Spence, 30, were to face Danny (36-2, 21 KOs) this Saturday night, he’d lean towards Danny to beat him because of the accident.

Spence maintains that he’s 100% healthy and that he doesn’t need a tune-up, but Acosta and many other boxing fans think he’s asking for trouble. If there is a problem with Spence, it’ll likely be found out during training camp because he’s going to be getting hit a lot by big shots. 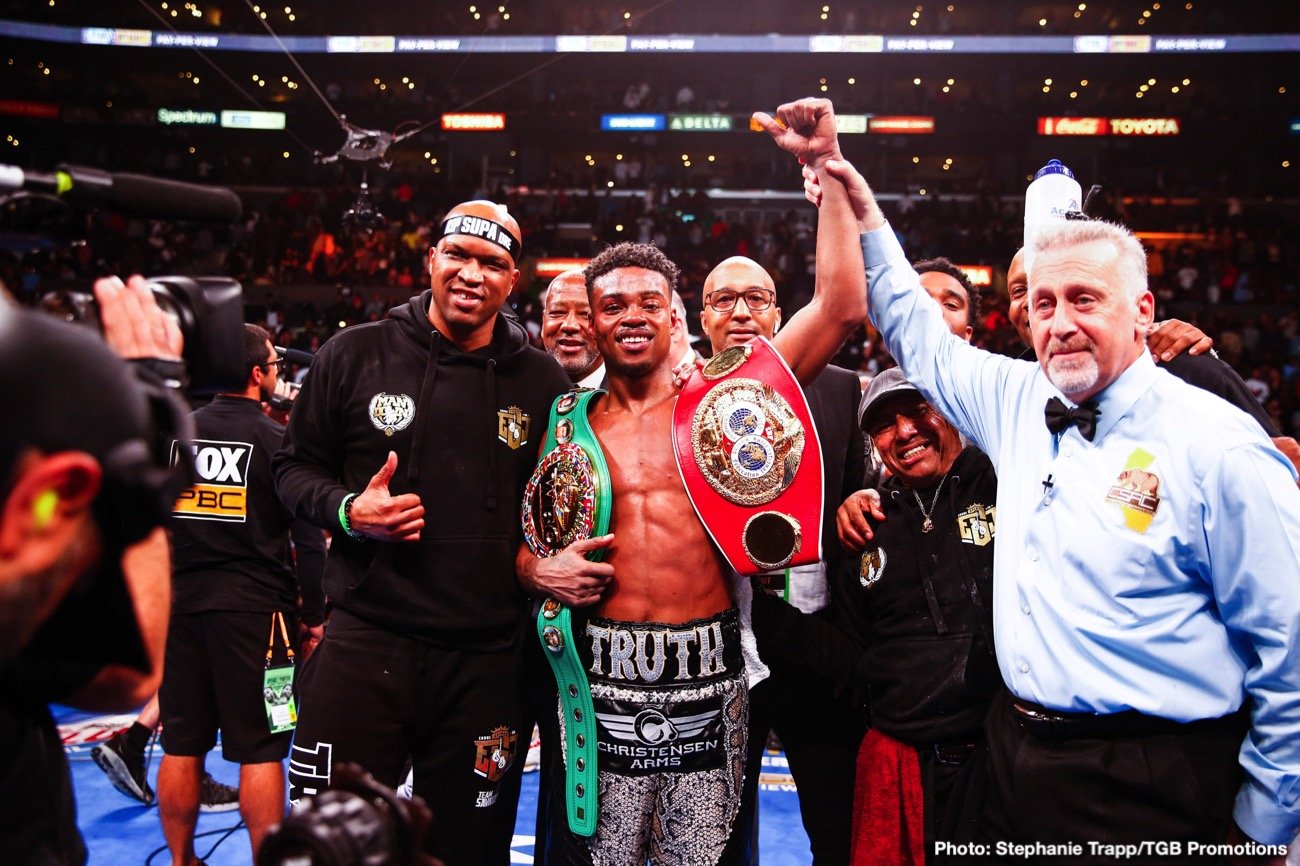 Errol should take a tune-up

“What concerns me with Errol Spence after his car accident is we can say he didn’t sustain a serious injury, thank goodness to that because he didn’t get tragically hurt where it put an end go his career,” said coach Acosta to Fighthype. “But we all don’t know how he’s going to react in the ring.

“So if he [Spence]  were to come and fight, I wouldn’t take anybody that’s a high caliber right now. I would take some nice little tune-up. Maybe, you know, get him in there with Luis Collazo or someone that’s a decent fighter, a nice good fighter, but not a world-class yet. It’s scary,” said Acosta,

Spence has pressure on him to fight the best guys because he’s now a pay-per-view fighter. The 2012 Olympian Spence just made that leap last year in his fight against Mikey Garcia, and understandably, he doesn’t want to go back to fighting on regular Fox or Showtime.

A fight like Spence vs. Luis Collazo wouldn’t be big enough for pay-per-view, and it would hurt the momentum that Errol has with his career. So for that reason, it makes sense for him to fight Danny next.

We’re just the visuals on the outside. It’s totally different. So against a guy like Crawford, I really don’t know. Crawford is a dangerous 147, but I wouldn’t recommend that fight at all,” said Acosta. 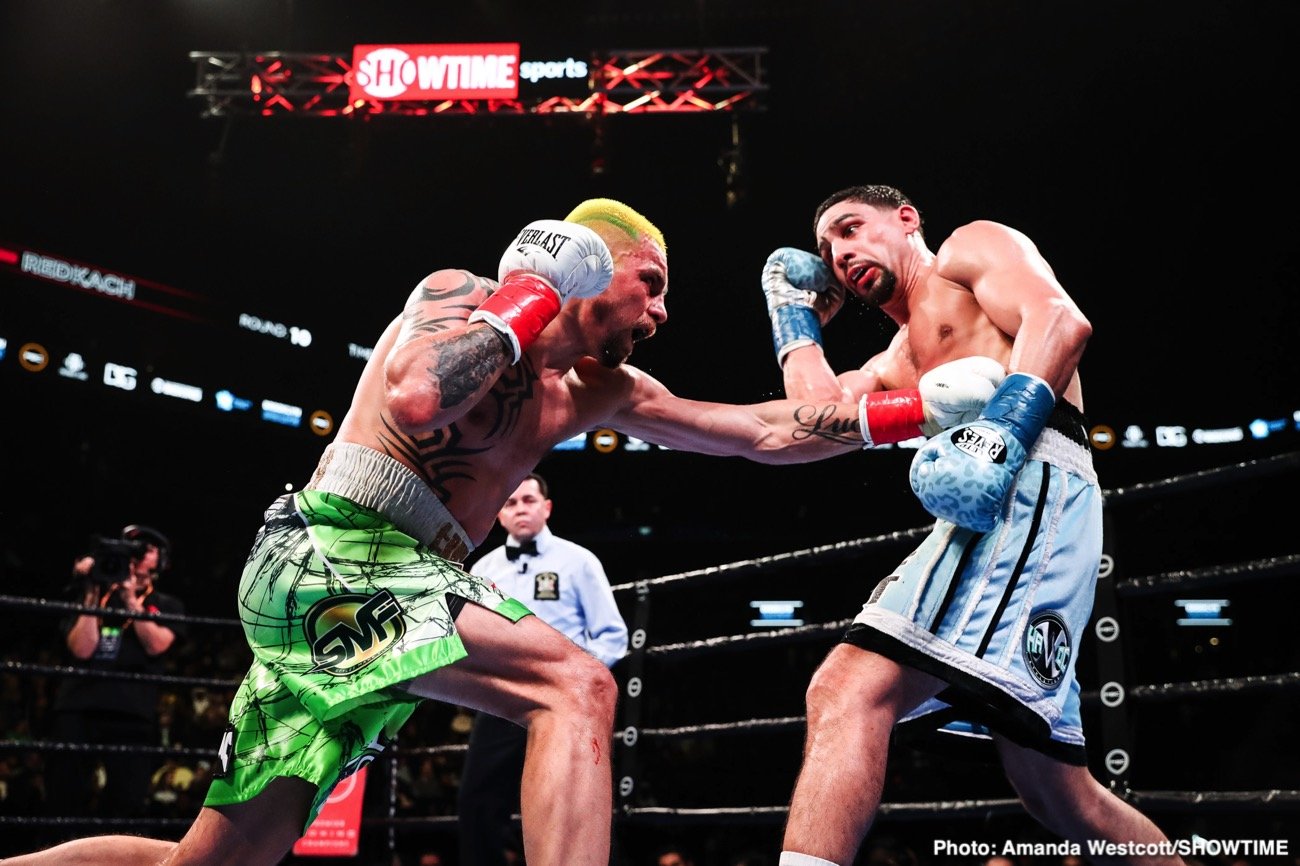 “I respect Danny [Garcia] very much as a fighter,” Acosta continued. “I think he’s really established himself as a presence, and I like Errol Spence, but I’m going to have to give it Danny.

“The reason is, Danny has excellent timing. He can catch you in between shots, and he has bad intentions to throw that shot and take you out. He has a great chin, and we’ve never seen him rocked.”

Garcia, 32, does hit very hard, but he’s someone that Spence can outbox if he’s in the boxing mode like he was against Mikey Garcia. As long as Spence is fighting smart, Danny will have a hard time connecting with his bread & butter shot, his left hook.

“He’s fought some top guys. He fought Porter, even though Porter may not be a top puncher, but that’s somebody speaking from the outside. And you’ve got Thurman. He can take some shots.

“Spence’s defense is a little bit shaky to me in the beginning because he gets touched a little bit more than one shot. Danny catches you in between shots with the power that he delivers.

“I don’t know. With that accident, I would love to see Spence fight first for me to take any type of determination or prediction. But if you were to say it’s happening on Saturday, I would go with Danny.”

If Spence and Danny were to fight this Saturday, Errol would likely knockout Garcia. Danny has been looking carelessly out of shape recently, and he wouldn’t be ready to face the cut-up Spence right now. Danny looks like he’s in 160s right now from kicking back during the lockdown.

“Yeah, without a doubt,” said Acosta when asked if his fighter Jaron Ennis wipes out the 147lb division. “Most people would say that I’m biased because that’s a guy that I work with.

“I’ve seen what this kid can do. I don’t know if I’ve mentioned it before, but even in sparring and fighting, he hasn’t yet shown 50% of what he can do. No one has challenged his IQ enough for him to go into his bag of tricks for him to show what he has.

“Right now, Crawford is an excellent fighter. Danny’s on his way out. But nobody can touch him [Ennis]. I’ll do a full training camp for free if somebody can knock him over. Yes,” said Acosta when asked if Ennis is the heir apparent to the division.

The 23-year-old Ennis hasn’t fought anyone good as a professional, and he was handled with ease by Gary Antuane Russell in the amateur ranks.

Those two fights showed Ennis’ limits as a fighter, which might explain why he wasn’t signed by one of the significant promotional companies after he turned pro.

“No one wants to fight him. It’s not about money,” said Acosta. “It’s going in there as a high-risk, low reward. I would like to see Boots fight Pacquiao. Pacquiao has fought everybody.

“So, regardless of the outcome, what does Pacquiao have to lose? Pacquiao is legendary. No matter what, he’s going into the books, right? I don’t see Danny taking the fight, and I don’t see Spence taking that fight.”

Acosta is dreaming if he really thinks Pacquiao will bother fighting little known Ennis. Not only is it not happening soon, but it’s also never going to happen. Pacquiao only wants to fight guys that are popular and bring something to the table. Ennis brings nothing at all.

“That’s pay-per-view, seven-figure fight 154. It’s hard to tell,” said Acosta when asked how a fight between Ennis and Vergil Ortiz would go. “Vergil is just starting out. I think he’s a fantastic fighter.

“It’s hard to give input. Even though we’ve seen a lot of Vergil, but I want to see him in a higher caliber type of fight.

Vergil Ortiz Jr is also another fighter that wants to face only the best, and he’s not going to bother with fringe contender Ennis. It’s a case of Ortiz Jr having nothing to gain in meeting a bottom-ranked guy like Ennis.