279 Days: The Inside Story of Akeem Ennis-Brown and Philip Bowes 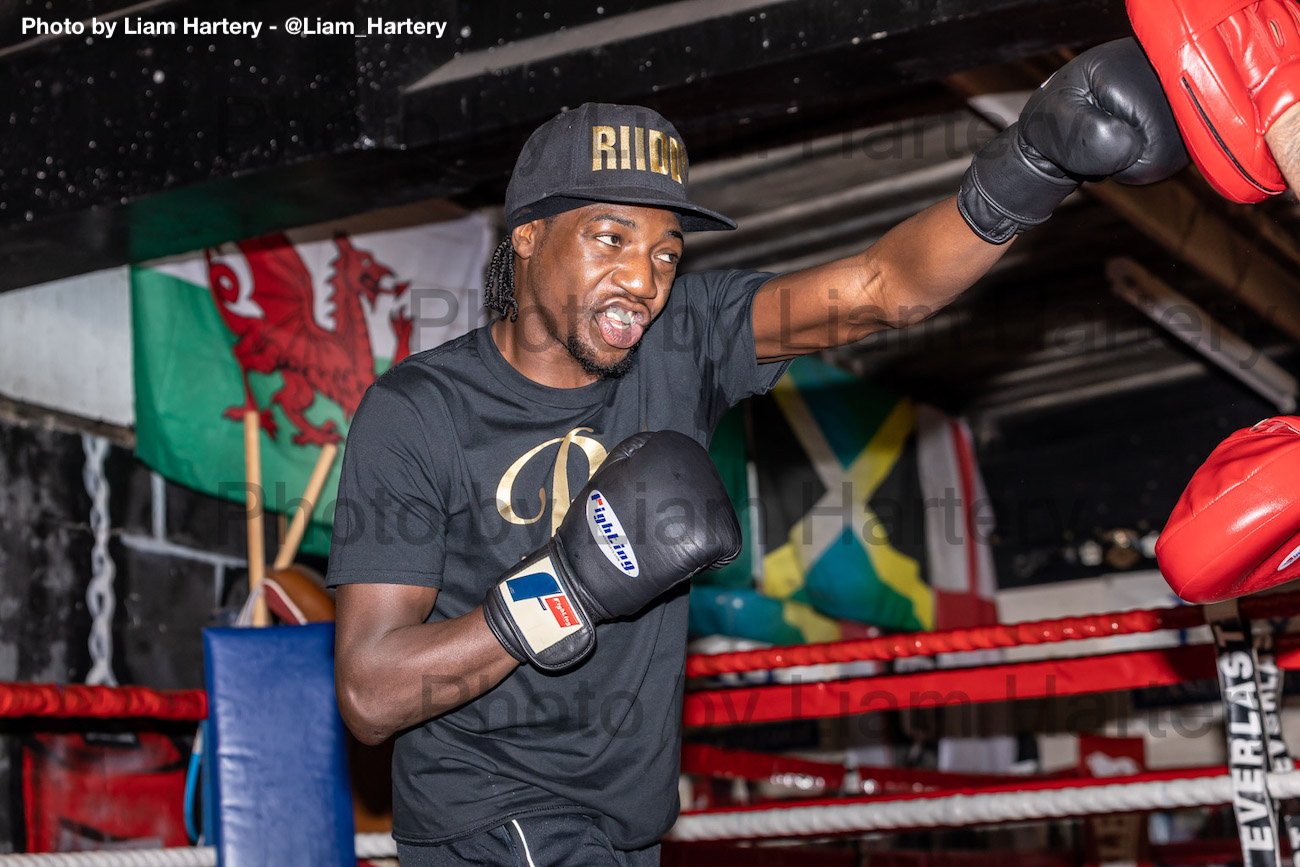 by Ian Aldous: 279 days is a long time. 279 days is a very long time when you’re Akeem Ennis-Brown (13-0) and more than nine months have passed since he should have battled Philip Bowes for the Commonwealth and vacant British super-lightweight championships. The intriguing bout has been postponed on three occasions, but Wednesday September 2nd is the day that Ennis-Brown hopes to finally get his hands on the veteran champion.

November 29th 2019 was the first-scheduled fight date and the double-title contest was set to take place at the historic York Hall in London. Ennis-Brown takes up the story.

“The first time it got called off was on his show; a Mickey Helliet (promoted) show. All through the build-up of the fight – it just didn’t feel real, like it wasn’t going to happen,” the twenty-four year-old explained. “Even my management team said: ‘Don’t get your hopes up’. They (Bowes’ team) weren’t sending contracts. Their team announced the fight without sending the contracts, so technically the fight ain’t going ahead. I didn’t think much about it; I leave that stuff to them. They weren’t sending a fight poster, so we couldn’t really promote the fight. They wouldn’t send us no tickets. This ain’t a TV fight – tickets make the show and I know Philip Bowes doesn’t sell a massive amount of tickets in his own city, though he might’ve for that fight. If he can’t sell loads then I can sell loads. Eventually we managed to get tickets right at the last two weeks. (I) still did good on tickets, there’s such a big interest in Gloucester. My fanbase go mad for it!”

“All through I had this weird feeling it wasn’t happening. It didn’t feel right. I don’t know why.”

It was a slow and painful process waiting for contracts and tickets, but everything had eventually come to fruition. Events started to take a negative turn on the day of the weigh-in.

“When we got to the weigh-in, the guy wasn’t even there. The coach was acting a bit funny. The weigh-in was at his gym. Normally you’ve got cameras and media and there was none of that. No media, no press,” Gloucester’s first-ever English champion told me. “It was literally in a gym with just people from the gym there. The BBBofC members turn up; he’s still not there.”

Ennis-Brown and his coach, Jon Pitman waited patiently for Bowes. After approximately forty-five minutes, he arrived.

“Whenever fighters are late (for the weigh-in), we’ve had this experience in the past, they’re trying to cut the last bit of weight. When he did turn up, he was overweight. They said: ‘Oh, the scales are wrong’ and this is their own gym and we just had to weigh-in on them scales! I know the scales weren’t wrong because we monitor the weight all the way from leaving Gloucester.”

The BBBofC official insisted Bowes weigh-in on those scales and he was allotted fifteen minutes to shed the excess weight. Fortunately, he made the 140lbs super-lightweight limit.

“When we were face-to-face, I thought: ‘Tomorrow I’m going to be British and Commonwealth champion’. That was running through my head. We woke up in the morning and go for breakfast with that good feeling. The phone’s buzzing from all the people’s that’s messaging with good wishes.”

The upbeat team return to their hotel room to watch one of Bowes’ previous fights as they make their final preparations to head over to York Hall. It was around 3pm and Pitman receives a phone call; the tone and feeling within the room changes instantly.

“I had this thought where I imagined if the fight was off and I should not have thought that,” he said, maybe feeling he had jinxed the fight. “He signalled to me that ‘cutting your throat’ signal. He got off the phone and said the fight’s off. I had this sick feeling and I had to let everybody know the fight was off because there’s blood in his urine.”

The details of the saga were ongoing.

“Apparently he did a medical the day of the weigh-in, I didn’t see him do a medical and I didn’t do no medical. I’ve never heard of medicals before your weigh-in. You do them way before that. I had my medicals done months before that. The fight was in November and I had my medical done in September. Even if he did do his medical back then, why would it take so long to come back?”

“Boxing is a fickle sport, everybody talks. A lot of people said he was making it up. This is his way to get out of it; he didn’t make the weight right and I think it dawned on him when he saw me in front of him. All before the fight, he probably underestimated me.”

Ennis-Brown had even shockingly heard that one of Bowes’ coaches called the BBBofC with information that the fight should be called off.

“Say, the day before the fight, I didn’t want to fight, I could get my coach to call up the board and say: ‘There was traces of blood in the urine’, and before even looking into it – they’re calling the fight off there and then. They’re not going to question nothing. It’s possible to do that. I’m not saying that’s what happened. I’m saying it’s possible to do that type of stuff.”

Following the harsh and deflating experience of his dream fight falling through, it was rescheduled for March 20th and this time it would be televised on Sky Sports. This would have been his debut on the network, thanks to MTK Global. As March 20th neared, Covid-19 began its gruesome grip on the globe and his hopes were dashed so close to fight night yet again.

“We’re driving up there an hour away from London and I was thinking: ‘This is actually gonna happen, don’t think negative’. We get a phone call from the promoter saying: ‘Fight’s off’.”
“It is what it is.”

“No matter what, I’m not losing my shot. That’s secured whether it takes a couple of months or two years. The (BBBofC) can’t take that from me. I’ve got my shot, so just stay ready.”

Ennis-Brown stayed remarkably positive considering all the recent negativity that has been put in his path. For months he then had to stay ready and train with no confirmed fight date, but couldn’t afford to slack in the gym and miss his chance if it came at short notice.

September 2nd is the target date; even that was pushed back twenty-four hours from its original September 1st date! The IBF European and WBC Youth World champion who turned pro at nineteen has faced adversity and laughed in its face. Just Philip Bowes stands in his way now.

“Philips Bowes is just going to be another test and challenge. I want to take on tough names and styles who will help me develop into the ultimate fighter,” he said with confidence. “I didn’t get the big amateur background, so I’ve got to learn on the job. I like to step up and take challenges. He’s a slickster, he’s skilful and a thinker. I will deal with it one-sidedly, I believe.”

The tricky southpaw, who is twelve years Bowes’ junior, hopes to become the inaugural British and Commonwealth champion from the city of Gloucester on September 2nd. He’s conquered every challenge so far and I wouldn’t bet against him.

Fury vs. Wilder 3 must happen by December says Warren »