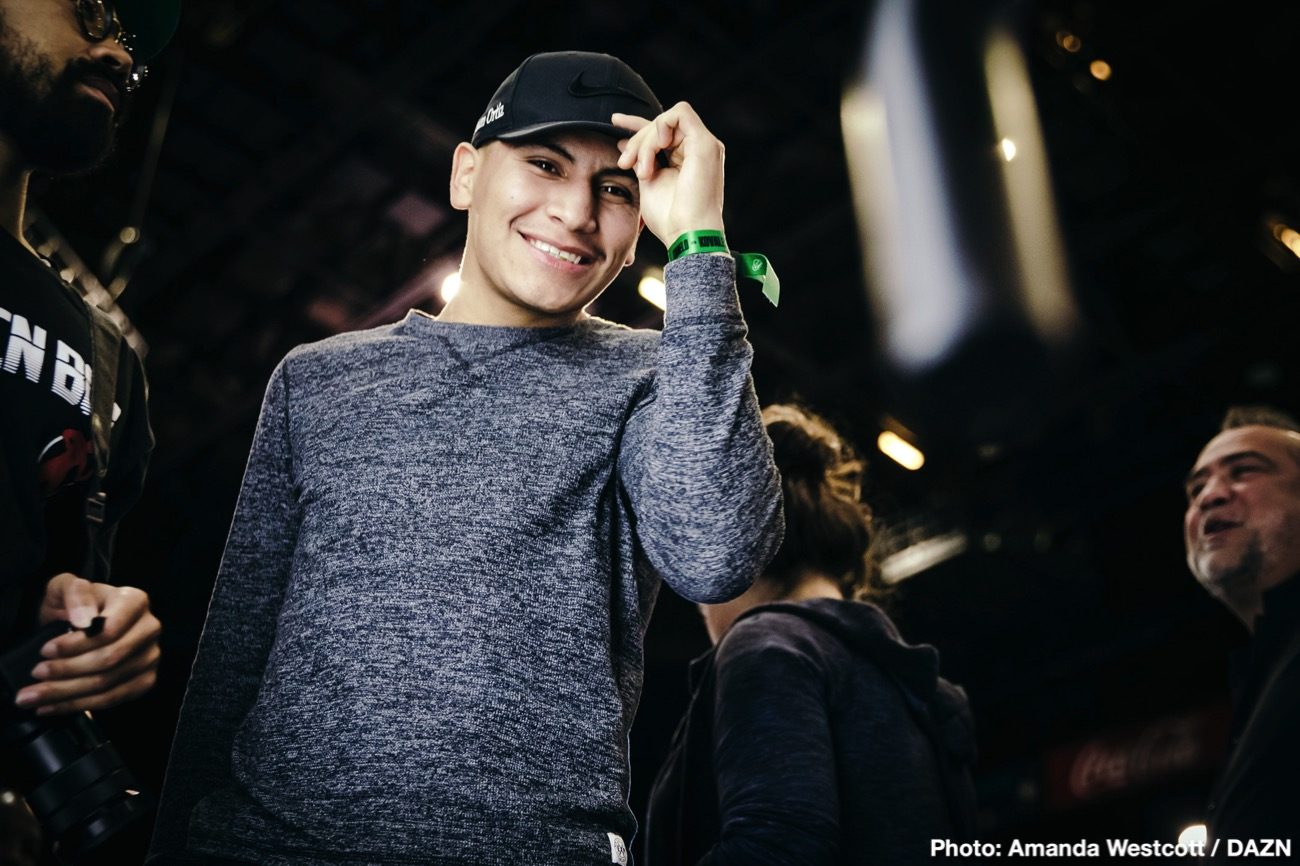 By Chris Williams: Vergil Ortiz Jr is interested in going after Terence Crawford to rip his WBO welterweight title away from him after he takes care of his light work against journeyman Samuel Vargas on January 24.

Crawford (36-0, 27 KOs) needs an opponent for his next fight. He hasn’t yet fought in 2020, and it’s not looking good for him competing this year. Crawford wants to be paid extra if he fights behind closed doors without fans, and that’s not likely to happen.

Top Rank promoter Bob Arum mentioned recently that Manny Pacquiao and Kell Brook are options for Crawford to fight in 2020. However, Pacquiao has made no mention of wanting to fight Crawford, and Arum is saying that they don’t have outside investors ready to stage the Pacquiao-Crawford fight in a foreign country.

Ortiz, 22, would be a great option for Crawford to fight if he’s willing to face the unbeaten Golden Boy fighter. It’s risky for Crawford, who doesn’t have the greatest chin. That fact has been disguised by the less than specular opposition that Crawford has fought during his 12-year pro career.

Crawford was hurt in his last fight in December by Egidijus Kavaliauskas, and Yuriorkis Gamba also hurt him. The rest of the fighters that Crawford has fought in the pro ranks have been mediocre fighters like Amir Khan, Julius Indongo, and Jeff Horn.

NEWS:   Shawn Porter retires, refuses to be a gatekeeper

“I want to fight Crawford,” Ortiz said to Ringtv. “He’s a very skilled fighter, arguably among the top five pound-for-pound fighters in the world today, and very smart. I’m very open to fighting him. That’s probably the easiest fight to make in boxing right now.

“I’m ready to take any opportunity thrown my way. I understand how hard it is to make big fights these days so if I received an offer to face Crawford, I would take it.”

Ortiz Jr shouldn’t get the hopes up for the fans because they’ll be upset when the Crawford fight doesn’t come about. Golden Boy Promotions CEO Oscar De La Hoya is really excited about Ortiz, saying that he’s a future star. It’s believed that De La Hoya will wait two years before he puts Ortiz in with the likes of Errol Spence Jr, who will be 32 by then.

If Golden Boy waits two years, Crawford will be 34, and likely beginning to show age in his game. Crawford’s knockdown by Kavaliauskas strongly suggests that he’s starting to age already. Of course, that could be just the fact that Crawford doesn’t have a great chin, and he’s been fighting weaker punchers the vast majority of his pro career.

“If we’re not fighting the best, then what do we have to stand for?” said Ortiz “I know that I’m ready to face the best and, one way or another, I’m going to make them fight me. I know that it may take a while but I’m ready.”

It sounds good what Ortiz Jr is saying about him being willing to fight the best, but he’s not the one that makes his fights. Ortiz’s promoters at Golden Boy are the ones that pick and choose who he faces, which is why they’re matching him against journeyman Samuel Vargas.

Realistically, we’re probably looking at between two to five years before Golden Boy lets Ortiz Jr anywhere near a fighter like Crawford.