Roy Jones Jr: Mike Tyson is even more dangerous at 54 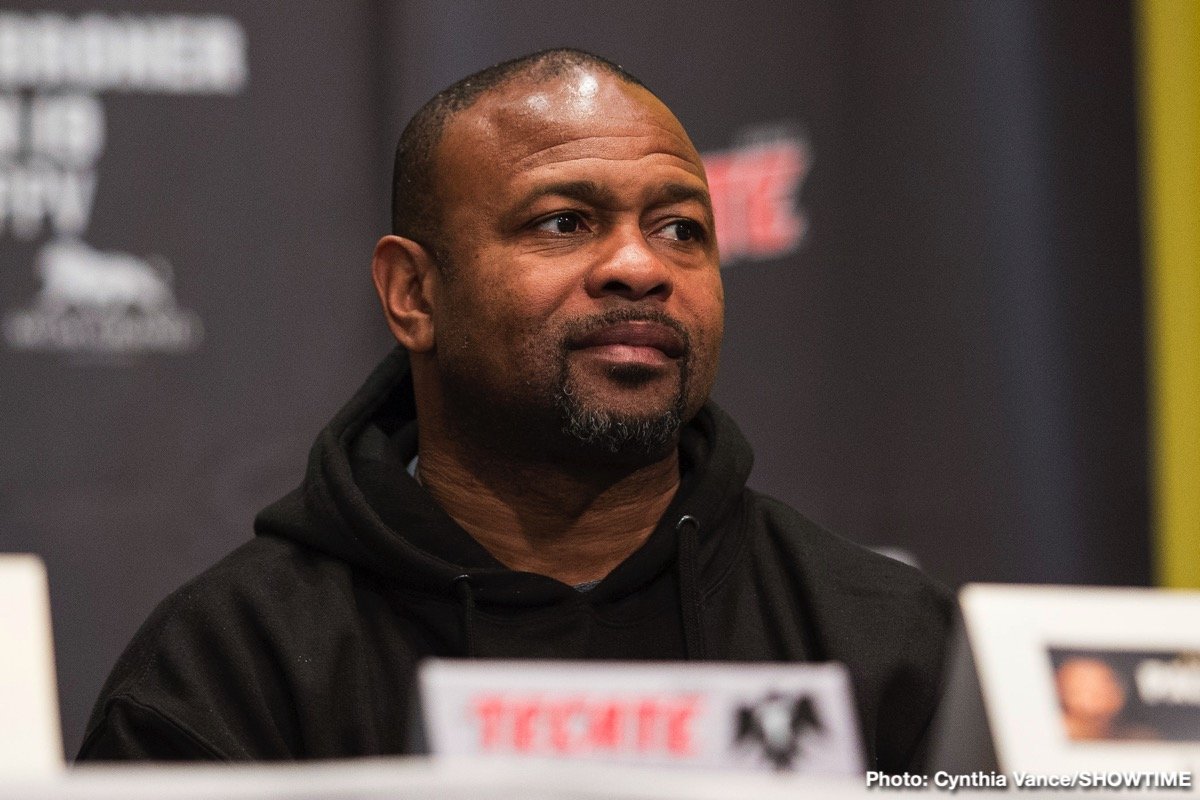 By Dan Ambrose: Roy Jones Jr believes that Mike Tyson is even more dangerous now at 54 than he was if the two had fought in 2003. That’s when Jones (66-9, 47 KOs) captured the WBA heavyweight title when he beat champion John Ruiz by a 12 round unanimous decision.

The 51-year-old Jones says Tyson has only eight rounds to knock him out instead of ten or twelve, so he’s going to be punching even harder to make that happen.

Tyson (50-6, 44 KOs) and Roy Jones Jr are fighting an exhibition on September 12 on pay-per-view at the Dignity Health Sports Park in Carson, California.

Jones-Tyson is supposed to be like a dance and not a real fight, but not according to them.

They’re taking this contest seriously, and it’s possible that we could see a knockout. Just because it’s an exhibition match doesn’t mean that one of the two will wind up on the canvas at the end of the fight.

It might be essential that the fight concludes by a knockout because boxing fans are paying to see it, and if it doesn’t end dramatically, people are going to be mad.

It’s going to be a lot harder for Jones to knockout Tyson than vice versa. Jones isn’t a heavyweight, and he’s not shown himself to be a massive puncher in that weight class.

Jones Jr too small to use the blueprint to beat Tyson

“The later I take the fight, the better off I was going to be,” said Jones Jr to Fighthype on a fight between him and Mike Tyson. “It’s the same thing now. He’s going to be damaging early.

“The longer I take the fight, the better off I’m going to be. That blueprint doesn’t work. I’m not tall enough to use my jab to stay away like they did,” said Jones Jr in pointing out that he’s not as tall as the heavyweights that beat Tyson years ago.

Roy Jones Jr is only 5’10 1/2″, so he’s not going to be able to stay on the outside and use his jab the way that some of the fighters did against Tyson. That’s not going to work well for Jones if he tries to jab Tyson because he’ll always be in range to hit him back with big shots. 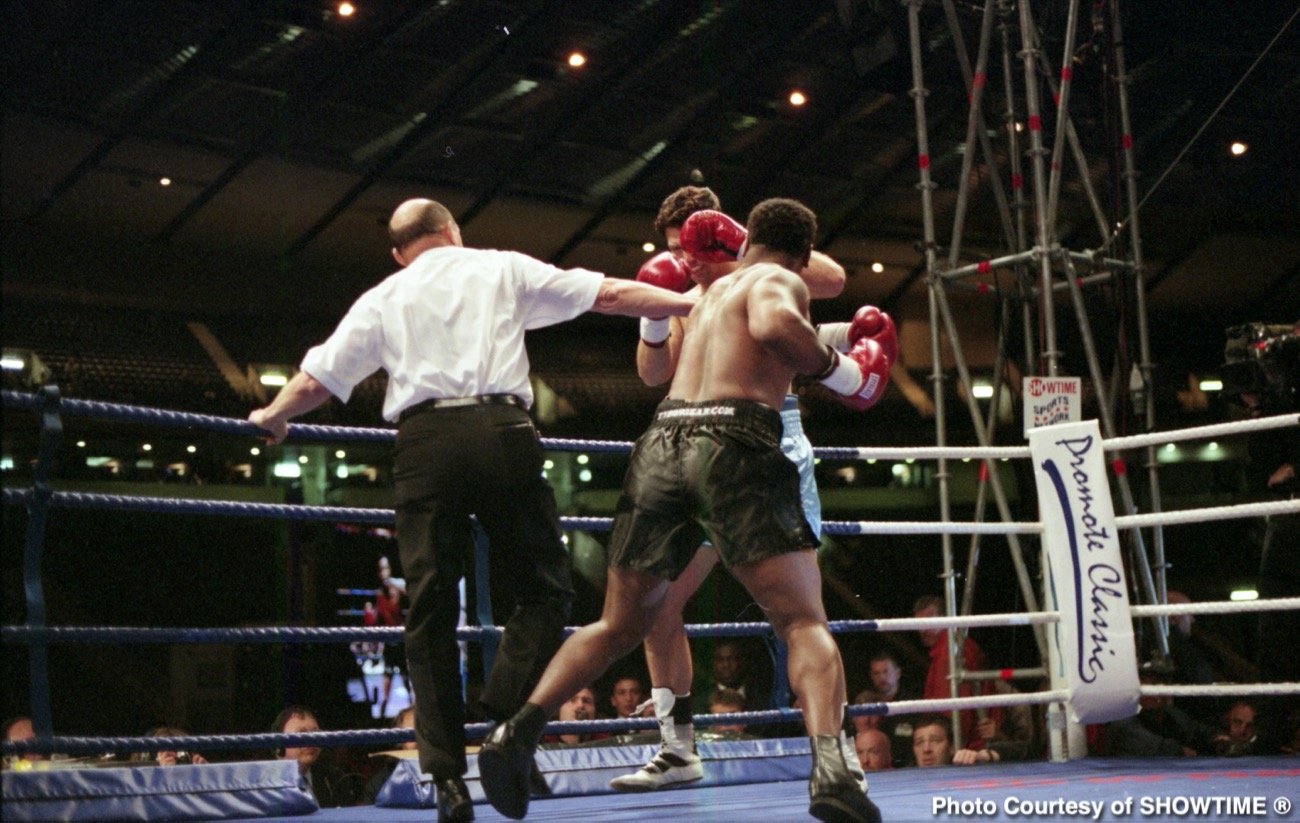 “He’s still just the same,” said Jones when asked if Mike Tyson at 54 isn’t as dangerous now. “And he’s more dangerous now because instead of being able to hit you for ten rounds.

“He’s got eight rounds. He’s going to do more damage when he hits you because he doesn’t have as much time. So he’s even more dangerous. It’s much more dangerous because, in 2003, he would have never caught me,” said Jones when asked if Tyson is more of a threat now compared to if they had fought in 2003.

“Now I can’t say that. 2003 it wasn’t even a question. Now, I don’t think he can, but it’s still a good question. That’s what makes it more interesting now. He may be able to catch up, but guess what? I know that too.

“I’m not surprised at all. Roy Jones Jr and Mike Tyson in the ring, no mask, and two of the most entertaining guys. How could you miss it?” Jones Jr added.

Tyson will be dangerous early against Jones, but he might not have the stamina to fight hard for more than four rounds. That’s what we saw in Tyson’s losses to Danny Williams and Kevin McBride.

Tyson gassed out early in those fights, and he couldn’t handle it when he started to take punishment.

Roy Jones not worried about being bitten by Tyson

“I used to eat pork rinds so that it won’t bother me none,” said Jones when asked what will happen if Tyson starts hitting his ear. “I eat pig ears too.

“I’m good to go. You’re going to get the best Roy Jones that you’ve ever got. This is still Roy Jones even though I’m fighting Mike Tyson; I’ve got to be ready.

“When someone gets my blood up like that, it always takes me up to another level. Why? Because I was born and bred to do this. I am an entertainer, and I am a fighter. I’ll you all on September 12,” said Roy Jones.

If it gets to the point where Tyson starts hitting Jones on his ear, then the right will be halted right away. Tyson was frustrated in his second fight against Holyfield after he suffered a cut from a clash of heads. He might have felt justified in hitting Holyfield.

So unless Jones Jr starts fouling Tyson first, he should be OK for this fight. With Tyson, every action will bring a reaction. Sometimes the way Tyson reacts isn’t a good thing.

Jones will likely stay on the move, and make sure that Tyson can’t get to him because he can’t afford to trade.

« Manny Pacquiao adviser hints Mikey Garcia next for him

Oleksandr Usyk not worried about being undersized at heavyweight »