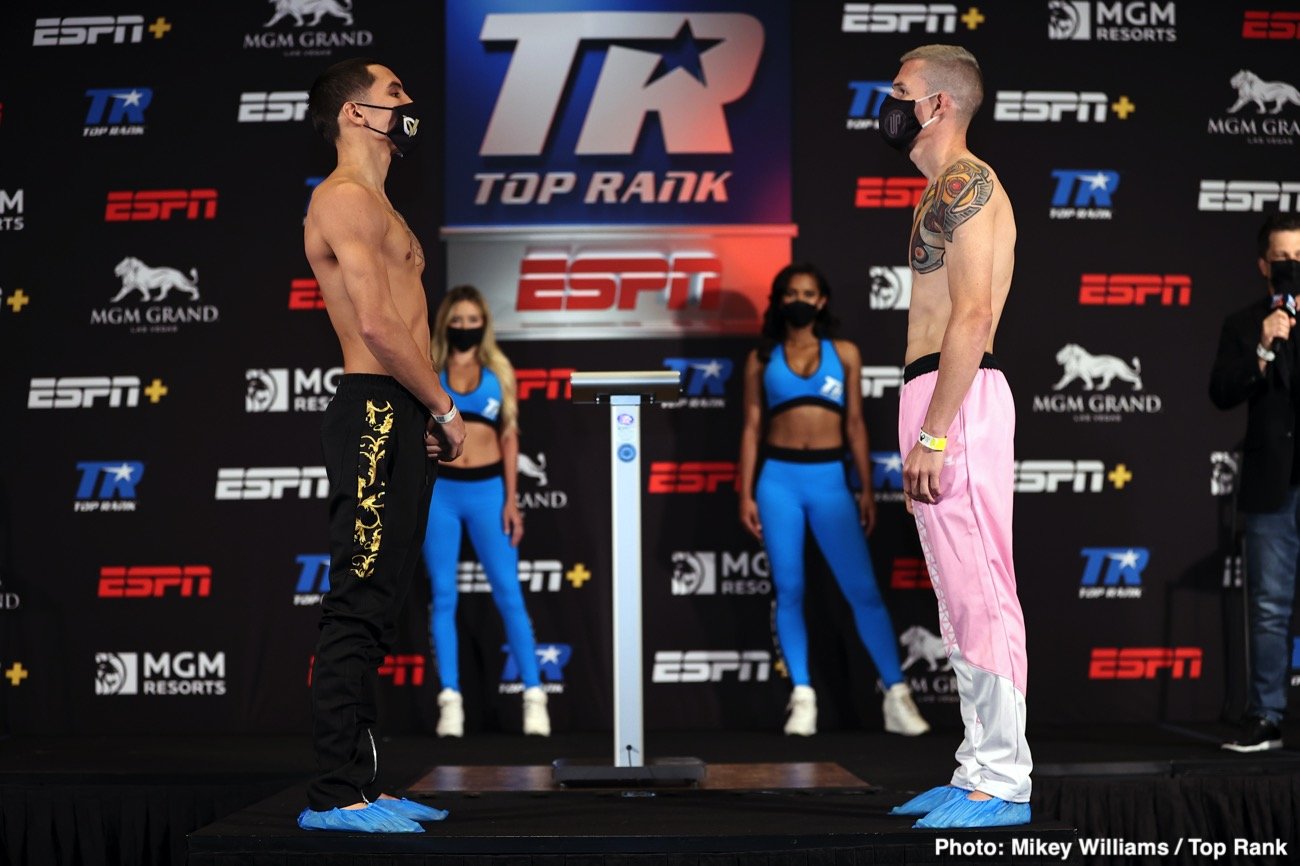 By Jim Maltzman: Oscar Valdez weighed in at a healthy-looking 129.9 pounds on Monday for his 10-round bout against Jayson Velez on Tuesday at the MGM Grand in Las Vegas, Nevada. Velez (29-6-1, 21 KOs) weighed in at 130-lbs and looked in good shape.

Both fighters showed no signs of being weight drained for their clash behind closed doors on ESPN+ and ESPN Deportes. The card will begin at 8:00 p.m. ET/4:00 p.m. PT.

Top Rank is abiding by the public health guidelines that caution against large crowds for indoor events.

The former WBO 126lb champion Valdez (27-0, 21 KOs) needs this warmup fight against Velez to get him sharpened up to face WBC super featherweight champion Miguel ‘El Alacran’ Berchelt. If not him, then one of the other champions at 130 for Valdez.

Oscar, 29, doesn’t want to wait too much longer before he gets his title shot because he’s getting older now, and he wants to take advantage of the time that he has left in his career.

Valdez last fought on November 30, stopping Adam Lopez in the seventh round in a fight that was harder than expected. In the second round, Lopez knocked Oscar Valdez down hard on the canvas.

This was not a flash knockdown. Valdez was genuinely hurt by the shot that put him down. To his credit, Valdez got back up and was able to come back to dominate and eventually stop ‘Bluenose’ Lopez in the seventh round. 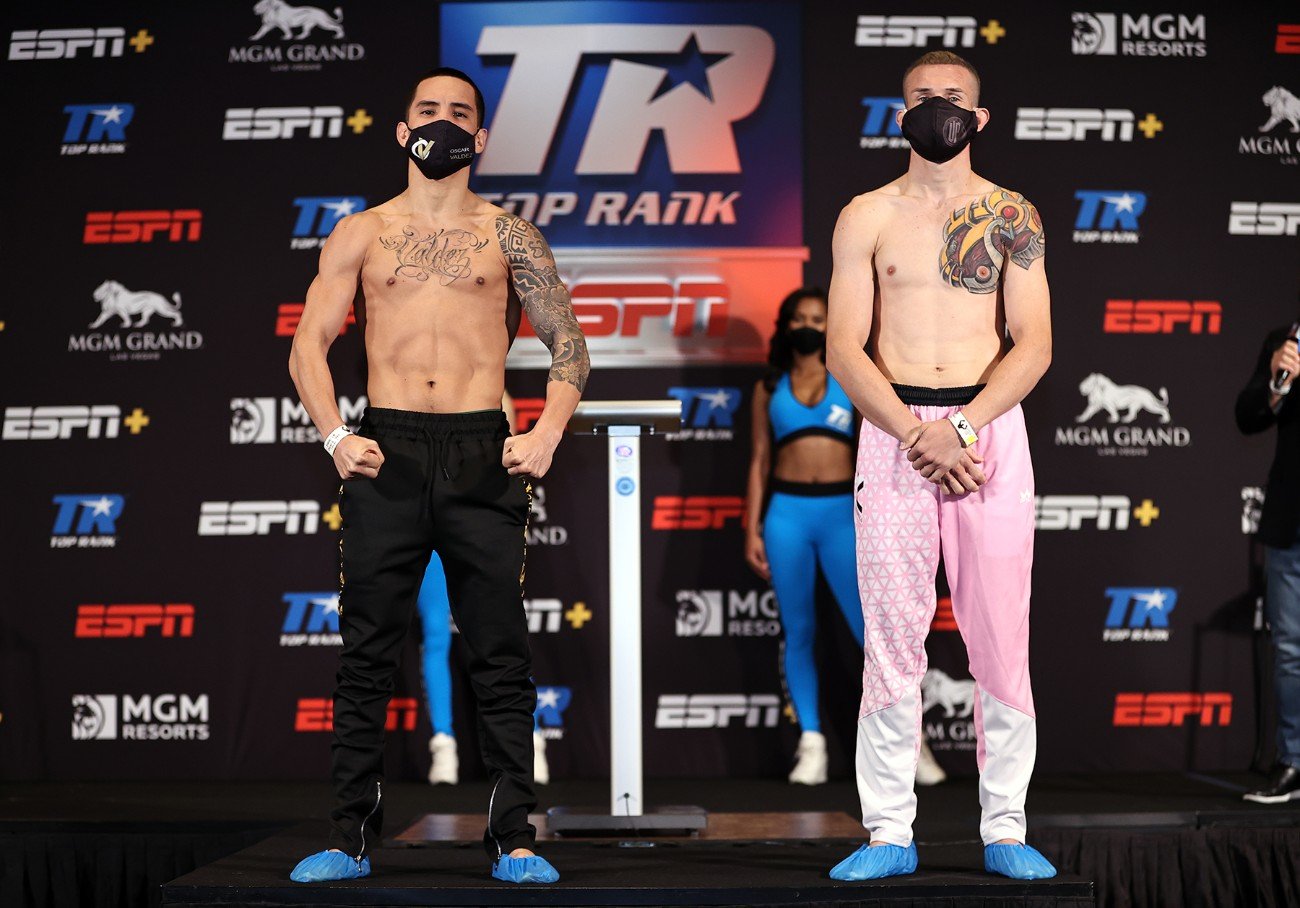 “My last fight was in November and I wasn’t too happy with my performance,” said Valdez to Fight News on his performance against Adam Lopez

“Jayson is a good fighter, a tall fighter, He has six losses but that doesn’t mean nothing. He has been a world title contender, so he knows there is a possible opportunity for a title.”

The 32-year-old Velez is a 13-year professional with a lot of fights against notable opposition. Although he hasn’t always won, he’s given a great effort and made it tough on his opponents.

Some of the well-known fighters Velez has fought:

As you can see, the Puerto Rican fighter Velez has a lot of experience, and he’s not someone that Valdez can overlook. With the goals that Valdez has in wanting to challenge for a world title, he’s got to take this fight seriously and not lose.

Surprisingly Valdez is still undefeated, but he’s had a couple of fights where he took a lot of punishment. Valdez suffered a broken jaw against Scott Quigg in 2018, and Miguel Marriaga hurt him. Lopez also hurt Valdez, as did Genesis Servania.

Valdez will be looking for a title shot

“I will go in against Velez, then if I come out with the win, we can start talking about [Miguel] Berchelt fight,” said Valdez. “I can’t overlook Jayson Velez.

“The main thing is to become a world champion; whoever it is that is who we want to fight,” Oscar said.

Valdez has got to pass this last test against Velez, and then Top Rank will likely make the Berchelt-Valdez fight later this year. That fight could be the toughest of Valdez’s career, and he’ll need to be at his best to win.

Shakur Stevenson is already calling out Valdez even though he’s only fought once at 130. Valdez says he’s not ducking Stevenson, but he’s got other plans right now. Stevenson needs to go after the vacant WBO super featherweight title.

Other weights on the Valdez vs. Velez card 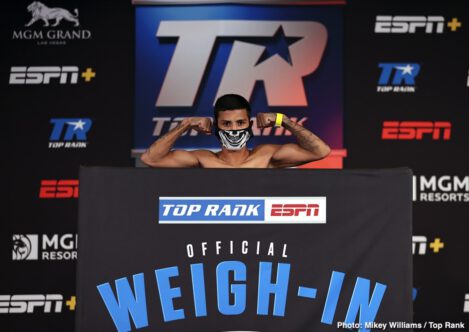 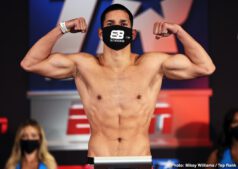 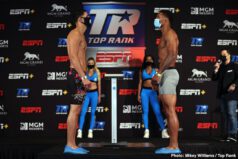 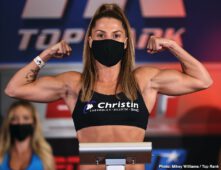 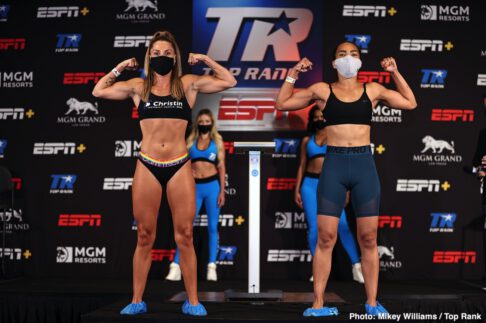 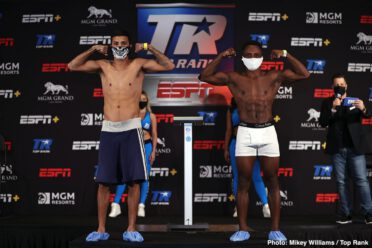 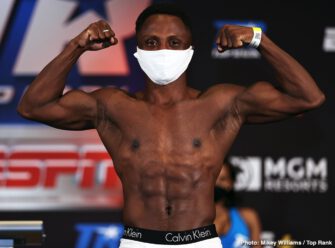 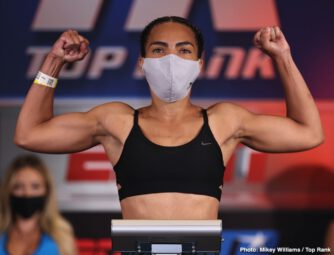 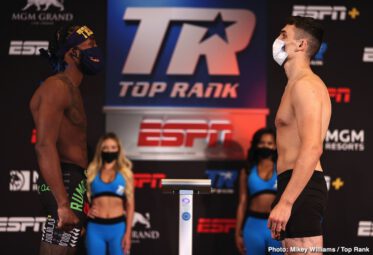 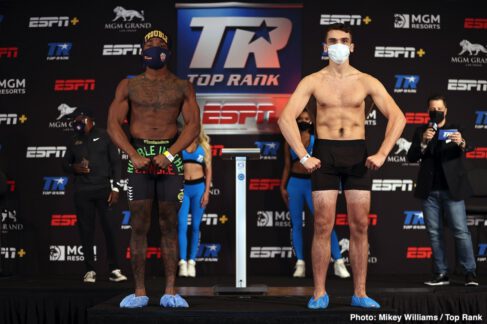 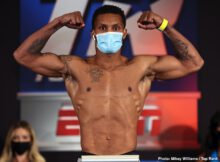 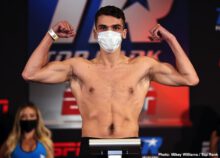 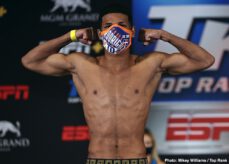 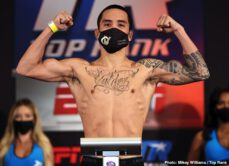 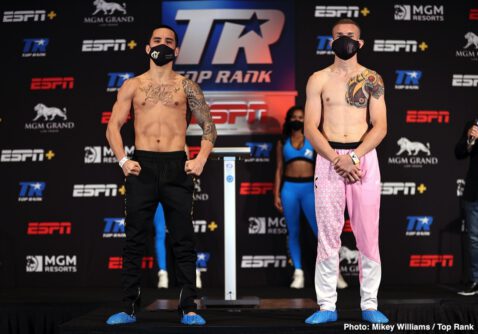 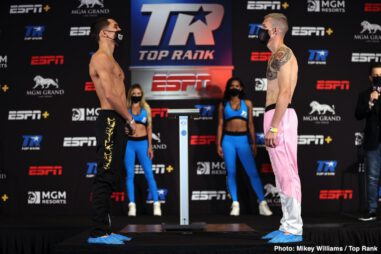 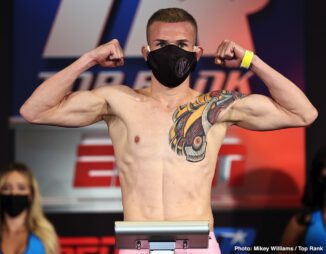 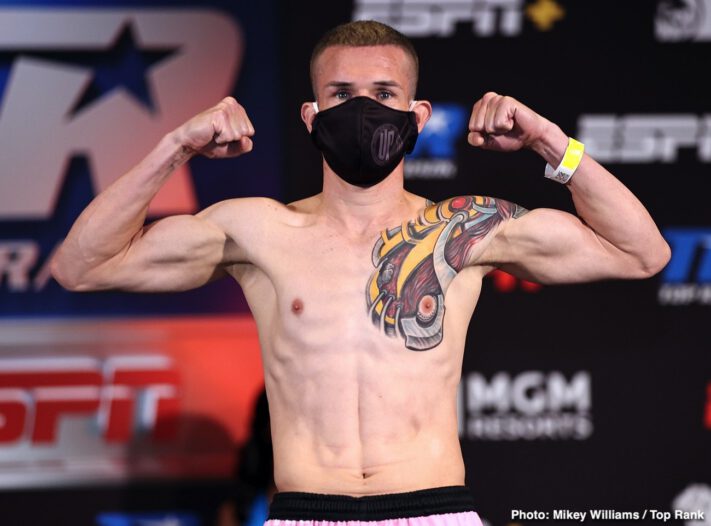