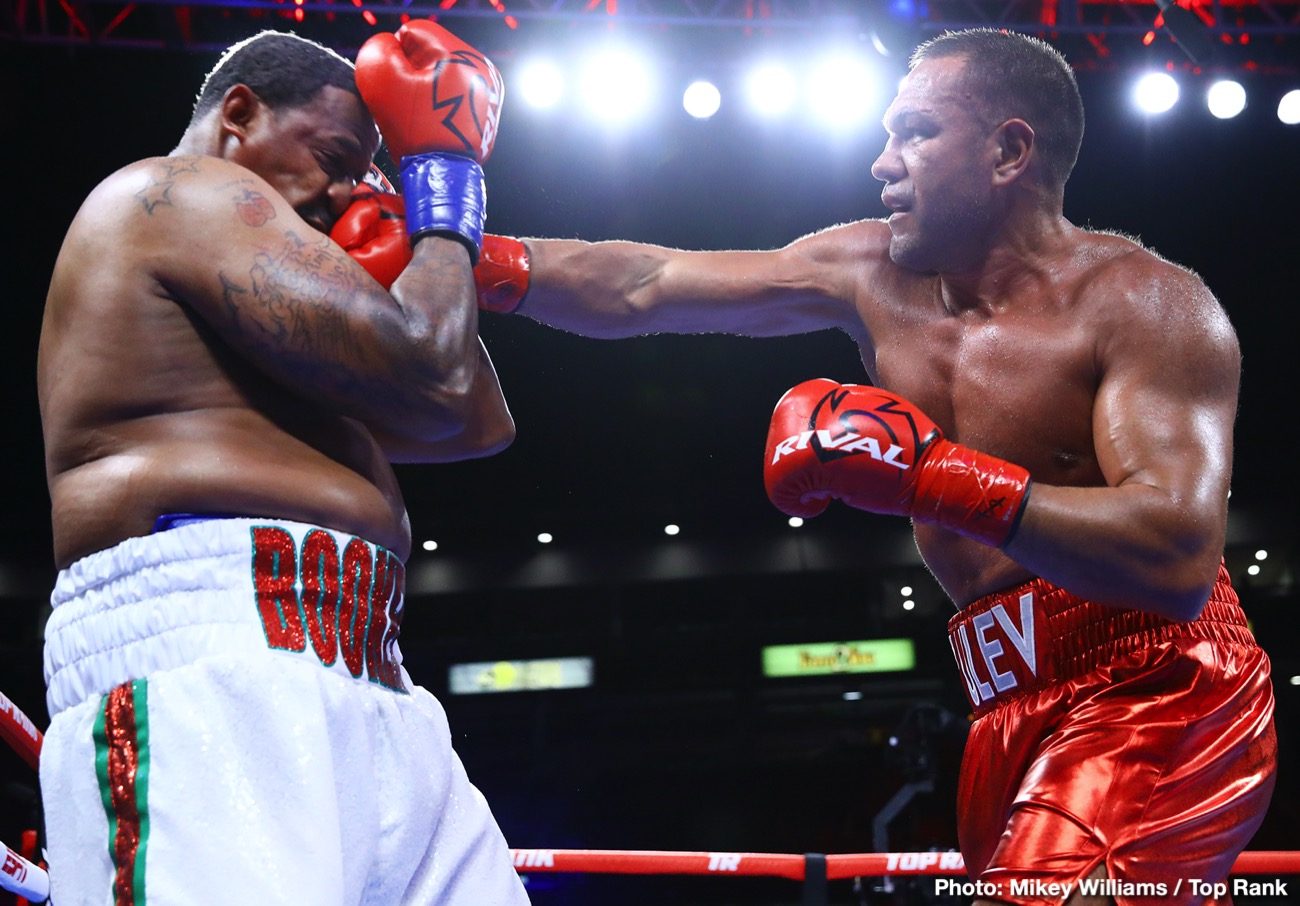 By Charles Brun: Trainer Peter Fury feels that Kubrat Pulev is a dangerous opponent for Anthony Joshua, and he should underestimate the three that he brings. IBF/WBA/WBO heavyweight champion Joshua (23-1, 21 KOs) has no choice but to take this fight with Pulev (28-1, 14 KOs), given that he’s his IBF mandatory.

Peter Fury is well aware of how talented the 39-year-old Bulgarian Pulev is, as he defeated his son Hughie Fury by a one-sided 12 round unanimous decision in October 2018 in an IBF title eliminator.

Fighting behind a sharp jab, Pulev out-boxed Hughie over 12 rounds in Sofia, Bulgaria. Hughie landed a lot of rabbit punches in the fight, but he was unable to hurt Pulev with them.

At times, Pulev fired back with his shots to the back of Hughie’s head in what appeared to be a retaliatory move. 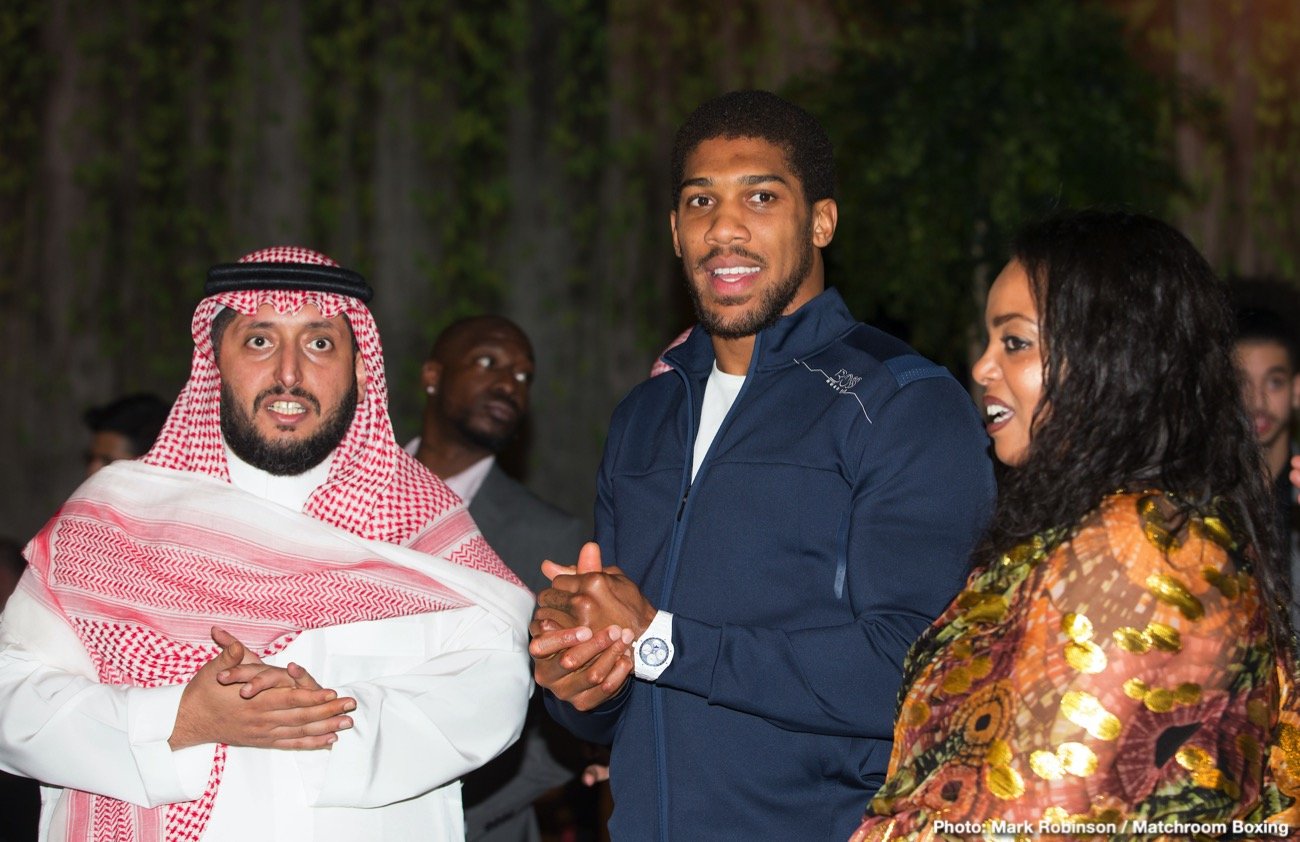 Joshua must attack Pulev to win

Peter thinks it would be a bad idea for Joshua, 30, to stay on the outside and attempt to box Pulev using the Klitschko style that he had for his last contest against Andy Ruiz Jr. Using an outside game would play into Pulev’s hands because he’s got an excellent jab.

“It’s definitely not a fight for AJ to go on his back foot, because that will definitely suit Pulev down to a tee. It’s not easy to outbox Pulev,” said Peter to Sky Sports.

This fight is a dangerous fight for him [Joshua]. If he doesn’t keep 100 percent focused, this fight can slip from him again.”

The size and awkward manner that Pulev fights could present a big problem for Joshua, especially if he’s going to use the same game plan as his last fight.

Joshua might not be able to go back to his old slugging style because he had such a bad experience the last time he fought that way.  AJ’s embarrassing seventh-round knockout loss to Andy Ruiz Jr in June of 2019 may have thrown him permanently off his former brawling style.

Pulev’s chances of winning this fight will go up big time if Joshua tries to outbox him rather than going for the kill right away.

Pulev has a good chance of winning

One thing that makes Pulev tough is his ability to take a good shot. He’s got a perfect chin, and he’s not going to get taken out if Joshua s unable to put his shots together in combinations.

Hughie Fury tried all night to land a big punch to KO Pulev, but he did an excellent job of evading and taking the shot from Hughie. It’s unclear if Pulev has enough power to knock out Joshua that we don’t know. The fact that Pulev couldn’t stop Hughie Fury or Rydell Booker in their recent fights, but he won.

With Joshua’s poor stamina and his chin problem, Pulev has a good shot at beating him if he can handle his power. Pulev was knocked out in five rounds in November 2014.

Wladimir hurt Pulev with a left hook and took him out. Joshua has a respectable left hook as well, but he doesn’t rely on it nearly as much as Wladimir did during his career.

“AJ has got to take it to him and be explosive, but be clever with it,” said Peter. “He’s [Pulev] got a very good jab. He’s a very underestimated boxer is Pulev. And he’s very awkward.”

Pulev’s jab is arguably better than Joshua’s, and he can win fights entirely from using that punch. Joshua will need to pay attention to what Fury is telling him and focus on going after Pulev.