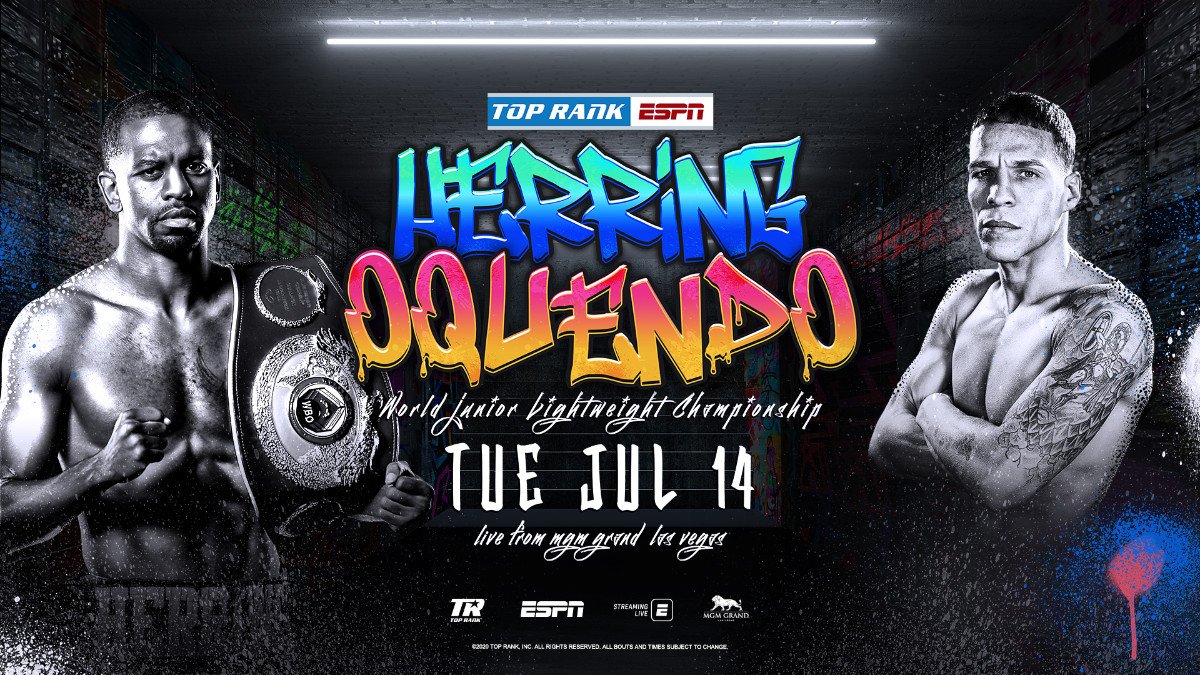 By Chris Williams: Jamel Herring won’t be defending his WBO super featherweight title on Tuesday night against Jonathan Oquendo after testing positive for COVID 19. Instead, Top Rank will take the co-feature about between Mikaela Mayer and Helen Joseph move it into the headliner position at The Bubble at the MGM Grand in Las Vegas, Nevada.

There’s no word yet from Top Rank about them rescheduling the Herring vs. Oquendo fight at a later date. With an illness as serious as COVID-19, they’re going to have to wait and see how things progress with Herring.

What a buzzkill. Everything was going well until today, and then BOOM, the bottom drops out with Herring coming up positive for this terrible disease.

This not only impacts Herring, but it also affects Carl Frampton, who was hoping to challenge him for his WBO strap. Additionally, Shakur Stevenson just moved up to 130, and he wants to face Herring as well. Top Rank might as well match Shakur and Frampton while they wait for Herring to recover. 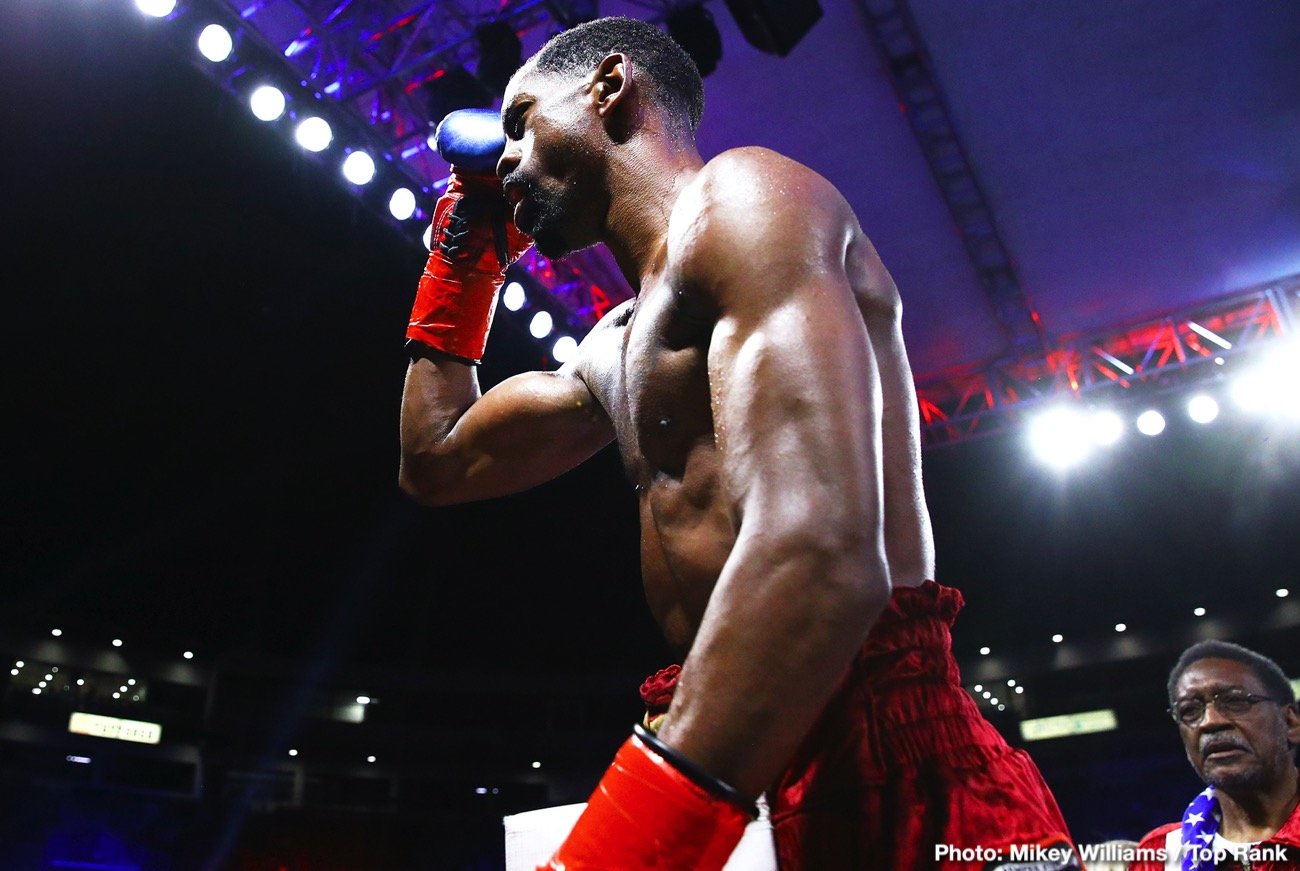 Herring, 34, tested positive for COVID-19 on Monday morning, which had to be a shock to Top Rank boss Bob Arum having his main guy ill and unable to fight. Given the positive test, there was no chance that Top Rank could allow Herring (21-2, 10 KOs) to take the fight against the 36-year-old #11 WBO Oquendo.

Chris Williams isn’t that surprised that Herring got sick because he hasn’t looked too good in his recent photos and video. Of course, part of that could be the ordeal that Herring was going through to get down to the 130-pound limit, but I can’t help thinking he was already beginning to show signs of being sick.

For Herring to last this long, you would think he was asymptomatic for the virus; otherwise, he would have pulled out.

“I’m extremely disappointed that I’m not going to be able to fight tomorrow night,” said Herring. “As I’ve shared previously, I tested positive for COVID-19 on June 22 after exhibiting symptoms. I quarantined and recovered as directed by my doctor.

“And I then retested on July 3 and my test was negative, so this result is a complete surprise. I was fully prepared to make my second title defense tomorrow night.

“I am hoping that my team and Top Rank can reschedule this fight soon. Thank you for all the support everyone has shown. I can’t wait to get back in the ring and perform.”In addition, the Luis Melendez-Eddie Vazquez bout has been canceled due to Melendez testing positive for COVID-19.

The above video was during happier times for Herring, before his positive test for COVID-19.

If that’s not all, Luis Melendez also tested positive for the virus, so his fight with Eddie Vazquez is also off.  Talk about your disappointments, eh? What a nightmare. It would be interesting to hear what Bob Arum has to say about this turn of events.

Losing both the Melendez and Herring fights is a crushing blow for Tuesday’s Top Rank show on ESPN. It wouldn’t be nearly as bad if Arum had an excellent fight to slip into the top spot to replace the Herring-Oquendo match, but that’s not happening.

While there will be some interest from boxing fans in the Mikaela-Joseph fight, it’s doubtful that a lot of boxing fans will be excited about it.

As such, these are the fights that are leftover on Tuesday’s card: