Gennadiy Golovkin training at the beach for Kamil Szeremeta 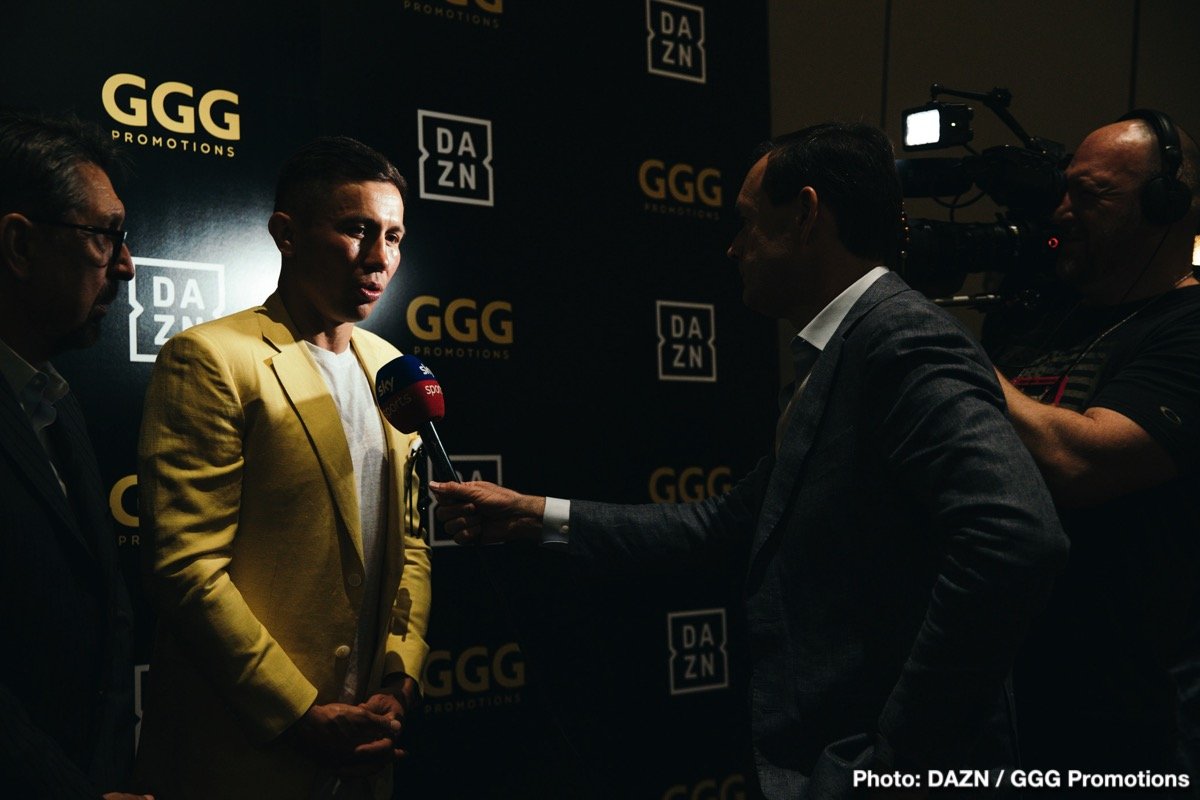 By Sean Jones: Gennadiy Golovkin has begun training at the beach in Southern California to prepare for the title defense of his IBF  middleweight crown against mandatory Kamil Szeremeta.

Golvokin had a set of long cord attached a training vest, and he used it to move forward through the sand while a second person was holding the end of the cable. It looked like an excellent method for Golovkin to work on his resistance training at the beach.

Szeremeta, 30, is expected to be the final hurdle for the 38-year-old Golovkin before he meets with Canelo Alvarez in May of 2021 on Cinco de Mayo. Golovkin cannot afford to look bad or lose to the Polish fighter Szeremeta as he did in his last contest against Sergiy Dereyvyanchenko in October of 2019.

Szeremeta isn’t expected to give Golovkin any troubles, but neither was Derevyanchenko. At this point in GGG’s long 14-year pro career, there are no easy fights or him.

The best wins on Szeremeta’s resume

Golovkin won the fight in stopping Ouma in the 10th round, but it was one of the hardest contests of his career. GGG took a lot of punishment in winning.

Szeremeta beat Ouma by a 10 round decision four years ago in 2016, but he wasn’t the same guy that had troubled Golovkin. By that point in Ouma’s career, he was 37, and not the same fighter he’d been earlier when he fought the likes of GGG, Jermain Taylor, and Roman Karmazin.

No easy victories for GGG

Every fight is hard, as we saw in Golovkin’s wins over Derevyanchenko, Steve Rolls, Vanes Martirosyan, Daniel Jacobs, and Kell Brook.

Golovkin vs. Szeremeta will be shown on DAZN at a still to be determined venue and date. There’s no word yet about whether Gennadiy is aking to take a pay-cut by DAZN.

Canelo reportedly is being asked to take a cut in pay for his fight against Callum Smith on September 12. With Golovkin’s smaller contract that Canelo’s, perhaps DAZN won’t feel the need to get him to come in at a discount.

Golovkin is said to be getting $30 million to Canelo’s $45 million for their trilogy fight in May 2021. That’s an enormous amount of money when you compare it to what the average fighter is getting.

You can argue that DAZN will need a lot of new subscribers brought in for that fight to justify them paying Gennady and Alvarez that kind of dough.


« Floyd Mayweather: Pacquiao fights because he has to, I fight because I want to