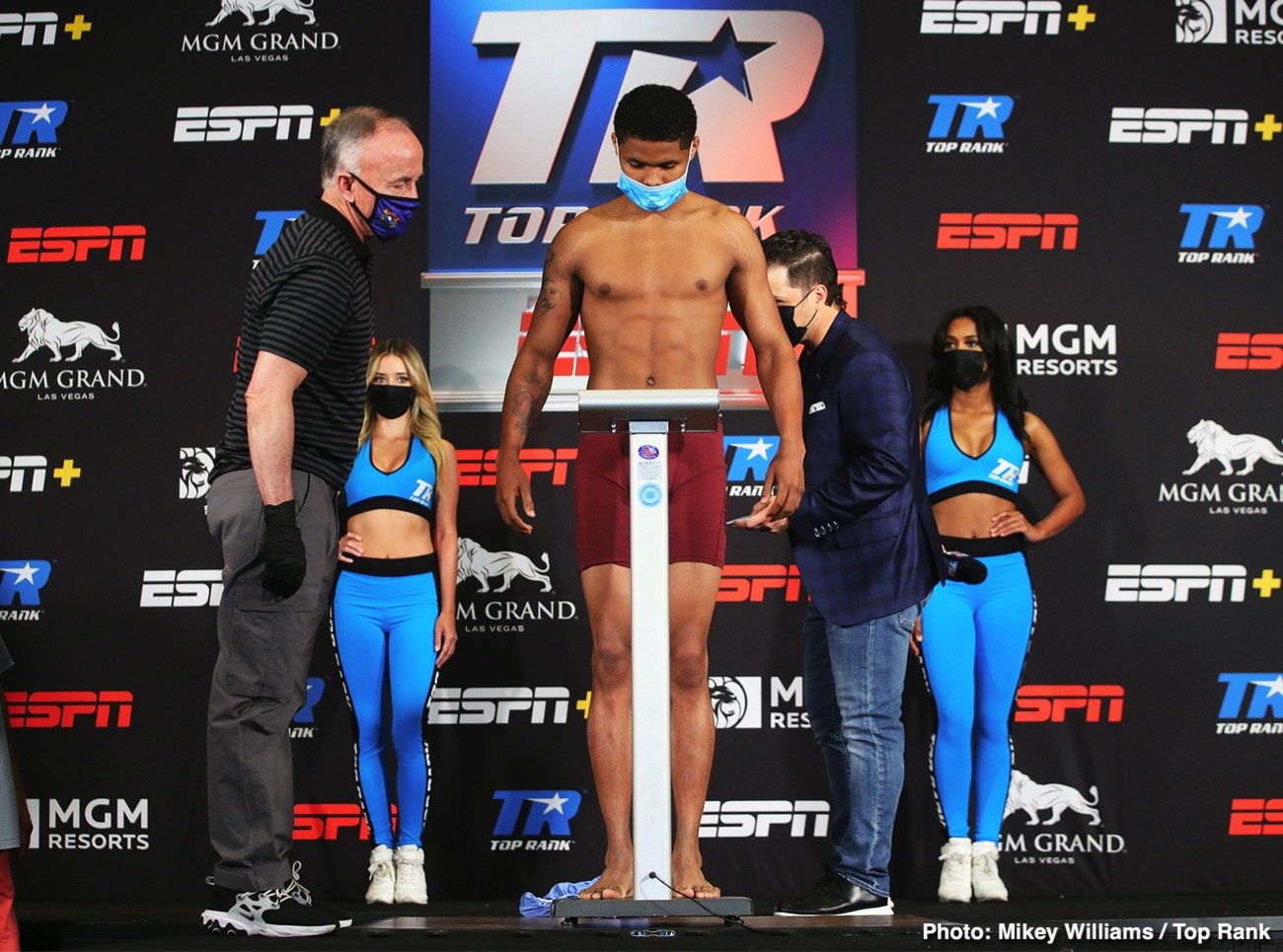 By Matt Lieberman: Top Rank young star Shakur Stevenson will be without his trainer Kay Koroma for his headliner fight against Felix Caraballo on Tuesday night on ESPN in Las Vegas.

Stevenson’s replacement trainer will be Edward Jackson and his grandfather Willie Moses.

Steve Kim is reporting that Koroma interacted with female boxer Mikaela Mayer that he trains, and he tested positive for the virus and had to pull out of the card. Mayer was scheduled to fight Helen Joseph in the co-feature spot on the Stevenson vs. Caraballo card, but that fight will not happen.

But according to the rules by the Nevada State Athletic Commission, the team that has come in contact with a fighter that has tested positive can’t be allowed into the restricted area of Top Rank.

Koroma says he’s not sick with the virus and that he already tested negative, but that doesn’t matter. Nevertheless, he won’t be working the corner for the 22-year-old Stevenson (13-0, 7 KOs) because of the policies. He interacted with a fighter that tested positive for the virus.

The good news is Stevenson is fighting a 2nd tier fighter in Caraballo (13-1-2, 9 KOs). This will impact heavyweight Jared Anderson as well, who is trained by Koroma.  He’s been training Shakur for the last six years since 2014 and has made excellent progress with him. 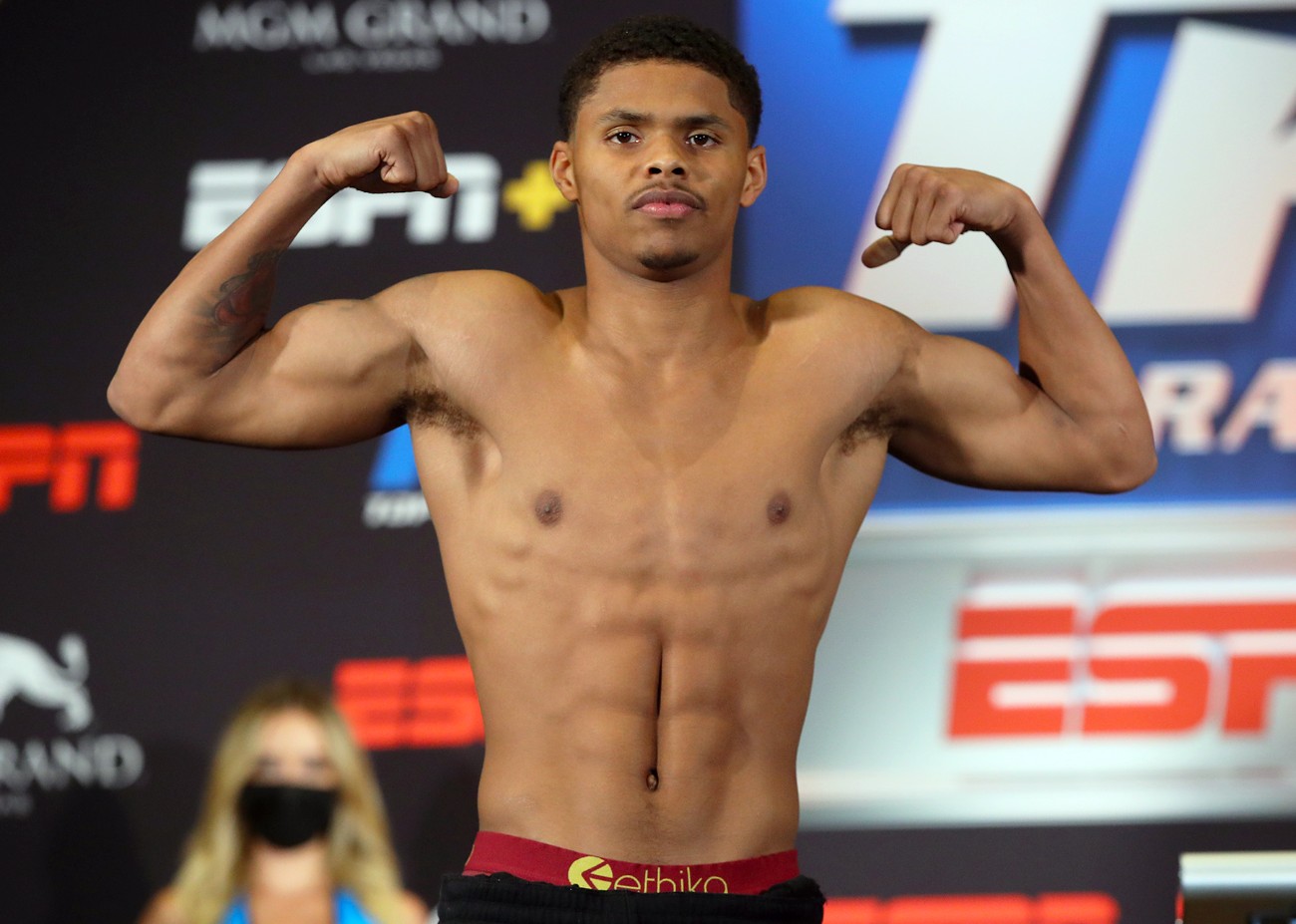 Stevenson is a much better fighter than Caraballo, and he should be fine without him in his career. This is the type of fighter where Stevenson could be all by himself and still win with flying colors. He doesn’t need instructions in how to fight Caraballo. Shakur just needs a cut man to be there in case he suffers a cut during the course of the action.

That’s not to say that Koroma isn’t a valuable trainer because he’s done a bang-up job with Shakur. But this fight is a mismatch involving a guy that is not anywhere near the same league as Stevenson, and the contest probably won’t be competitive.

Top Rank either couldn’t find a suitable opponent for Stevenson or they intentionally went for a fighter that would be willing to agree to the money that they’re willing to pay.

In Stevenson’s next fight, he’ll need his trainer there because he could be facing IBF featherweight champion Josh Warrington.

That’s a match that he wants, but it’s necessary to wait for the match to take place in front of a live crowd. With the lockdown in place, this isn’t the right time for a fight to take place with a crowd being present.

It was surprising how big Shakur looked at the weigh-in on Monday. He weighed in at 130 lbs, as did his opponent Caraballo, but he looked huge compared to for his previous match against Joet Gonzalez. Right now, Shakur looks big enough to fight in the 135-lb weight division against guys like Devin Haney, Ryan Garcia, Gervonta Davis, and Vasiliy Lomachenko. 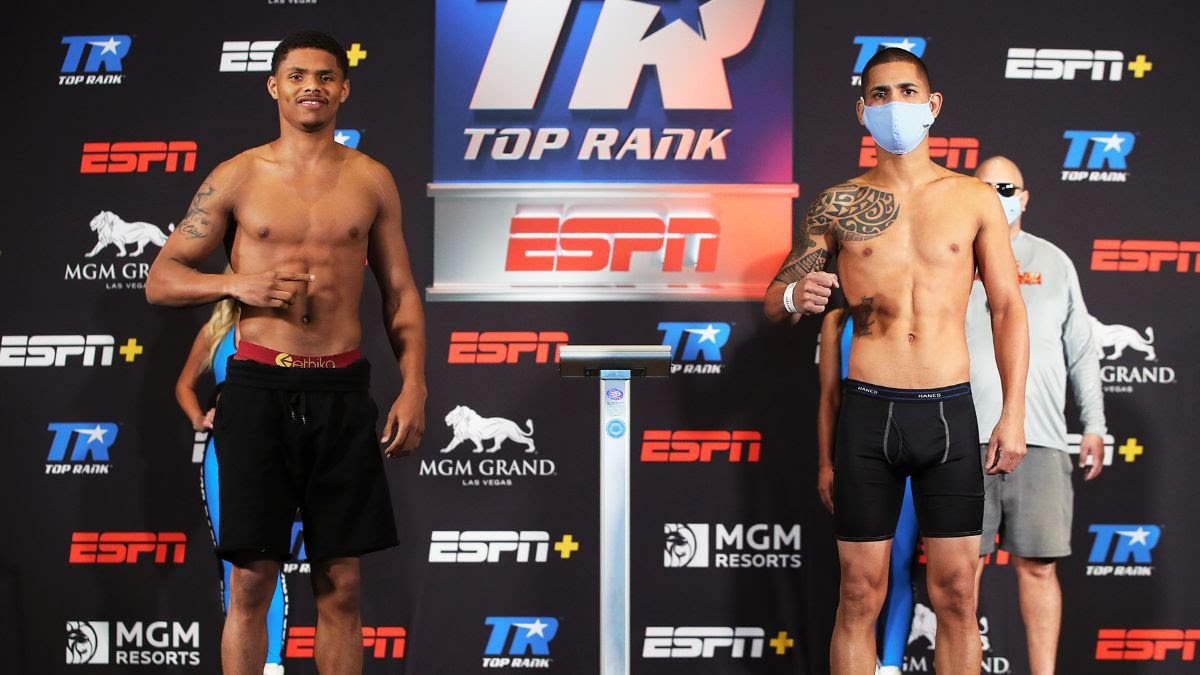 Shakur needs to consider moving up in weight. Stevenson doesn’t need to use his size to win fights. If he’s the real deal like his promoters at Top Rank believe him to be, then he can easily move up to lightweight and use his boxing skills to win his fights rather than his size. 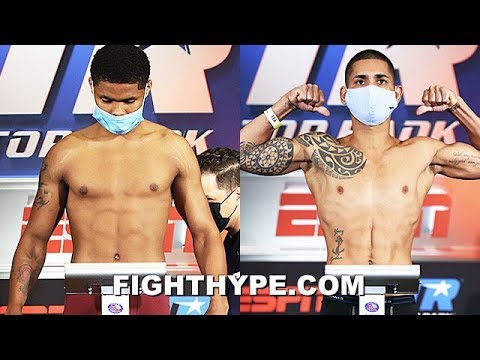