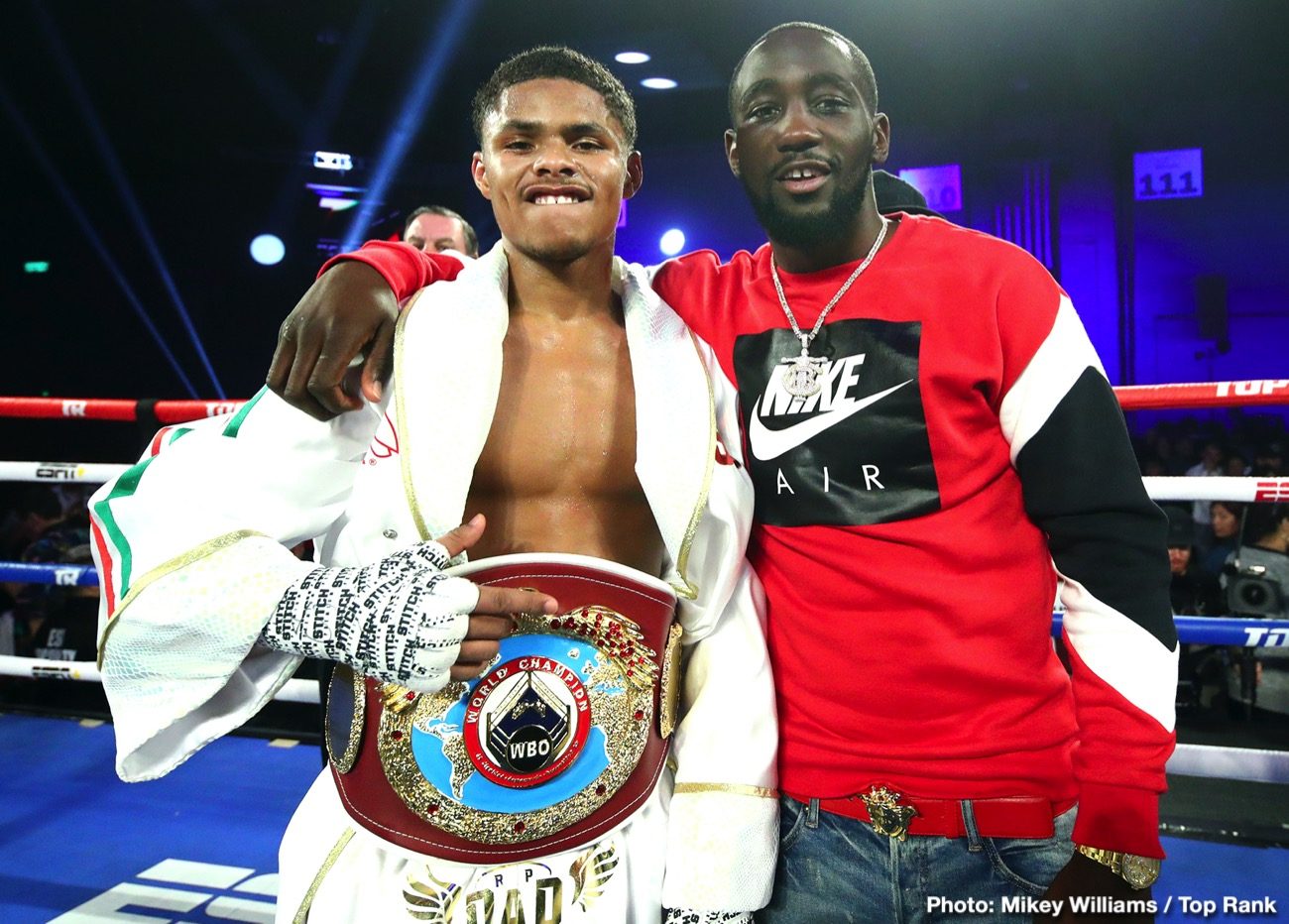 By Chris Williams: Shakur Stevenson says his goal is to try and outdo Floyd Mayweather Jr, and he wants to surpass his 50-0 record during his career. At 22-years-old, Stevenson (13-0, 7 KOs) has the youth to possibly one day eclipse Mayweather’s ring record, but it won’t be easy.

For Stevenson to break Mayweather’s 50-0 mark while he’s still young, he’ll need to fight three times per year for the next 12 1/2 years. Stevenson would be 34-years-old by that point. If he only fights twice a year as most popular fighters do, he’ll break Mayweather’s record in 18 years and will be 39.

Stevenson looks like a good fighter, but it’s hard to imagine him winning his next 38 fights to get to 51-0 without getting beaten along the way. He’s not nearly as fast of hand or foot as Mayweather was when he was 22.

Stevenson is too slow to compare to Mayweather

It’s like night and day. For example, look at how fast Mayweather was when he beat Justin Juuko at age 22 in May 1999.

Tim Bradley of ESPN recently compared Stevenson to Mayweather, but it’s unclear what version he was speaking about with that comparison. The 43-year-old or the earliest version. Stevenson is nowhere near as fast, skilled, or as versatile of a fighter as Mayweather was when he was 22. If you’re going to make a comparison, Stevenson is more similar to Mayweather right now. Even now, Mayweather is lighter on his feet than Shakur. 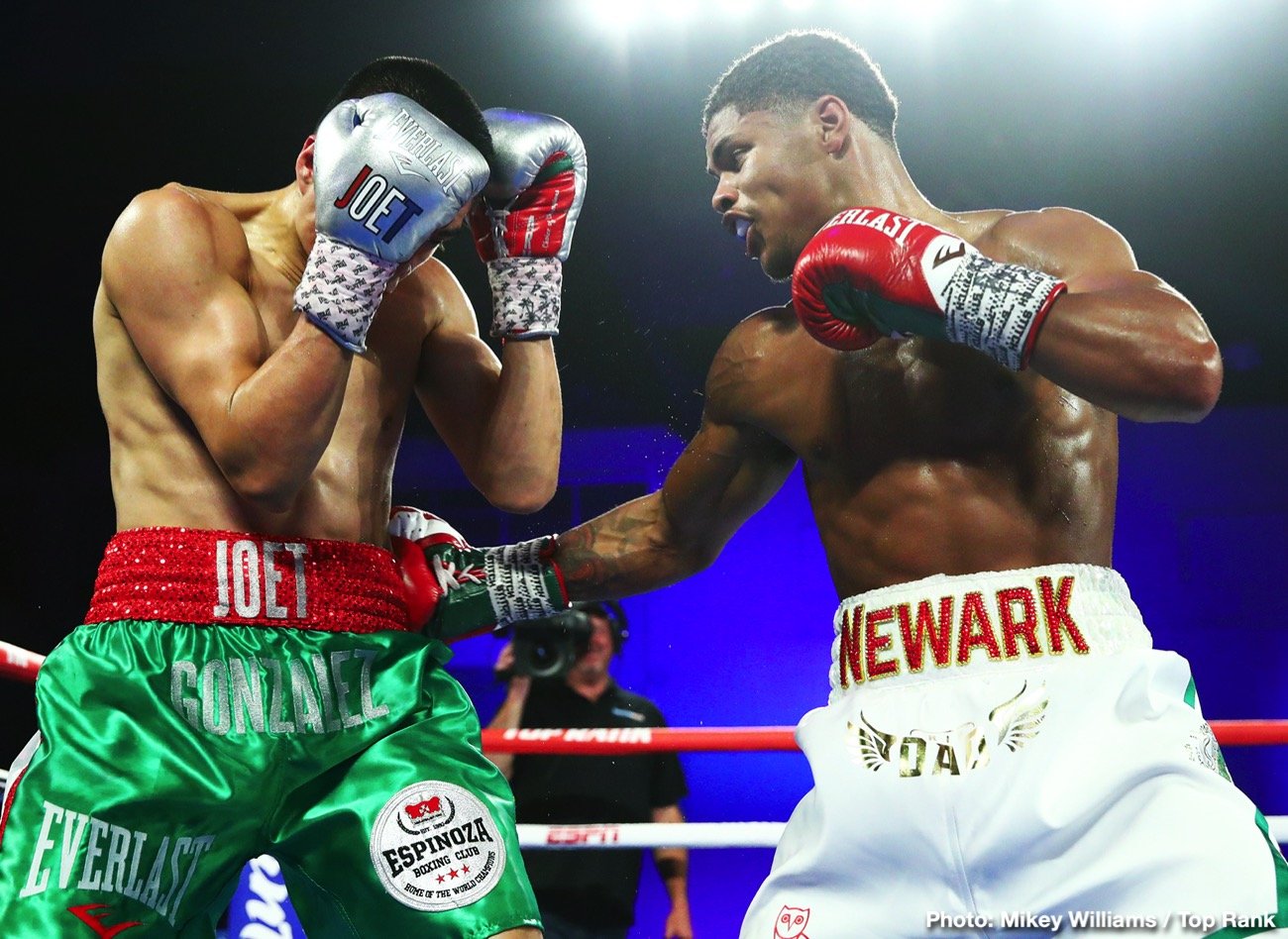 Stevenson: I can outdo Mayweather’s 50-0 record

Crawford has been a pro for 13 years, and the best name is his resume is Yuriorkis Gamboa. It’s shockingly disappointing that Crawford has gotten this far in his career with Gamboa being the best guy he’s fought. With that kind of match-making, the sky’s the limit for Shakur.

Reaching the 51-0 mark is no problem for Shakur Stevenson if Top Rank is going to spoon-feed him fodder level opposition for the next 13 to 18 years.

If Stevenson keeps fighting guys like his next opponent Felix Caraballo for the next 15 years, he’ll smash Mayweather’s record and set a mark that’ll almost impossible to beat.

Stevenson is fighting the little known Caraballo (13-1-2, 9 KOs) next Tuesday on June 9 on ESPN at the MGM Grand in Las Vegas, Nevada. This fight will take place at 130 pounds at super-featherweight, and it’ll be fought without a live audience present. In other words, Stevenson vs. Caraballo will be behind closed doors. 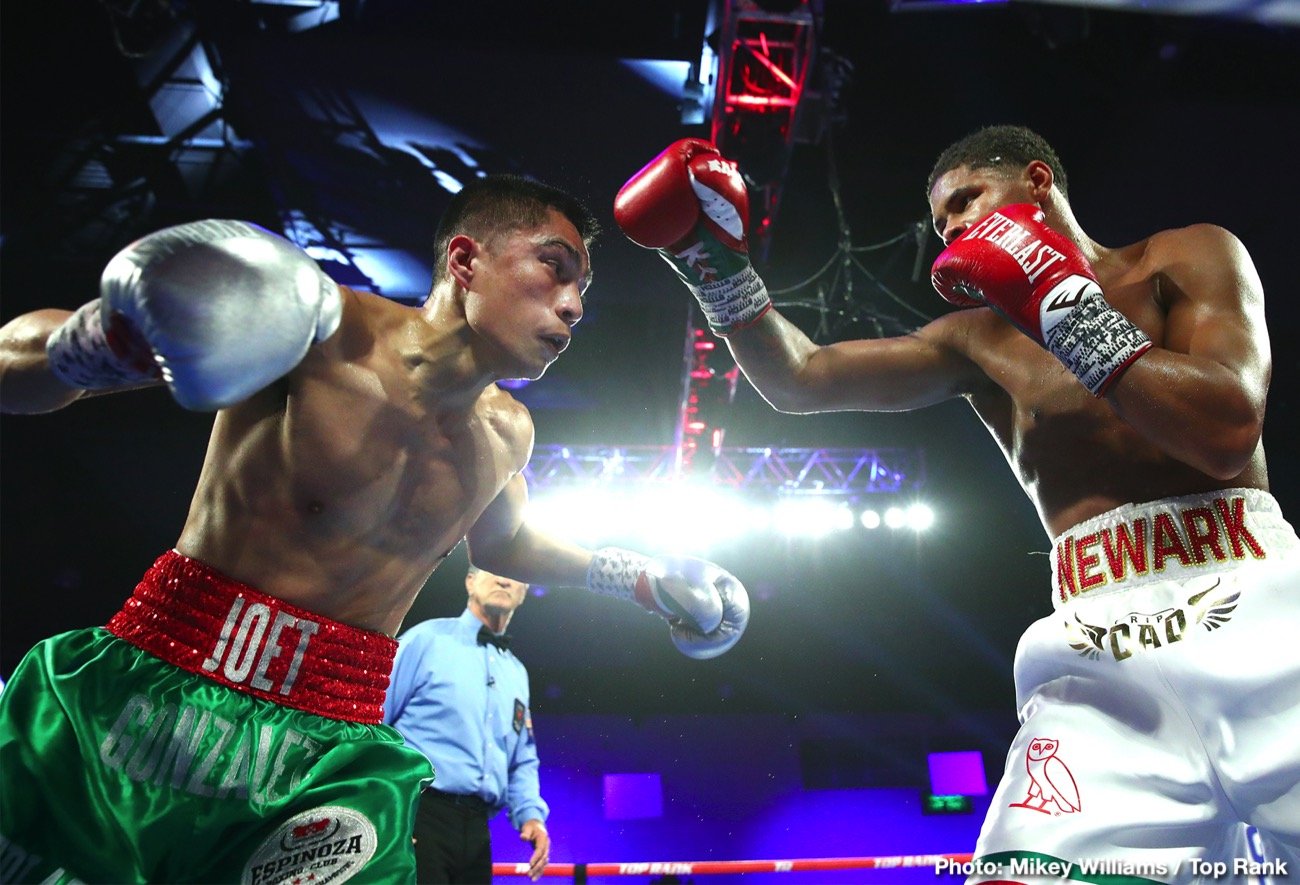 “I mean, I understand the [comparison] because if you watch Floyd career, as he got older and older, he became like a real good defensive fighter, defensive wizard, and I’m real good at that stuff too. I feel like Floyd controlled distance with his feet real good and I think I do that just as good as him,” said Shakur.

These are the best fighters Shakur has fought during his career:

These aren’t talented fighters that Stevenson has been beating, so it’s pointless for him to be comparing his distancing with Mayweather. It would be another story if Stevenson bragged about controlling the distance against the likes of Gary Russell Jr., Miguel Berchelt, Oscar Valdez, or Vasily Lomachenko. Those are the guy that Stevenson should be fighting, not fighters like Caraballo or Joet Gonzalez.

As far as I can tell, the only one that’s comparing Stevenson to Mayweather is Tim Bradley.

“Nah, I ain’t heard of him,” said Shakur this week on his next opponent Felix Caraballo. I watched one round and saw a lot of holes, so I’m going to expose it.”

You can give Stevenson a pass for him facing a soft touch like Caraballo because this is a rush job with him fighting behind closed doors. But that doesn’t explain away all the other 13 easy marks that Stevenson has competed with as a pro. 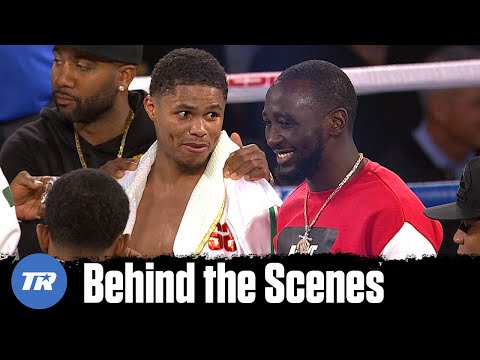 
« Lomachenko to travel to U.S in mid-June to face Teofimo September