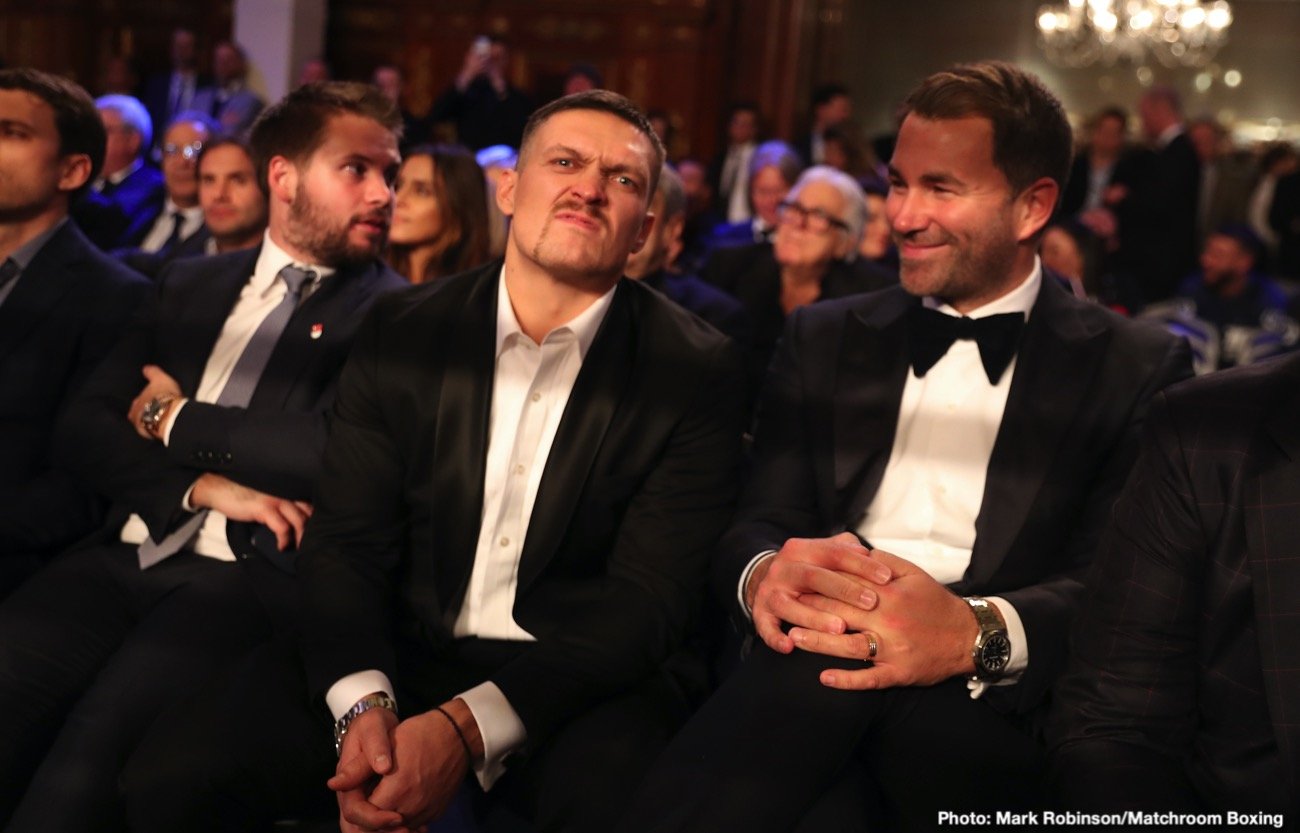 By Charles Brun: A slender looking, Oleksandr Usyk posted a video of him working out in preparing for his October match against Dereck Chisora at the O2 Arena in London, England.  Despite his attempts at bulking up to look like a heavyweight, the 33-year-old Usyk (17-0, 13 KOs) still resembles a cruiserweight.

In Usyk’s last fight on October 12 against Chazz Witherspoon, he weighed only 215 pounds and looked a rehydrated cruiserweight. The power wasn’t there for Usyk, and he ended up getting hit a lot by the elderly 38-year-old Witherspoon before stopping him in the seventh round.

The lack of power and size for the 2012 Olympic gold medalist Usyk was troubling, as it showed that he’s not improving in the strength department. Usyk is going to need power for him to beat the slugger Chisora because he won’t be able to run his way to an ugly win. Chisora is going to have a huge advantage in size and strength against Usyk.

Chisora, 36, has got a perfect chance to beat Usyk, but he’s going to need to pressure nonstop and cut off the ring on the Ukrainian fighter. The southpaw Usyk is probably going to use the same game plan that employed for his wins over Artur Beterbiev in the amateur ranks and his with the big lumbering Joe Joyce.

Usyk was getting worked over by both fighters when he stood his ground, so he focused on movement to negate Joyce’s and Beterbiev’s offense.

Many boxing fans still believe Usyk was given a gift decision in defeating Beterbiev in the 2012 Olympics. Boxing News 24 had Beterbiev winning. He did the better work, landed the harder shots, and had Usyk hurt. 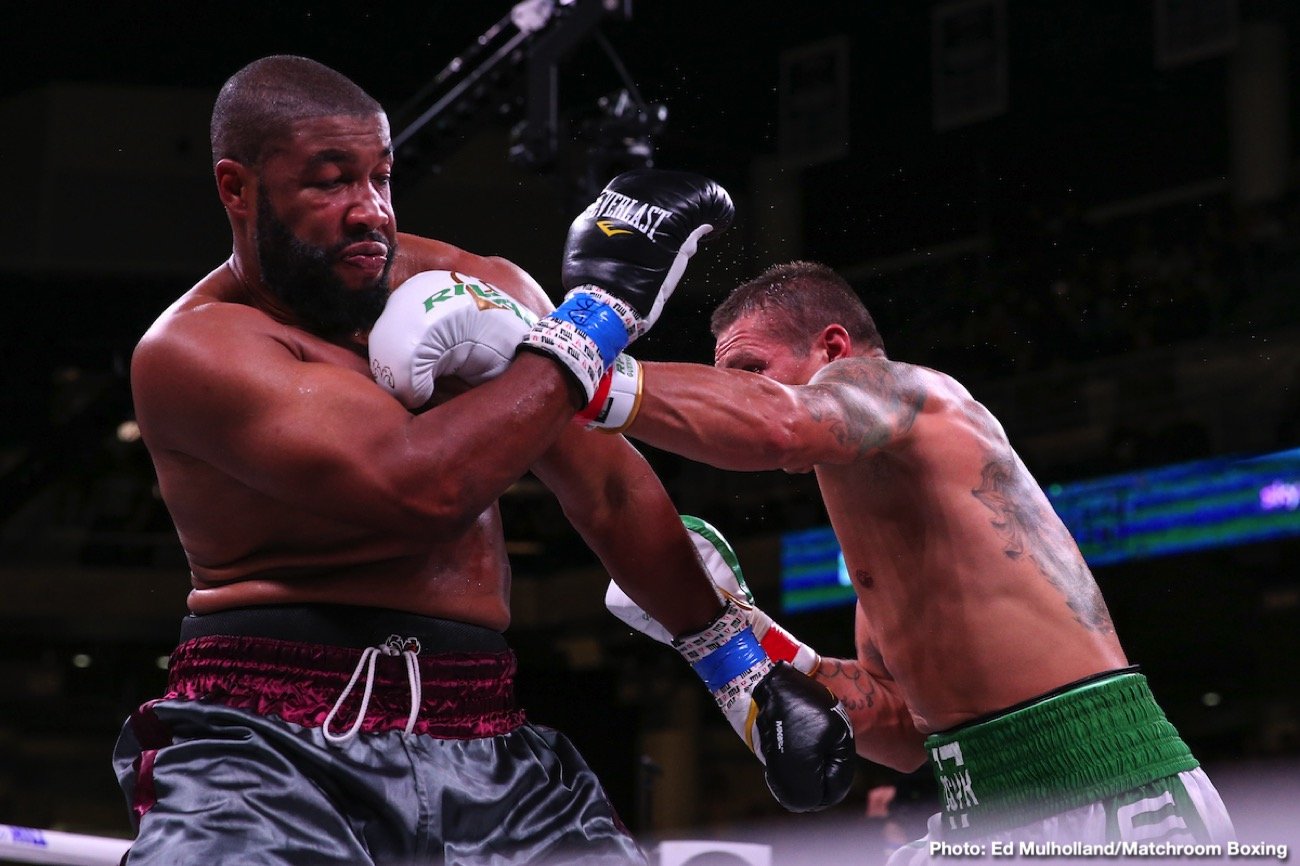 Usyk and Chisora fighting in October at the O2

There probably won’t be much of a crowd in attendance for the Usyk vs. Chisora fight in October at the O2 Arena in London. The second wave of the virus is expected to hit in the winter, and we’re still the vicious first wave.

Three-four thousand boxing fans in attendance for the Usyk-Chisora fight would still be risky. Hearn doesn’t say how the people will be able to get refreshments. He’s going to have to figure out how fans can purchase their drinks and food without becoming ill when they stand in long longs waiting.

One option would be to have food and drink vendors walking the aisles selling to the fans. They do that at college football games.

It’s doubtful that the UK government will permit crowds for sporting events by October if the situation with the pandemic remains constant. You can only imagine the number of people that could fall ill from a large crowd of 20,000 at the O2 Arena during the fall.