Hearn: Does Joshua have to fight Usyk before Fury? Possibly

By Charles Brun: Anthony Joshua may need to fight his WBO mandatory Oleksandr Usyk FIRST before he faces Tyson Fury next year, says promoter Eddie Hearn. However, he also says a deal could potentially be made for Joshua to go around Usyk as long as the WBO allows it.

While Hearn is fine with Joshua swerving Usyk, he doesn’t feel the same way about WBC heavyweight champion Fury. Hearn wants him to defend against his mandatory Dillian Whyte, and he’s going to do everything he can to make sure that happens.

In other words, what’s right for Joshua isn’t suitable for Fury in terms of sidestepping their mandatory challengers. That’s a bad look on Hearn’s part for him to be advocating Joshua avoid his mandatory challenger Usyk, but not Fury. Hearn wants Fury to defend against Whyte.

Also, Hearn says if the sanctioning bodies get in the way of the Joshua and Fury fight, then he would be interested in possibly in creating his own governing body.

Fury may be forced to face Whyte first

“Dillian Whyte actually has to take priority, in my opinion, over Anthony Joshua, to get that shot. We will do everything we can to deliver that,” said Hearn to Boxing Social.

“That’s another hurdle to overcome, which we discussed,” said Hearn about whether he would still have Joshua face Fury even if all the titles aren’t one the line. “100 percent, Anthony Joshua’s aim has always been to be the undisputed champion.

“Does Tyson Fury have to fight Dillian Whyte? We will be doing everything we can for the WBC to honor their agreement with Dillian Whyte. We wrote to the WBC last week with Dillian and his legal team to put pressure on them.

“Dillian knows the work that’s being done behind the scenes, and there’s a lot of it. The WBC must honor that,” said Hearn.

It might not work out for Hearn if he continues to pursue the WBC to have them force Fury to fight Whyte in early 2020. If Hearn is successful in getting WBC to pressure Fury, it could lead to him being made Franchise champion.

Do we have to fight Oleksandr Usyk before? Possibly. Is there a deal to be done? Possibly,” said Hearn.  “Will the WBO allow it? Who knows? Yes, we really want this fight [Joshua vs. Fury]. Dillian Whyte has to take priority over Anthony Joshua before they meet to get that shot.

“I wouldn’t stop the fight if we didn’t have all the belts. This is a fight that everyone wants to see. We must deliver this fight for whatever it takes for the sport of boxing,” said Fury.

Whatever deal Hearn makes with Usyk, he’ll need the WBO to go along with it. If they tell Joshua he still needs to face Usyk regardless of a deal they have, and it’s going to be bad. 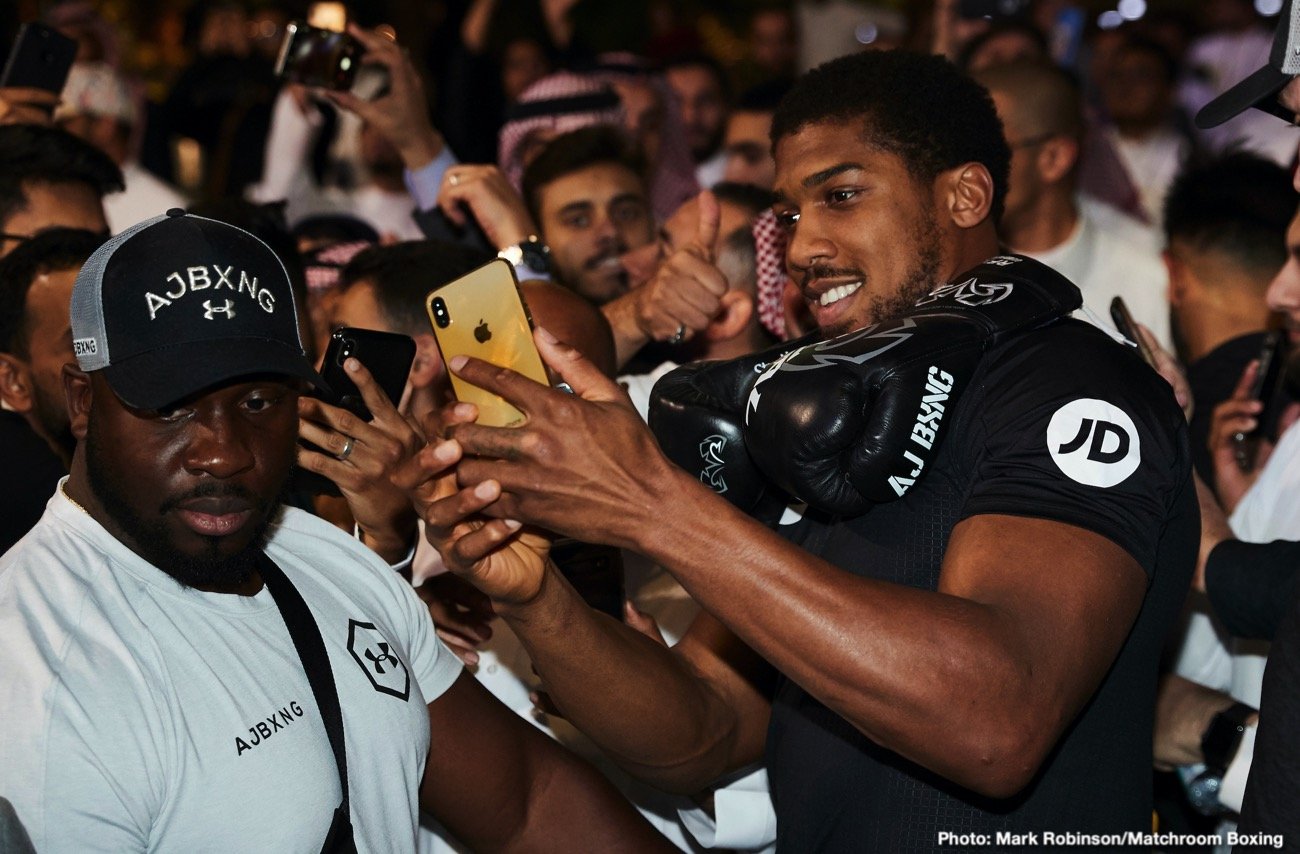 Eddie may circumvent the sanctioning bodies

“We got two Brits, two heavyweight world champions, and they can fight each other for the undisputed world title,” said Hearn. “If the governing bodies don’t support it, we’ll make our own governing body up. We’ll make it for the WDC, World Dosser Championship.

“Listen, we respect the governing bodies, we always support them, and we want them on board. But we also have to do what’s good for boxing, and at the same time make sure the mandatory challenger’s rights are respected.

It sounds impossible for Hearn to the taking about creating his own sanctioning bodies.

Boxing » Anthony Joshua » Hearn: Does Joshua have to fight Usyk before Fury? Possibly