By Barry Holbrook: A tired-looking Gennadiy Golovkin is training hard at Big Bear, California, in preparing for the title defense of his IBF middleweight crown against his mandatory Kamil Szeremeta at a still to be determined date in September or October.

Golovkin (40-1-1, 35 KOs) made the controversial choice of choosing to defend against the obscure fighter Szeremeta (21-0, 5 KOs) rather than face Canelo Alvarez or take on one of the other champions at 160 in Demetrius Andrade or Jermall Charlo.

Fans also wanted to see GGG give Sergiy Derevyanchenko a badly-needed rematch after beating him by a highly contested 12 round decision last October.

Golovkin says he’s working with his trainer Johnathan Banks to try and increase his punch volume, which is an area that he’s been lacking in. Trying to improve his punch volume is the same stuff that Golovkin had already been working on for the last two fights.

This is an area in Golovkin’s game that he can’t seem to improve on, and it seems it’s pointless for him to keep trying. Every fighter has a sticking point to their game that they can’t get past, and for Golovkin, it’s his work rate. 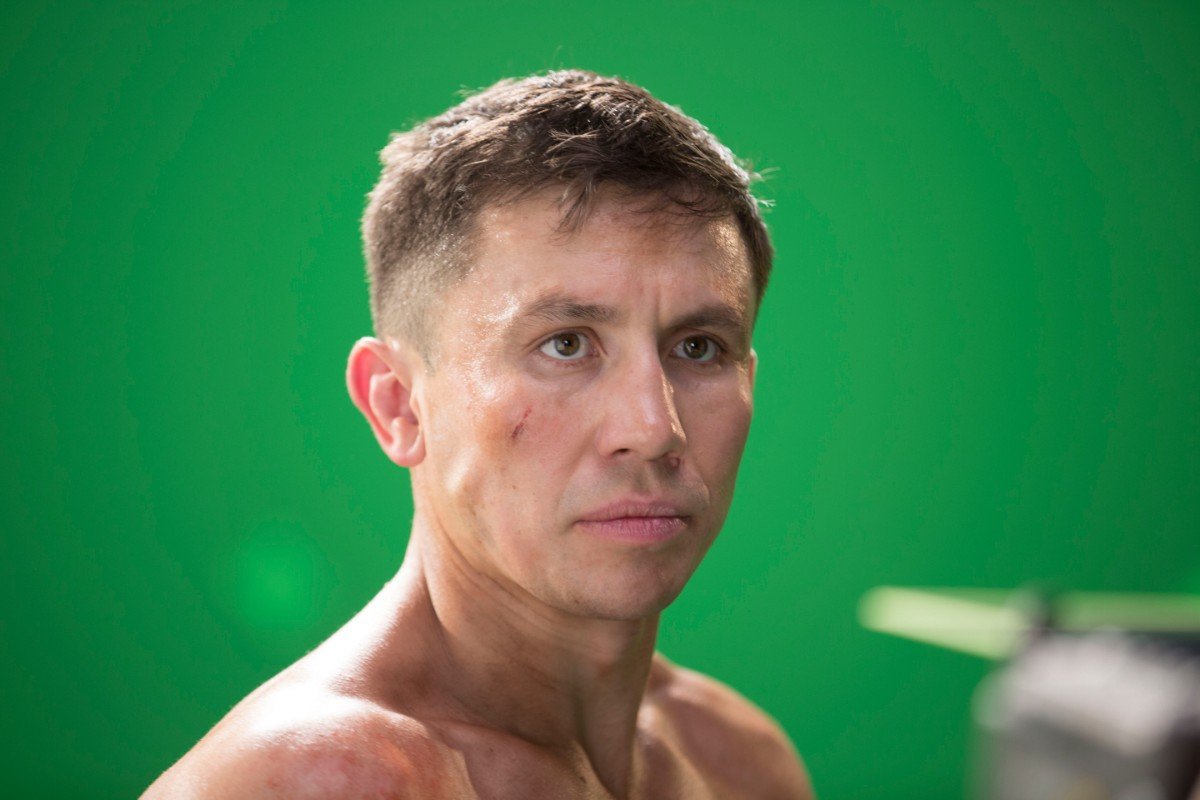 While Banks as preached about the need for Golovkin, 38, to throw more punches in his last two fights, he’s not doing it. GGG’s habit of waiting until he feels is the perfect moment to let his hands go held him back.

This hesitancy when it comes to throwing punches has allowed Golovkin’s last two opponents Derevyanchenko and Canelo, to beat him to the punch repeatedly.

“This is the general direction we’ve been working on,” said GGG to he Lockdown Tapes with Gennadiy Golovkin about his trainer Johnathan Banks wanting him to throw more punches.

Golovkin must show some signs of improvement in his fight against Szeremeta, 30, considering this is a tune-up type of conflict and not math against a talented fighter. Although Golovkin won’t admit that Szeremeta isn’t one of the best in the 160-pound division, his record speaks for itself.

We won’t see how bad Szeremeta is until at some distant point in the future once his management starts putting him in with recognizable top contenders after the Golovkin clay.

In facing an unknown fighter like Szeremeta, Golovkin has put himself in a situation where he’s got to blow this guy out in the first round for him to get any credit from the boxing world.

If Golovkin struggles to beat Szeremeta, he’s going to be torn apart by fans, who will continue to say he’s washed up. But even if Golovkin smashes Szeremeta to bits, he’s still going to receive distant from fans for picking such a soft opponent.

Although Szeremeta is Golovkin’s mandatory with the International Boxing Federation, the mandatory wasn’t due yet. Golovkin chose to face Szeremeta early before he had to. 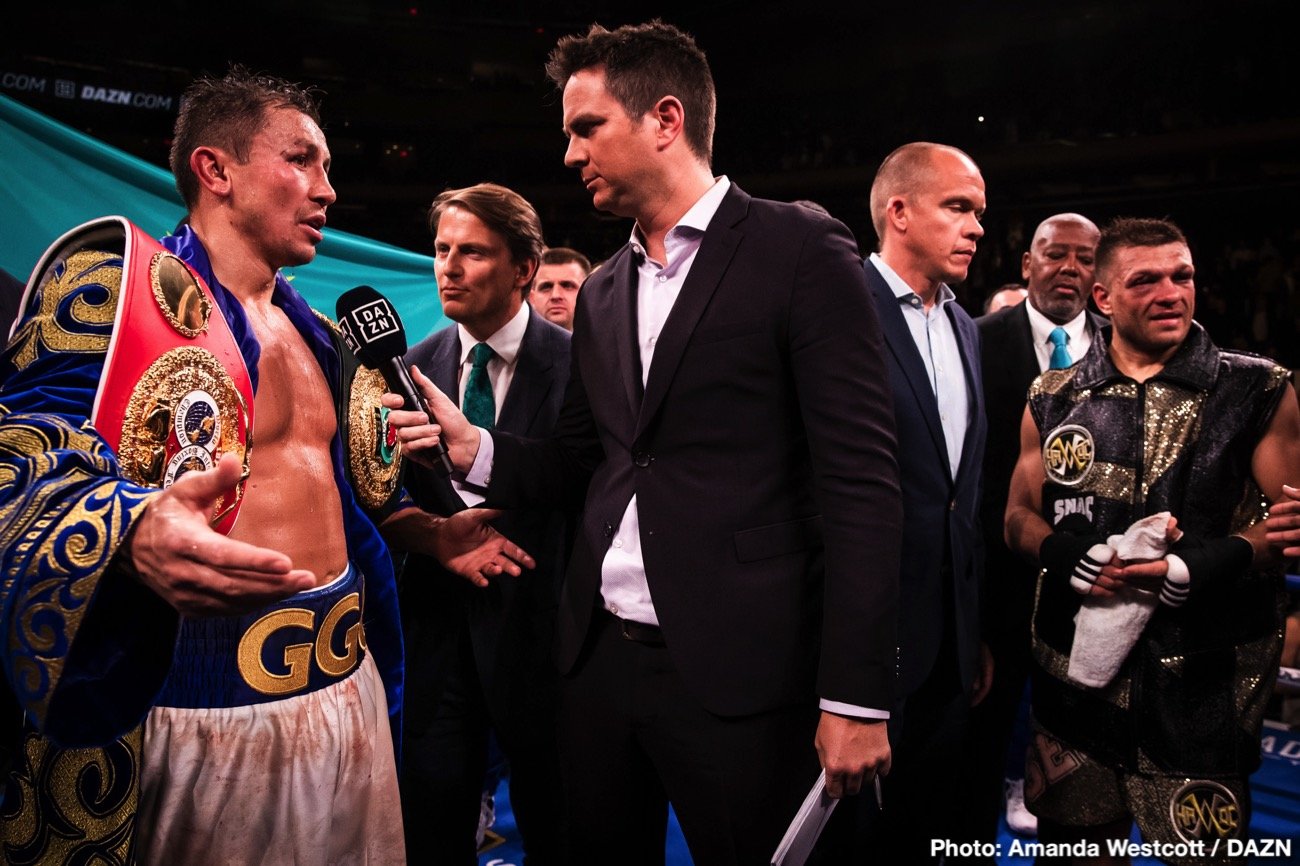 You can draw your conclusions about why Golovkin would want to fight Szeremeta before he had to. Does GGG need a confidence boost after his last two fights with Canelo and Derevyanchenko, or is he just milking his contract with DAZN?

Only Golovkin knows why he’s chosen to take the fight with Szeremeta now. All we know is the fans don’t want to see Golovkin fighting Szeremeta. They want GGG to face quality fighters like Jermall Charlo, Demetrius Andrade, Derevyanchenko, David Benavidez, Canelo, and Caleb Plant.

In the Lockdown Tapes interview, Golovkin was very, very general, saying almost nothing about his opposition, Canelo Alvarez, or anyone. It was a strange interview in which GGG sounded like a politician more than a boxer, and it was hard to believe this was the same fighter that had ruled the middleweight division during his prime.

No date for Canelo trilogy match

The thing that Golovkin has going for him when he faces Canelo Alvarez in their trilogy match next year is the fact that he now knows he can’t win a decision against him. Golovkin doesn’t throw enough punches, and he’ll be fighting in Canelo’s hand-picked favorite fighting city in Las Vegas.

What Golovkin likely has learned from those two fights with Alvarez is he needs to knock him out to win, and that’s not going to be easy. Canelo takes a good punch, and he moves his head a lot. Canelo can be knocked out just like anyone, but it would need to be a fighter that throws nonstop punches to do that.

It would be better for Golovkin to put off the Canelo trilogy match until September 2021 so that he has more time to work on making the needed changes to his game to win that fight. Right now, Canelo beats Golovkin again by mixing his boxing and pressure style that he used in their second fight.

Golovkin needs two to three more tune-up level fights to prepare him for Canelo, and he needs to start following the instructions his trainer Banks is giving him. When Banks tells Golovkin to throw more punches, he can’t be doing the opposite of that if he wants to win.

Someone like Jermall Charlo might knock Canelo out with a single blow, but he’ll likely never get a chance to fight him. Artur Beterbiev at 175 would take the fight to Canelo on the inside and batter him into submission and not worry about getting hit with his counters.

Golovkin doesn’t have that same toughness that Beterbiev possesses, and he’s not an excellent inside fighter.

If Golovkin fights like Marvin Hagler, Canelo would be in big trouble, no which judges worked the fight. Hagler wouldn’t let Canelo enjoy his badly needed rest-breaks in between his three-punch combinations, and he would get tired quickly.

Counter punchers have problems with fighters that throw a massive amount of shots because they can only counter a small percentage of those shots. In Canelo’s case, he tires easily, turns red in the face, and goes into his turtle shell when his opponents attack him with steady pressure.

Golovkin couldn’t fight that way in either of his two fights with Canelo because of his careful manner of picking his shots like he’s playing chess. You can’t beat Canely by fighting like your a chess player.

You’ve got to let your hands go like Hagler or Aaron Pryer, and be ready to go out on your shield if it doesn’t work. Golovkin has no other choice but to fight like that because he won’t beat Canelo by a decision. That’s not happening.

Golovkin wasn’t talking boldly about how he wanted to face Canelo again or any of the top fighters. The interviewer was partly to blame, of course, because he tossed softball questions at Golovkin. However, it’s unclear how much the interviewer knows about boxing.

The way the questions were worded, it gave me the impression that the interview had no clue about boxing and could only keep the questions very general.

Golovkin is supposed to be fighting Canelo at some point in 2021. Whether that be in May or September is unclear. If it’s May, then that’ll help him. But if the fight is in September of 2021, it’s going to put pressure on Golovkin to face a good opponent instead of another warm-up level opponent.

DAZN is going to want Golovkin to take on a quality fighter to bring in the subscribers, and he can’t do that if he keeps facing guys like Szeremeta.