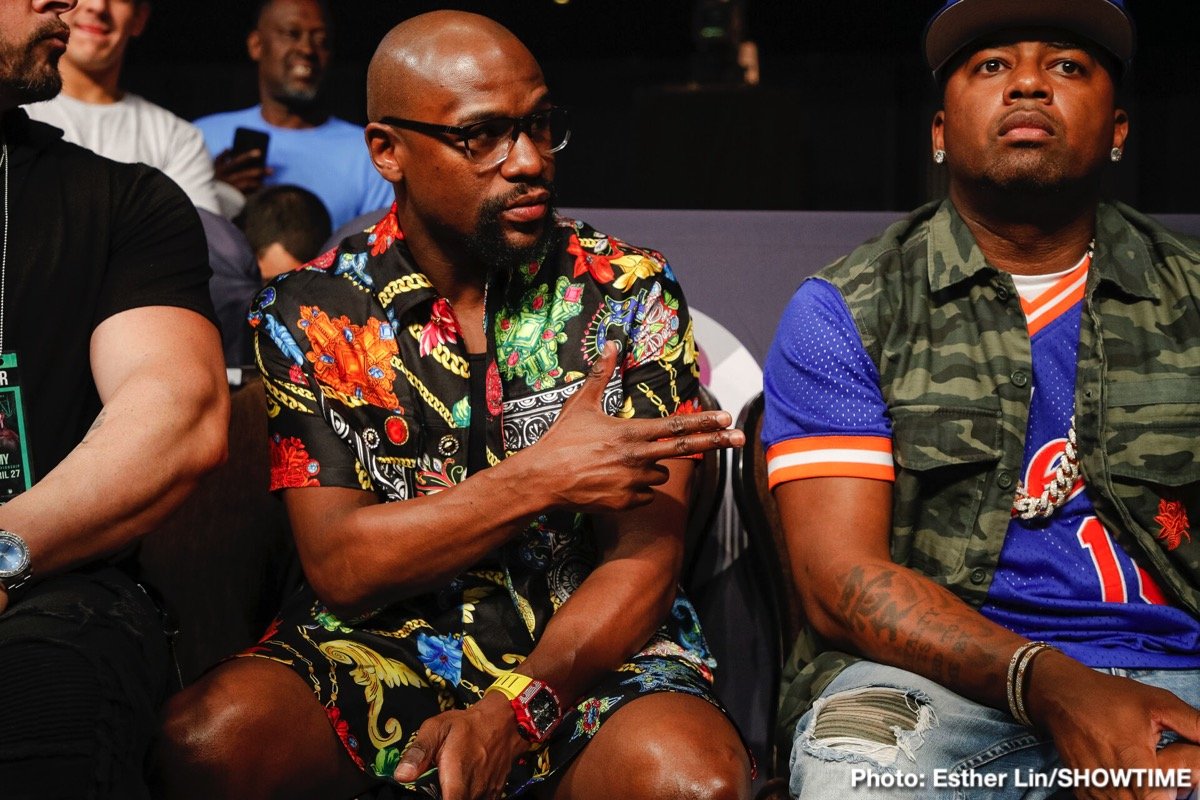 By Allan Fox: Floyd Mayweather Jr. isn’t taking the news of Conor McGregor retiring too well. The 31-year-old McGregor announced his retirement over the weekend, ending his 12-year professional career.  Not surprisingly, Mayweather isn’t a happy camper about the Irish fighter retiring, as makes it clear that he’ll be waiting for when he returns.

It’s easy money for Mayweather in fighting guys like McGregor, who is a fish out of water inside a boxing ring.

Mayweather says he’ll “PUNISH” McGregor again when he comes back. At this point, it’s not likely that boxing or MMA fans will want to waste their money on watching an old Mayweather fight McGregor again. Floyd beat McGregor by a 10th round TKO on August 26, 2017, in Las Vegas. Nevada.

The Mayweather-McGregor fight wasn’t competitive enough for there to be a rematch, and McGregor hasn’t done much in his own career in the UFC since that loss. He’s only fought twice in going 1-1, and he doesn’t look like the same fighter he once was. You can argue that money ruined his ambition/hunger for the sport.

McGregor’s fortune is estimated at $120 million, according to Celebrity Net Worth, which says a lot about why he’s choosing to retire. He doesn’t need to continue to work to live well.

“If I’m not mistaken, didn’t you tell Mike Tyson you could beat me if we fought a second time? Now you’re quitting! I thought you wanted to beat the best? Well, if you decide to come back, I will be waiting to punish you again,” said Mayweather on social media in responding to Conor McGregor’s retirement message.

It’s understandable why Mayweather wants McGregor to come back to fight him in a rematch. Their previous match in 2017 together brought in 4.3 million pay-per-view buys, making it the second-highest PPV event in the history of the sport. Mayweather-McGregor brought in a live gate of $55,414,865.79 at the T-Mobile Arena in Las Vegas, Nevada.

McGregor got a guaranteed purse of $30 million compared to Mayweather’s $100 million, but they made a lot more than that from the pay-per-view upside.

What Mayweather doesn’t understand is the fans see his desire to fight McGregor again as a pathetic money-grab attempt, and they don’t like the look of this. It was such an incredibly shoddy fight, and way overpriced at $100 per household on pay-per-view.

That makes sense because McGregor had NEVER boxed before in his life in a professional or amateur boxing match. Nevertheless, the Nevada Commission sanctioned the fight between Mayweather and McGregor, who had an 0-0 record, as counting as a professional boxing match.

Fans wouldn’t mind watching Mayweather fight McGregor in the octagon, but NOT another boxing match.

“Hey, guys, I’ve decided to retire from fighting. Thank you all for the amazing memories! What a ride it’s been!” said McGregor in his retirement announcement on social media.

The 43-year-old Mayweather has been training for the past couple of months, in what appears to be him preparing himself for a comeback against another non-boxer. Earlier this year, Floyd posted a photo of McGregor and Khabib and talked of wanting to fight both of them on the same night.

McGregor looked so awful against Mayweather, and it was a real disappointment. Mayweather calls these events “entertainment,” but none of them have been entertaining. Floyd has fought twice against MMA fighters in matches against McGregor and Tenshin Nasukawa, and they were both one-sided mismatches.

« Fury vs. Wilder trilogy on Christmas in Australia possible