Crawford REFUSES to trash-talk to increase his popularity

By Matt Lieberman: Terence Crawford is fast approaching his 33rd birthday, and stardom has still alluded him. Unlike the young trash-talkers Ryan Garcia and Teofimo Lopez, who has rapidly built an enormous fan base with their gift of gab, Crawford refuses to become theatrical to market his fights.

Crawford (36-0, 27 KOs) is the only school method of increasing his popularity by performing well and looking good. It hasn’t worked well for Crawford, and he doesn’t have too much time left in his career before he is dethroned as WBO welterweight champion.

Crawford doesn’t understand boxing is the entertainment business, and you’ve got to be able to sell your fights to the masses. It’s not enough to just be a good fighter. You have to be able to entertain the fans in giving interviews, telling jokes, and making it fun for the fans.

Fighters like Adrien Broner have been able to keep his career alive just by his ability to entertain the fans outside of the ring. If not for that, Broner’s career would have been over five years ago in 2015.

Crawford focuses ONLY on entertaining inside the ring

“I’m about showing you rather than telling you,” said Crawford in sounding stubborn and unyielding on his stance about not wanting to entertain outside the ring.

Contrary to what Crawford says about the fans not giving a “F*** about me,” they do care about what happens with fighters. They identify with the warriors and see them as significant figures. Crawford seems to have a warped view about what fans think about. They’re not against him. He has a lot of fans that support him and is willing to purchase his fights against the likes of Amir Khan on pay-per-view.

At this point, Crawford needs to realize it’s NOT working for him in his decision to focus entirely on entertaining inside the ring rather than outside of it. Crawford has been a professional for 12 years now, and it’s apparent that he’s not going to become a star just by trying to entertain inside the ring.

Some fighters do become stars without them ever becoming great trash-talkers, and good at interviewing.

Gennady Golovkin and Mike Tyson are examples of those types of fighters. However, those guys are a lot more exciting to watch inside the ring than Crawford. ‘Iron’ Mike Tyson and GGG are guys that go all out looking for a KO, and they’re not afraid to get hit.

If Crawford could fight like Tyson, Golovkin, or prime Thomas Hearns, he would have more fans. He wouldn’t need to be a good talker, but the trouble is, Crawford isn’t as exciting to watch as those guys.

In Crawford’s case, he’s a switch-hitting counter-puncher, who hates getting hit, and who moves a lot when he’s being pressured. Crawford isn’t going to stand in the pocket and go to war against a good fighter with power. We saw what happened with Crawford in his last fight against Egidijus Kavaliauskas when he stood in the pocket.

Kavaliauskas knocked Crawford down and hurt him. To this day, Crawford is still in denial about being knocked down, but the camera doesn’t lie. He was down. 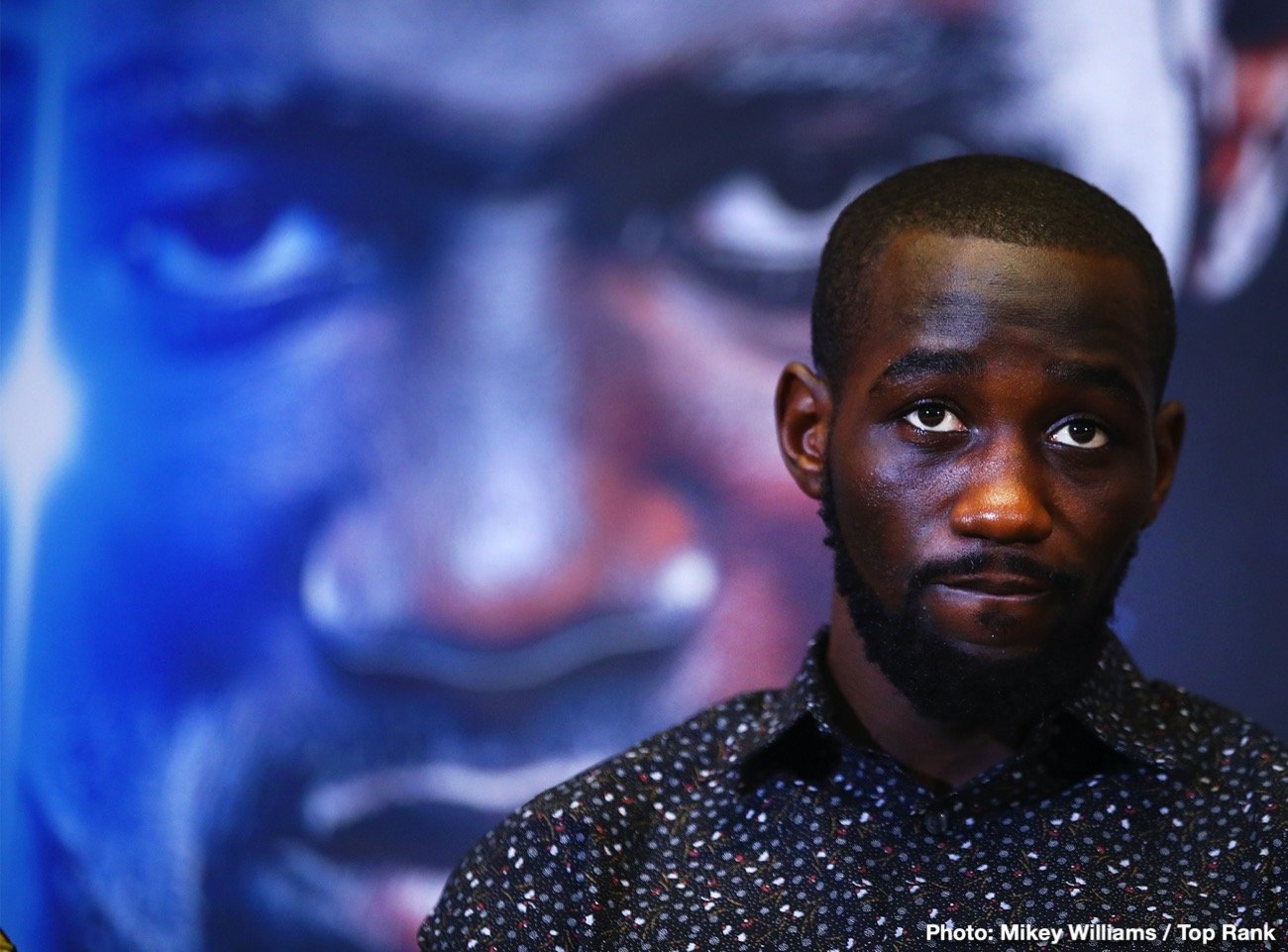 Terence doesn’t want a FAKE beef to get fans excited

“When we get in the ring, I’m gonna beat your a**. Let’s just do that,” Crawford said in justifying his reasons for not wanting to trash talk. “When I say I’m going to f— you up, I really mean I’m going to f— you up. I don’t want [to create] fake beef so they can say we for real then we at the bar drinking beers together afterward.”

If Crawford’s promoters at Top Rank were doing an excellent job of matching him against the best fighters, then he would be a lot more popular today than he is now.

Maybe Crawford wouldn’t need to entertain fans outside of the ring if Top Rank had been matching him against the best guys his entire career. But the fact of the matter is, Top Rank HASN’T been putting Crawford in with the best, and his resume is woefully for a guy that has won as many titles as he has.

These are the best fighters Crawford has fought since turning pro in 2008:

All the rest of the fighters that Crawford has fought have been contenders and second-rate belt-holders. That’s why it’s been so difficult for Crawford to become a star. The opposition hasn’t been there for Crawford, and he’s a resume that isn’t what it should be.

When fans see that Crawford is 36, they’re impressed. But when you dig deeper and realize that his best wins have come against Gamboa, Khan, and Horn, it’s disappointing. It’s not that Crawford has underachieving. He wants to fight the best, but his promoters have dropped the ball.