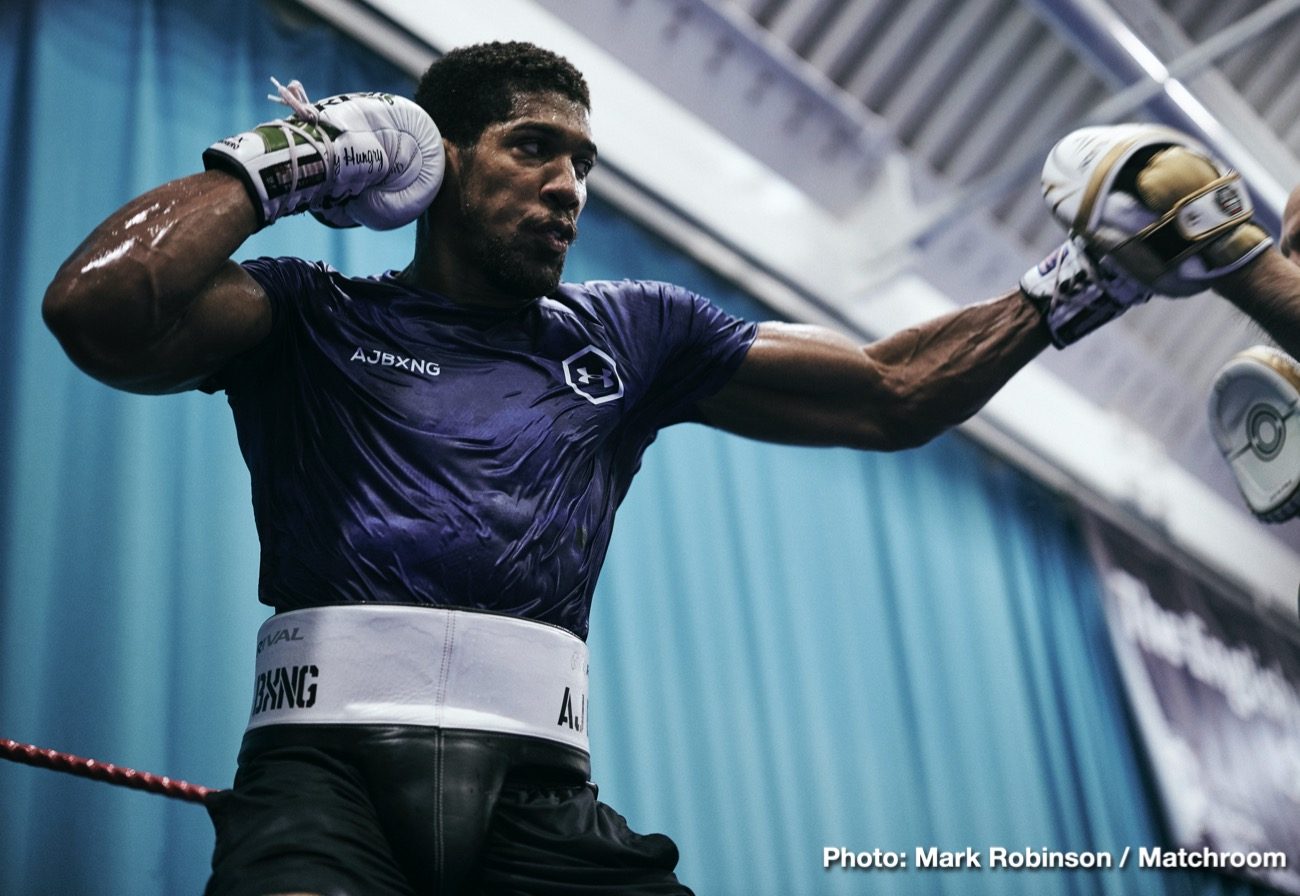 By Jeff Aronow: Anthony Joshua suffered a left knee injury training and will need four to six weeks of rest before he can resume training for his title defense Kubrat Pulev in November.

Joshua pictured on a scooter with a leg brace on, which probably isn’t the smartest thing for him to be doing given his injury. What’s also interesting is that Joshua WASN’T wearing a mask while attending a rally, and he wasn’t practicing social distancing.

If Joshua were to get sick, that would potentially throw off his mandated title defense against Pulev even further.

This risk-taking behavior by Joshua suggests that he may be having mixed feelings about wanting to fight Pulev. I mean, would Joshua go around mask-less if his next fight were against Tyson Fury?

The injury is going to throw off Joshua’s training for his fight with Pulev, and it now remains to be seen whether he’ll fight at all in 2020. AJ might need to scrap the idea of fighting Pulev this year if his training is impacted too much.

With the risk-taking Joshua is doing, it begs the question of whether he wants to defend against Pulev. If not, then he needs to throw his IBF strap in the wastebasket and get on with significant business in facing the good heavyweights like Tyson Fury, Dillian Whyte, and Daniel Dubois. 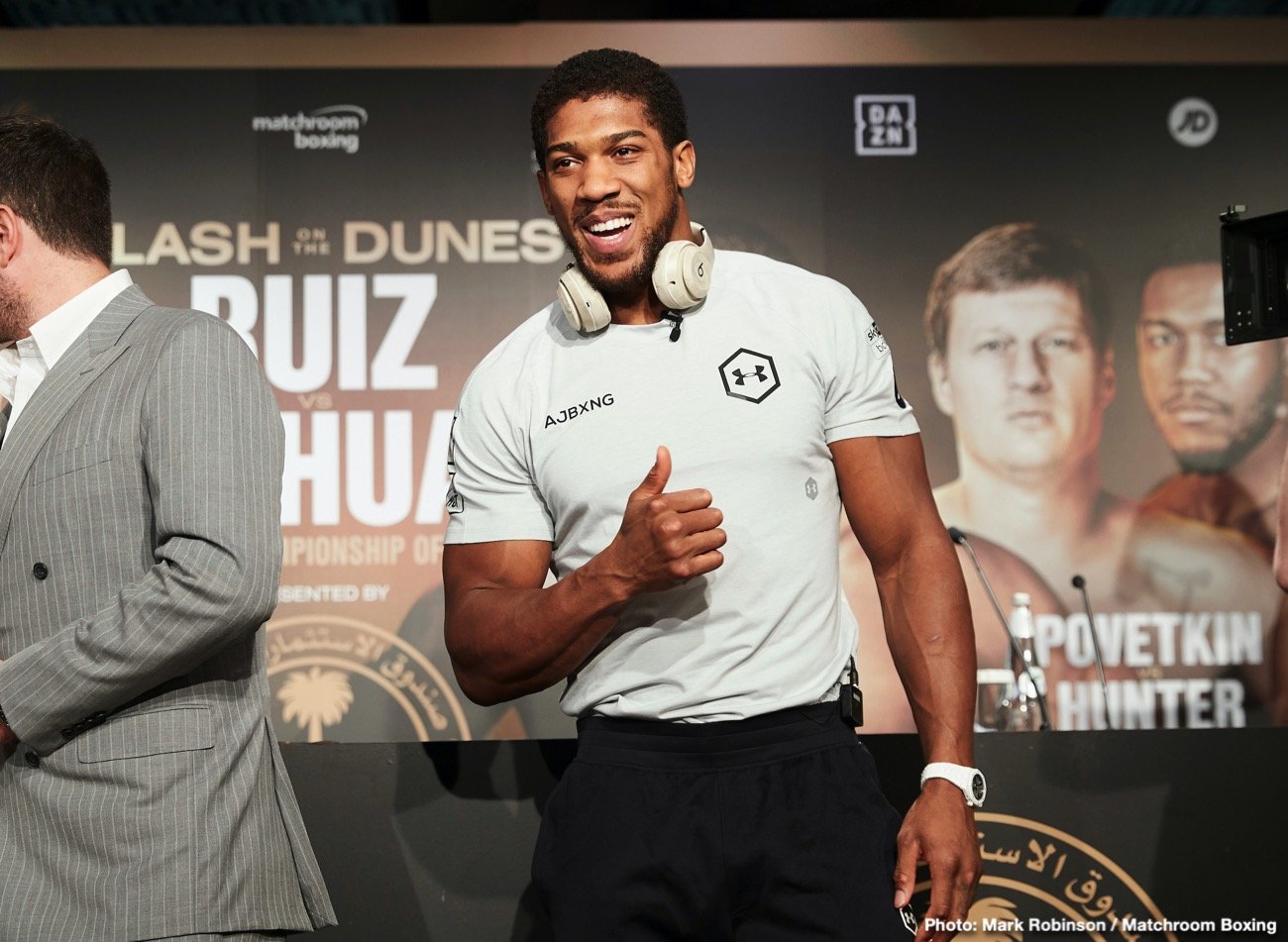 Joshua (23-1, 21 KOs) didn’t tear a ligament or break any bones, thankfully. But the injury is bad enough that he’ll be using crutches to walk.

IBF/WBA/WBO heavyweight champion Joshua suffered his left knee injury while running. It’s good news that the injury isn’t a bad one, as Joshua, 29, has already been waiting long enough for him to get the fight out of the way against the 39-year-old Pulev (28-1, 14 KOs).

With November still, five months away, Joshua has plenty of time to recover before he needs to defend his IBF belt against the Bulgarian Pulev. It’s good for Joshua that Pulev can’t punch, and he’s old in pushing 40. If this were a good fighter like Tyson Fury, Dillian Whyte or Deontay Wilder, it would be a different story.

Matchroom Boxing promoter Eddie Hearn still hasn’t given a definite date for Joshua to defend against Pulev. With the injury that Joshua, we may need to see the fight pushed back into December. One month difference isn’t going to change things too much. The fans won’t make a big deal about Joshua facing Pulev in December rather than November because this is a fight that few people even care about.

Pulev didn’t have to do much to earn the IBF mandatory spot other than beat Hughie Fury, who probably should have never been ranked in the top five in the first place.

Joshua will still need to be in good shape for him to beat Pulev because he’s going t be loading up with everything he has on his shots looking to pull off an upset. Joshua’s chin isn’t the greatest, and he didn’t look so great in his last performance in avenging his loss to Andy Ruiz Jr. last December in Saudi Arabia.

In that fight, AJ fought defensively and was running and holding all night to keep from getting walloped by Ruiz.

If Joshua beats Pulev, he’ll be facing the winner of the Fury vs. Wilder 3 fight.

The fight that boxing fans are eager to see is Joshua and WBC champion Tyson Fury, but that’s not going to happen until 2021. It may not even happen then if Joshua doesn’t beat Pulev and if Fury doesn’t defeat Deontay Wilder.