By Aragon Garcia: Vergil Ortiz Jr posted an old photo of him and Adrien Broner on his social media site Saturday asking his fans if they would like to see him face ‘The Problem.’ The photo was six years ago when Broner was a young 25 and Ortiz Jr. just 16-years-old.

Broner has seemed mentally scattered lately, talking about wanting to be a rapper, and going back to the streets. He sounds like he’s half-joking, though, and it’s hard to believe he would abandon his boxing career when he can still make money.

Ortiz’s promoter Oscar De La Hoya of Golden Boy Promotions said a match against Broner would be “easy dinero,” which means he’s probably in favor of putting that fight together.

Not only is boxing having been halted, but the 31-year-old Broner is insisting that he be paid $10 million by Showtime and or Al Haymon for him to resume his professional career.

Broner hasn’t given any indication that he’s joking about wanting $10M for his next fight. But if he’s serious, then Ortiz Jr. has little chance of getting a fight against Broner. He’s not going to get that kind of money from Haymon and Showtime to come back against anyone.

Ortiz Jr. is knocking everyone out with his heavyweight hands, and he loads up on everything he throws. None of the top welterweights in the division have mentioned Ortiz’s name, and that’s a sign that he’s respected. When the top elite fighters don’t mention the talented contenders, then you know they’re worried.

This would be a hard fight for Broner right now to deal with a guy like Ortiz Jr. Broner isn’t a natural welterweight, and he wouldn’t have much to kee Ortiz off of him.

Unlike Floyd Mayweather Jr., who many fans compared Broner to many years ago, he doesn’t possess great hand speed. Also, Broner doesn’t throw a lot of punches, and he can be outworked by his opponents.

Broner has done a lot with his career in winning world titles in four different weight classes, but he’s not done well since 2013. A loss to Marcos Maidana in December 2013 is when things started unraveling in the career in Broner.

Although Broner did win the vacant WBA World light welterweight title in beating Khabib Allakhverdiev in 2015, he’s struggled since then in losing to Shawn Porter, Mikey Garcia, and Manny Pacquiao.

A lot of boxing fans believe Broner deserved losses in his fights against Adrian Granados and Jessie Vargas in the last three years.

Ortiz has recent wins over these fighters:

I always had a lot of respect for Broner for inviting me and @hectorbeltranjr to take a picture with him when Mike Tyson ignored us. Who would like to see this fight? 🔥💯 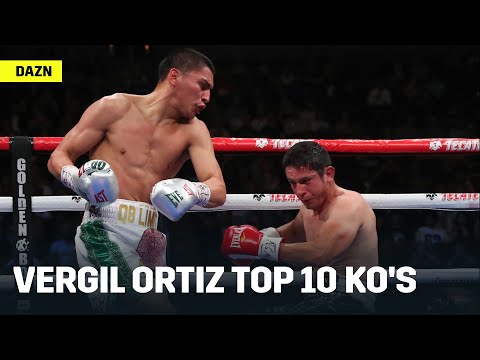