By Jeff Aronow: Andy Ruiz Jr. hired Eddy Reynoso as his new trainer on Tuesday in hopes of him bringing him back to his brief former glory as the IBF/WBA/WBO heavyweight champion. This is a move that had been talked about for the last month, and now it’s official.

The initial thoughts are that Reynoso, if nothing else, will make sure that Ruiz Jr. (33-2, 22 KOs) is in good shape for his fights. In other words, we won’t see Ruiz coming into his next fight at an out of shape 283 pounds as we saw in his recent loss to Anthony Joshua.

With Ruiz having roughly $10 million for his two fights with Joshua, he might be distracted with all that money. You can do a lot when you have millions.

Even if things do work out well between Reynoso and Ruiz, it doesn’t mean that Andy will be able to recapture his lost heavyweight titles. Ruiz is short at 6’2″, and he’ll have a difficult time beating the taller heavyweights like Tyson Fury, Deontay Wilder, and Anthony Joshua.

Andy dumped his last trainer after losing to Joshua

Ruiz let his previous trainer Manny Robles go after he lost his rematch with Anthony Joshua last December. Even though Ruiz admitted that it was his fault that he came into his rematch Joshua out of shape at 283 pounds, he still cut Robles loose afterward.

There is a difference between Robles and Reynoso in terms of popularity. Reynoso is popular enough to where he won’t mind giving Ruiz Jr. the boot in a hurry if he chooses to train in a lazy, disinterested, lackadaisical manner. The well known Reynoso is too busy to put up with fighters that are just going through the motion and don’t want to work hard.

Reynoso is famous for being the trainer of Saul Canelo Alvarez, who had’s in his stable for many years. While some fans think this is an excellent move on Ruiz’s part, others don’t see Reynoso as being able to change much of anything.

It could be a monumental task for Reynoso to instill discipline in Ruiz. The real question is, how long will Reynoso want to put up with Ruiz before he gives him his walking papers?

Reynoso will need to push Ruiz

If Reynoso can’t stop Ruiz from eating, then this working relationship will be doomed. That’s what Ruiz needs more than anything. He needs someone to monitor what he puts into his mouth before, during, and after training camp. Ruiz didn’t want to train for the rematch with Joshua.

Other than having Canelo as one of his fighters, Reynoso might not be any better than the less notable trainer Ruiz Jr. just left in Manny Robles.

Ruiz put in no effort with Robles during his training camp for his rematch with Anthony Joshua last December, and not surprisingly, he lost a lopsided 12 round unanimous decision.

Ruiz is already seen as a ‘one-hit wonder,’ who got lucky in catching Anthony Joshua off guard last year in his upset seventh-round knockout win.

“Welcome to the team, Andy,” said Eddy Reynoso on social media in welcoming Ruiz. “Let’s hit it and good.”

Ruiz, 30, showed a lot of heart in getting back up in round three when Joshua knocked him down with a hard left hook to the head last June. After getting back up, Ruiz knocked Joshua down twice in the round, and two more times in round seven to get the stoppage.

Ruiz may need to lower his sights

If Ruiz fails to beat the likes of Wilder, Fury, and Joshua, he may need to consider being a gatekeeper type of heavyweight. Of course, there’s always some of the lower-level WBA ‘regular’ and the interim titles that Ruiz can go after if he fails to beat any of the top heavyweights in the division.

At least by capturing one of those belts, Ruiz can have a strap that he can show to the casual boxing fans to validate his worth in the division. Once Ruiz loses another two or three fights, his paydays will start dropping off back to where they once were before his big upset win over Joshua in 2019.

The question is, will Ruiz be happy seeing his paydays drop off to where they were when he was just a regular contender, trying to scrape together a living? You can argue that Ruiz will soon retire once he gets to that level because it won’t be worthwhile for him to stick it out at that point. 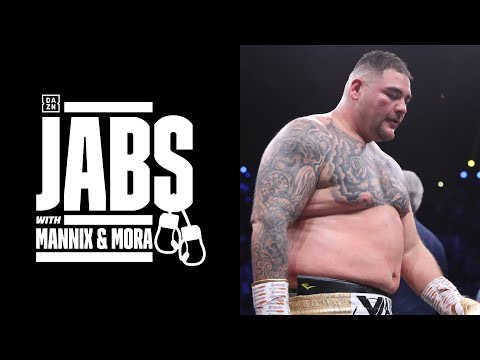 Barry Hearn says Wilder and Pulev need to step aside »