Keith Thurman: Everybody at 147 is my PREY

By Kenneth Friedman: Keith ‘One Time’ Thurman is ready to become “The Hunter” once again now that he’s lost his 147-pound titles with his 12 round decision defeat to Manny Pacquiao last July.

Keith had a target on his back, and virtually every fighter in the 147-pound division wanted a piece of him. Even fighters at 140 and 154 wanted to take on Thurman because they know that their popularity would rise just by being his opponent.

Thurman ready to get back in action

“To be honest, it should come back real soon,” said Thurman to the AK and Barak show when asked what he needs to do to bring back the ‘One Time’ that we need. “I have a motto, ‘I have an O, and I’m not afraid to let it go. If you can beat me, beat me.’

“That doesn’t mean I was trying to be beat. There’s a difference, you know? Not carrying about your career and carrying are two different things. That statement means that if I face a man that’s better than me, then they’ll show me in the ring. You’ve got to go toe-to-toe with me, and it’s not easy to do,” said Thurman.

With the pandemic going on, it remains to be seen whether Thurman will get a chance to fight before the end of the year. Thurman is too famous for him to fight without fans, but if that’s the only option, then he’ll have to make that move.

There’s no telling when fans are going to be able to attend live events. If it’s not possible, then Thurman will have little option but to fight behind closed doors if he wants to stay busy. Some fighters like Terence Crawford are talking about wanting to be paid extra for fighting without fans. That’s not a good idea for Thurman to take that kind of stance because he needs to stay active. 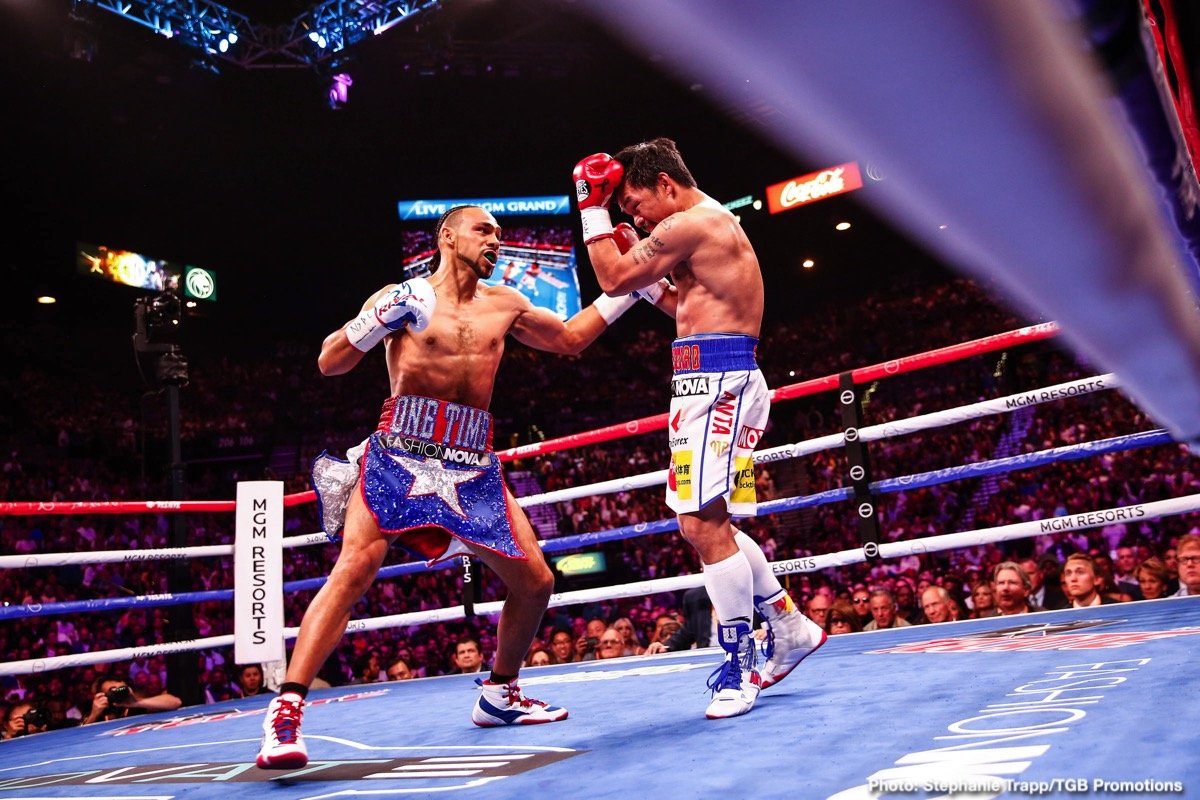 ‘One Time’ Thurman prepared to be the ‘HUNTER’

“I’m ready to get back,” said Thurman. “I’m a contender again. I think that’s what’s going to bring it out in me. The fact that I have to go GET it, you know? When I was going out to get it, everybody, as getting it. Everybody was getting the fire into the stick, you know?

“It’s only after you’ve sat on the top and you’ve been there, and body is coming for you that the fire’s not the same when you’re the one that’s being the hunted instead of the hunter,” said Thurman.

Some of the contenders that Thurman might consider are fighters like Shawn Porter, Danny Garcia, Mikey Garcia, and Yordenis Ugas. Beating some of those fighters will get Thurman ranked high with the IBF, WBA, and WBC. However, Thurman’s popularity is to such an extent that he probably doesn’t need to be ranked high for him to get a title shot against one of the champions.

Thurman is ranked #5 with the WBC and #9 with the WBA. Surprisingly, Thurman isn’t ranked in the top 15 by the World Boxing Organization or the IBF.

“So, I see everybody in the welterweight division as future prey, and I look forward to manifesting that in a performance in the future,” said Thurman.

This is going to be a different experience for Thurman, as hits been five years since he was the one going after the top 147-pound fighters as a CONTENDER, and it’s going to be interesting for him. The top targets for Thurman are the following champions:

Of those champions, Pacquiao and Spence are the most valuable for Thurman, considering that they’ve got the more prestigious titles. Besputin holds the WBA secondary 147-lb strap, and that’s a belt is next to worthless for Thurman.

A lot of boxing fans view Crawford’s WBO strap as being a secondary strap as well. The titles that mean a lot are the IBF, WBA Super World, and WBC. Thurman would like to get his hands on those belts.

More importantly, Thurman wants to avenge his loss to Pacquiao because it’s one that he wouldn’t have lost if things had gone differently. From the very start, Thurman was facing an uphill climb with the Pacquiao fight. Thurman had to lose over 30 pounds in training camp, and that took a lot out of him.