Evander Holyfield coming out of retirement 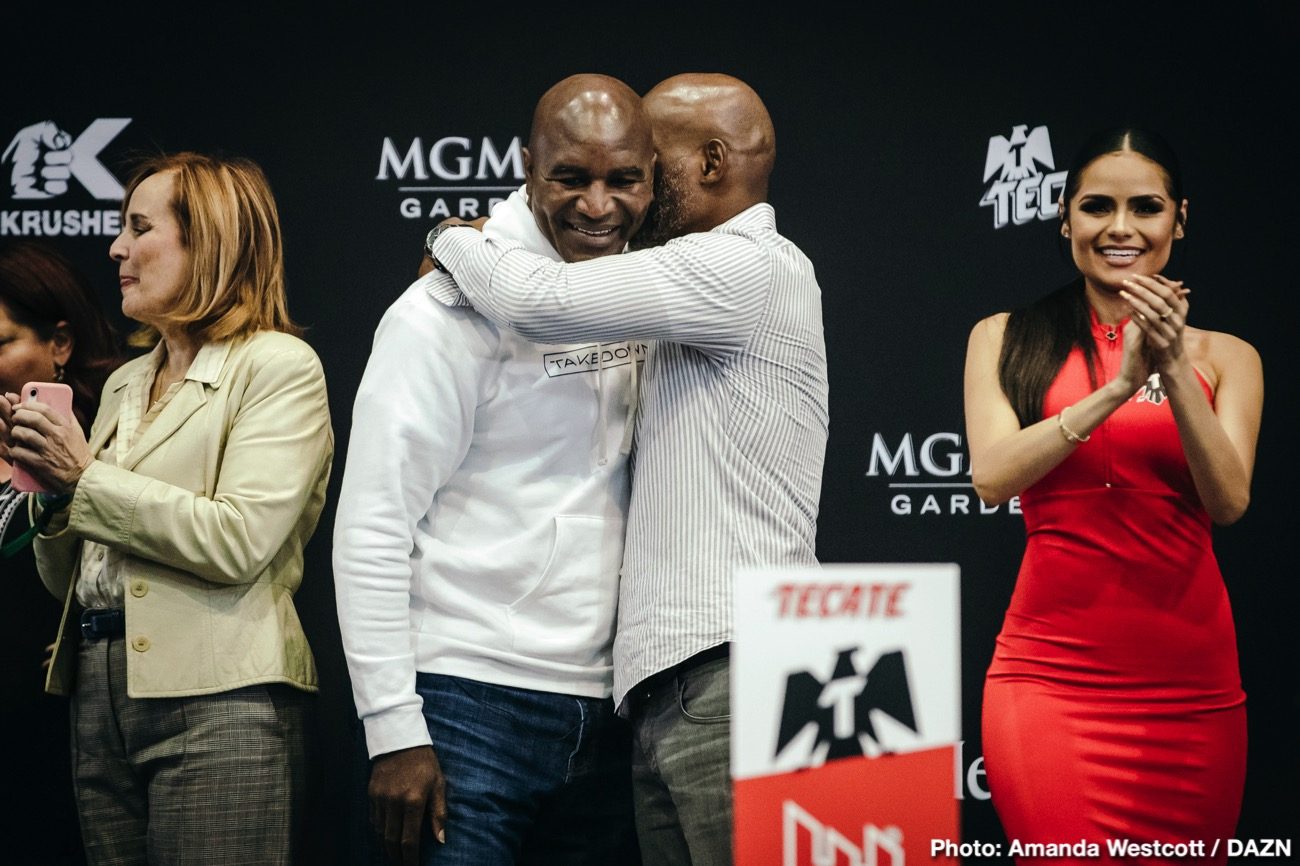 By Sean Jones: Evander Holyfield (44-10-2, 29 KOs) states that he’s coming out of his nine-year retirement to compete in exhibition matches. It’s believed that the money the 57-year-old Holyfield earns will go to charity. If it’s Holyfield will be joining ‘Iron’ Mike Tyson in taking part in exhibition fights for charity.

There will be a lot of interest from fans in a trilogy match Holyfield and Mike Tyson. Holyfield holds a 2-0 lead over Tyson from his wins in 1996 and 1997. Despite those fights taking place over 20 years ago, boxing fans would still be thrilled to see them fight again, even in an exhibition match.

Holyfield coming out of retirement

“The Champ is back, I’d like to announce that I will be making a comeback to the ring,” said Holyfield to TMZ.com. “I will be fighting in exhibition matches for a great cause.”

You can’t blame Holyfield for wanting to come back. With his popularity, talent, and the absence of big stars in this era, he can make money doing exhibition fights.

It’ll be interesting to see if Holyfield gives all the money he makes to charity. If Holyfield makes a massive amount of money, he could be part of a new thing with retired fighters coming out of retirement to put on exhibition matches.

During Holyfield’s long 27-year professional career, he has wins over these fighters:

When Holyfield did move up to heavyweight in 1988, he had much more physical tools that former undisputed cruiserweight champion Oleksander Usyk, who some fans rave about.

Will Lennox Lewis be next?

There’s no word yet about former heavyweight champion Lennox Lewis coming out of retirement to do exhibition matches. Lewis, 54, retired in 2003, and he reportedly has a net worth of $140 million, according to Celebrity Net Worth.

If Lewis were to do exhibition matches, he wouldn’t need to do them for money. Lewis fought Holyfield twice, fighting him to a controversial 12 round draw in their first fight in March 1999 and then beating him by a 12 round decision in their rematch in November of that year.

Tyson wowed fans with a brief video clip of him working out on the mitts at home with a coach. The hand-speed, power, and technique that Tyson showed were out of this world.

There are no heavyweights that fight like that in this era. The skills that Tyson showed on the mitts are lost language. Heavyweights in this era can’t fight like that, and it starts with their trainers. Tyson had a great coach in Cus D’Amato, and Kevin Barry and Teddy Atlas later trained him.