Dillian Whyte vs. Alexander Povetkin will take place without fans

By Charles Brun: Eddie Hearn will be staging the heavyweight match between Alexander Povetkin and Dillian Whyte without fans at a still to be determined date and venue.

The loss of the gate for the fight will need to be made up in some way by Hearn and his Matchroom Boxing company. Hearn already said that they’d reduce the number of fights on the undercards to save money. They’re counting on the pay-per-view numbers from Sky Box Office to make up for the lost revenue from the gate, but will that work?

That may not happen if the fans don’t have the money to order the Whyte vs. Povetkin fight, as it’s not exactly a compelling one. People want to see Povetkin face the elite level guys like Deontay Wilder, Anthony Joshua, and Tyson Fury. Povetkin is a holdover from the past era back when Wladimir Klitschko, Lennox Lewis, and Vitali Klitschko reigned as champions.

Whyte-Povetkin WILL take place without fans

“This comes back to our conversations earlier with the British Boxing Board of Control,” said Hearn to Sky Boxing Show. “A lot of people think it’ll be difficult for these bigger fights to happen behind closed doors.

“I can tell you that Whyte vs. Povetkin is one of those fights that we plan on staging in the year part of the return. It will be behind closed doors. I don’t know how we’ll do it yet, but we’ll do it. We have to come back with a bang,” said Hearn.

Hopefully, Hearn doesn’t take a bath on this one. Staging a fight behind closed doors involving lower-level fighters wouldn’t be a big deal, but it could be for Whyte.

Although he’s not done anything with his career other than giving Anthony Joshua a competitive fight for two rounds in 2015, he’s still been a good ticket seller. Putting Whyte’s fight against Povetkin on pay-per-view during the pandemic could be a risky venture.

This could be a double whammy for Hearn with Whyte losing to Povetkin, and then the fight doing poor pay-per-view numbers. That would be a huge blow for Hearn if Whyte gets thrashed by Povetkin because he’s been grooming him for a title shot for the last four years, and he has nothing to show for it.

If Povetkin crushes Whyte, then it’s going to send him to the back of the line. Who knows how long it’ll take for Whyte to dig his way out from the bottom? It could take another four years.

Whyte is currently 32-years-old and is coming off arguably his worst performance of his career in his 10 round decision win over Marius Wach on December 7. 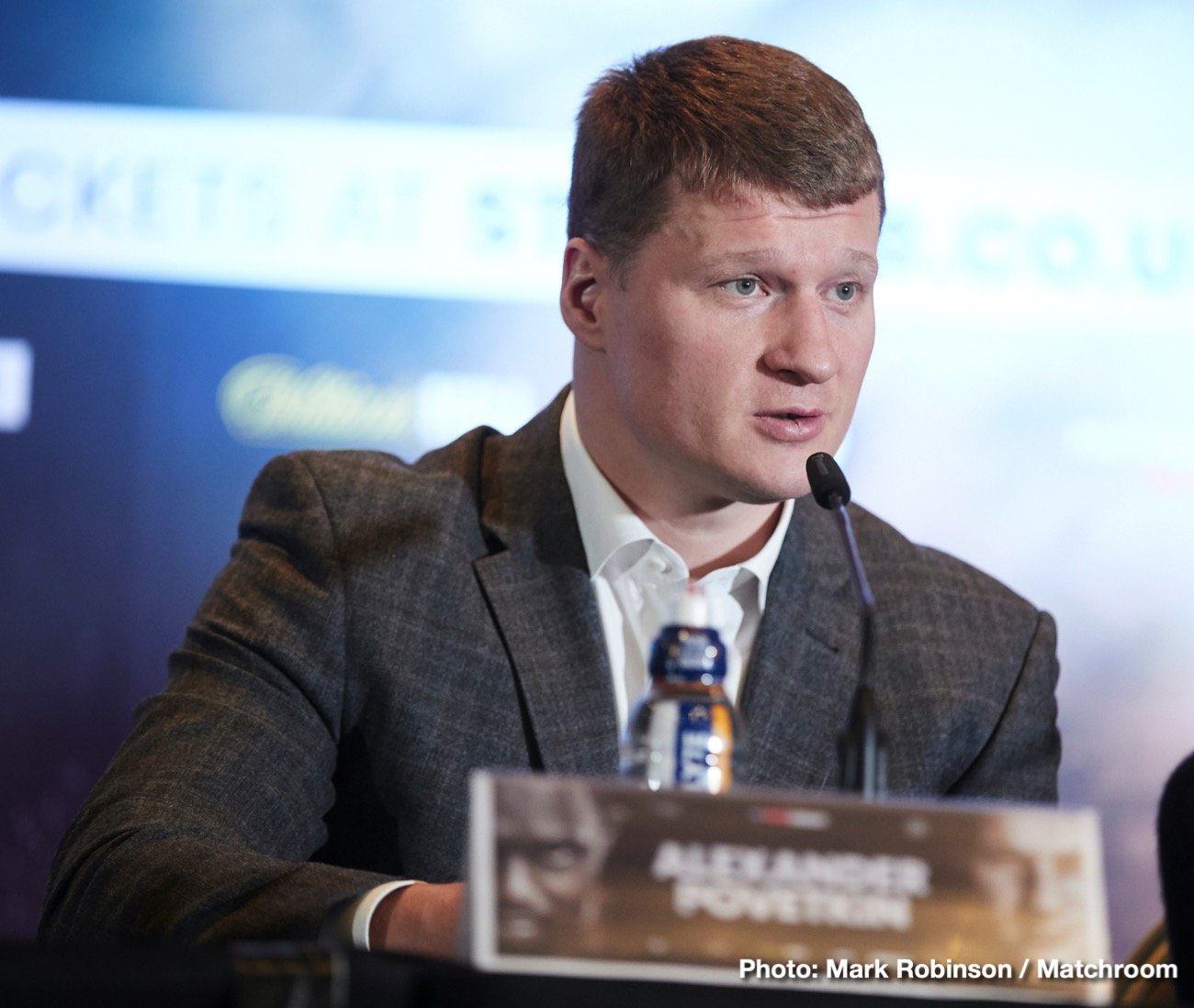 “We’re wondering when we’re going to see Canelo fighting GGG for the third time, and the world has got bigger issues right now,” said Lou DiBella to Seconds Out. “I have no plans. I don’t have a deal with DAZN. Those stupid exclusive deals, which, by the way, didn’t do anything to help the sport.

“Boxing has NOT been in better shape in the last three years than it was previously. Maybe some boxers got richer, and some promoters got super-rich. Some fighters made money that they never ould have made, particularly fighters that had belts and were perceived as being the hottest prospect or hottest young champion.

NEWS:   Dillian Whyte to fight in September in U.S

There will be a lot of upset boxing fans in the States if they don’t get a chance to see Canelo Alvarez and Gennadiy Golovkin meet for their trilogy fight in 2020.

“I have seven fighters, all of whom are prepared to fight competitive fights. So I think my fighters will be ready, willing, and able to fight for reasonable money compared to those who are spoiled.

“And so I’m preparing and contacting my fighters and staying in touch with them. I’m saying, ‘Guys and women, stay in shape; at least in cardiovascular shape and don’t let your weight get out of hand because your opportunities are going to come.’ When things start again, I expect that there’s going to be less preparation time.

Lou has the right kind of guys to take advantage of the situation when the sport restarts. He doesn’t have any of the popular fighters, so it won’t be as tough on them to fight without fans as it will for the superstars like Canelo Alvarez, Anthony Joshua, and Gennadiy Golovkin.

Nothing happening until July

“I’m not going to be at the moment trailblazing to try and figure out economically to make an event happen,” said DiBella. “Right now, I don’t see any evidence that ESPN, DAZN, PBC, or any of the other networks are going to be doing anything in the next couple of months.

“I don’t believe there’s going to be any fights in May or any fights in June. So we’re sixty days away, in my view, for the first comeback on a bigger level. Will we see shows here and there around the world? Yeah, 100 percent, but so what? But we’re going to get out of this. There’s a light at the end of the tunnel.

“It’s going to be like you’re going to see the light, and you’re going to keep walking towards the light. Eventually, we’ll hit that light with some sense of normalcy. We may be walking through that tunnel here, but fighters particularly and people that make a living in our sport,” said DiBella.

If things start clearing up in the U.S. and U.K. with the pandemic by this summer, then we could see some interesting fights. It’s more realistic to assume that it’ll be the mid-level fights that fans see taking place without fans.

Fans not being allowed to attend fights

“This is their primary source of making a living,” said DiBella. “I think we have to be realistic for the sake of our own wellbeing and our lives. The other thing is if we rush back too quickly, and assemble crowds and have to shut down again, we could be in a lot worse shape if we just sat down a little bit longer.

“So I’m keeping an open mind, and I’m not at the moment rushing towards anything. We’re going to get through this. I think a little bit of realism isn’t a bad thing. I’m a little bit tired of the craziness.

“No, we’re not going to come back to the best six months that we’ve had in boxing because everyone is going to want to fight and have the best fights when people aren’t being allowed in the audience,” said DiBella.

Given the expert projections from immunologists that the pandemic could last two more years, you’d have to say that DiBella’s comment about boxing not being back to where it was in the next six months is a conversation estimate. Assuming the pandemic lasts two more years, we may not see the sport the way it was for a LONG time to come.

Boxing can bounce back to a certain degree if the elite level fighters are willing to fight behind closed doors. If they refuse, then they could be sitting out of the ring potentially for years. This will help the less talented fighters make a name for themselves in the absence of the big stars.