By Tim Royner: Anthony Joshua and Tyson Fury will be signing a 2-fight deal, according to promoter Eddie Hearn. Both fighters will need to win their interim fights before they meet up in 2021. WBC heavyweight champion Fury (30-0-1, 21 KOs) has to deal with his trilogy match against the always dangerous Deontay Wilder.

For his part, IBF/WBA/WBO champ Joshua (23-1, 21 KOs) will be defending against his IBF mandatory Kubrat Pulev. While that should be a slamdunk for Joshua, you can’t rule out an upset.

It’s not that surprising that Matchroom Boxing promoter Hearn is talking about a two-fight deal between Joshua and Fury, as fans expected that. Joshua vs. Fury is expected to make loads of money.

What Hearn isn’t saying is what happens with WBC mandatory Dillian Whyte. He’s supposed to be getting his mandated title shot in the first half of 2021.

It’s a bit early for Hearn to be discussing making a deal between Fury and Joshua right now. It’s not a dead certainty that Joshua will defeat Pulev (28-1, 14 KOs) in their next fight. We already witnessed Joshua fall apart last year against replacement opponent Andy Ruiz Jr. in losing by a seventh-round knockout.

In their rematch last December, Joshua looked timid, vulnerable, and a mere shell of himself in winning a dull 12 round decision against a grossly overweight 283-pound Ruiz Jr. 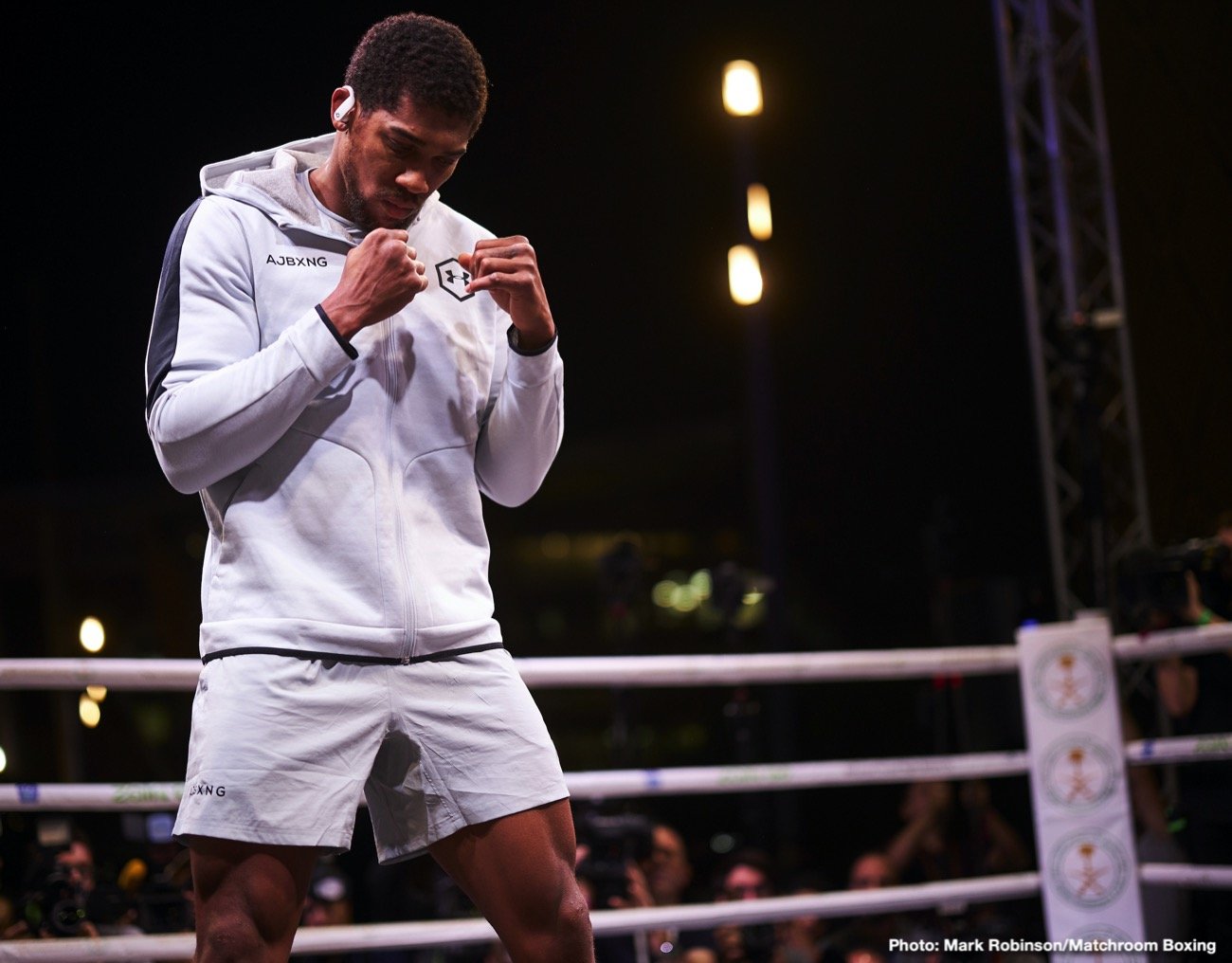 “It would probably be a two-fight deal,” Eddie Hearn said to Sky Sports. “Any deal between Fury and AJ, you run it twice. It is not a condition of the deal, but it was in their deal with Deontay Wilder, and it is the biggest fight in boxing, so you will likely see that twice. We have no problem signing now to fight Fury in 2021,” said Hearn.

The real question is, where will Hearn stage the two Joshua-Fury fights? If crowds aren’t allowed to attend fights in the UK due to the pandemic, where is Hearn going to take those matches? Joshua said he would be willing to fight Fury behind closed doors, but that’s probably not going to happen.

Hearn will need to search the world for a country that has lax rules about crowds, and they’ll need to come up with a considerable site fee.

If Fury vs. Joshua makes huge money like many believe to be the case, it wouldn’t be a tremendous shock to see them fight three consecutive times. It’s not as if there anyone else that the fans want to see the two of them fight.

If Fury beats Wilder in their trilogy fight in 2020, then that leaves no one interesting for Joshua to fight other than Whyte, Oleksandr Usyk, and Daniel Dubois.

Joshua must first defend his IBF, WBA and WBO titles against Kubrat Pulev while Wilder is entitled to a third WBC championship fight with Fury.

“Wilder is NOT going to be stepping aside so [Pulev] is the fight for us,” Hearn said on ‘The Bronze Bomber’ not stepping out of the way for the Joshua vs. Fury fight to take place first.

“I had a conversation saying: ‘Wilder is not stepping aside, we will take care of that fight, you take care of the Pulev fight, but let’s get a deal done for 2021.”

Wilder might step aside if they throw enough money at him. However, it’s not a good sign that Fury is already refusing to pay Wilder a step aside. He thinks he can beat Wilder again, but if he’s wrong, it’s going to be pie in his face.

« Canelo Alvarez may need to fight behind closed doors in 2020