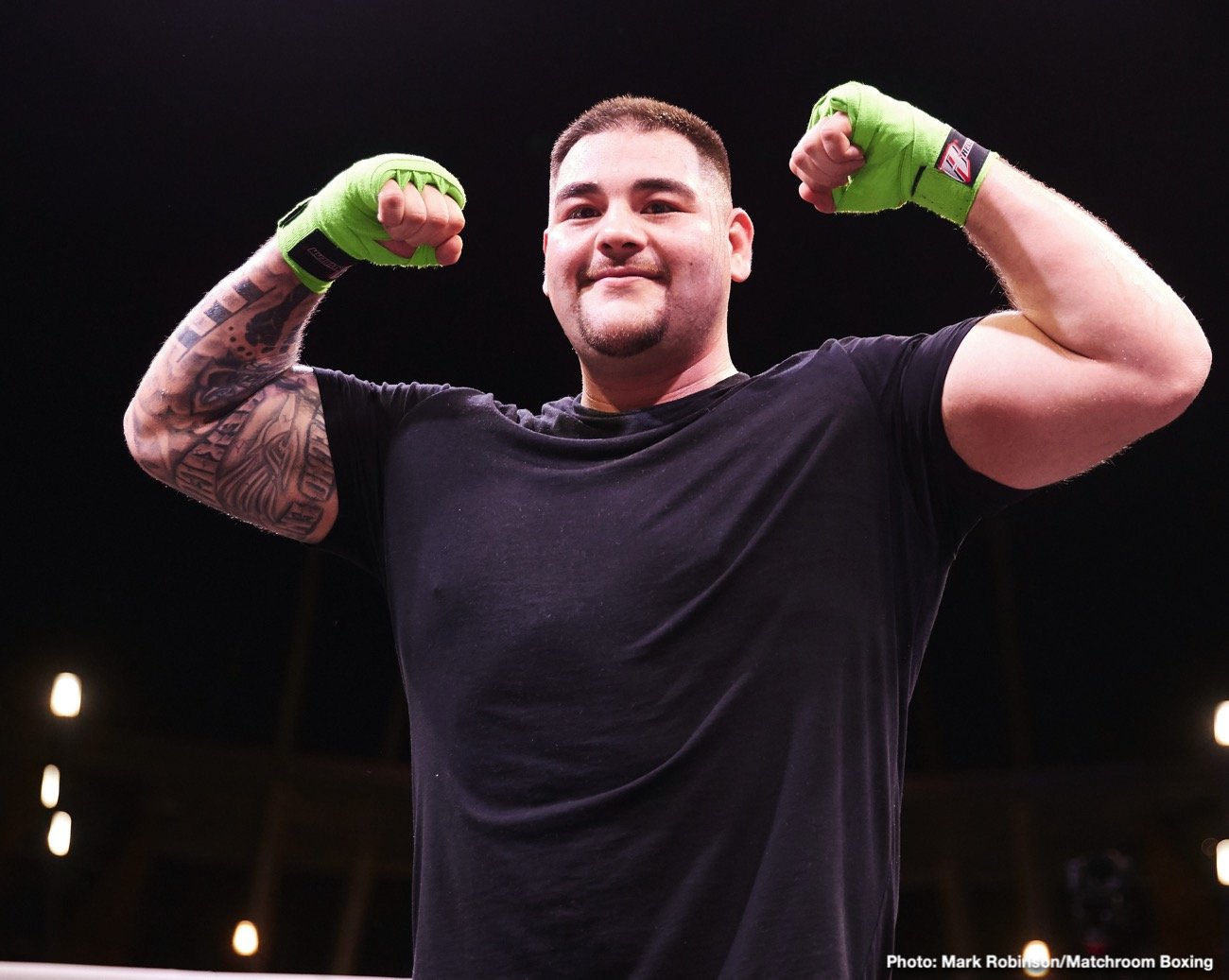 By Aragon Garcia: Mikey Garcia and Jose Ramirez both believe that former IBF/WBA/WBO heavyweight champion Andy Ruiz Jr. is making an excellent move in choosing to be trained by Eddy Reynoso.

It’s not that they felt that Ruiz’s former trainer Manny Robles as a lousy coach. They believe that Ruiz Jr. (33-2, 22 KOs) was at a point in his career where he needed a change after his heartbreaking loss to Anthony Joshua last December in Saudi.

Ruiz, 31, needed a new voice in training camp to get him to work hard to get in top shape, according to Mikey. With Ruiz picking Reynoso, he’ll be joining Canelo Alvarez, Luis Nery, Oscar Valdez, and Ryan Garcia to train alongside guys.

We’ll see if this is an excellent longterm fit for Ruiz Jr. in switching to Reynoso. If nothing else, it should work to Ruiz’s benefit initially when he first starts training with Reynoso. But if Ruiz can’t fight through his laziness, we could see him fall back into his old pattern before long.

In that case, Ruiz may need to move on again in search of another trainer that can temporarily instill some discipline in his game. It would be disappointing if we see Ruiz playing a game of musical chairs, constantly switching out trainers when he can’t muster up the motivation to train hard. 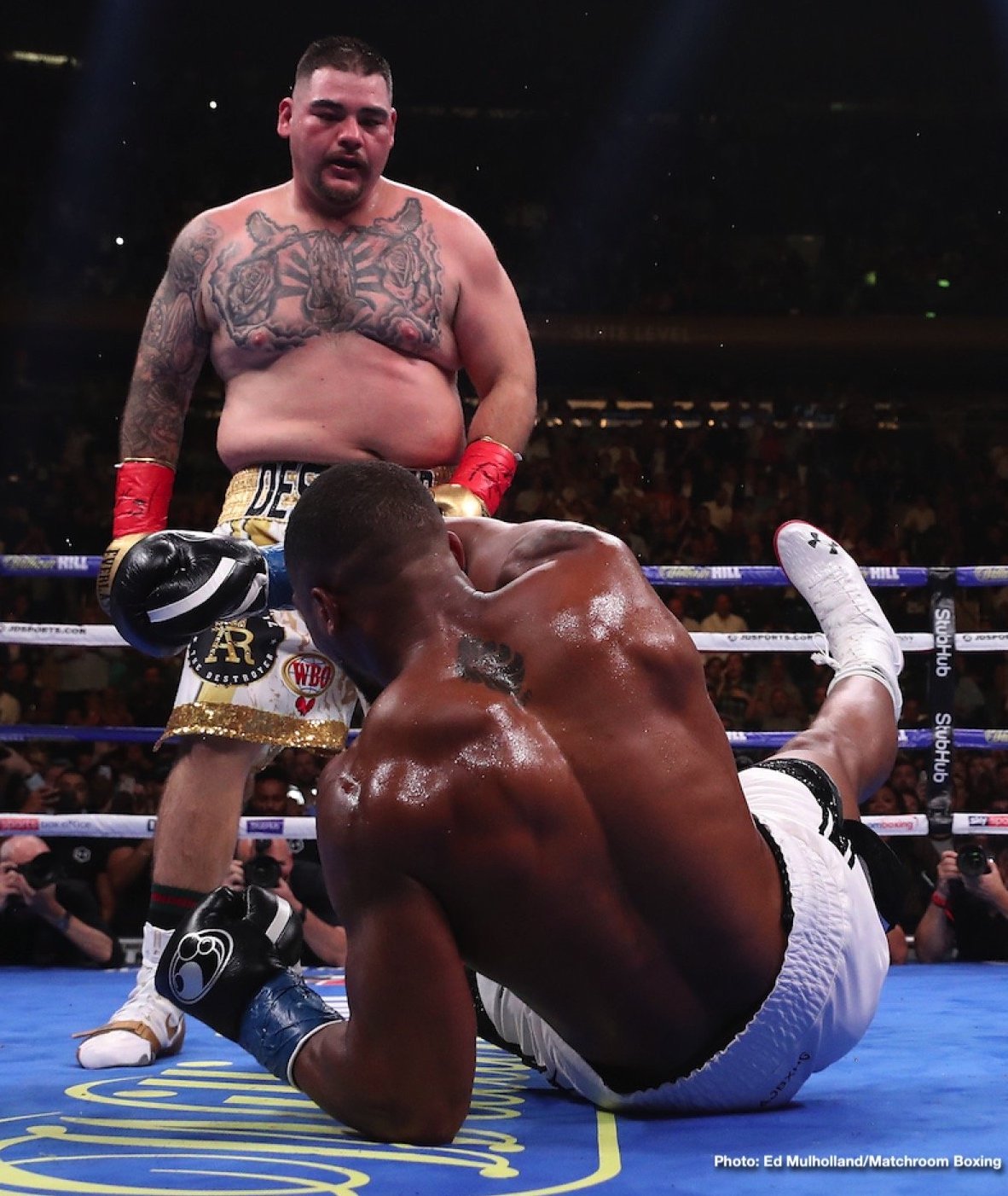 The discipline needed by Ruiz

“The reason for the move wasn’t because he lacked a trainer,” said Mikey Garcia to Fighthype on Andy Ruiz Jr. moving to Reynoso. “I just think he needed somebody else to straighten him out to get him to train. He might have had too much of a friendship with Manny [Robles] and got a little too complacent or whatever.

“‘I just need to work out a little.’ That sometimes happens when a fighter gets a little bit too comfortable with his trainer. So maybe that’s what he needed for him to go to the Reynoso camp. But also the Reynoso camp is excellent.

“In this case, I think Andy needed another voice to get him to do the things to get in shape. I know that Manny is a perfect trainer too, and I think it’s unfair for people to believe that he left Manny because he’s not good enough.

“He admitted himself that he didn’t train enough. It’s not the trainer’s fault if the fighter doesn’t train. It’s the fighter’s fault, and that’s why I felt that he [Ruiz] needed someone else,” said Mikey.

Andy failed to understand that a significant portion of Joshua’ s gameplan was for him to hold so he could nullify his offense. Ruiz shouldn’t have let him get away with that because he could have still won the fight even with him being out of shape.

Ruiz has the speed to excel

“What Andy lacked was him being disciplined enough and his team being strict enough to keep him on his toes,” said Jose Ramirez. “Canelo and Reynoso, they take it very seriously. I’m sure it’ll be a good move.

“I think Andy has what a heavyweight needs, and his speed allows him to throw hooks at a short distance and throw three and four-punch combinations. A lot of heavyweights fight at a distance, and they throw a one-two, jab, and a very long hook. When Andy closes the distance, he has outstanding speed to beat the other guy to the punch. When he throws that short hook, it’s faster,” said Ramirez.

“All he needs is to be in shape for him to be a serious contender and win and possibly win another world title in a third match,” said Mikey on Ruiz. “If they do a third match [between Ruiz and Joshua] and he’s in shape, then I got Andy winning.”

Ruiz Jr. has the hand speed to defeat Joshua in their trilogy match, but he’ll need to improve at cutting off the ring. Joshua will use movement in the third fight with Ruiz because it worked last December for him.  Unless Ruiz can prove that Joshua won’t be safe by running, he’s going to continue to do that round after round.

Joshua was overly cautious against Ruiz

“In his last match, even though he [Ruiz] wasn’t in shape, Anthony Joshua seemed to be overly cautious,” said Ramirez in talking about the Ruiz-Joshua rematch last December. “I saw an Anthony Joshua that was overly cautious. I would have liked to have seen him [Joshua] throw better rhythm.

“He did outbox him, but there were points where he was running when it was unnecessary. Andy was four feet away, and he was still heading back and wasting energy. So those were some things I wasn’t a big fan of watching Anthony Joshua do those things. But he knows that Andy Ruiz hits hard,” said Ramirez.

Joshua (23-1, 21 KOs) looked shell-shocked throughout the second fight with Ruiz. Even though Joshua, 29, did outbox Ruiz, he looked like he was scared each time Andy would come forward. If Ruiz were in better shape, he would have had an excellent chance of winning the fight. When Ruiz did engage, he was landing well, but he wasn’t throwing as many combinations.

Also, Ruiz let Joshua continually tie him up in a clinch when he would get inside. That’s something that Ruiz should have been better prepared for because Joshua had already used that tactic in his fight with Joseph Parker.

Instead of Ruiz just giving up when Joshua would hold him, he should have kept throwing punches to get him to think twice about holding. There’s no rule that a fighter has to stop throwing punches when they’re being held. Ruiz made the mistake of being too passive when he was held, and he seemed to think that Joshua would only hold occasionally. 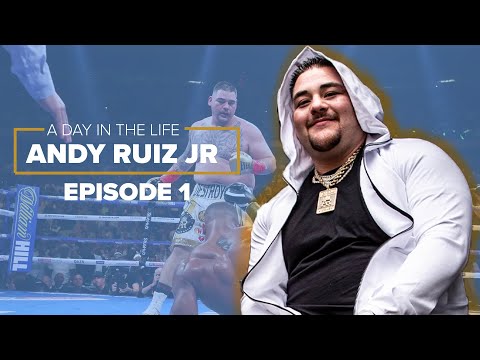 Whyte should be fighting Fury, NOT Wilder – Ricky Hatton »