Lopez, 22, did his part in showing that he’s an elite fighter by stopping Commey (29-3, 26 KOs) in the second round on December 14 at Madison Square Garden in New York. Lopez is now ready to fight Lomachenko for all the marbles for the undisputed 135-pound championship as soon as boxing as restarted.

They were supposed to fight on the 30th of May, but the global pandemic altered those plans. Top Rank is waiting for the local government in New York and the Commission to say when sporting events will be permitted to continue. Ideally, we could see Lopez and Lomachenko fighting in the summer or just after.

“When he knocked out Richard Commey,” said Arum to Fighthype when asked when he decided to match Teofimo with Lomachenko. “The truth is, we weren’t going to put him in with Lomachenko and waste everyone’s time if he didn’t show himself to be an elite fighter.

“And the only way he could show himself to be an elite fighter is to fight a champion like Commey, who looked tremendous in his previous fights. That’s what he did. He [Teofimo] went out, and he wasn’t the favorite. He got in Commey’s face, and he knocked him out, and he demonstrated that he belongs.

Lopez emphatically beat Commey in knocking him out in the 2nd round last December in front of a big crowd at Madison Square Garden. While Arum is now labeling Teofimo as having achieved elite-level status, there are various degrees of being an elite fighter.

Lomachenko, 32, is at the highest perch as a super talented fighter, and Teofimo needs to show if he’s capable of reaching that level. Commy is a good fighter, but no one would call him an elite level guy.

Beating Lomachenko will turn Teofimo into a star

“I don’t do the fighting. It’s a competitive fight now,” said Arum when asked if Teofimo can beat Lomachenko. “What’s the worst that can happen. Loma does a number on Lopez and beats Lopez. But Lopez will go out on his shield, and it won’t diminish his popularity.

“And now they’ll have to demonstrate in the ring who is the superior fighter. Lopez, his big strength is his knockout power. So you figure that if he wins the fight, it’ll be by a knockout. But Loma has been able to knock out most of his opponents. So he can win by knockout.

“If the fight goes the distance, it’s clear that Lomachenko is the more skilled technician. So you have to figure to favor him in a match that goes the distance. But Lopez is a pretty good boxer himself,” said Arum.

Lopez will become a more prominent name if he beats Lomachenko, but he’ll have a lot to prove when he moves up to 140. He plans on going up to light-welterweight after he faces Lomachenko.

The sport gains if Lomchenko vs. Teofimo is competitive

“That’s what people look at. People look at a fight as ‘has it delivered the goods and has it lived up to its hype? If the answer is ‘yes,’ then people are satisfied, whoever wins the fight. As far as what HBO feels or doesn’t feel, they’re out of the boxing business, and maybe it was for a reason.

“Again, it doesn’t matter who wins the fight as far as the popularity of boxing. It depends on whether it’s a good fight and whether it’s delivered the goods. We always look for the best Loma.

“He’s a real professional, and he always brings his best. I don’t think talk is going to necessarily mean anything as far as his performance for better or for worse. Loma is a true professional,” said Arum in talking about the Lomachenko vs. Teofimo fight.

It won’t look good for Lopez if he beats Lomachenko by a controversial decision or stoppage. Likewise, Lomachenko must defeat Lopez by a conclusive victory.

A lot of boxing fans would agree that it would be better for the sport if the American Lopez wins rather than Lomachenko. Lopez already has a big fan base, and he has a lot of charisma. On top of that, Lopez’s slugging style makes him a fan-friendly fighter to watch.

In comparison, Lomachenko doesn’t have a huge fan base in the U.S, and he struggles with English. He doesn’t score a lot of impressive knockouts. When Lomachenko does stop an opponents, it’s usually by them quitting. 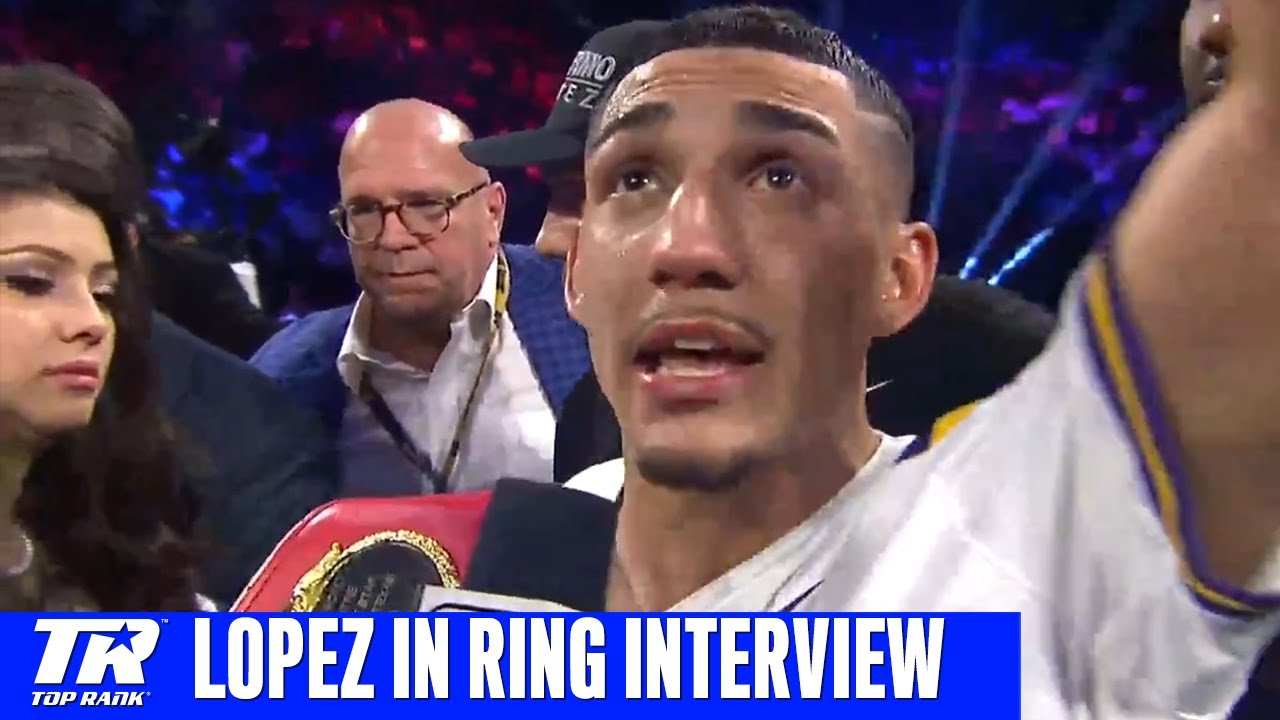