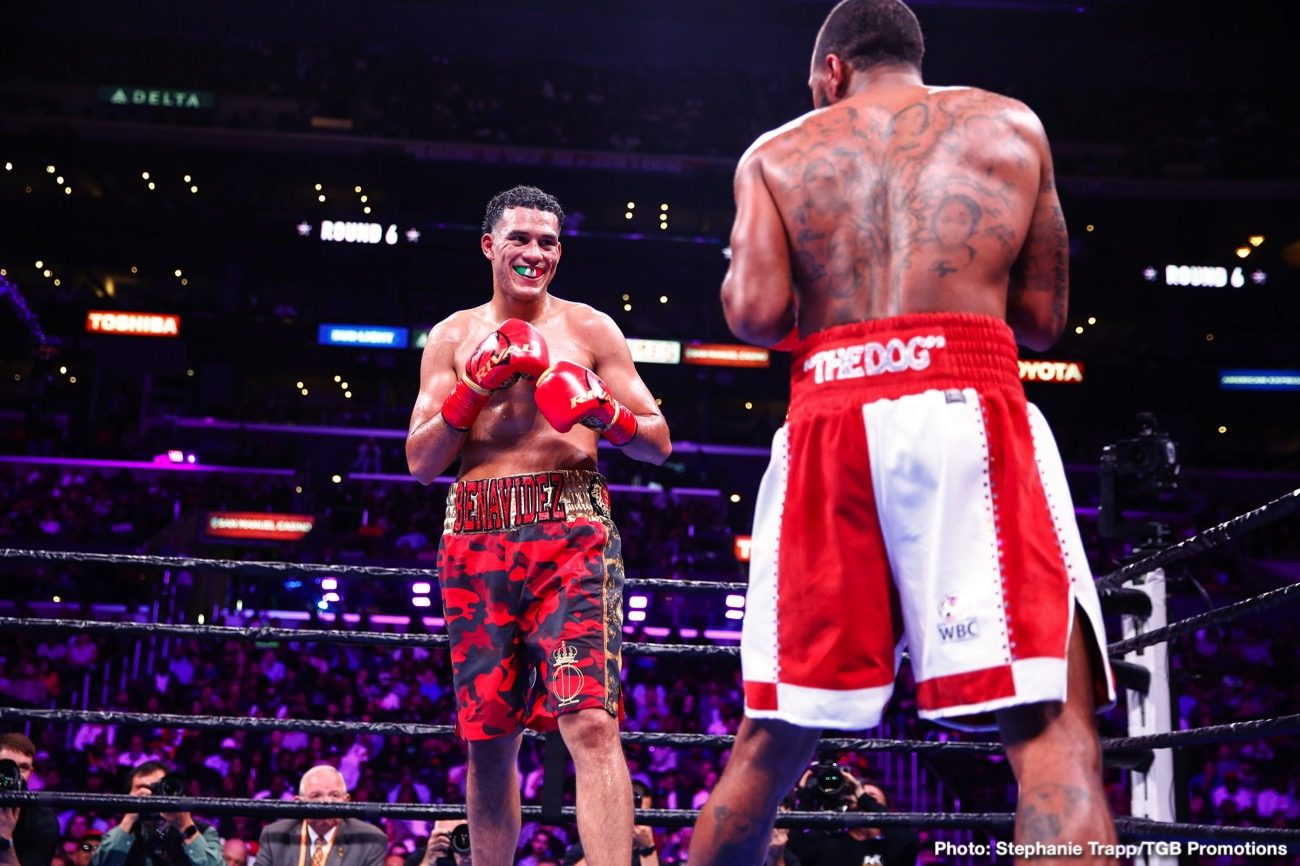 By Sean Jones: Jermall Charlo shouldn’t move up to 168 and take on WBC champion David Benavidez right away, according to Abner Mares. He thinks Charlo (30-0, 22 KOs) should take his time before he takes on a monster like the 6’2″ Benavidez because it’s too big of a step up for him.

Charlo revealed this week that he plans on moving up to 168, and he’s interested in taking on Benavidez right away. He wants to rip his WBC title away from him.

Benavidez should fight Plant, NOT Canelo

“David Benavidez, I would give him a chance against Canelo, which I hope they don’t because David still has a lot of growing to do,” said Mares to AB Boxing News. “He’s one of my favorite fighters.

“I think he’s ready and could give Canelo a good fight and could possibly beat him, but I don’t think that’s the route he should take right now. He should take it fight by fight. I hope that he takes on Caleb Plant. A fight between Benavidez and Plant, I would pay any amount of money for that fight.

“He’s a big boy, man,” said Mares on the 6’2″ Benavidez. “I think he can. He could give him [Canelo] a tough fight, but I don’t think it’s the right time. I think Caleb Plant makes more sense [for Benavidez].

That’s a for sure should happen fight. Caleb Plant is a good fighter, and he showed me a lot in his last two or three fights. He’s progressed, and he’s a fighter that’s still learning,” said Mares.

A fight against Plant is a good one as well for Benavidez, and it’s more realistic in the future. Plant and Benavidez have been trash-talking back and forth for a while now, and it’ll be good to see them finally square off. 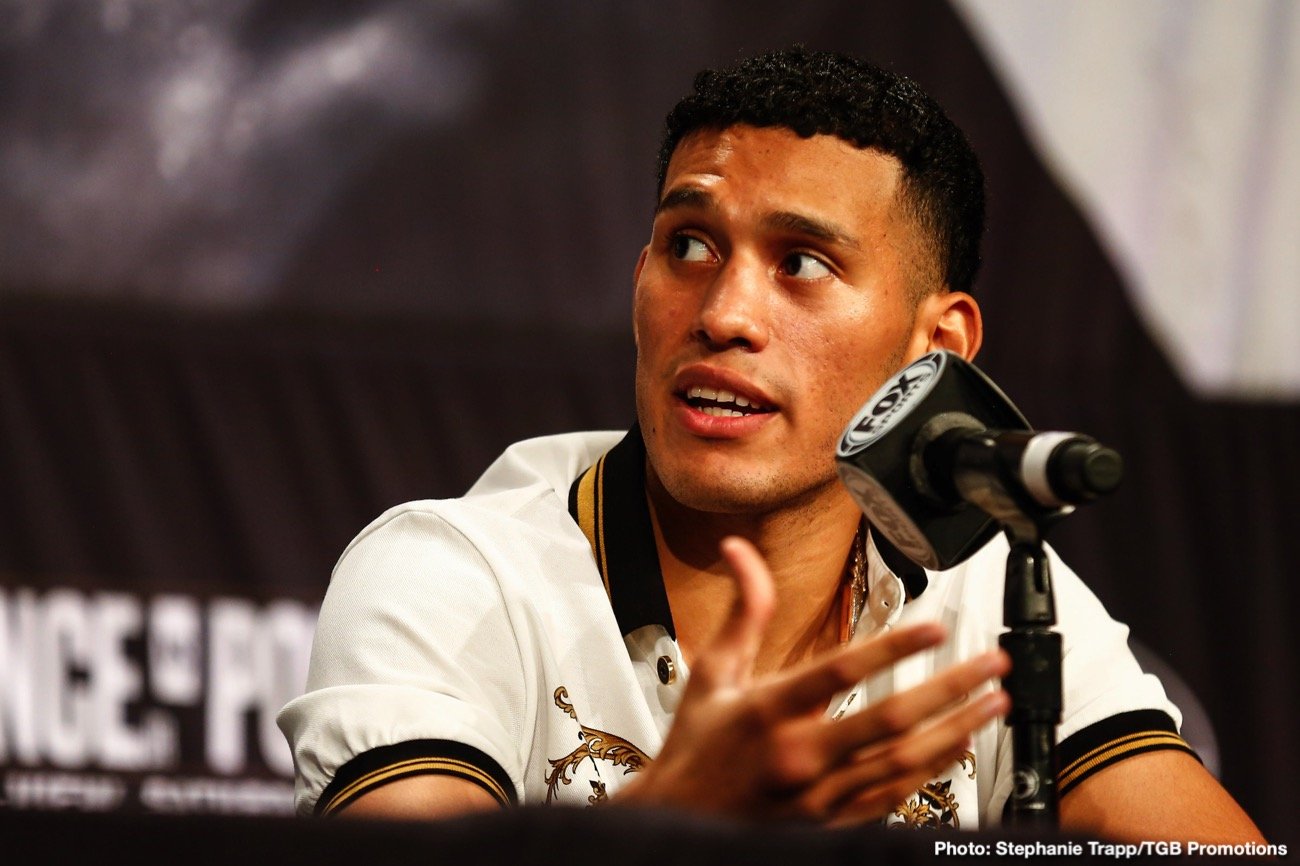 “Benavidez,” said Mares when asked what his thoughts are on a fight between Benavidez and Jermall Charlo. “Yeah, I think so [Benavidez beats Charlo]. I think it’s too early for him [Charlo] to move up. I think there are still some names left there [at middleweight]. It’s not the right move.

“Benavidez is a monster, bro. He’ll break you. He’s a beast, and he can hit with both hands. If he built himself into that weight class, I could see it,” said Mares when asked of Jermall can become a factor at 168.

“Yeah, against Benavidez, I don’t like it. I like the names. They’ll sell this, and it’ll be a good fight, don’t get me wrong. But Benavidez all day, I think. I don’t see it happening anytime soon. He’s [Charlo] got to work his way up,” said Mares.

Jermall Charlo is ready to take on Benavidez or any of the fighters at 168. Look at Benavidez’s record. It’s littered with beatable guys, and he didn’t look good in his two fights against Ronald Gavril. Benavidez has problems when his opponents hit him back with shots. He can dish it put, but he can’t take it too well.

“I want Leo Santa Cruz again. That’s a fight,” said Mares. “Despite losing twice against him, people still know I can beat Leo Santa Cruz. I like Devin Haney and even Ryan Garcia. That’s a good fight. I think it’s almost impossible. He’s a young up and comer, and he has his future ahead. I want Oscar Valdez for sure and [Miguel] Berchelt or even Jo Jo Diaz. I think Jo Jo Diaz here in LA would be fireworks.

What the former three-division world champion Mares (31-3-1, 15 KOs) has going against him is both his age and his activity. Mares hasn’t fought in two years in June 2018 in a one-sided 12 round decision loss to Leo Santa Cruz. Mares says he doesn’t want to take a tune-up before facing one of the big names, but he could be making a mistake if he doesn’t.

The last win for Mares over a credible opponent was in 2014 when he beat  Jonathan Oquendo. Since then, Mares has been either losing or defeating lesser opposition. For Mares to be talking of wanting to fight Haney, Santa Cruz, Berchelt, and Ryan Garcia, he’s asking for trouble. Mares isn’t ready for that type of competition given his four years of fighting part-time.

“When your a defensive fighter like he is, I don’t think it’s dangerous,” said Mares when asked if Gary Russell Jr. is taking a risk in moving up two weight classes from 126 to 135. “I think it would be more dangerous for Leo Santa Cruz and myself.

“A guy that just comes forward and takes punches to give punches [would be taking a risk in moving up two weight classes]. But a guy like Gary Russell, I think it fits him good because he’s a defensive fighter, he moves a lot, and he’s fast, and he has the body.

“Devin Haney would be a perfect fight for him. People still have their doubts about Gary Russell. He’s a talented fighter, no doubt, but he fights only once in two years. He needs to stay more active and get these big fights,” said Mares.

Gary Russell Jr. has the experience and the hand speed to take on WBC lightweight champion Devin Haney. What Russell Jr. lacks is size and power. Like Mares Russell Jr. has been fighting part-time for a number of years, and it’s unclear if he’ll be able to hang with Haney or any of the other lightweights he has his eyes on. 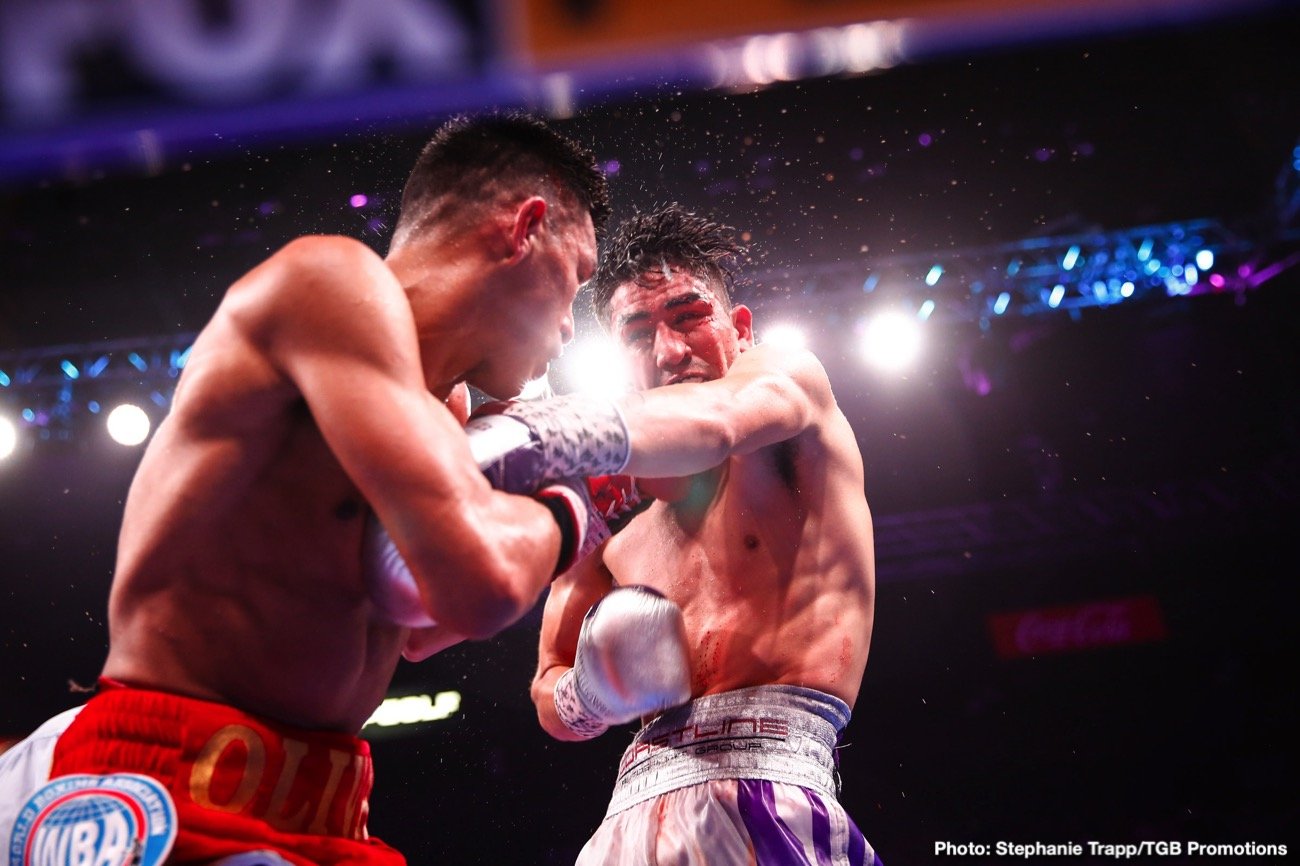 “If I’m Leo Santa Cruz, I will make it at a catchweight,” said Mares about a battle between Gervonta Davis and Santa Cruz. “If Leo can make Tank drop to 130, he’s got a significant advantage, Leo does. This guy would have to dehydrate himself to 130, and knowing his training habits; it’s a substantial advantage for Leo.

“He’s a workman. He works you round by round, and he can eventually tire Tank Davis down. But I see it at a catchweight. I don’t wish, and I don’t hope it’s at 135 because right there, Leo has a 100% disadvantage.

“I made my name already, and I want to fight the top guys out there,” said Mares.

Santa Cruz might not get the catchweight that he wants for the Tank Davis fight. Further, Santa Cruz’s tough talk about Tank needing to come down to 130 to fight him could prove to be a waste of breath. Tank is barely making 135, let alone 130.