Canelo vs. Golovkin 3: DAZN needs to FORCE this fight to happen in 2021

By Barry Holbrook: DAZN is in a weak position right now with Canelo Alvarez and Gennadiy Golovkin delaying their eventual trilogy clash between them.

The streaming giant has invested massive money in contracts to the famous Mexican star Canelo (53-1-2, 36 KOs) and former undefeated middleweight KO artist Golovkin (40-1-1, 35 KOs) and it’s turned out to be a poor cash investment.

DAZN must push Canelo and Golovkin to fight

Should DAZN put more pressure on Canelo and Golovkin to face each other so that they can bring back their subscribers? That’s up to DAZN to determine whether they want to try and pressure the two seemingly reluctant stars to fight it out in a third clash. Ideally, DAZN shouldn’t even have to do that.

Canelo and Golovkin should be fighting each other because they know that’s the match-up that DAZN and the fans want to see. They don’t want to see Canelo facing WBO super middleweight champion Billy Joe Saunders, and likewise, they have zero interest in watching Glovkin defend his IBF middleweight belt against Kamil Szeremeta.

After two years, Canelo and Golovkin are no closer to fighting each other again than they were before DAZN inked them to expensive contracts. It’s debatable which of the two fighters started the delaying tactics.

With both Canelo and Golovkin getting big money for each fight on their contracts with DAZN, they have nothing to lose if one of them gets beaten in their third fight. They’re still going to continue to make lots of money each time they compete for the remainder of their contracts. It’s not as if their pay will drop off if they lose.

This week, Golovkin’s trainer Johnathon Banks announced that he WON’T be facing Canelo in September, as he’ll be defending his IBF middleweight title against his mandatory Kamil Szeremeta and then taking another fight after that. Banks isn’t saying who the opponent will be for GGG after he faces Szeremeta, but it’ll likely be one of the contenders in the International Boxing Federation’s top 15.

Given that Banks was dead set against Golovkin facing Sergiy Derevyanchenko last October, it’s predictable that he won’t be meeting him in a rematch. I mean, Golovkin SHOULD fight Derevyanchenko again, since many fans in the boxing world thought he lost that fight.

Indeed, the fans that were in attendance in the Golovkin-Derevyanchenko fight last October at Madison Square Garden in New York thought Derevyanchenko deserved the win. The fans booed Golovkin from the moment the results were announced until he left the building.

Supporters view the Golovkin vs. Szeremeta fight as a tremendous mismatch. More importantly, it’s one that will likely attract a few subscribers to DAZN.

With the controversy surrounding the first two contests between Canelo and Golovkin, they both need to square off so that the better fighter can be determined.

Right now, the DAZN needs Canelo and Golovkin to fight each other, as the streaming giant has lost many of the subscribers that they had attracted in the last year due to the pandemic that has shut down the sport. Whether Golovkin or Canelo realize it or not, it’s crucial for them to face each other to ensure that DAZN can bring back the fan.

It doesn’t help Canelo, Golovkin, or boxing if DAZN goes out of the boxing business. Whether those care or not about what happens to DAZN is unknown. They both have made a tremendous amount of money in their respective careers, and perhaps it won’t matter what happens with DAZN. You’d like to think that Canelo and GGG would want to fight each other next to be team players to help DAZN bring back subscribers.

Some believe that Canelo is the one that began the feet-dragging by electing not to face Golovkin in a third fight in 2018 after beating him by a controversial 12 round decision in September 2018.

It was thought that when Canelo signed with a massive 11-fight, $365 million contract with DAZN, he would have the motivation to fight the best. As things have gone thus far, Canelo has fought mostly weak opponents in filler-level fights that were dull and non-competitive.

While Kovalev an excellent fighter in his day, he’s now well past his prime and no longer one of the best at 175. It looked weak on Canelo’s part to move up to 175 to face Kovalev rather than the #1 guy IBF/WBC light heavyweight champion Artur Beterbiev.

Did Canelo feel any guilt before facing Kovalev? When you know you’re getting paid MASSIVE money by DAZN, wouldn’t you want to take on the best at 175 rather than the worst champion? The same applies for Canelo’s fight against former WBA ‘regular’ super middleweight champion Rocky Fielding in 2018.

Canelo could have taken on one of the best champions in the 168-pound weight class in Callum Smith, David Benavidez, or Caleb Plant, but instead, he fought what many boing fans view as the weakest in Fielding.

Rather than face Golovkin a third time, Canelo took a soft fight against Rocky Fielding in December 2018. Two matches later, Canelo is still arguably milking his contract with DAZN in fighting over-the-hill guys like Sergey Kovalev and going after the weakest link among the 168-lb champions in Billy Joe Saunders.

For a lot of boxing fans, it’s hard to identify with the way that Canelo and Golovkin are choosing not to face each other. Fans would want to make DAZN happy by giving them the fight that they’re asking for rather than stringing it out endlessly far into the future.

Golovkin will be turning 40 in early 2021, and he’s not looking like the young fighter he once. Taking tune-up fights at this point is a waste of time for GGG. Those tune-ups aren’t the equivalent of the Found of Youth that Golovkin needs. Golovkin won’t bring back his lost youth taking a tune-up against little known Szeremeta or one of the bottom feeders in the middleweight division’s top 15.

Putting off the Canelo will ultimately work against Golovkin because he’ll be a year older. It doesn’t matter if GGG destroys his next two tune-up fights, he’ll still be a year older when or if he faces Canelo in 2021. Golovkin looked terrible in his last fight against Derevyanchenko. After that performance, Golovkin needs to redeem himself against that fighter rather than defending the IBF belt, which fans feel he doesn’t deserve. 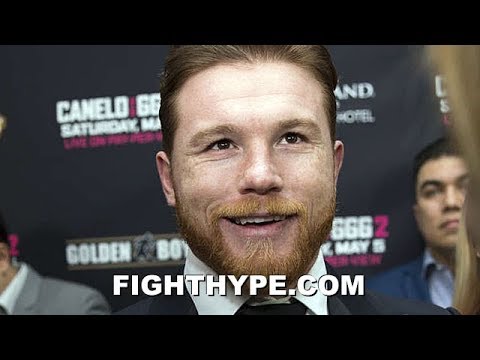 
« David Haye: I’ll come out of retirement for Joshua-Fury winner