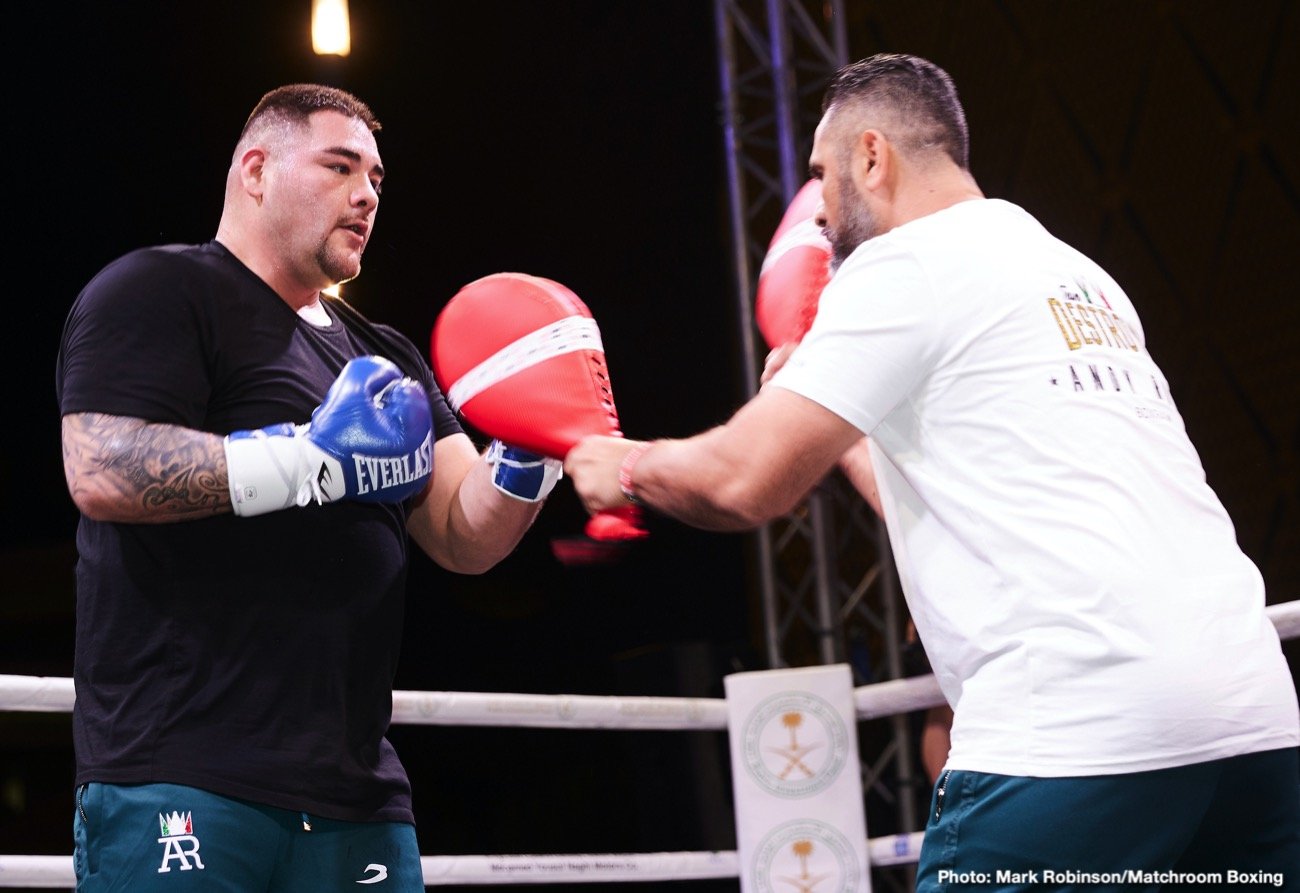 By Charles Brun: Andy Ruiz Jr. posted on social media that he was NEVER given a $5 million offer to fight Dillian Whyte and that the British heavyweight is lying the offer.

Ruiz says Whyte (27-1, 18 KOs) is just “clout chasing” with him talking about offering him $5 million, which is the same amount he got to face Anthony Joshua in their first contest.

After learning about Ruiz denying he was offered $5 million, Whyte said he’ll post a copy of the e-mail offer from his promoter Eddie Hearn on Monday. Whyte, 32, says he can’t post the e-mail right now because he dropped his cellphone and cracked it.

It’s hard to imagine former IBF/WBA/WBO heavyweight champion Ruiz Jr. (33-2, 22 KOs) turning down $5 million to fight Whyte, as that’s a lot of money for a non-title fight. Moreover, Ruiz Jr. has the hand speed, combination punching, and the power to beat Whyte.

When Ruiz is in shape, he’s hard to beat. You can argue that Ruiz has never been beaten when he’s been in top form for a fight. Before Ruiz’s recent loss to Joshua last December, his only other defeat was a controversial 12 round decision by Joseph Parker in December 2016 in New Zealand.

The fight took place in Parker’s home country, and a lot of boxing fans had Ruiz easily winning that fight. This writer had Ruiz winning ten rounds to 2. He was too fast for Parker.

NEWS:   Jermaine Franklin wants to KO Dillian Whyte with an uppercut on Saturday 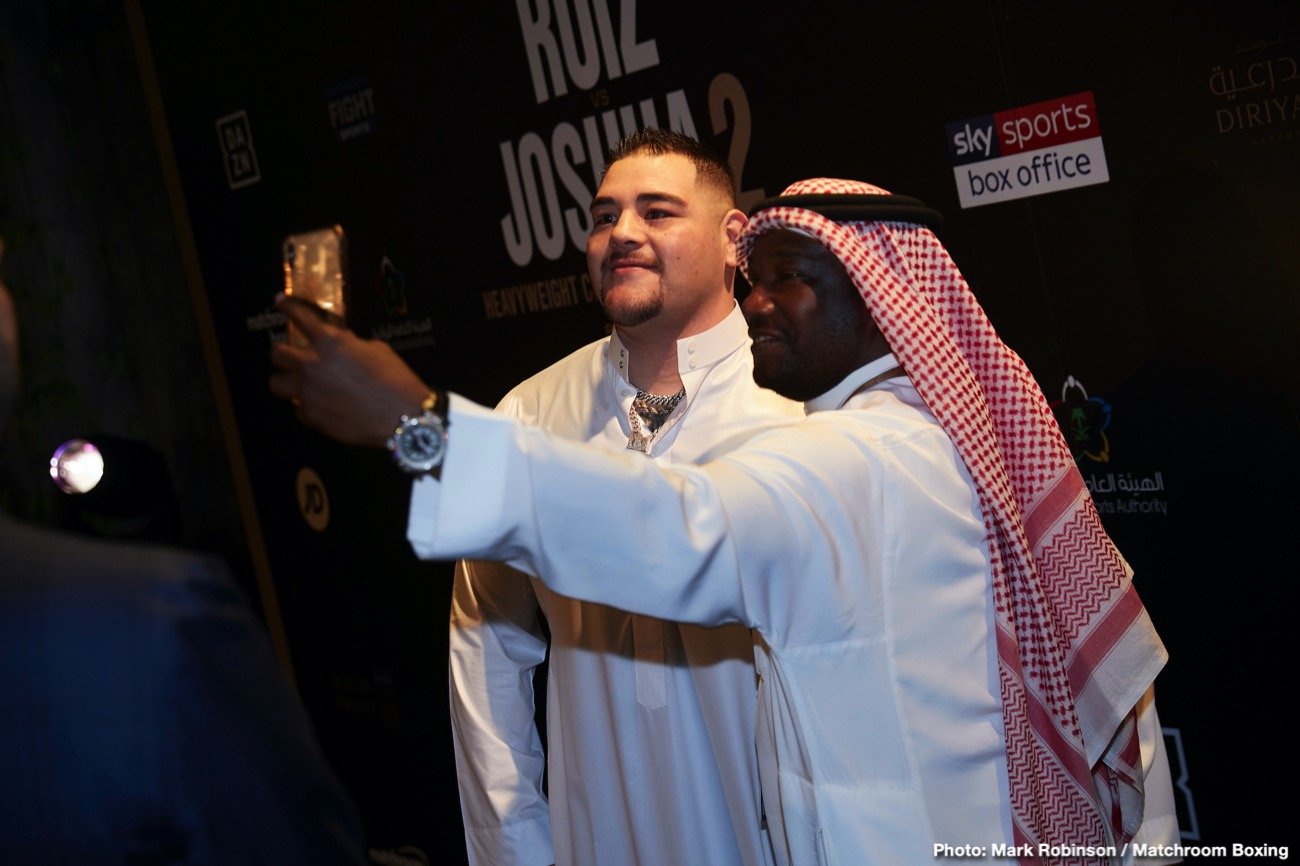 “I’ll take a copy of it and post it, and then you will see,” said Whyte in talking about having proof of the $5 million offer made to Ruiz.

“I don’t just talk rubbish. I talk about facts. Hopefully, my phone gets fixed tomorrow, and then I’ll post it. Until then, I’ll let him [Ruiz] enjoy his Tweets. Let him have his moment.

“He’s bored,” said Whyte when asked why Ruiz would say that he’s lying about the $5 million offer. “There’s only so many enchiladas you can eat before you get bored. After five or six weeks of eating enchiladas, he’s bored. He needs a little bit of spice in his life,” said Whyte in going overboard in reading to Ruiz’s Tweet.

It wouldn’t be shocking if Whyte and his promoter Hearn didn’t make a $5 million offer to Ruiz. After all, Whyte is the same guy who dismissed 41-year-old Luis Ortiz as being a suitable opponent due to his age.

Whyte is now about to fight 40-year-old Alexander Povetkin. And Whyte was ordered to fight Ortiz in a WBC title eliminator, and he chose to face journeyman Dereck Chisora instead.

Whyte to show a copy of the e-mail

“The ‘Can Man’ will bring the full spectrum of seasoning,” continued Whyte in dumping on Ruiz. “The spice, the curry, the barbeque, and it needs a bit more spice. So it’s boxing. That’s how you keep relevant in time like this. Say stuff and come up with stories.

“It just keeps boxing relevant. I’m used to it now. I’m one of the top fighters in the world, so I’m expecting guys to say stuff and make stuff up to try and make things true and all of that stuff, you know?

If Whyte’s phone is still broken on Monday and he can’t show the e-mail offer from Hearn, then it’s going to leave the impression that Ruiz was right. There never was any $5 million offer for Ruiz to face Whyte.


« David Haye: WBC can give Dillian Whyte a Gold or Platinum title