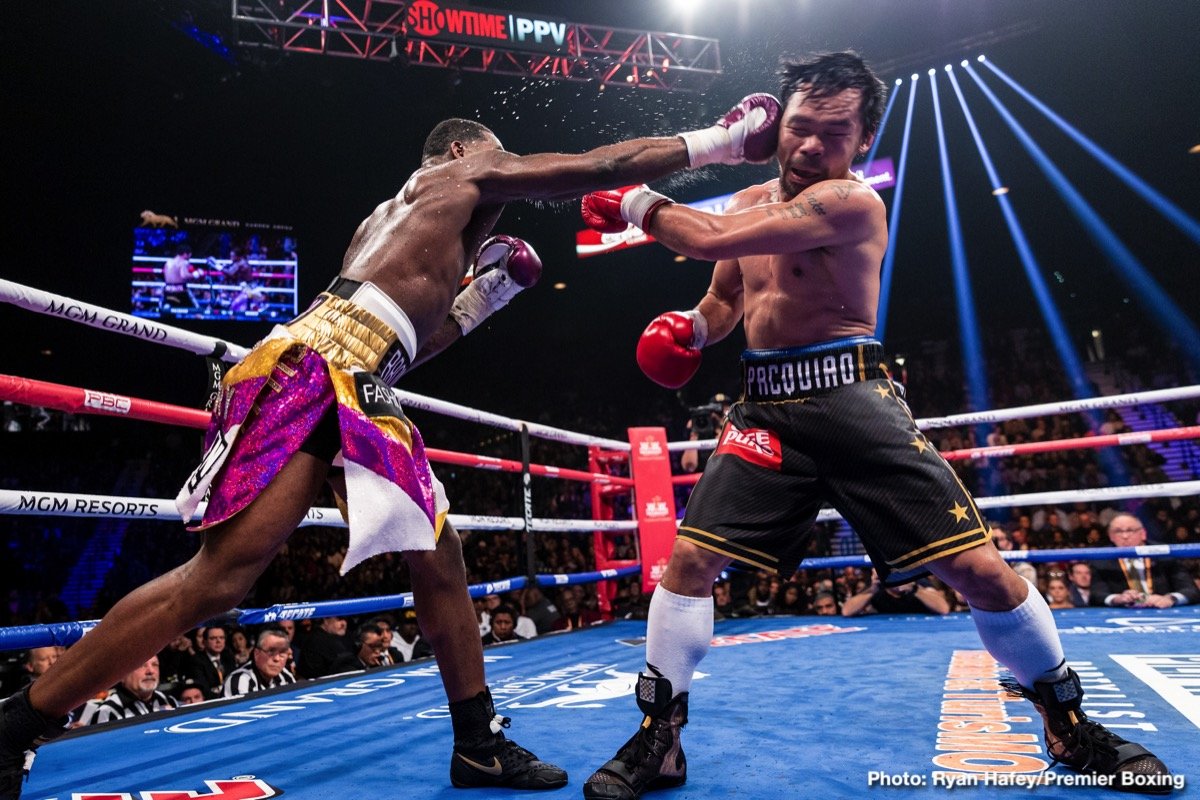 By Chris Williams: Adrien ‘The Problem’ Broner posted a $10 million ultimatum to his adviser Al Haymon and Stephen Espinoza of Showtime, letting them know how much it’s going to cost them for him to return to the ring.

The former four-division world champion Broner (33-4-1, 24 K.O.s) also let Matchroom Boxing promoter Eddie Hearn to contact him and float some numbers for him to take a look at for his inspection. Broner says he’ll fight at 135 or 140, which are excellent weight classes for him. That’s where he should have been for the last eight years.

Broner, 31, hasn’t fought since losing to Manny Pacquiao by a competitive 12 round unanimous decision in January 2019. ‘The Problem’ Broner gave Pacquiao a tougher time than Keith ‘One Time’ Thurman did last July.

Broner wants $10 million for a comeback

“Al Haymon and [Stephen] Espinoza, I need $10 million to come back and fight,” Broner said on his social media. “Man, I did everything for you and fought whoever without no complaining.

“Now send me a direct deposit, or I’m going to Cali to see my peoples that got em for 1200. I’m rich, but I got to stay rich, and my kids got to be rich too.

With a net worth estimated at $10 million, Broner is a long ways off from the wealthy fighters like Floyd Mayweather Jr., Canelo Alvarez, and Anthony Joshua. The decision by Broner to stay at 147 a little too long has resulted in him suffering four defeats and draw, which has hurt his popularity and likely earning potential.

Had Broner moved back down to 135 after his loss to Marcos Maidana in 2012, it’s plausible that he would only have one loss on his record, and he would be a bigger star than he is today.

Now it’s going to be interesting to see if Haymon, Espinoza, or Hearn meet Broner’s money demands to bring him back to boxing. With the sport being shut down due to the global pandemic, they’ll need Broner more than ever when things restart.

If the travel bans are still in place after the summer, then that’s going to limit boxing in the United States to just U.S. based fighters. That means guys like Broner will be in demand.

The travel restrictions will prevent fighters from foreign countries to fly over to fight U.S. based opponents. Broner could be valuable with his popularity and his ability to market fights.