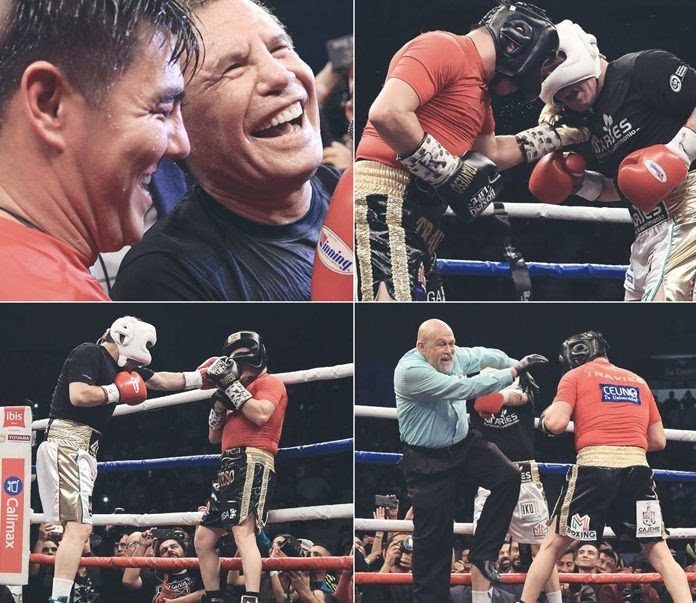 By Mauricio Sulaiman
Son of Jose Sulaiman / WBC President. I’m definitely not going to write anything about coronavirus, as you will find that in every channel, column, chat in what’s app, memes and general conversations with almost everyone.

Today we are going to talk about the phenomenon that two all-time Mexican Greats have achieved.

Julio César Chávez and Jorge “Travieso” Arce have given us two amazing exhibitions, going up to the ring to fight, with headgear and 16-ounce gloves for three scintillating rounds. The first was on November 23, 2019, in Tijuana, and took place due to the great, caring and generous humanity of both, as their goal was to raise funds to support former world champion José Luis Castillo with the medical expenses derived from the accident of ring that his son had during a sparring session.

The second fight happened last Saturday, March 7, in Hermosillo, Sonora, in front of an adoringly enthusiastic crowd of more than 12,000 persons.

We recognize and we applaud these two boxing idols for using their initiative and supporting a friend in need, by giving their absolute best to provide a fantastic and memorable show. We also want to highlight and recognize the great work that the state of Sonora did to help achieve this success. Magnificent and heartfelt teamwork, which is what it’s all about.

I had the great honor to meet Governor Claudia Pavlovich. Chavez and I visited her the same day as the fight to give her a special and well-deserved recognition.

She is a down-to-earth, hard-working person totally in love with her work to serve her state and Mexico. It turns out that boxing brings her great nostalgia and very happy memories of her childhood.

Saturday after Saturday, her father and her watched boxing, and especially when Julio César Chávez got into the ring to make all Mexicans so very proud. We talked a lot about those glorious outings by Chavez. The dramatic knockout of Meldrick Taylor, with just two seconds left in the 12th round, 2 seconds away from losing his undefeated record and his WBC championship. The greatly anticipated and spectacular fight against Héctor “Macho” Camacho, which Julio dominated from start to finish, or the incredible sellout at Aztec Stadium with more than 136 thousand attending and many others.

Julio and I presented an honorary belt to the Governor, with ceramic photographs of her and her father. It was such a deeply emotional moment. She lost her father 3 years ago and boxing is a direct link to her and her dad.

The Secretary of Health, Enrique Clausen, also gave of his very best towards this historic event.

The campaign that became known around that card was very well received. This is the so-called #PónteFrenteAlEspejo, whose aim is to deal with all mental health issues. This social responsibility campaign, “Stand in Front of the Mirror,” has been supported by The WBC Cares program.

Chávez and Arce gave four inspired motivational talks during the week of the fight in the same number of cities, and all of them were a total popular success.

It was a great and unforgettable experience to arrive in Hermosillo and see how the whole city was vibrantly involved with this so special event.

No comp tickets were handed out, all the tickets were sold, and there was exhilaration everywhere, looking for last-minute tickets.

El Travieso conducted himself as a true warrior. He gave weight and height advantage to Chavez, but this was countered with the 17-year difference between the two of them.

Julio injured his ankle two weeks before the show; A serious injury, but his professionalism, and above all, his altruistic heart, pushed him to go up to the ring to bring joy to loyal fans. What a competitor!

Travieso Arce had a record of 68 fights won, eight losses and two draws; WBC world champion at light flyweight, flyweight and super flyweight. He won titles in two other divisions. He was one of the bravest, toughest, most resolute and spectacularly flamboyant boxers in lighter weight divisions’ history. He retired from boxing in 2014. 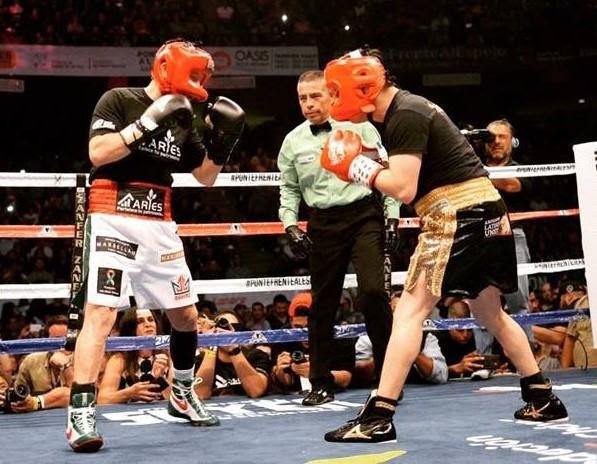 Julio César Chávez had 107 fights won, six losses and two draws. He was World Boxing Council champion in three different categories: super featherweight, lightweight and superlight, and drew twice trying to win the welterweight title. He has an exceptional 37 world title fights (Guinness World Record, unmatched). He went almost 14 years undefeated, from his debut to his first loss, which was against Frankie Randall.

A total of 136,346 fans attended the Azteca Stadium, to watch him fight against, overwhelm, and TKO Greg Haugen in 1993 (also a Guinness World Record) – the greatest Mexican champion of all time and one of the top 10 in world boxing. He retired in 2005.

The show in Hermosillo was a fabulous success. Fans left the arena thrilled and television viewers enjoyed a tremendous show, with superb, quality undercard fights. The whole event was a triumph and the altruistic causes benefited significantly.

The World Boxing Council awarded a commemorative belt to each fighter in recognition of their exemplary social work.

Thank you. I accept any comment, idea, or recommendation at contact@wbcboxing.com.

Fury vs. Joshua: Tyson will make decision on AJ fight in 2020 or later »