By Allan Fox: Former IBF heavyweight champion Charles Martin doesn’t like what he saw from the video of Tyson Fury with his left glove having slipped partially down in one of his fights against Deontay Wilder.

Martin, 33, says he thinks there should be an even playing field in fights, and he thinks that Fury was hitting Wilder with his fist in the unpadded portion of his left glove.

Martin believed that the video that has gone viral on the Internet is from Fury’s LAST fight against former WBC heavyweight champion Wilder (42-1-1, 41 KOs) on February 22 at the MGM Grand in Las Vegas, Nevada.

The highly ranked Martin says he was at the Wilder-Fury 2 fight at ringside on the night, and he saw that Fury was wearing the same trunks and glove as on the video. Fury and Wilder will be fighting a trilogy match in July. In that fight will see who the better fighter is between the two.

If Fury’s floppy glove problem did help him win the second fight, then the third contest should erase the doubt in the minds of fans who the better fighter is between them. Team Wilder will surely tell the referee to keep an eye on Fury’s gloves during the fight to make sure they don’t slip off like we saw in the video.

Martin: Something was wrong with Fury’s glove in Wilder fight

“I’m just a man about no PEDS in the sport, no cheating in the sport. It’s two lions going at it in the heavyweight division,” said Charles Martin to IFL TV when asked about his view on the Fury win over Wilder. “It’s very dangerous and I think everybody should be fighting on a fair playing field.

“These rumors are coming out about how there was something wrong with his [Fury] glove and all this stuff. I mean, who knows? Well, I seen it. The Internet is s— anyways. It could have been photoshopped. Who knows?

“A lot of people say that, but them trunks and the gloves [Fury was wearing in the video] were from the last fight. I was there at the last fight,” said Martin about the video that surfaced of Fury’s left glove having slipped down during his fight with Wilder.

Fury’s left glove looked like it had slipped off to the point where he was hitting Wilder with an empty front portion. Whether Fury was hitting Wilder with the unpadded portion of his left glove is debatable. Fury’s shots that seemed to bother Wilder during the fight were his right hands that landed BEHIND his head. He was clearly hurt by those shots. Also, Wilder’s bleeding left ear likely was cut from one of Fury’s right hands.

What is surprising is that a better video hasn’t come out on Fury’s last fight with Wilder to show greater slow-mo detail of his floppy left glove. Another thing you have to think about is why didn’t the referee catch the problem?

Fury’s fist was at bottom of glove – Martin

“But yeah, that was from the last fight, but his s— [left glove] was like flopping and stuff like that. It looked like his fist was at the bottom of the glove where there’s no padding, you know what I mean?” said Martin about Fury.

“He was like hitting him with this [with unpadded portion of the glove,” Martin said of Fury hitting Wilder with the web portion of his left glove.”I’m an honest man. The s—- didn’t look right. So maybe that’s why he busted his eardrum or something with that crazy shot with the glove being messed up like that.

A lot of boxing fans are critical of Martin for him stating his opinion on the Wilder vs. Fury video. The fans seem to want Martin to give Fury credit for his win over Wilder, and not comment on his glove problem, which some of them believe was from the first fight.

It’s hard to determine whether Fury’s glove issue was from the first or the second because he’s wearing green gloves and his trunks appear to be the same as the ones he wore in the second fight.

“They watch you pee, and make sure they get the samples,” said Martin when asked what the Commission do before the fight starts.

“They watch you wrap your hands, and make sure everything is fair. And they watch you put your gloves on, and tape your gloves. Money makes people look away. How about that. It’s as simple as I can say it. I think it looked crazy. The glove looked messed up. So I don’t know.

“I’m not going to say too much, but that’s what I’ll say. That’s bull-s—. You put it on, you walked out there. That’s bull-s—,” said Martin on Wilder’s ring-walk outfit excuse for why he lost to Fury. “I don’t buy it. I’m not with him on that, you know what I mean?” said Martin in not agreeing with Wilder.

Martin doesn’t agree with the excuse Wilder made about being weakened from wearing a 45-lb uniform during his ring walk before the fight. He blames that problem on Wilder for choosing to wear the heavy vest.

Martin is coming off of a 6th round knockout win over former world heavyweight title challenger Gerald Washington on February 22 on the undercard of the Wilder vs. Fury 2 fight in Las Vegas. Charles says his next fight will be in the summer in a world title eliminator.

Martin didn’t say for which title he’ll be fighting in the eliminator, but it’s likely the IBF belt. That’s where he’s ranked at #11. If Martin wins that, he’ll potentially get a world title shot in 2021 or 2022. 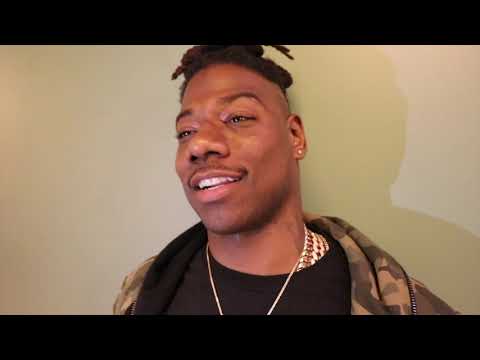 
« Amir Khan to fight in summertime

Angel Garcia wants Keith Thurman to give Danny a rematch »