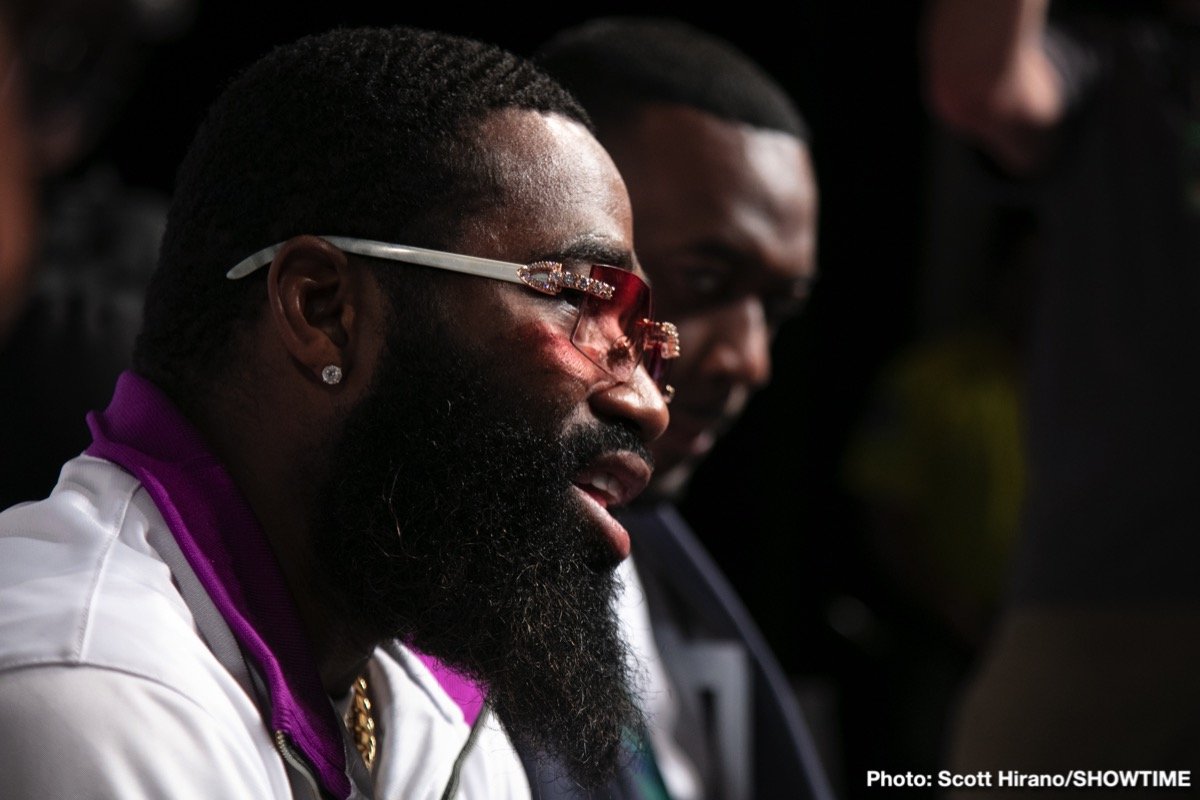 By Matt Lieberman: Teddy Atlas says he was disappointed at hearing about the talented former four-division world champion Adrien Broner being arrested for a DUI recently. Atlas says that Broner (33-4-1, 24 KOs) needs help, and he’s saying that the people around the 30-year-old should be stepping up to give him guidance.

With Broner no longer fighting, boxing fans now only hear about what he does outside of the ring.

Can Atlas turn Broner’s career around?

Atlas could volunteer to give Broner some mentoring and put him through a boot camp of sorts to restart his career. Broner would be a good project for Atlas to see if the great trainer can turn his career around. With a lot of boxing fans seeing Broner as ‘over-the-hill,’ this could be a good salvage opportunity for Atlas.

It would be like what the late NFL coach George Allen did with the Washington Redskins in the early 1970s. Allen assembled a bunch of older players, who were called the ‘Over-the-Hill Gang,’ and he took them to the Super Bowl. If Atlas could turn Broner’s career around, he would be seen as a genius.

Broner’s once-promising boxing career has come to a screeching halt since his 12 round decision loss to Manny Pacquiao in January 2019. Adrien, nicknamed ‘The Problem’, hasn’t fought since then despite having given Pacquiao a tough time in losing.

The loss for Broner was his second in three tries, and it highlighted the reality that he doesn’t fit well at 140 or 147. He’s not capable of beating the best in those two weight classes like he had when he campaigned at super featherweight [130] and lightweight [135]. 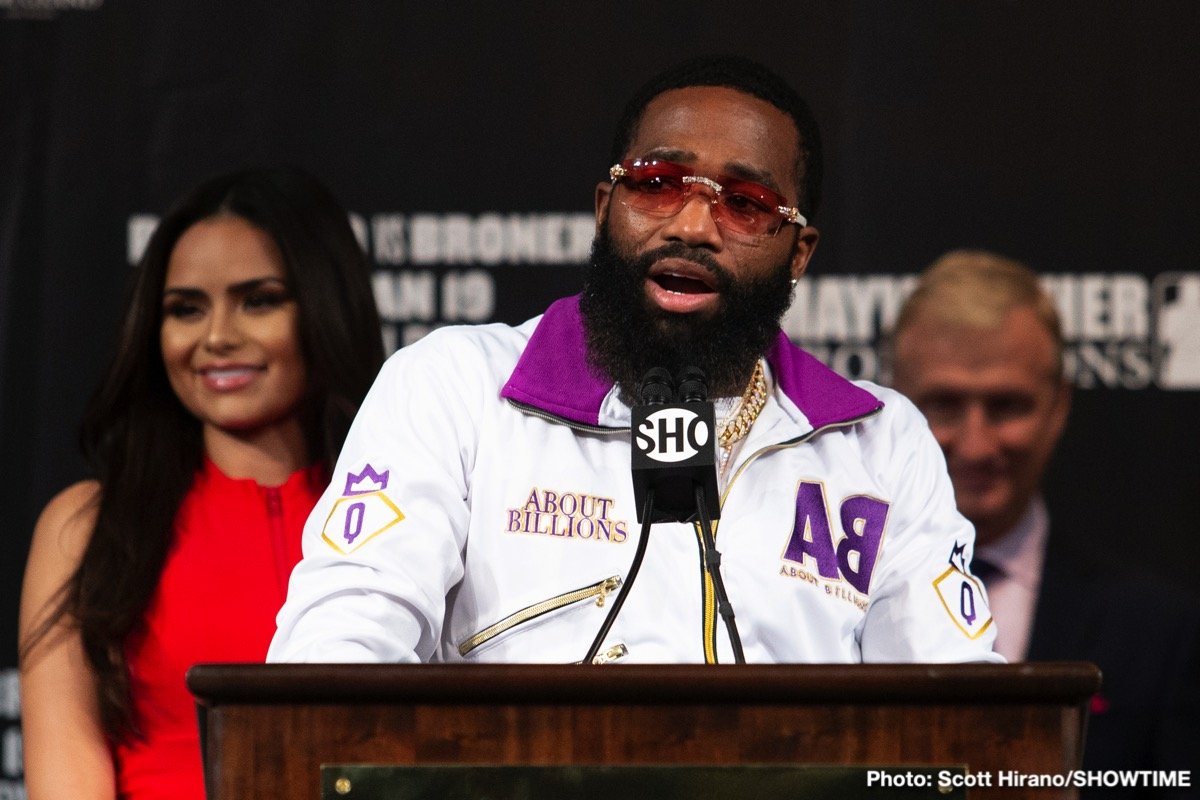 “I don’t want to make fun of anyone’s expenses. It’s sad, the kid needs help,” said Atlas about Broner in talking to THE FIGHT with Teddy Atlas. “I’m from the place where I had to learn to be accountable for myself. I made plenty of mistakes in my life, and I made them and I corrected them.

“So I believe that you’re responsible for yourself when you hit a certain age,” said Atlas in continuing to talk about Broner. “You’re accountable as a man, as a person, for your decisions. Nobody is protected from the truth, I don’t think. You shouldn’t be protected. The people around him [Broner] have a responsibility.

“They all made money with him [Broner], and listen, is it their responsibility that he’s DUI or that he’s done some of the things that he’s done to people to be arrested. Not just recently but even before. Is it them doing it?

“No, I’m not saying that. I’m just saying that these people that have been around him and made money with him, maybe they have to take a little responsibility,” said Atlas on Broner’s entourage.

Broner seems to do better when he’s busy with his career, and not taking long stretches in between fights like we’re seeing now. It would be better for Adrien to keep fighting, but that’s not possible right now with the coronavirus. But when boxing is allowed to continue, Broner needs to restart his career, and move back down to super-featherweight. He’s not quick or powerful enough to fight at 140 or 147.

Atlas: Broner’s behavior has been tolerated

“Guess what? If he’s doing things wrong socially as a person, it’s your job to correct him because it could impact him. It will impact him. It’s your job in being around him being in that position. You do have a responsibility just as you do in telling him to keep his right hand up when he throws his jab. You have a responsibility to care about that element and that side of it.

“That element, from what I can see, and I’m not there, I’ll qualify it again, but from what I can see, they seem to have tolerated it,” said Atlas on Broner’s friends. “I think that’s a fair word. They seem to have tolerated some of his obnoxious behavior, and some of the stuff that was bad stuff to be seen,” said Atlas in discussing Broner’s situation.

Atlas is assuming that Broner’s friends can control his behavior, and that may not be possible. Broner is wealthy, and people gravitate to him. Would they be willing to dare tell Broner what he should be doing with his life? 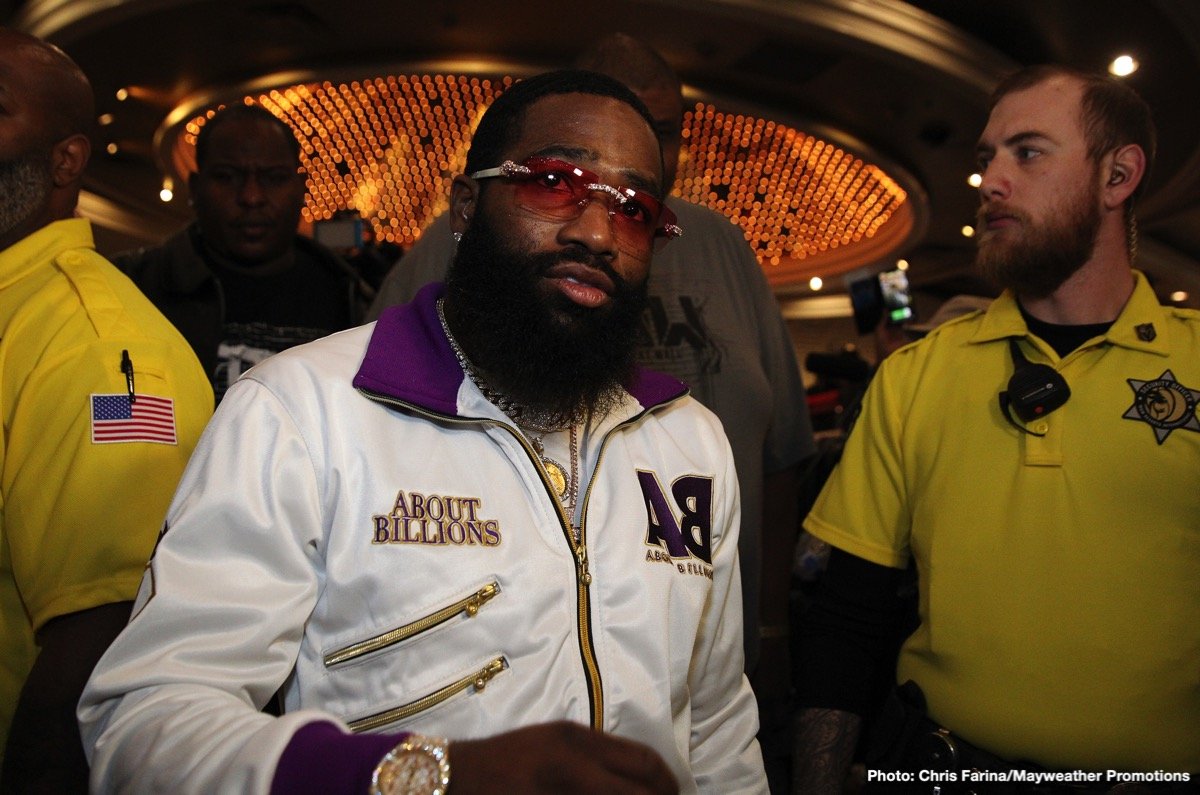 “It’s kind of like seeing someone doing one thing and he’s had problems with drugs, and you see them drinking and you get worried,” said Atlas. “That person will say to you, ‘It’s only a beer.’ Yeah, with this particular person, that beer could lead to something maybe a little bit more destructive.

“You see that kind of behavior and that kind of action and you say with this guy it could lead to other things. Let’s stop it. Let’s stop it and nip it in the bud, and let’s say something. I just wish he [Broner] had people around him.

“Maybe someone did say something, but they didn’t say enough. It’s not all on them, but having said that, it’s sad. The kid [Broner] needs help. It’s sad that he’s destroying himself. Is it the first time seeing this with a promising athlete or a person that has talent in any area.

“It doesn’t even have to be athletics that they could destroy themselves and go down a reckless path, an unfortunate destructive path, no. It’s just too bad when you see it. I think it’s not good when you see it. That’s all I’m saying,” said Atlas.

This is one DUI, and perhaps this has given Broner a wakeup call in his life. Maybe this is what Broner needed to get his life back on the right path. What Broner needs is to keep his weight down, and not blow up the way he’s done in between fights. He’s obviously not at the right level fighting guys like Pacquiao at 147, Mikey Garcia or Shawn Porter. Broner doesn’t have the ability to fight in those weight classes.


« Bob Arum: Pacquiao is an OLD man, leave him alone